While saloons of the past bore little resemblance to, say, Cheers in Boston, The Bamboo Lounge in Goodfellas, or De Rossi’s Wine Bar in Dr. Who, they were nevertheless places where everybody knew your name… if not more.

The world’s oldest continuously operated drinking establishment is recognized by the Guinness Book of World Records as Sean’s Bar, in the medieval Irish town of Athlone. Brews have been poured there since the year 950 A.D. On the other side of the Atlantic, the oldest bar in the United States is The White Horse Tavern in Newport, Rhode Island. It was founded in 1673, nearly 750 years after Sean’s.

All are fun facts, but you don’t have to travel to experience the history of bars and saloons when you can do so vicariously with saloon collectibles. Here are six popular types:

Let’s say you bought a round of drinks for your friends. You paid for them all, but if someone already had a drink, the bartender would instead give the person a token good for their next drink. 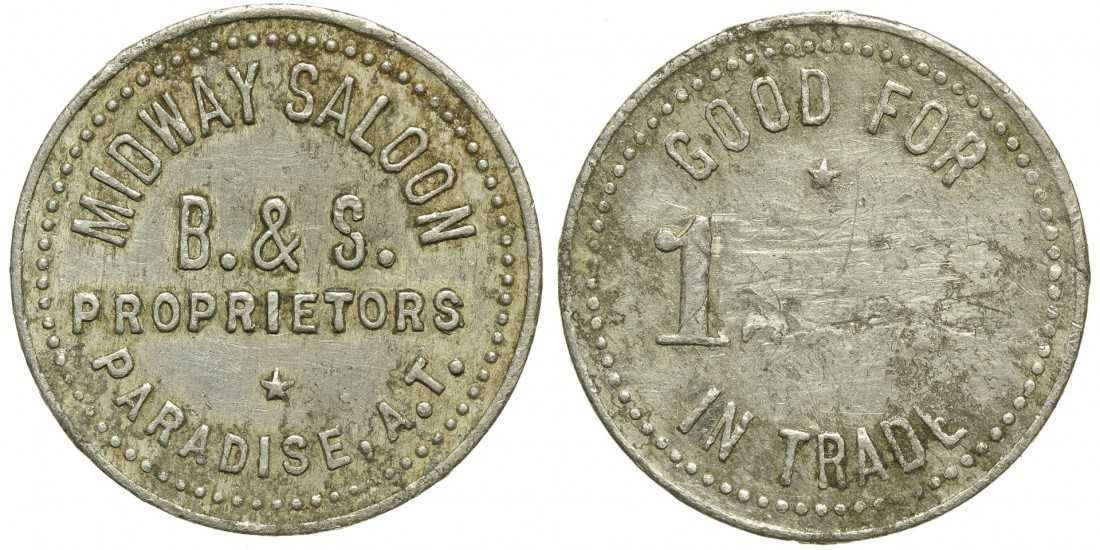 Saloon tokens were a familiar sight from the 17th- through early 20th century in Great Britain and the United States. There are literally thousands of individual saloon tokens available to collect.

Most saloon tokens bore the name of the establishment that issued it and the amount it was good for, however some tokens did not have a have a name imprinted on it. These are “mavericks” and comprise a collecting category all their own. )Learn more at www.tokenandmedal.org.)

Interestingly, the physical structure is technically known as the tavern, public house or “pub” for short (British), or saloon. The “bar” is actually the metal or wooden rail that extends along the bottom of the usually long wooden structure where drinks are dispensed. Yet, over time, the entire establishment has come to be known as a “bar.”

In the past, the metal bar was the most distinctive part of the tavern. With spittoons placed at convenient points from one end to the other, a bar could be either simple or highly decorative – usually a reflection of whether its clientele was neighborly or distinguished. Antique photos of saloons immediately identify whether they were upscale or down-to-earth places, simply by the type of bar and other fixtures depicted. 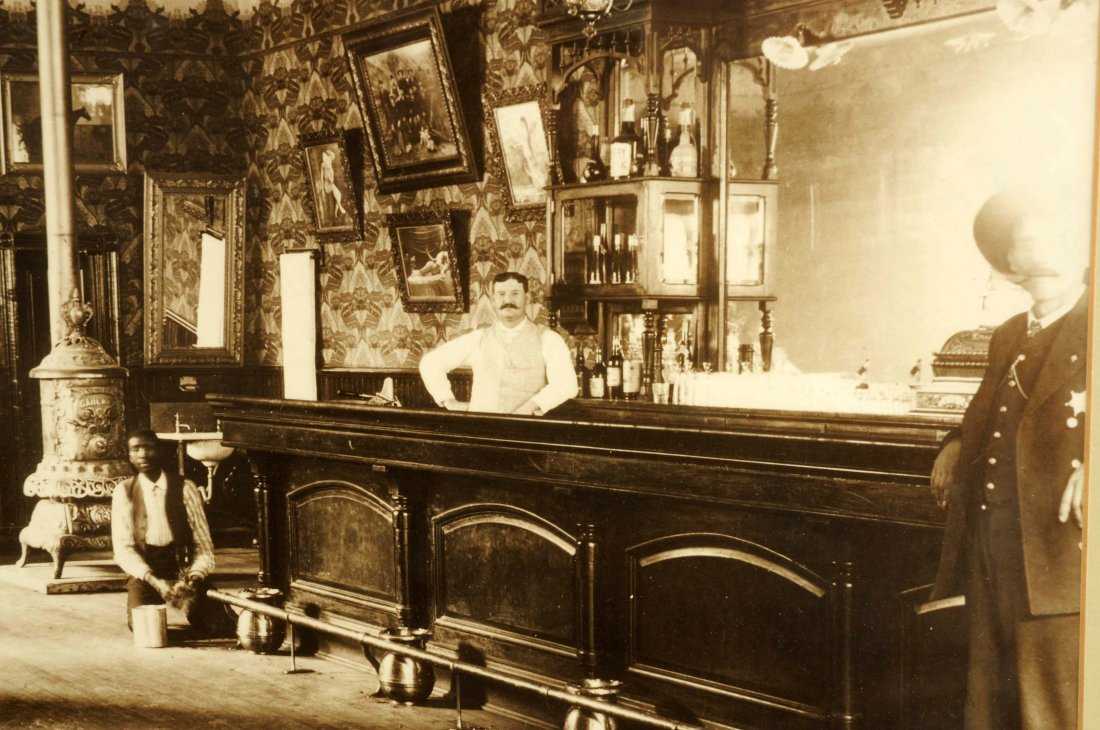 Vintage photograph of a Western saloon, circa 19th century, sold for $3,750. Image courtesy of LiveAuctioneers.com Archive and Dan Morphy Auctions

Early saloon photos are historical works of art that capture a moment in time that has since been lost, such as this picture of a circa-19th-century Western saloon that sold for $3,750. Note the lawman standing at the far right of the bar and the spittoons placed along the length of the bar.

Luring thirsty drinkers during the mid-19th-century Gold Rush era wasn’t difficult. Main streets of larger towns were littered with bars and saloons on every corner and anyplace in between. But in smaller localities, a bit of gambling could attract local patrons on a more regular basis, just as “happy hour” or a live band might do today. 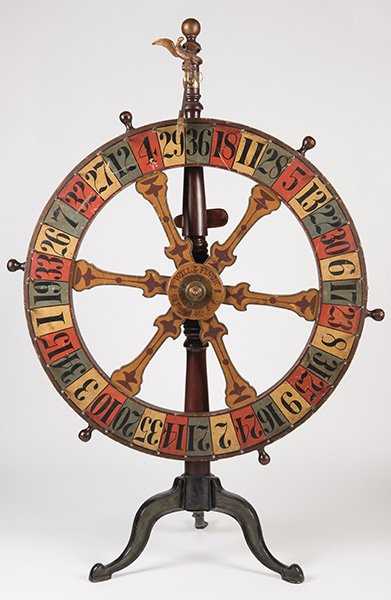 Will & Finck Gambling Wheel, circa 1900, sold for $10,000. Image courtesy of  LiveAuctioneers.com Archive and Potter and Potter Auctions

Early gambling devices are coveted saloon collectibles. The circa-1900 Will & Finck gambling wheel shown above sold for $10,000 at auction. Gambling collectibles range from a simple deck of old cards to gambling chips to the more sophisticated coin-operated poker machines, which are mostly electronic today. 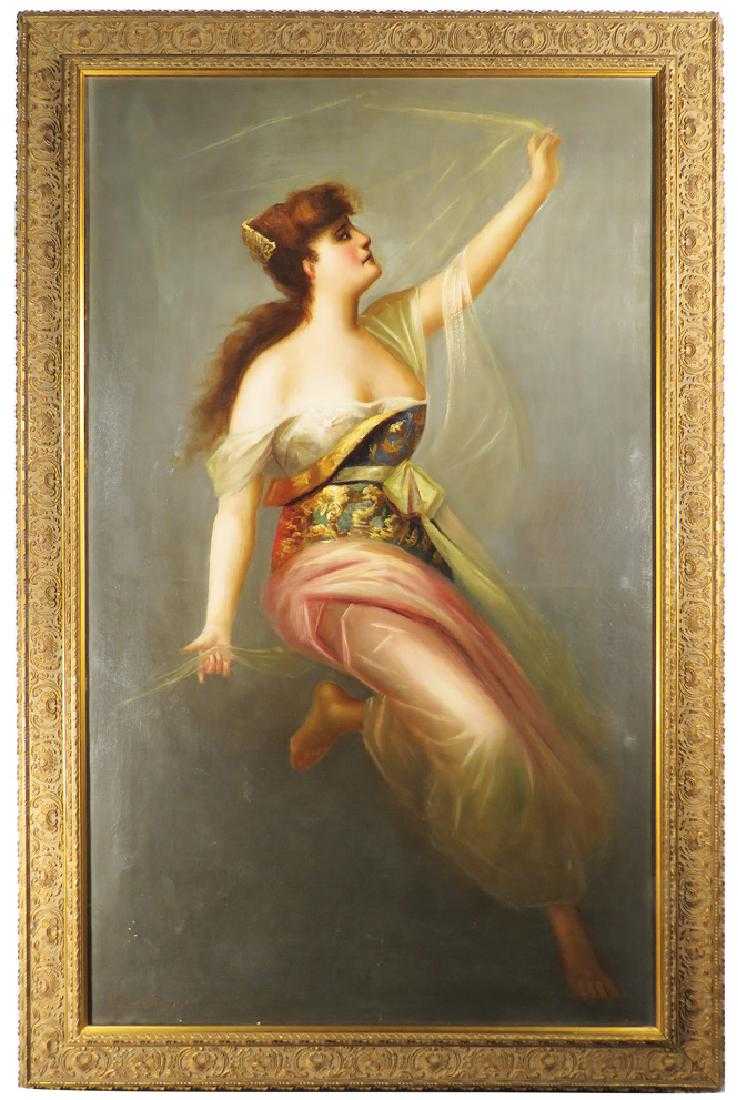 Example of a saloon painting of a woman, circa early 20th century. Image courtesy of LiveAuctioneers.com Archive and Showtime Auction Services

Collectors seek out such paintings of “pretty women,” as well as paintings that depict saloons themselves. Although most paintings of saloons were not created contemporaneously, each still bears witness to the rough-and-tumble, often transitory nature of those who frequented saloons of the Old West.

Early hand-painted signs advertising saloons and/or the beverages they served came in two types: highly artistic and colorful, or hand-carved wooden posts to be nailed above the front door. 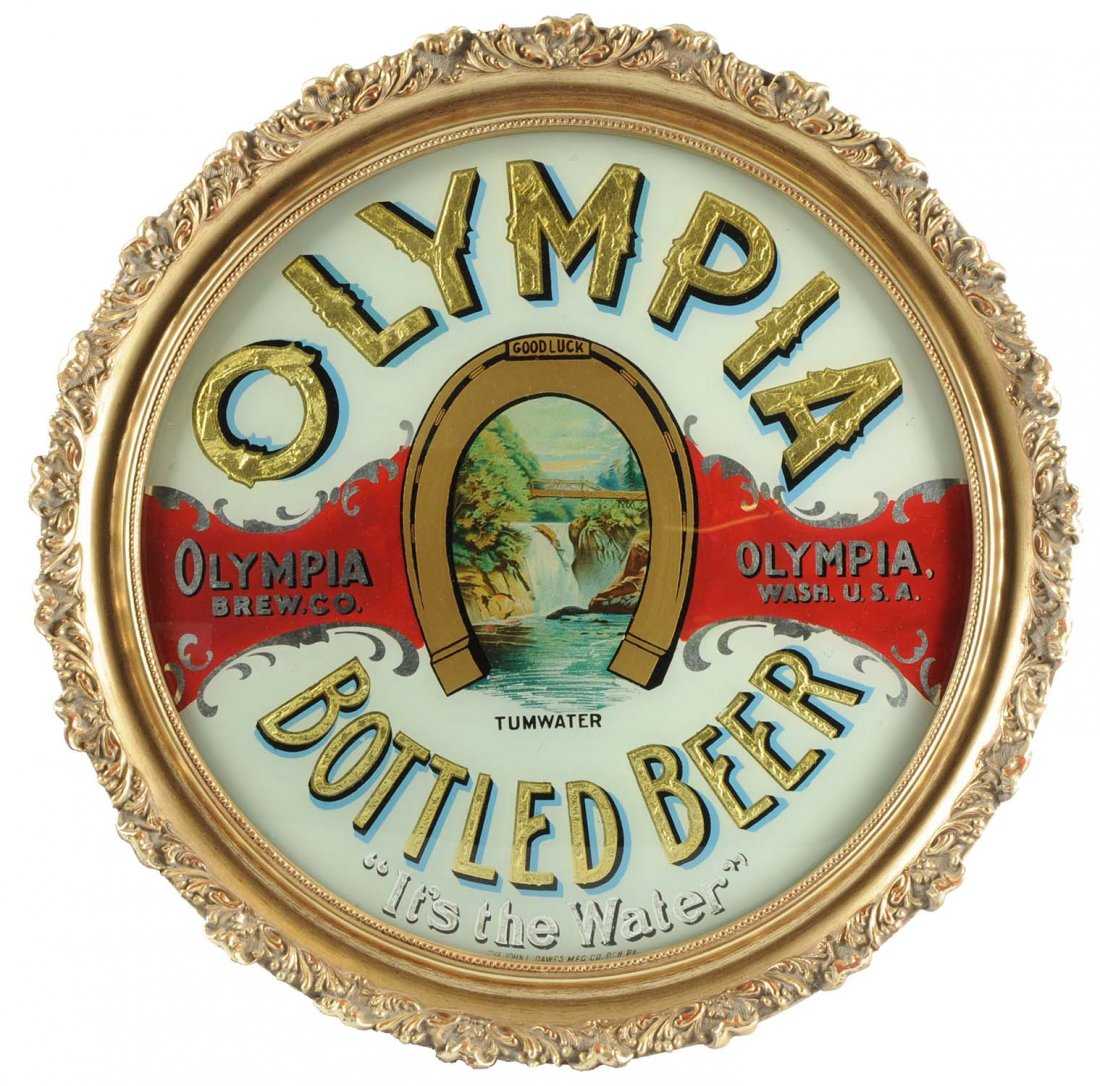 Some collectors focus on acquiring signs for a particular product, the city where a beverage was manufactured, a particular timeframe, or some other criterion. Because such signs were made in limited numbers, rarity and condition can make even a small collection a worthy one.

In large cities or rural towns, inevitably there would be more than one saloon within easy reach in a given geographical area. How to advertise? Simple. Create your own advertising items.

Collectors can be as broad or as narrow in scope as they wish when pursuing saloon advertising items. Just a few of the items available are: pocket mirrors, calendars, whiskey jugs, coin purses, match holders, and even saloon currency.

Saloon currency, such as the example shown here, was an early form of advertising. It sold at auction for $150. Image courtesy of LiveAuctioneers.com Archives and Early American History Auctions

Whether you call them saloons, bars or pubs, you’ll find no shortage of material at auction that pertains to drinking establishments of centuries ago. Collecting such items can be a fascinating way to visually review a part of social history that unfolded from continent to continent and coast to coast.

Something plush is underfoot in Jasper52’s Sept. 4 Premier Rugs sale
Scroll to top