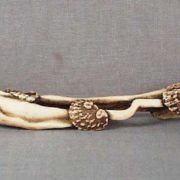 For many centuries Japanese artists have embraced the concept of “less is more.” The elegant simplicity of Japanese decorative art appeals to a market that extends well beyond the Far East.

The Japanese approach to artistry often draws on nature for inspiration, sometimes with a witty touch. Here’s a selection of Japanese decorative art that expresses that special methodology.

This Japanese Hiramaki-e box, beautifully lacquered with gold scrolling vines, delicate leaves and a repeating circular mon (family crest) against a black lacquer ground, was probably commissioned by a wealthy Japanese family during the Meiji period (1868–1912). 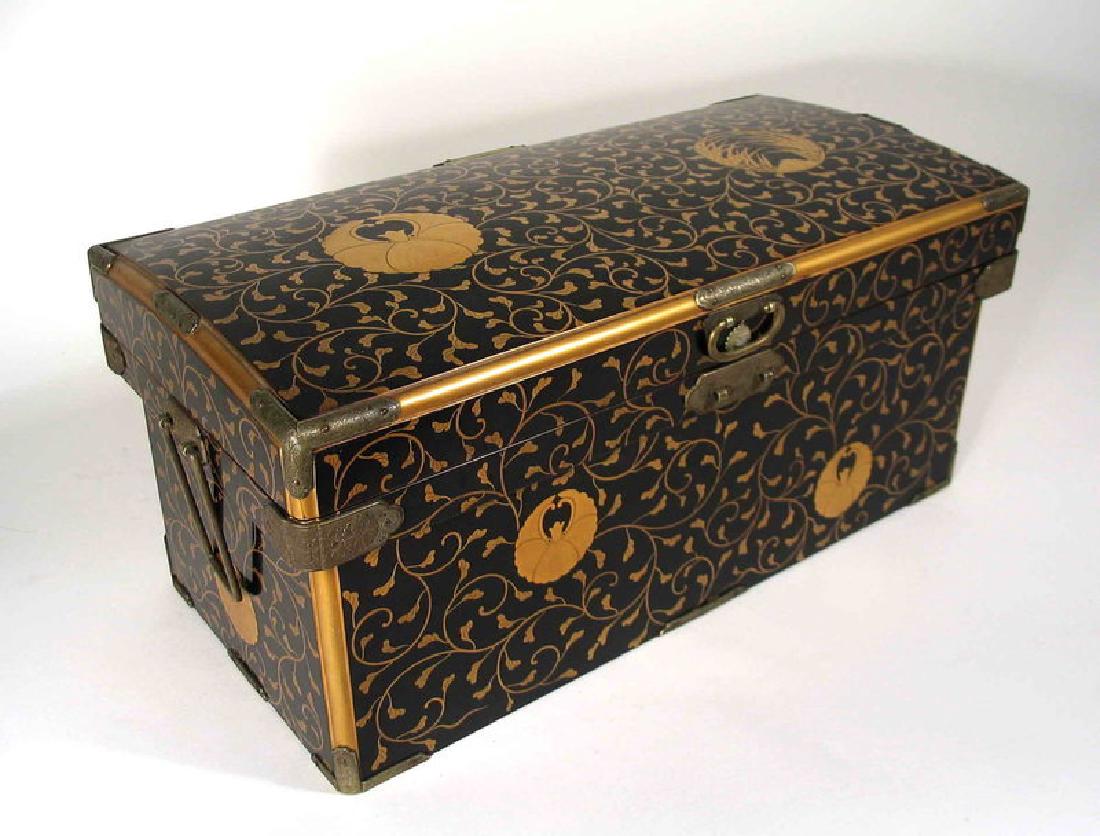 A nearly finished preparatory drawing by Utagawa Kuniyoshi for his “Views of Provinces of Greater Japan” series, circa 1845, is from a well-documented group of albums from the artist’s studio. It is an ink-on-paper work. 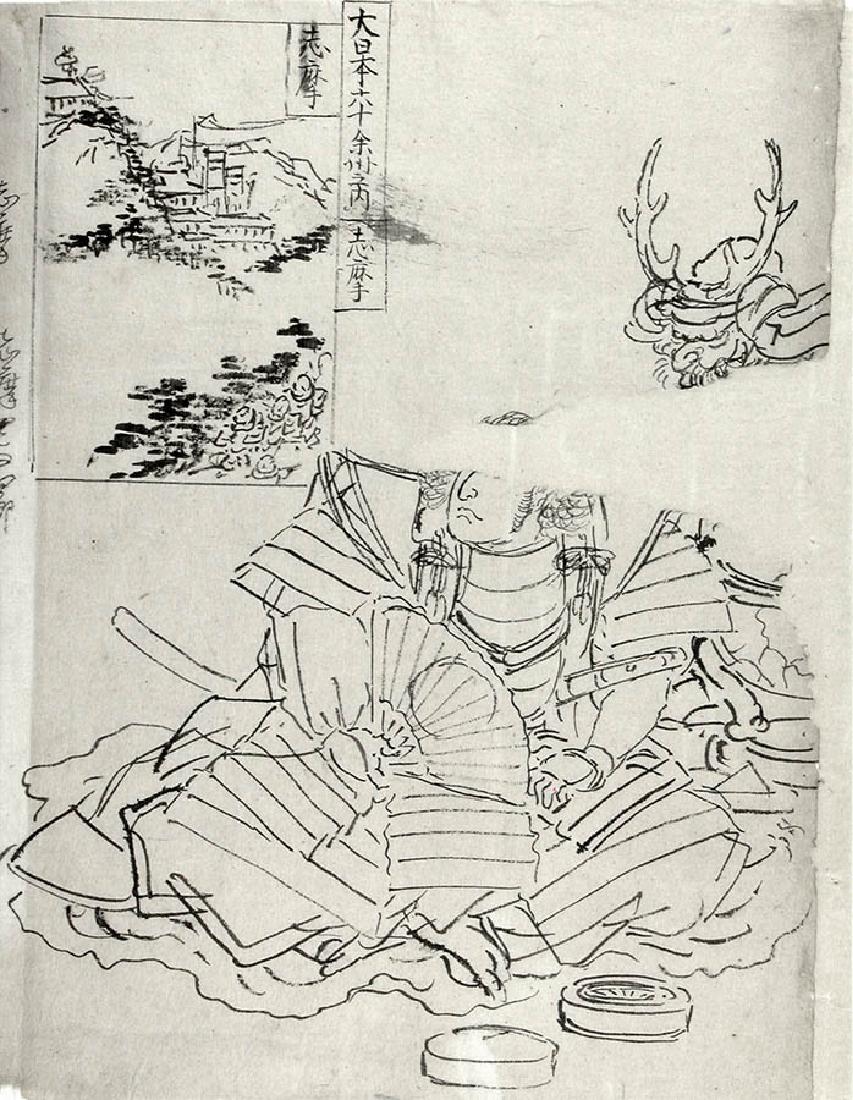 Three Monkeys – See No Evil, Hear No Evil and Speak No Evil – comprise the theme of a meticulously carved tonkotsu, a Japanese tobacco box, which would have been suspended from a man’s belt or sash. This fine example dates to the mid-19th century. 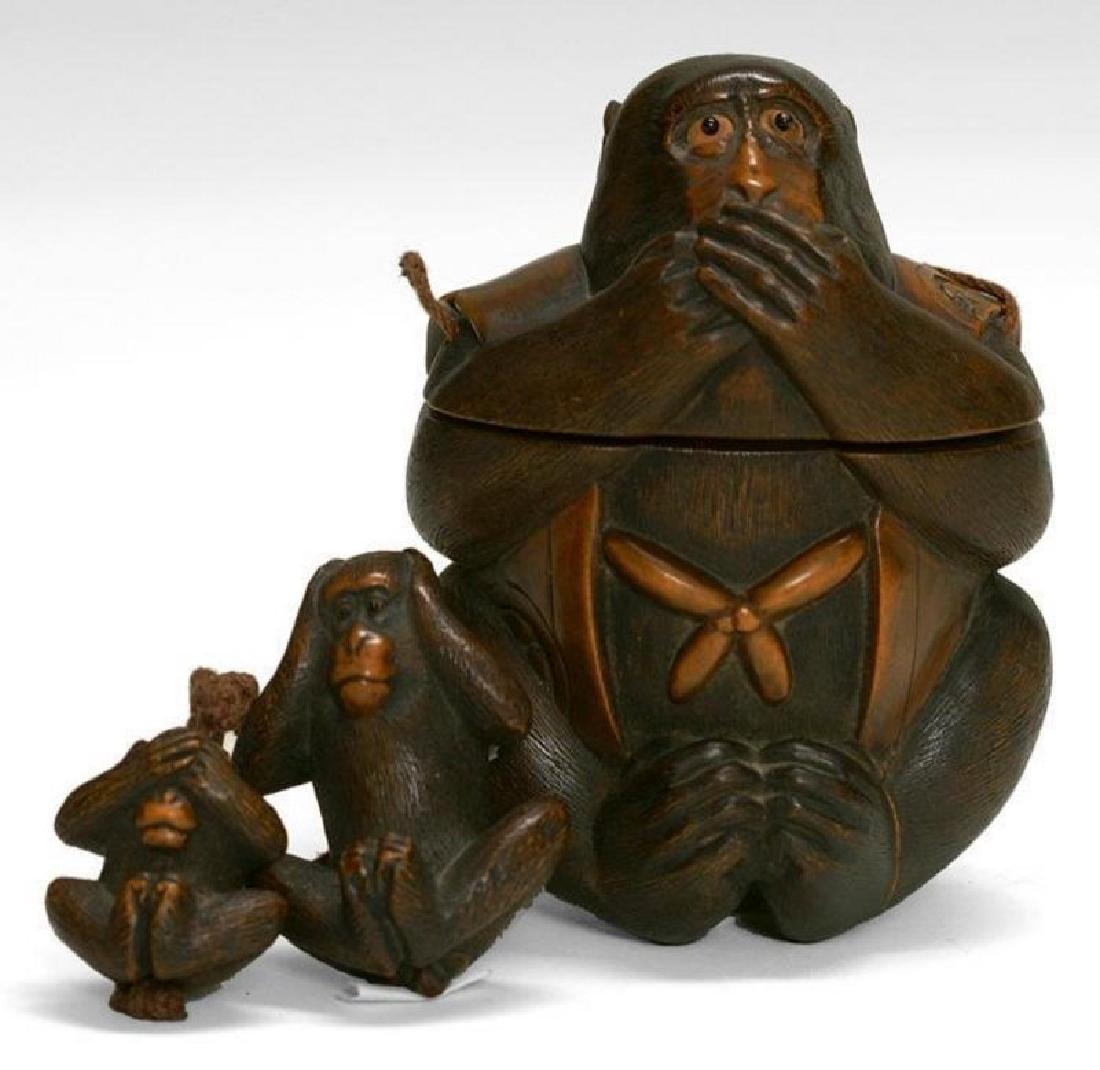 Mingei is a word meaning “arts of the people.” It was coined by Soetsu Yanagi, combining the Japanese words for “all people” (min) and “art” (gei). His keen eye discerned that many useful, pre-industrial articles made by unknown craftsmen had a beauty seldom equaled by artists of modern societies. This type of art shares a direct simplicity and reflects a joy in making, by hand, useful objects that are satisfying to the human spirit.

A large Japanese carved wood Daikoku figure from the Meiji Period is a fine example of mingei. One of the seven Japanese gods of good fortune, Daikoku is the deity of prosperity. Here he is seen in his traditional pose, standing on two bales of rice with his wish-granting mallet in his right hand, and a bag of riches slung over his left shoulder. Daikoku is also venerated as the deity of the kitchen, where such carvings were traditionally displayed for good luck. 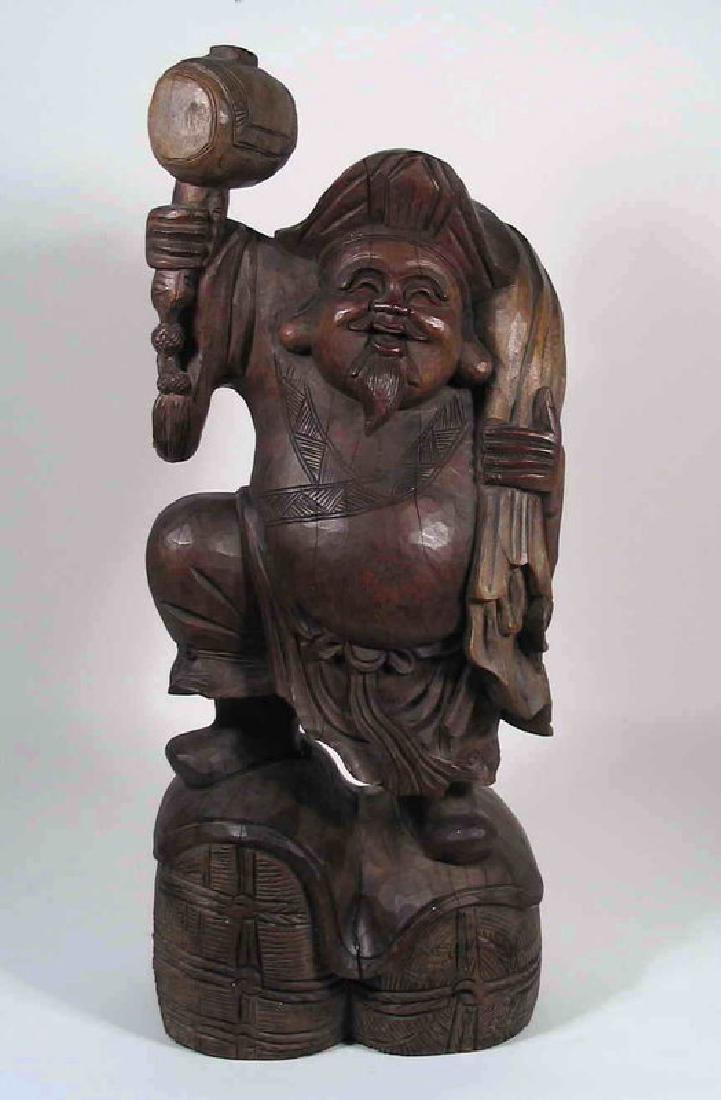 Also from the 19th century is a 6½-inch bronze ox, ridden by a boy. The body of the ox doubles as a container. 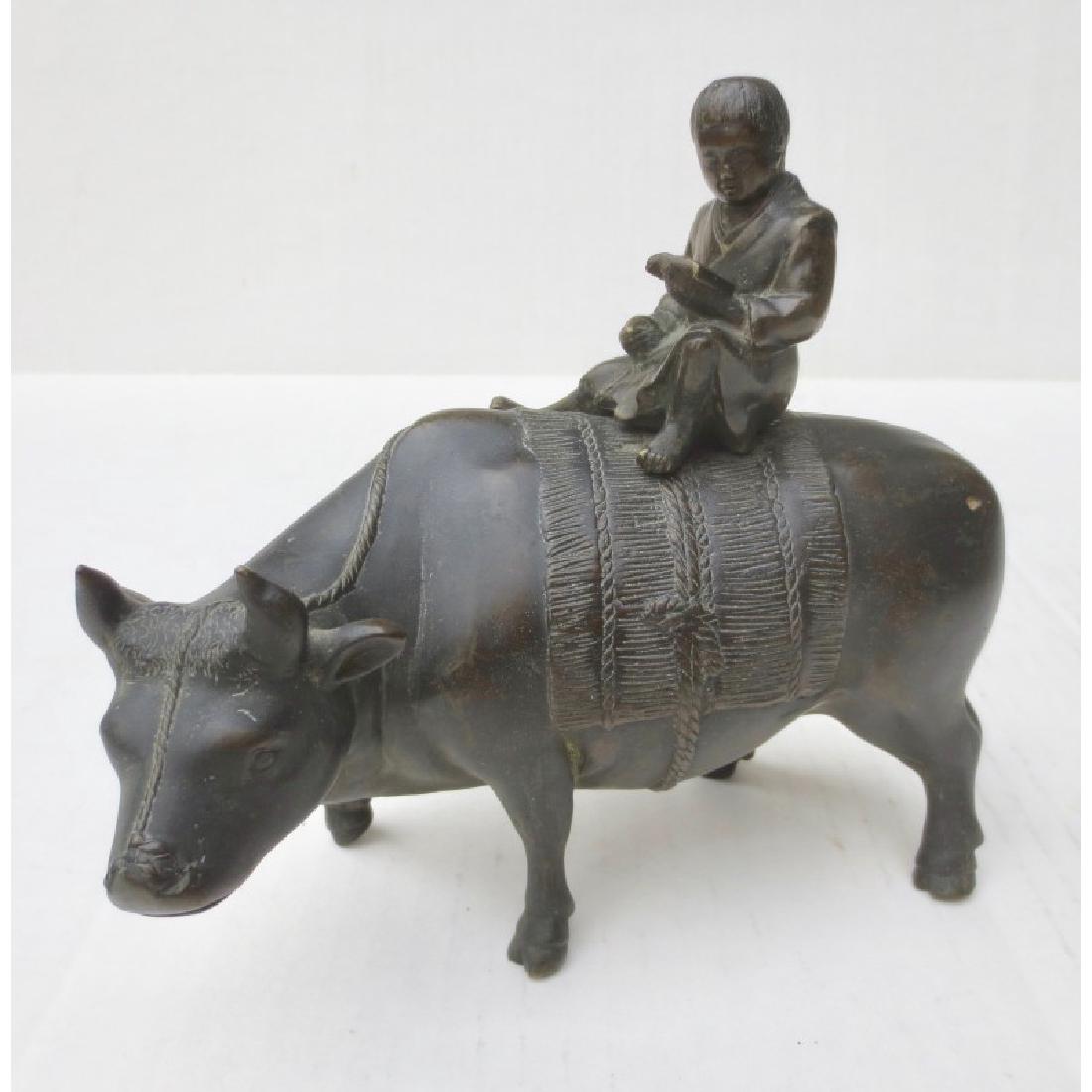 A 19th-century Asakusa school kiseruzutsu, a Japanese tobacco pipe holder or case, is stag horn carved in the shape of a stem of Immortality Fungus with five heads. This exotic and elegantly carved piece is 7½ inches long.

View the full catalog containing many other pieces that express the Japanese approach to decorative art.