Early photographs are appealing for several reasons. They have artistic value, sometimes historical relevance, and often a connection to personal and societal moments captured in time. An element sometimes forgotten among the other qualities of early photographs is the scientific innovation within photographic processes. Remarkably intricate processes shaped the evolution of photography, and one of those processes is photogravure.

When asked about the simplest definition of the complex process of photogravure, Wm. B. Becker, director of The American Museum of Photography, provided this explanation:

“It’s a way of printing photographs in ink instead of using chemicals. There is no dot pattern like you’d see in a photo printed in a newspaper or magazine.” 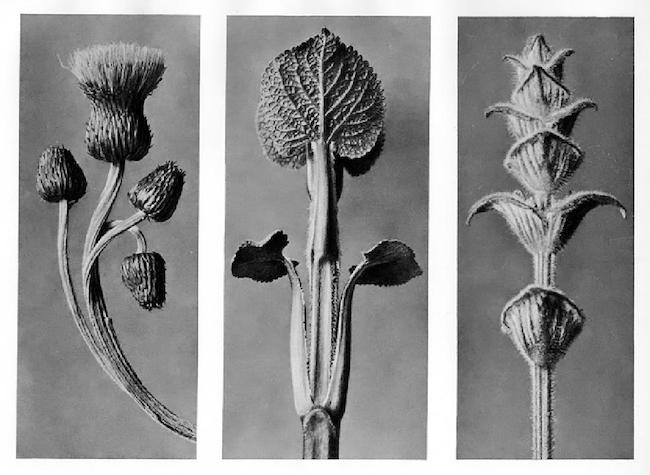 Becker, who has curated exhibitions and published two books and dozens of articles about the history of photography, further explained that the photomechanical process results in prints that are made in ink on a printing press. The process involves transferring the photographic image onto a copper printing plate. The plate is then etched to retain ink in areas corresponding to the black sections of a picture.

The process, patented by Karl Klič in 1879, has inspired generations of  photographers and produced a multitude of impressive gravures. The process Klič formalized expanded on the method of photoglyphic engraving developed by William Henry Fox Talbot.

As with many forms of art, there are names that are commonly cited as leaders in the field. The history of photogravure is no exception, and among its most referenced pioneers and champions are:

• Alfred Stieglitz (1864-1946) is an American photographer whose contributions to the advancement and appreciation of photography are numerous. He founded the Photo-Secession Movement, which, according to information from The J. Paul Getty Museum site, is defined as an attempt “to prove that pictorialist photography was a fine art form.” 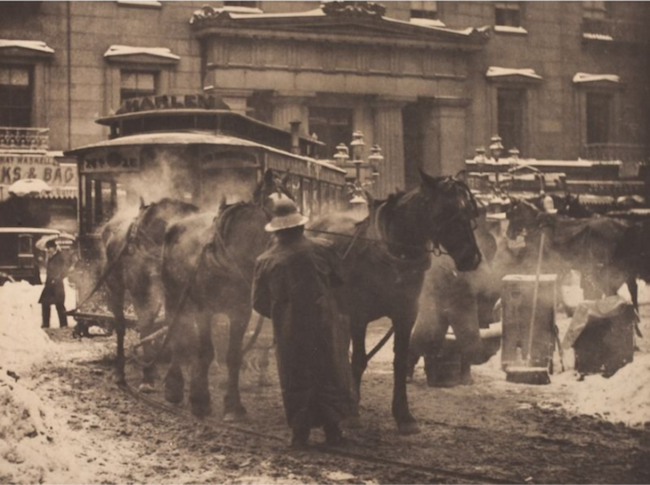 Stieglitz’s archive of early work seems to serve as a diary of his travels. In the 1890s his photographs included scenes taken in various European countries as well as the bustling streets of New York City, just ahead of the turn of the 20th century.

Upon his return from studying in Germany, Stieglitz’s father helped secure a job for him at the New-York Photogravure Co., Becker explained. It’s believed that this company published Stieglitz’s first portfolio. Stieglitz went on to also head the very popular periodical, Camera Work magazine. 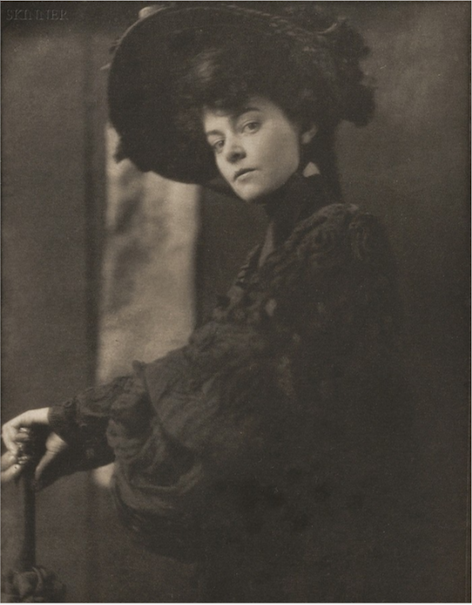 • Gertrude Kasebier (1852-1934) was among the early modernists who were members of the Photo-Secession group, said Becker. Before producing revered photographs, she was an art student at the Pratt Institute. She was also one of the first two women to be elected to the British Linked Ring (also referred to as The Brotherhood of the Linked Ring).  The group’s focus, similar to that of the Photo-Secession Movement, was to present and promote photography as a form of fine art, that drew on science to continually improve and evolve.

Becker cites “The Manger” and “Blessed Art Thou Amongst Women” as some of Kasebier’s most creative photographs turned into gravures for Camera Work magazine.

• Edward Steichen (1879-1973) was a native of Luxembourg, who moved with his family to the United States when he was a child. Early on, teachers identified his artistic talents. Eventually he worked as an apprentice at the American Fine Art Company, which resulted in his exposure to photography. In short order, he was exhibiting his photography at shows. According to information at the International Photography Hall of Fame website, he participated in his first show when he was just 19, and the single juror of that show was another famed photographer and practitioners of the photogravure process, Clarence White. 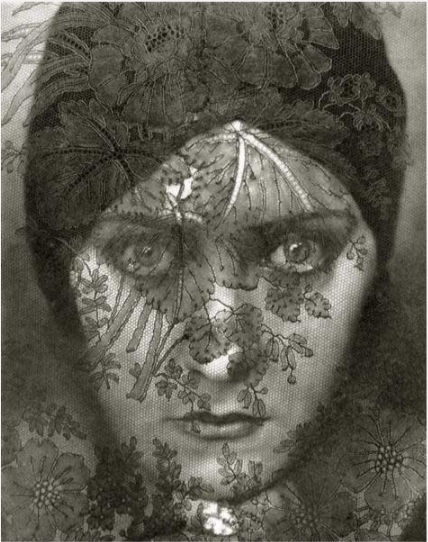 At the age of 20, Steichen sold his first photographs to none other than Alfred Stieglitz, and a couple years later he joined Stieglitz in forming the Photo-Secession. His work appeared in Vogue, Vanity Fair, and Art et Decoration. Subjects of his portraits included Greta Garbo, Charlie Chaplin, and George Gershwin, among others.

Becker points to works including “The Flatiron,” “J P Morgan,” and “Pond – Moonlight,” as beautiful and innovative examples of Steichen’s work.

• Peter Henry Emerson (1856-1936) began life in Cuba, lived in the United States for a time during his youth, and ultimately moved to England as a teen. His dedication and promotion of the naturalistic approach to photography is at the cornerstone of his career portfolio.

As Becker points out, Emerson was among the first to use photogravure as a means of distributing his photographs. They were included in bound volumes and at least one portfolio. His book titled Naturalistic Photography for Students of the Art was published in 1889. Among the profound statements Emerson makes in this highly sought-after reference is, “Many photographers think they are photographing nature when they are only caricaturing her.”

Whether looking for examples by these oft-referenced iconic photographers, or contemporary photographers, Becker says the collector should start by knowing exactly what they are buying — and the best way to do that is to ask questions. He suggests these queries:

View this week’s Vintage Gravures auction and find your next artwork.

Wm. B. Becker is a journalist, writer, collector and historian of photography. In addition to serving as director of the award-winning online museum The American Museum of Photography, images from his collection have been exhibited at museums in the United States and Europe, and have appeared in numerous publications. His 25-year career in media resulted in four Emmy® Awards and led to two terms as a National Trustee of the National Academy of Television Arts and Sciences. He currently serves on the board of the Michigan Photographic Historical Society. 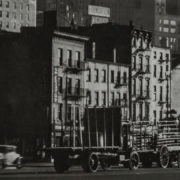 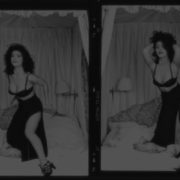 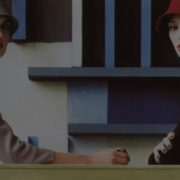 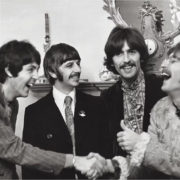 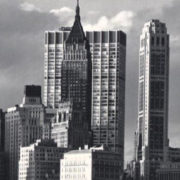 Explore The World Through These Antique Maps
Scroll to top