There’s nothing like finding a unique treasure at the antique fair or flea market. And this weekend’s Americana & Folk Art auction will give you that thrilling feeling over and over. Handcrafted tramp art boxes, bird decoys, outsider art sculptures and wooden game boards are just a few of the historical treasures in this sale. And some of the most impressive works of the collection are the figural weather vanes that top the list of prized items and are elevated to folk art status.

A 19th century weather vane in the form of a full-body eagle, having a wingspan of 29 inches and standing 48 inches high caps off this auction. 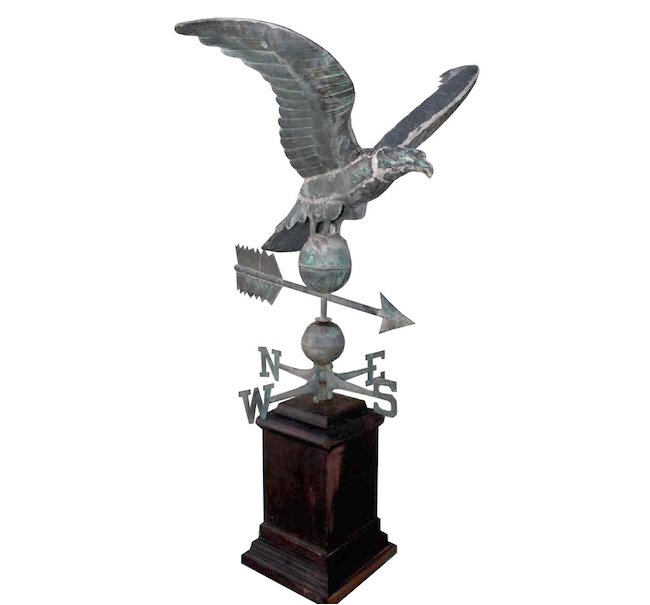 Running into the wind is a late 19th century horse weather vane with an original milk glass ball attached. It displays on a custom-made cast-iron stand. 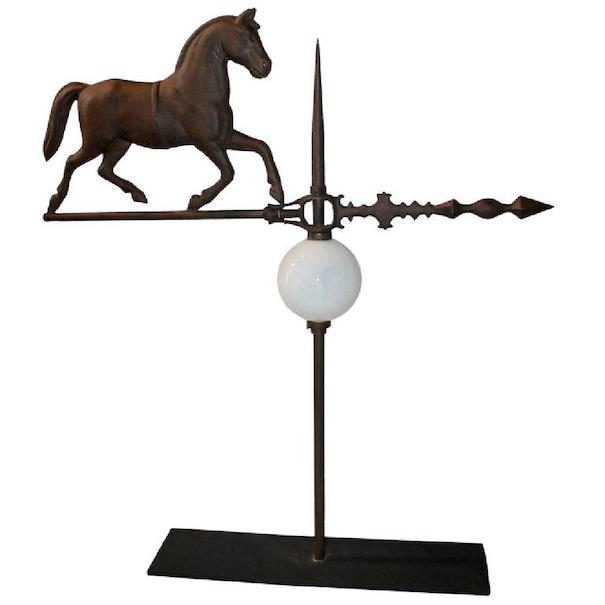 At 35 inches in length, the date “1896” is visible on a banner-style weather vane, even when mounted on a rooftop. The surface of the copper vane has rich verdigris.

A unique example of 20th century outsider art in this auction is a pair of sandstone carvings depicting an Indian maiden and chief. Ohioan Ernest “Popeye” Reed (1919-1985) was widely known for his stone carvings. A carpenter and cabinetmaker by trade, Reed started selling his carvings to tourists by the roadside in the 1960s. 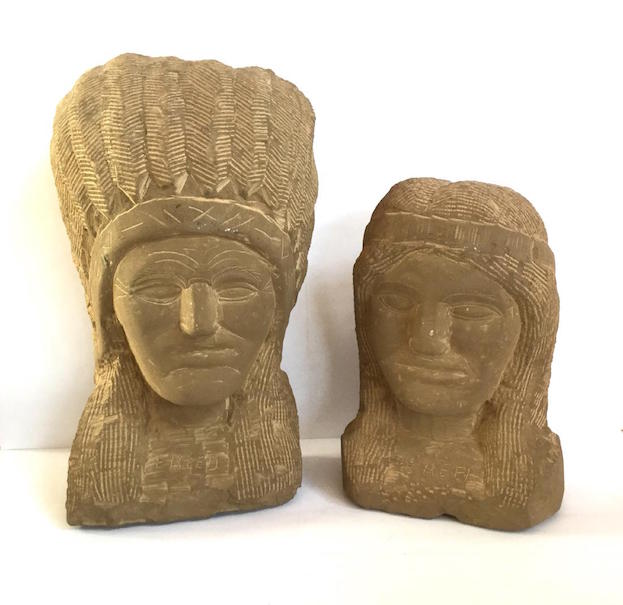 Several painted game boards are included in the sale, including a double-sided example for playing Chinese checkers and conventional checkers. This handmade board dates to the late 1800s and has an undisturbed finish. 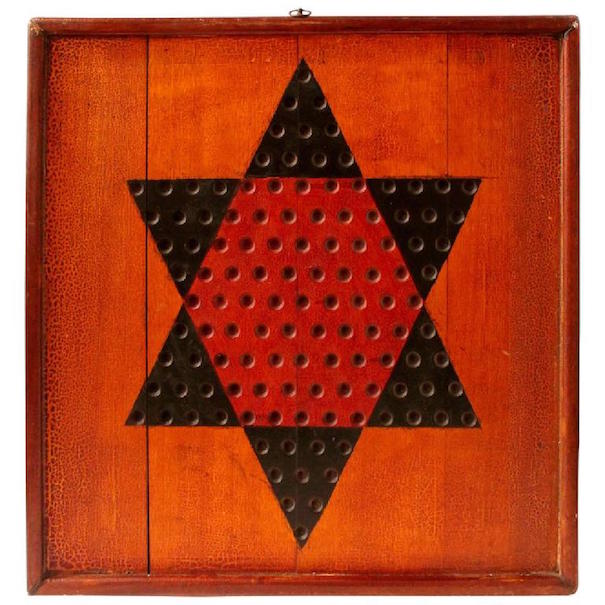 A life-size carving of a curlew shore bird from the 1940s is one of several decoys in the auction. 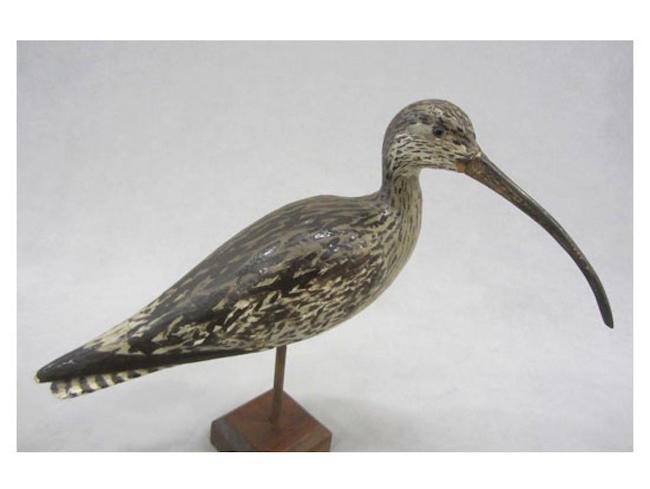 View the full catalog and find your treasure in this week’s Americana and Folk Art auction.