NEW YORK – Can decoration coexist with usefulness? The Arts & Crafts movement answered that question by insisting that everyday products from homes to furniture be well designed, functional and aesthetically pleasing in an understated way.

The principles that inspired Arts & Crafts design harkened to an earlier agrarian society that focused on home, farm and family. Simplicity and necessity was more important than decoration. Food was homegrown, and clothing, furniture, tools and housing were created by hand. Mass production was limited to the sawmill, the granary and guilds of skilled craftsmen. It was a life of labor and often hardship. 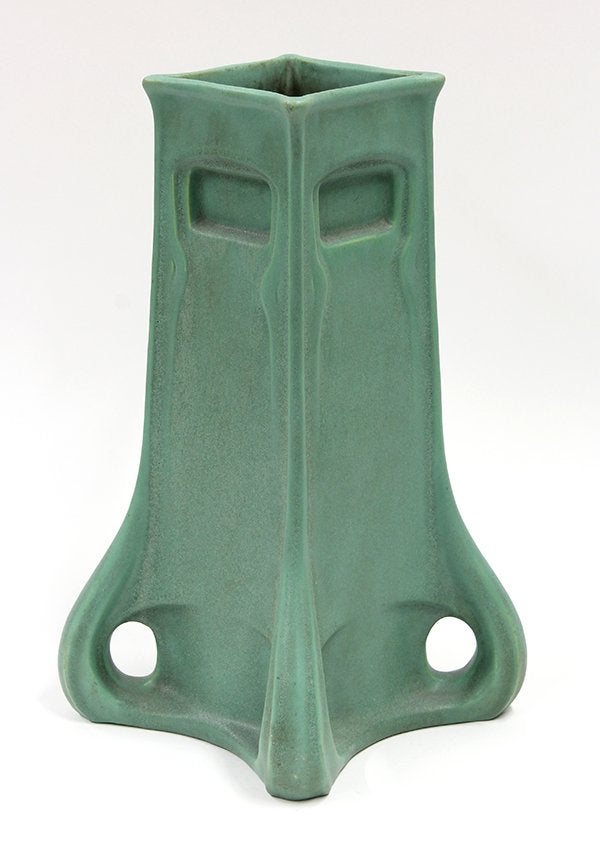 Economists agree that the shift of textile production from India to Great Britain by the 1780s began a strategic economic realignment away from a socially cohesive agricultural community to an industrial one focused only on production and dislocation. Once large-scale mechanization of textiles took hold, for example, it was felt that overall quality from the high standards of meticulous craftsman was replaced with sometimes pleasing but low-quality mass production. It was not altogether a positive trend and workers and craftsmen became more vocal about their displacement by machinery. 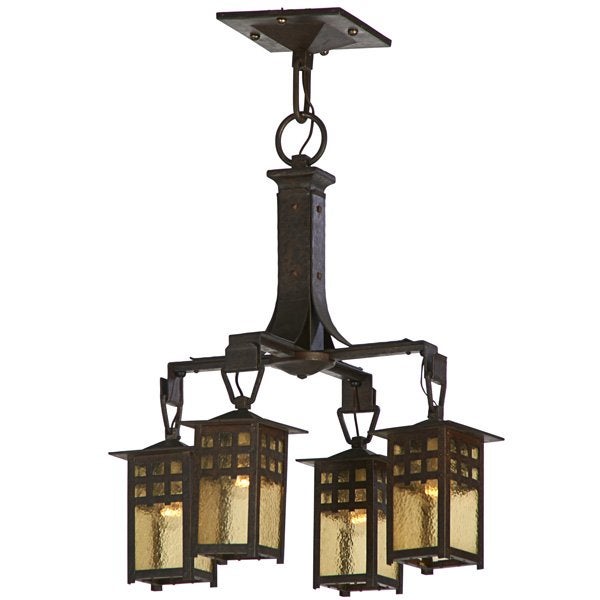 It was the Great Exhibition of 1851 in London, considered to be the first world’s fair, that highlighted what was considered poor quality, overly decorative and unimaginative design elements. Instead, the exhibition provided the motivation for a movement to refocus design and decorative arts with a return of craftsmanship to its medieval roots of simple forms using high-quality materials created with handmade precision. In time this artistic and social philosophy would be known as the Arts & Crafts Movement.

The beginnings in Great Britain 1860s

By the 1860s, writer John Ruskin focused his social commentary on the appalling social and economic conditions brought on by the early Industrial Revolution. Architect Augustus Pugin lamented the trend to overdecorate buildings, homes and structures. At the same time designer William Morris felt that function should not be overshadowed by intricate and dramatic design flourishes in furniture, metalwork, glassmaking and the decorative arts. 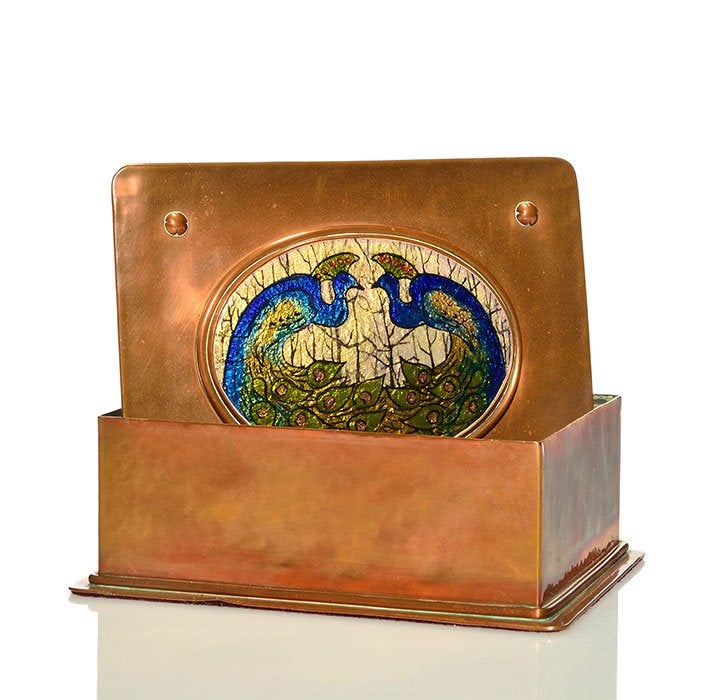 Arts & Crafts copper box with attribution to Frank Marshall, 1 7/8in. x 5¼in. x 4in. The cover has an enamel over copper inset depicting a pair of peacocks. Realized: $2,700+ buyer’s premium in 2016. Humler & Nolan image

Together the collective philosophy from these earlier reformers insisted that craftsmanship can be accomplished without the social and economic upheaval of the large-scale manufacture. And it was effective. Within a generation, guilds formed throughout the United Kingdom and Europe espousing simpler forms, a focus on the artist and direct participation by the workers themselves, all without the intervention of mass production methods.

Movement to the United States 1890s

Although the Arts & Crafts Movement in Europe was followed in the United States throughout the 1880s and 1890s, it wasn’t until 1897 that the first exhibit opened with the American Arts & Crafts Exhibition in Boston. Its success created the Society of Arts & Crafts in Boston and the Arts & Crafts Society at Hull House with Jane Addams in Chicago that same year. Other communities such as the Roycrofters in Aurora, New York, and Craftsman Farms in New Jersey with Gustav Stickley in 1907, all intended to provide hands-on experience in handcrafted furniture, textiles and metalwork. 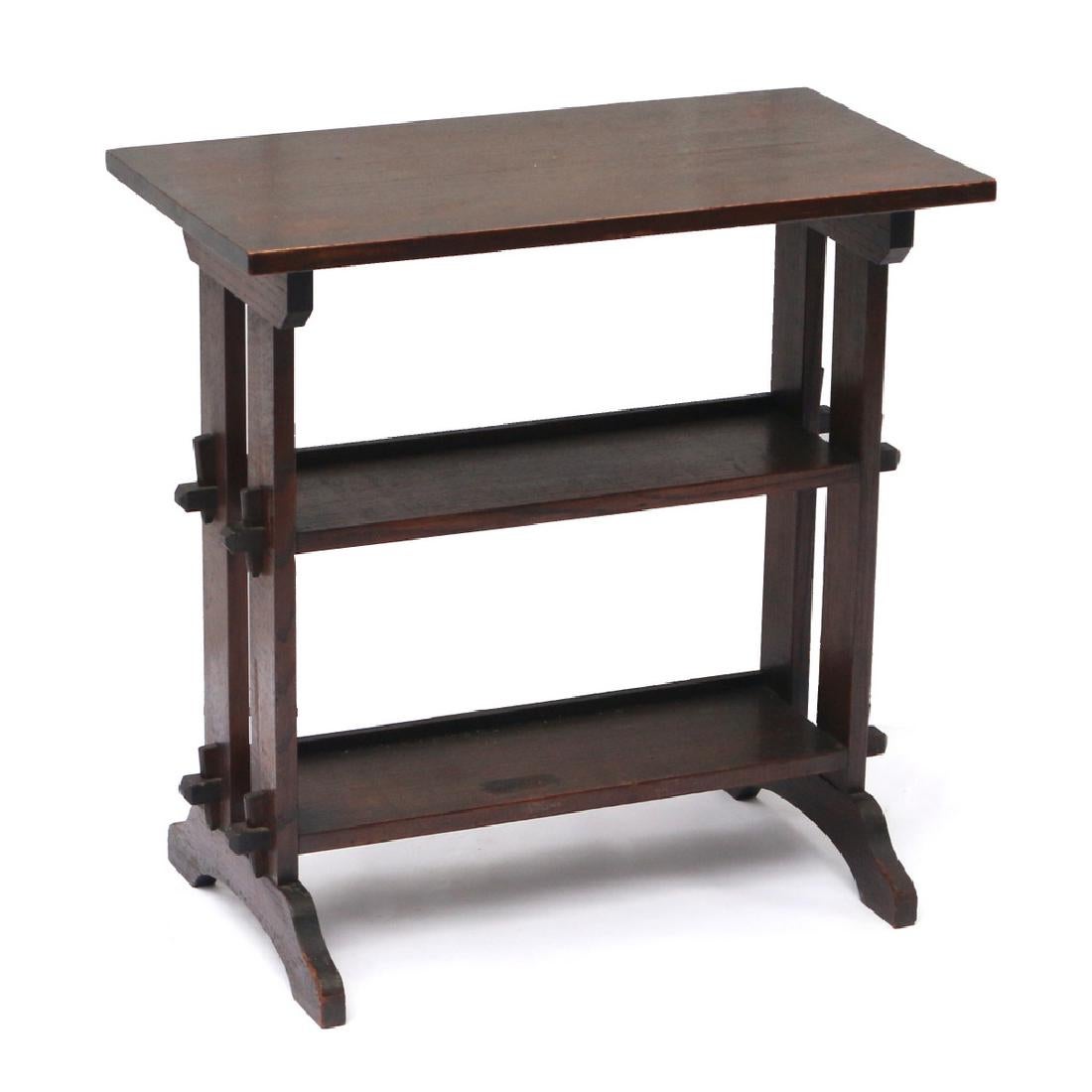 Unlike the European movement that disdained mechanization throughout the process, the American movement focused more on influencing consumer behavior through the practical design elements as a form of social engineering toward more progressive ideals. A bit of mechanization and perhaps some profit wasn’t necessarily a hindrance.

From Europe, the simple floral and medieval designs of William Morris still predominate whose influence would help inspire the Art Nouveau style that emphasized curved lines and natural forms. The Bauhaus style in Germany emphasized simple and striking design in the fine arts.

In the United States, Gustav Stickley’s “Craftsman Style” of architecture incorporates simple design elements, but so does his furniture design. Plain with little to no embellishments, a Stickley chair, sideboard, textiles, wall paper, metalwork and others evoked the Arts & Crafts Movement like no other. His influence would provide inspiration for what would be called Mission Style and even the Art Deco design movements of the early 1900s. 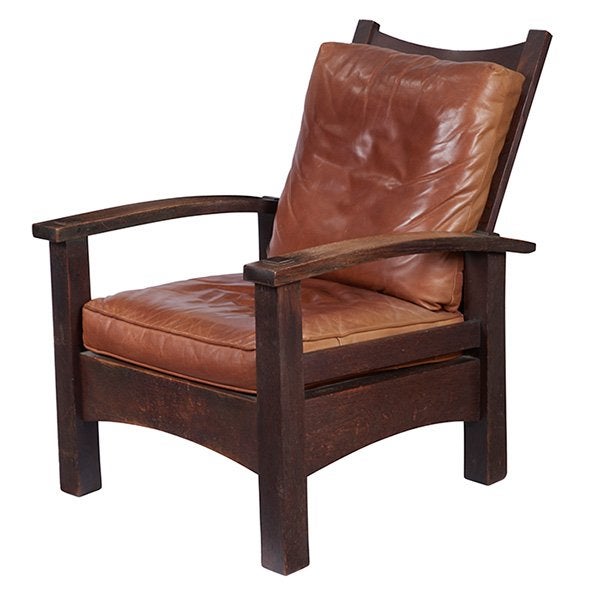 The Arts & Crafts Movement spread to Japan when philosopher Yanagi Sōetsu started mingei in the 1920s to 1930s highlighting Korean and Japanese folk art emphasizing “handcrafted art made by ordinary people.” Pottery by Hamada Shōji, Kawai Kanjirō and the artisans of Onta, Japan form the basis of the mingei movement that includes pottery, lacquerware, textiles and woodworking.

End of a Period

The Arts & Crafts Movement lasted from the 1880s to the introduction of Modernism as an art form in the 1930s. Yet the simple design for well-made, functional objects in furniture, textiles, pottery, glassware and metalwork still resonates in local art fairs and as a universal collectible category more than 150 years after William Morris declared a new aesthetic movement as a progressive social cause.

Morris summed up the Arts & Crafts enduring legacy by saying, “If you want a golden rule that will fit everything, this is it: Have nothing in your houses that you do not know to be useful or believe to be beautiful.”