NEW YORK – In the Buddhist tradition, thangkas have been important objects for centuries, meant to be a central teaching tool in guiding a person’s meditation and in the journey toward enlightenment. Today, these scroll paintings continue to be used as such but are also appreciated for their aesthetic value as artworks.

Highly intricate, beautifully detailed and rich in symbolism, thangkas incorporate significant Buddhist motifs. They can be in the form of a mandala (a spiritual symbol in Buddhism and other Eastern religions to signify the universe) but typically depict one deity or a grouping of Buddhist deities and holy figures, often accompanied by representations of religious lore and myths and even imperial symbols, astrological diagrams and landscape scenes. 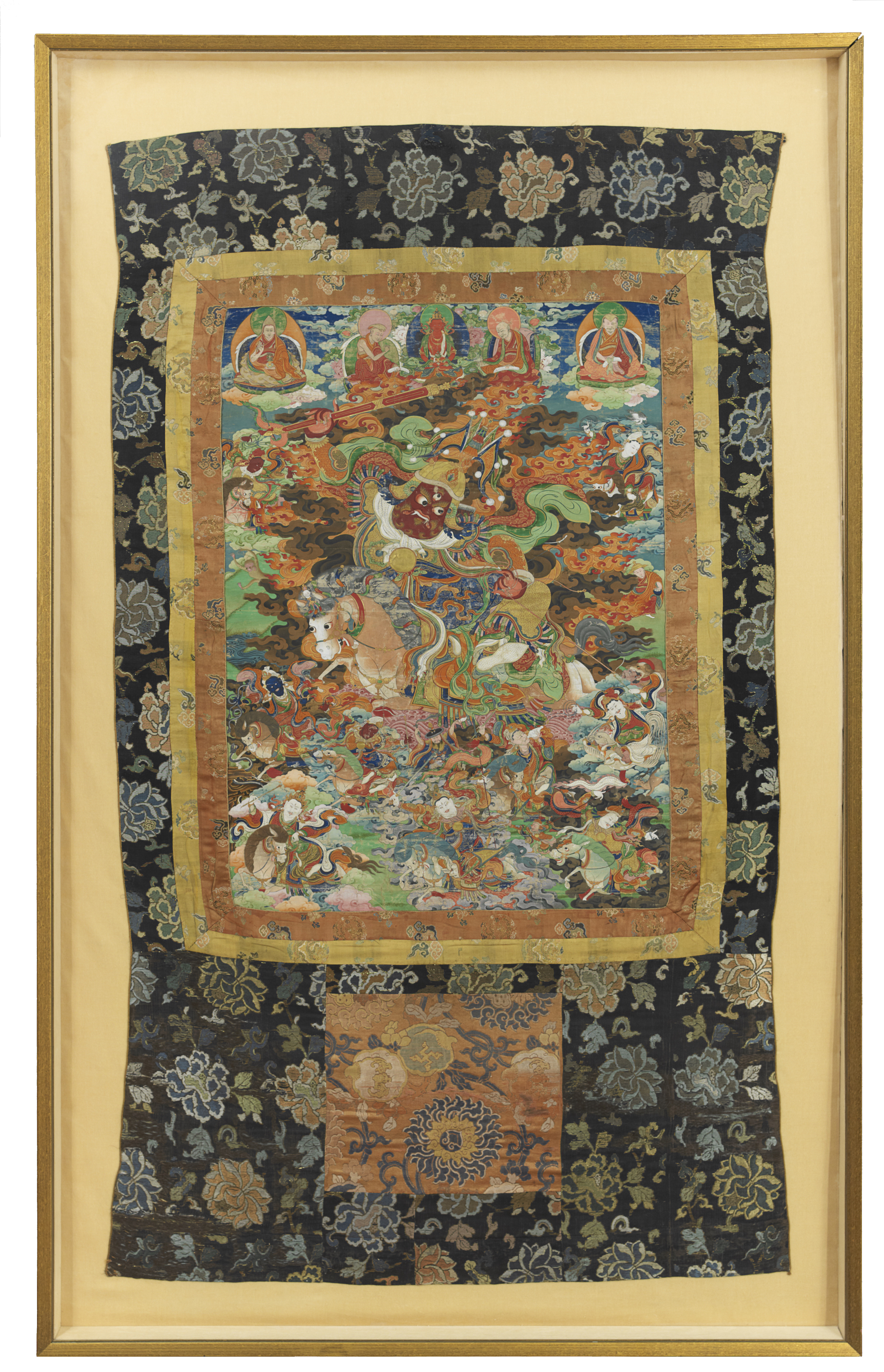 The Rubin Museum of Art in New York City, which has a shrine room containing several important thangkas, notes on its website that artists often made paints from crushed minerals and glue to bring these paintings to life. “Most materials used for creating paintings and sculptures come directly from the earth, deepening the connection between Himalayan art and the environment,” according to the museum.

Thangkas are usually painted on cotton or silk and often surrounded by silk or brocade. They would be hung on walls or put on altars to aid in meditation. They range in size from diminutive to massive. 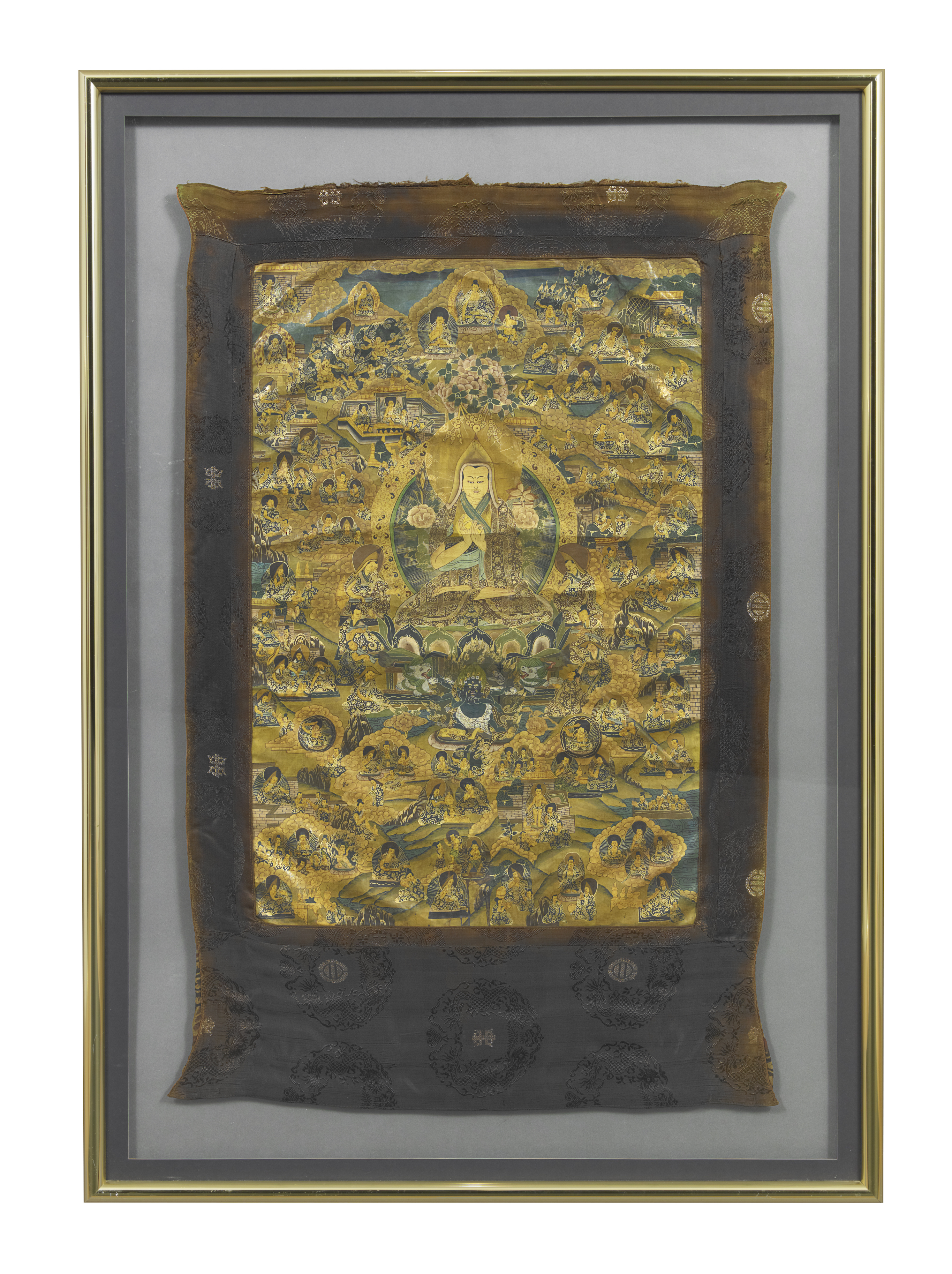 A Tibetan thangka of Tsongkhapa, 18th century or earlier, brought $11,000 in May 2014. Photo courtesy of New Orleans Auction Galleries and LiveAuctioneers

“Thangkas are created as teaching tools, designed as visual representations to help focus the mind and ultimately the progress of the student farther down the path to enlightenment,” said Rebecca Moss, Asian arts specialist at New Orleans Auction Galleries. “Consequently, the deity depicted, the region the work was produced in, the size and age of the piece, the quality of the design and its execution, and, of course, condition, are all important factors that collectors consider. Mandalas are arguably the most recognizable representation; their intricate, mesmerizing designs immediately provoking concentration as the viewer studies the depth of detail they contain.” 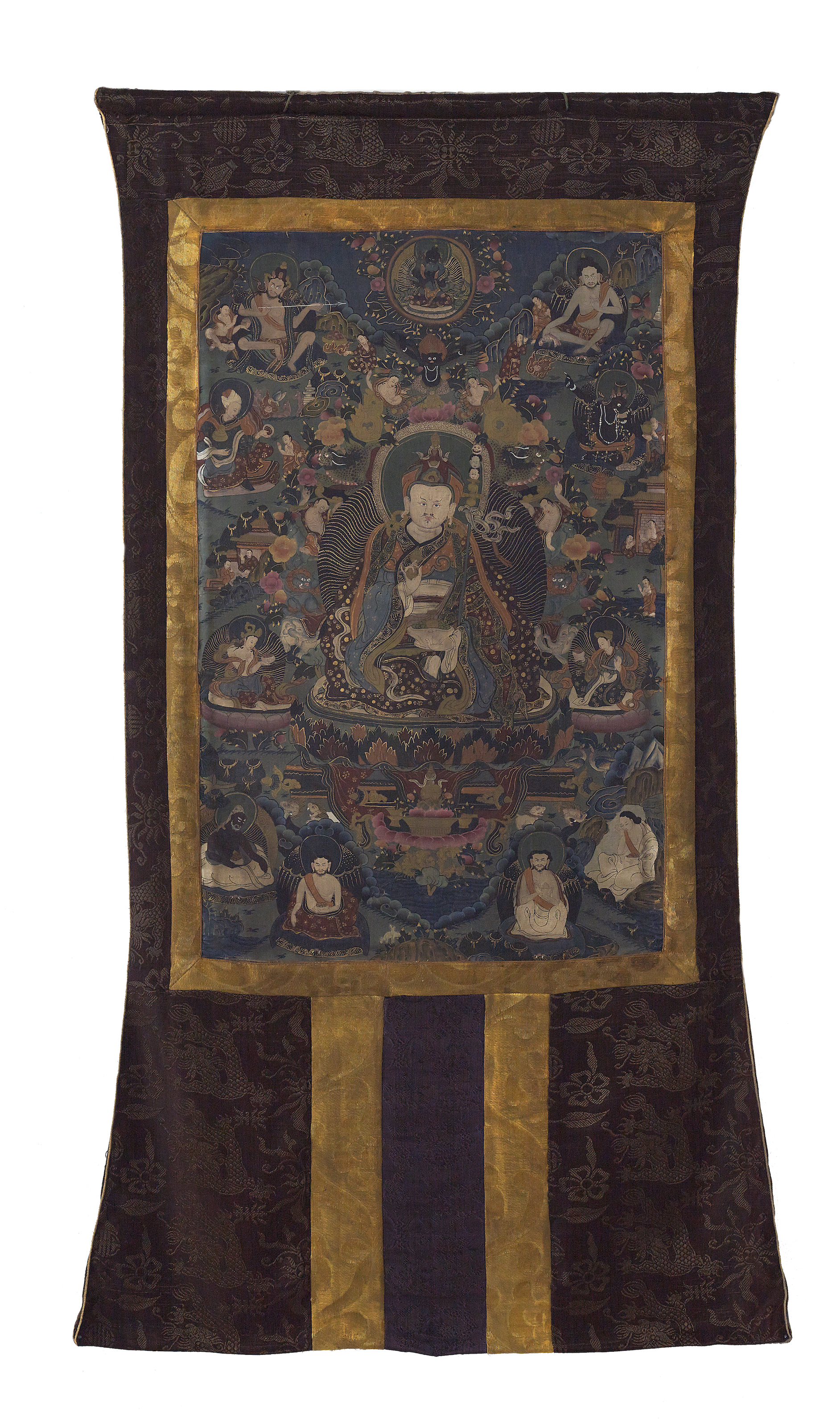 “This has, historically, been a niche market. However, the growth and spending power of Chinese buyers has created a surge in popularity and prices for quality pieces,” Moss said.

A shift in Western understanding of Eastern religions and culture over the last few decades, coupled with increased scholarship has led to a greater appreciation of the art form. 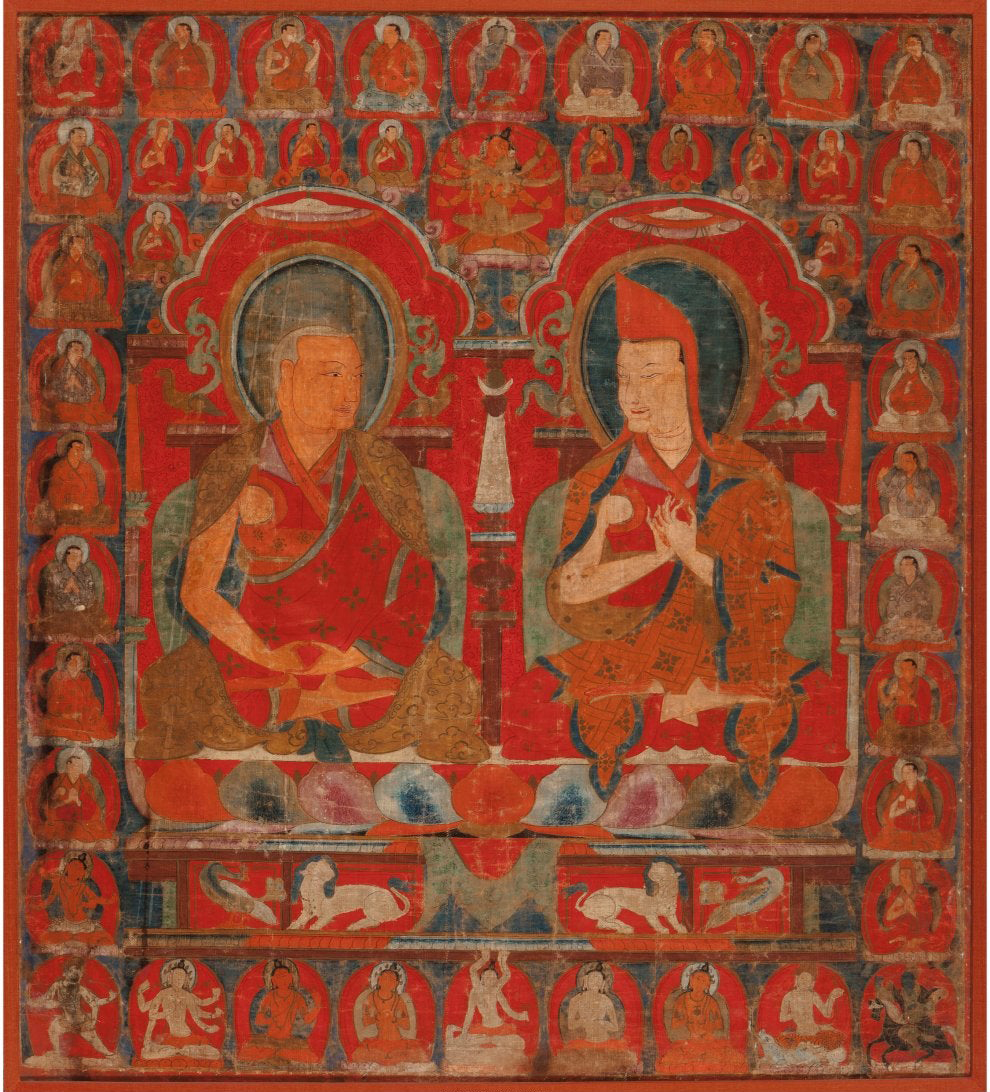 Centuries after a thangka’s creation, it can be challenging for scholars and conservators to ferret out its iconography as well as the political and social contexts they were made in. There are certain rules governing content, proportion and the symbolism of color in thangkas but these rules can vary by religious or geographical stylistic differences.

According to the Asia Society New York, common decoration motifs include the lotus flower, symbolizing spiritual purity; the conch shell whose reverberation reaches far and alludes to one’s spiritual awakening from ignorance to understanding; a treasure vase with flaming jewels representing the wealth of Buddhist teaching that retains its value even as knowledge is freely shared, and the eight-spoked dharma wheel, also referred to as dharmachakra. “These spokes represent the principle of the Eightfold Path: right view, right thought, right speech, right action, right livelihood, right effort, right mindfulness and right concentration,” according to commentary on the society’s website. 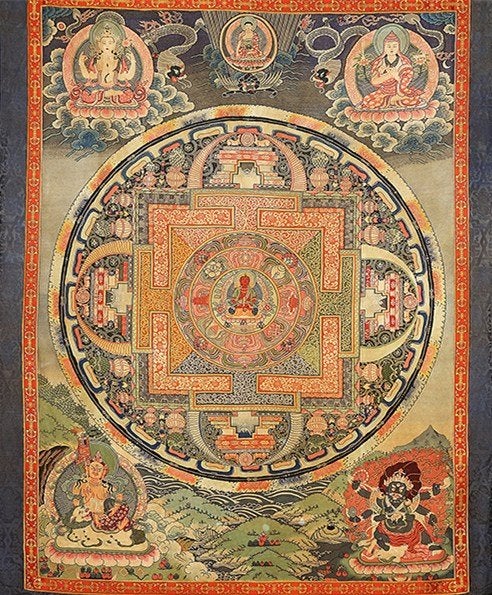 “My advice to collectors new to the genre is to buy something that engages you, and helps bring you peace and clarity when you look at it,” Moss said. “Whether you are a practitioner of Buddhism, or just appreciative of the skill required to create these complex and layered compositions, it is important to find a work that speaks to you.”

As thangkas can be delicate and subject to the vagaries of light and humidity, proper storage and display is key. It was once popular for a while to remove the thangkas from their original fabric mounts and put them in “Western” style frames or remount them on to wax-resin or paper backing. “While this was not necessarily detrimental to the works themselves, many serious collectors will hunt for works with the original mounts intact,” Moss said. “If you are lucky enough to acquire an older example in its original state, then seek professional advice as to how best to display it without jeopardizing its condition.”