NEW YORK – While people flock to Disney’s theme parks for the rides and photo ops with costumed characters, a popular attraction for about 30 years has been Disney pin trading. These colorful enamel or enamel cloisonné pins make for perfect souvenirs; they are cute, small and don’t take up much room in luggage or when displayed.

While new ones can be bought affordably at retail outlets, buying vintage pins to create – or fill out – a collection can provide hours of enjoyment. For collectors, it’s the thrill of the hunt that keeps them going. There are pins for all tastes and budgets with some rare pins going for hundreds, even thousands of dollars. 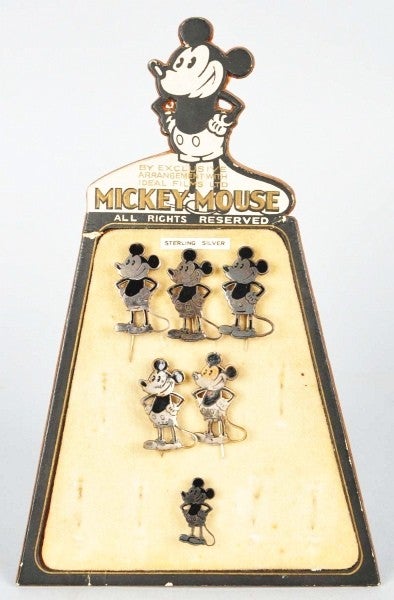 Walt Disney used to say it all started with a mouse and Mickey Mouse pins are a staple of most collections. Photo courtesy of Morphy Auctions and LiveAuctioneers

While pins have been part of Disney experience for years, it was not until the Millennium celebrations in 1999 that Disney began marketing the concept of pin trading at its parks, which quickly took off. Pins were soon on sale at nearly every shop at Disney World in Florida and Disneyland in California as well as at Disney stores in malls across America. At parks, Disney cast members would gladly trade certain pins with park visitors that they wore, usually on their ties, sashes or cards.

Today, there are millions of Disney pins in existence and in every imaginable type, from characters to park attractions. Mickey Mouse pins are prolific and there are also pins for nearly every Disney character from classic movies to contemporary ones such as Chip and Dale, Goofy, Cinderella and all the Disney princesses, Maleficent, Jiminy Cricket and Buzz Lightyear and, of course, the Star Wars franchise. A “Memorable Scenes” series captures key moments from movies on pins. New pins are often launched to celebrate Disney anniversaries, the opening of park attractions, movies and other special events. 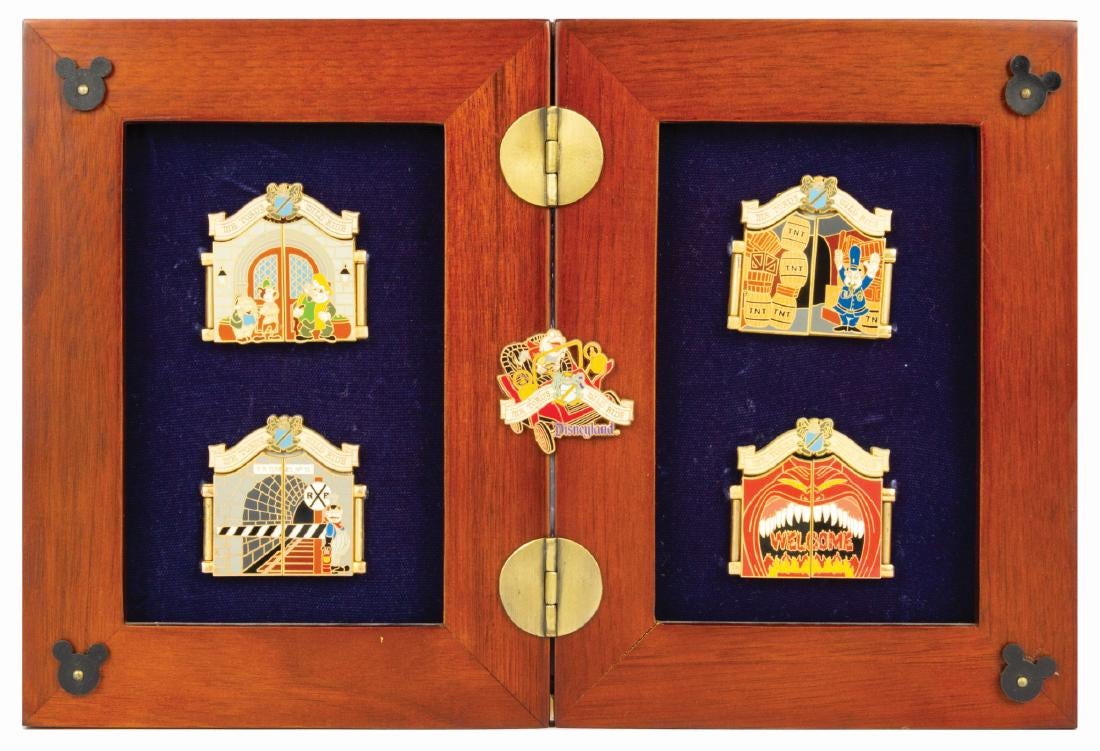 Some collectors seek out “First Release” pins, which was a new classification introduced in 2008 to mark a pin’s first year. “Our guests like adding new Disney pins to their collections, especially pins featuring brand new designs,” Steven Miller, project manager for Disney Pin Trading, said at the time. “The concept of ‘First Release’ gives our guests a way to prove they were one of the first to purchase a particular open edition pin.”

Proving indeed it all started with a mouse, Disney also awards its longtime cast members and employees with service pins, the rarest of these being the Steamboat Willie pin (the first cartoon short featuring Mickey Mouse), given to those Disney staffers celebrating 50 years of service. Reportedly, this pin has resold for around $5,000. 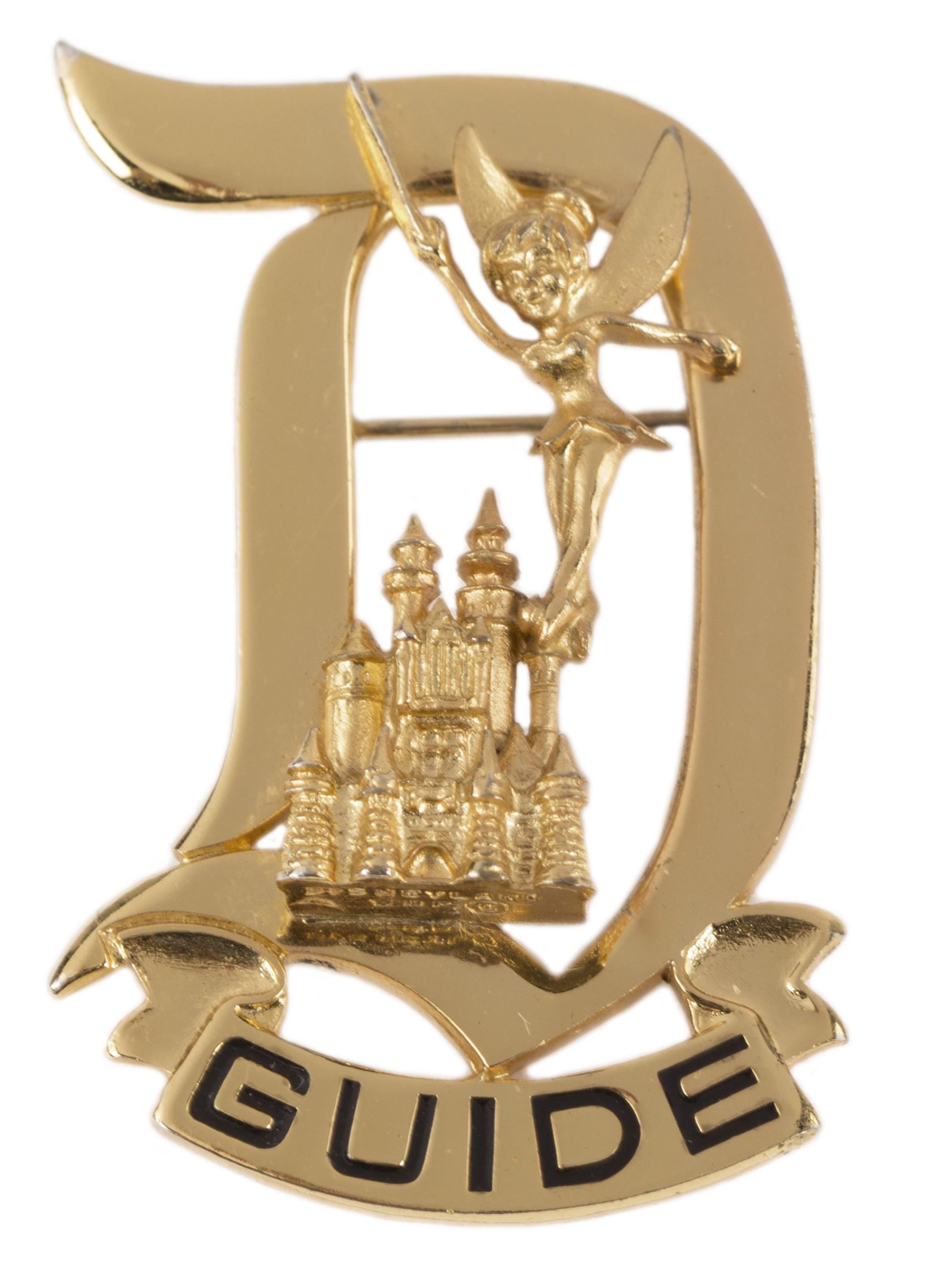 “Generally speaking, the rarest are the pin releases with a smaller edition number. If Disney created only 500 of a certain pin, they are going to be harder to find than something they’ve made tens of thousands of,” said Toby Osbourn, co-creator of the Pin Trader Club, said. “That isn’t always reflected in the cost; there are some super low-edition-size pins that don’t go for that much because no one collects that character or series of pins.”

Rarity is definitely a factor in price, but the other main driver is collectibility, he added. “For example, Stitch pins seem to go for more than some other characters, because people know the resale opportunities are higher (he is a very popular character),” he said. 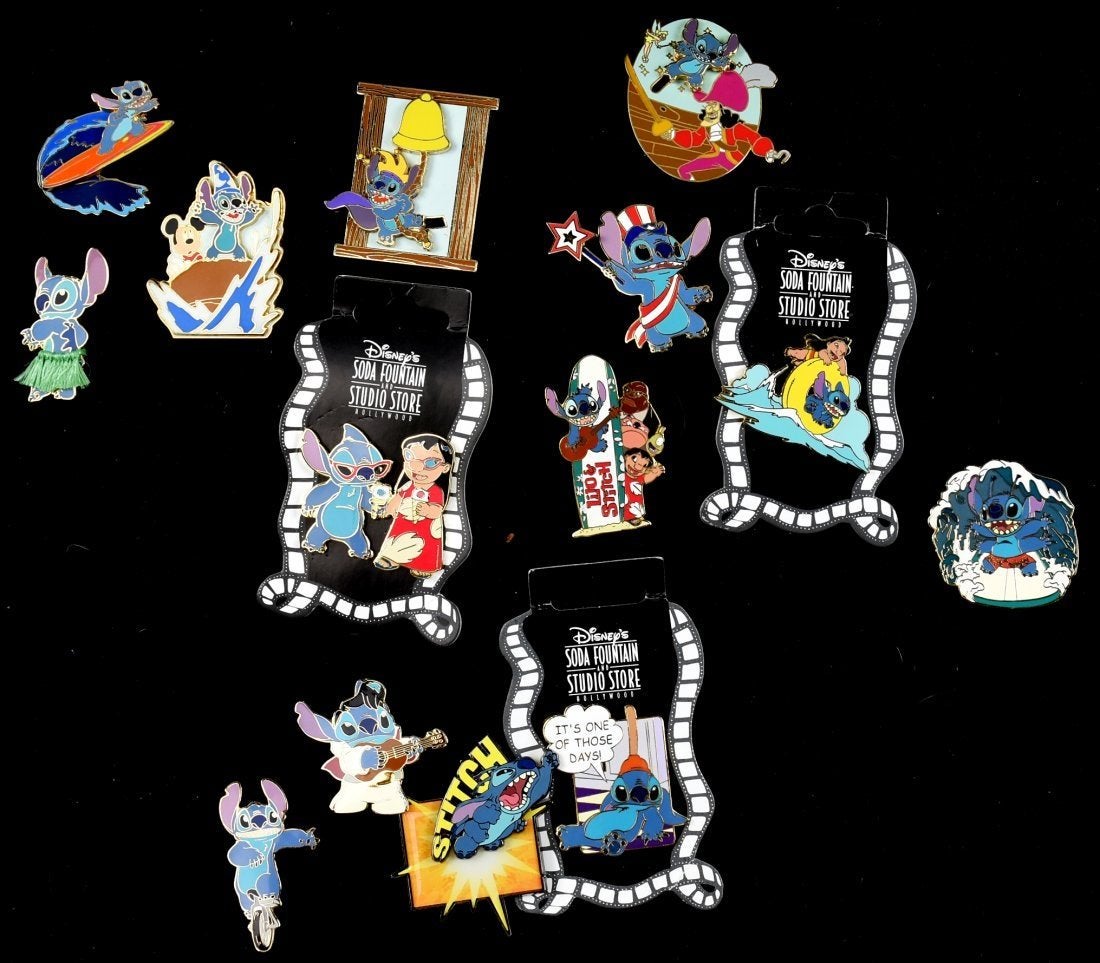 These pins of the Stitch, an extra-terrestrial fugitive marooned on Earth, were included in a bag of more than 100 Disney pins that sold for $300 at an auction in March 2020. Photo courtesy of Appraisal & Estate Sale Specialists Inc. and LiveAuctioneers

Early pins from the 2000s tend to bring the most money, likely owing to scarcity (they were likely produced in smaller numbers than today) and collectors seek out older pins to fill out holes in their collections.

Ryan Mondics, owner/founder of Disney Pins Blog, said typically it’s the older 2000s pins from Disney Auctions and Disney Shopping that are the scarcest. “It all depends on the collector. Most people go after what their interest is, whether that is a favorite character or attraction at the parks. Disney makes open edition pins (large quantity) and limited edition pins. Of course, limited edition pins have a higher value,” he said.

A collection of eight boxed Disneyland pin sets for Disneyland’s 50th anniversary brought $1,600 in a May 2019 auction. Photo courtesy of Van Eaton Galleries and LiveAuctioneers

With so many pins available, both new and old, new collectors would be wise to start small and focus their collections on what they love. Instead of placing importance on pin value, collectors can start with pins that bring them joy (to borrow a phrase from Marie Kondo) such as their favorite park attraction or character.

In a Disney blog, four Disney store artists, who have designed pins, were interviewed on the design process and how they embraced whimsy to create a new take on favorite characters. Keith Fulmis, who has created pins based on Disney movies Lion King, Pocahontas, Hunchback of Notre Dame, said he was excited to see a resurgence in pin culture. “Pins have been part of our culture in America going all the way back to political pins that were used in Lincoln’s era and pins have been part of Disney culture from the beginning as well.” 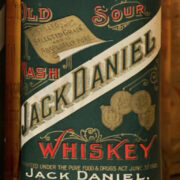 Luxury watches showcased in Jasper52 sale May 12
Scroll to top