NEW YORK – Garnets, like all gemstones, are timeless. To quote The Curious Lore of Precious Stones, “The love of precious stones is deeply implanted in the human heart … All the fair colors of flowers and foliage, and even the blue of the sky and the glory of the sunset clouds, only last for a short time, and are subject to continual change, but the sheen and coloration of precious stones are the same today as they were thousands of years ago and will be for thousands of years to come.” 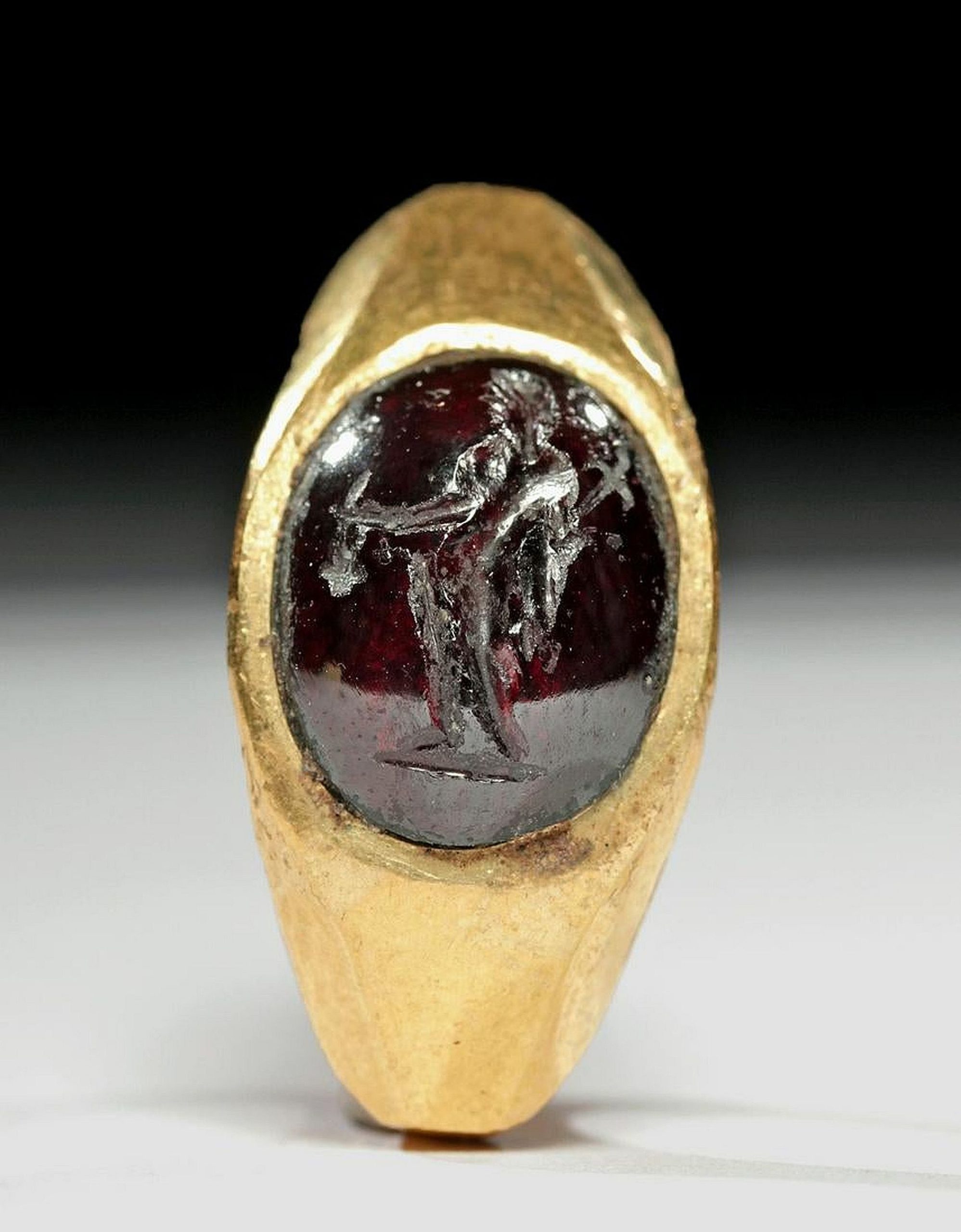 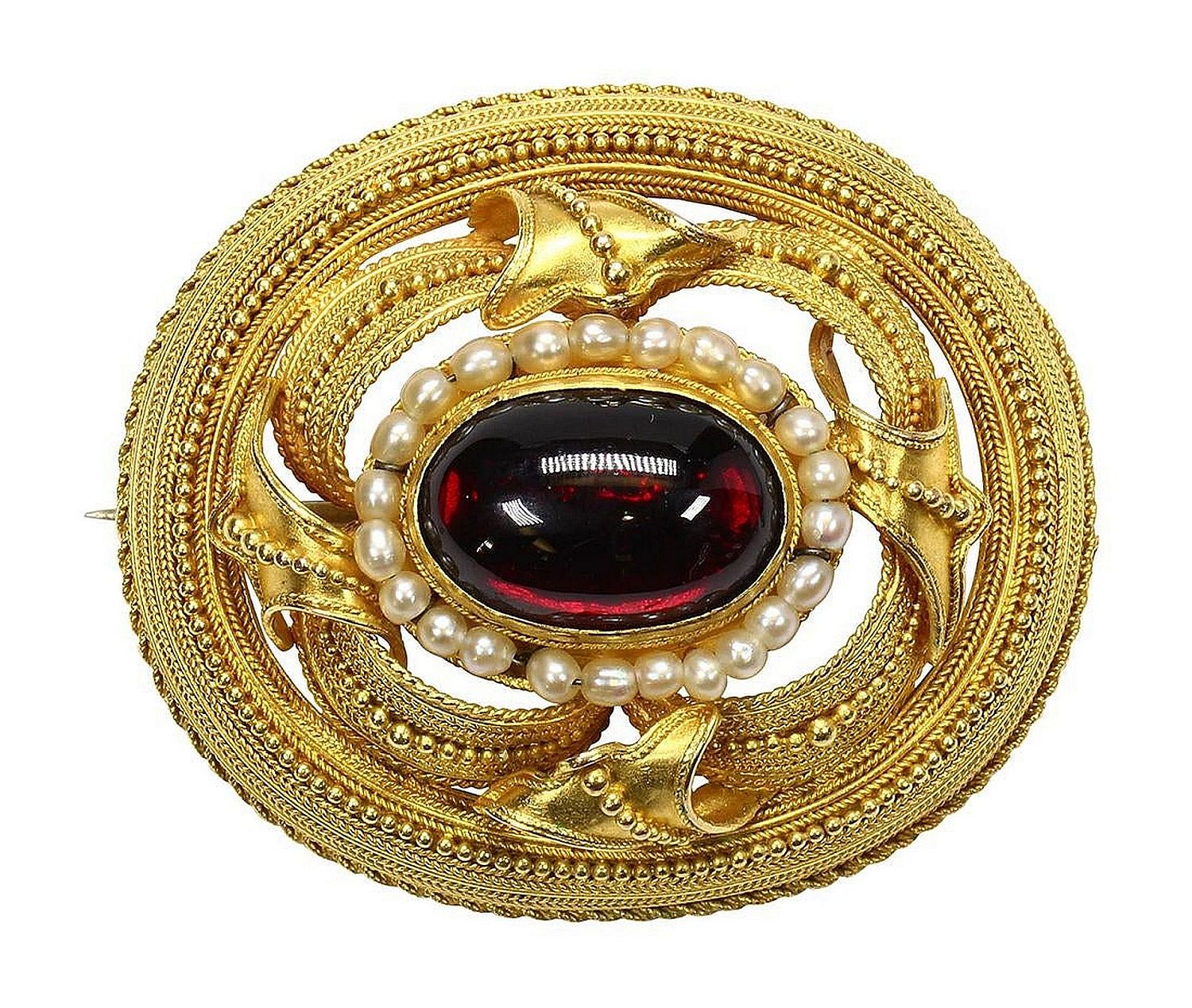 These blood-red gems, in addition to beauty, held great charm. Many believed that, powdered or whole, they shielded people from harm, safeguarded travelers and protected warriors, rendering them powerful and victorious. Moreover, they allegedly healed wounds, improved vitality, countered melancholy and soothed troubled souls. In addition, these gems were associated with comradery and constancy. 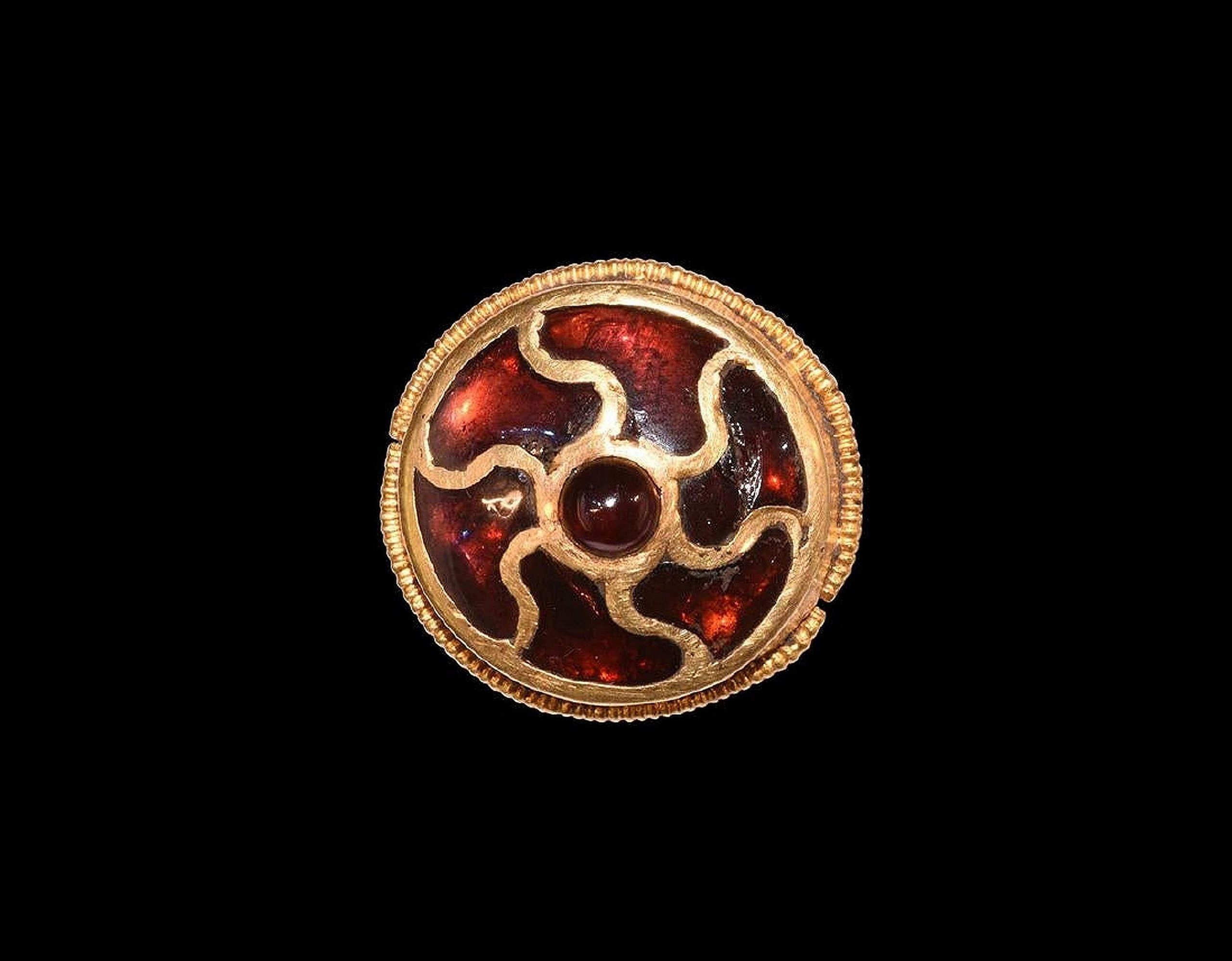 The word “garnet” is related to granatum, the Latin word for “pomegranate,” a fruit clustered with lustrous, jewel-like, red seeds. No wonder, when mentioning them, that visions of tiny, ruby-hued, rose-cut Bohemian garnets come to mind. Their intricate, glistening designs, “paving” gold brooches, bracelets or bangles, were hands-down Victorian favorites. So were larger, dramatic stones, brilliant cut to maximize their radiance. 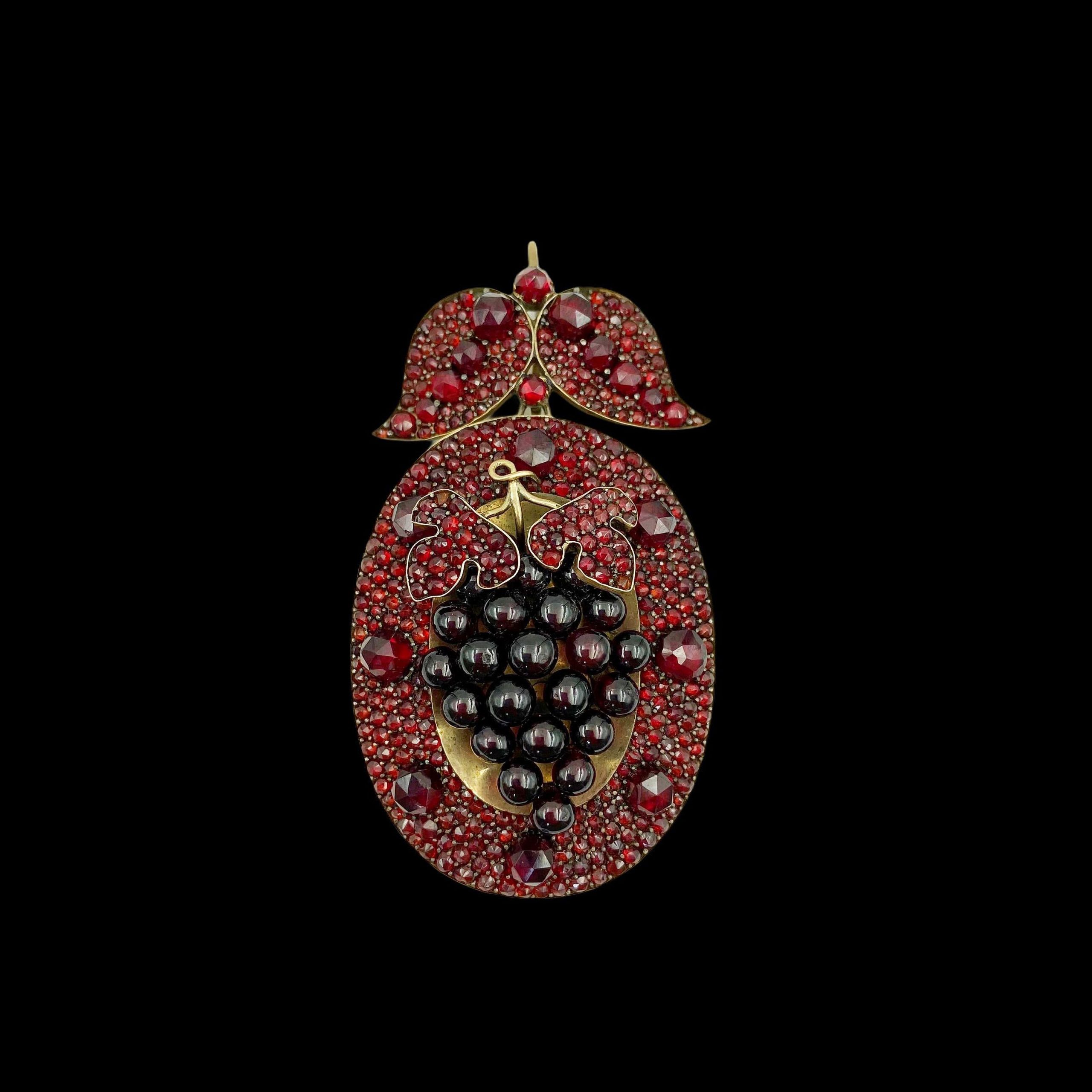 Because Almandine garnets are darker than Bohemians, many find them more desirable. If cabochon-cut, these commonly found beauties not only rival rosy tourmalines, spinels and rubies. To many, they also evoke the Biblical carbuncle of old. 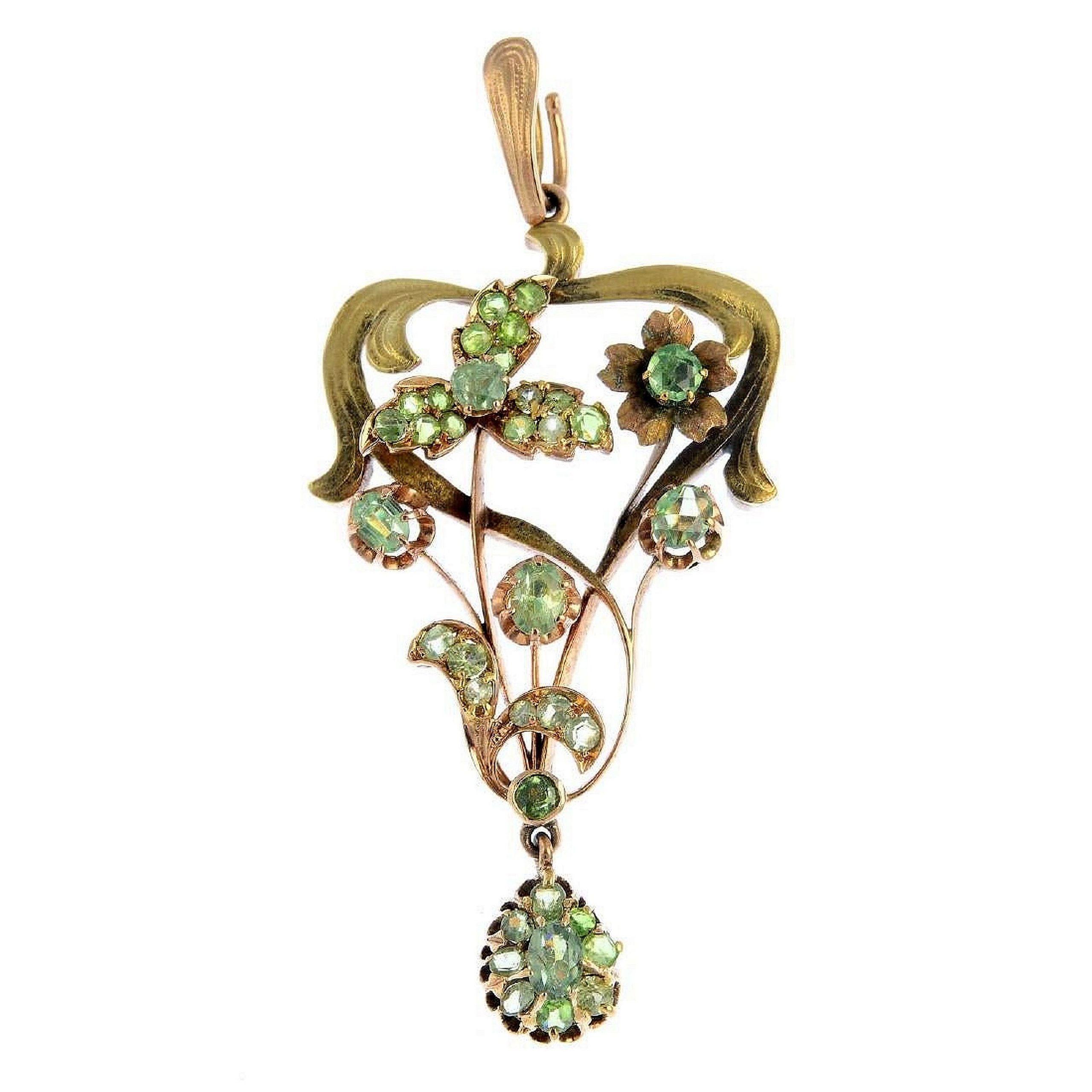 Gem-quality spessartites, for example, range from orange to reddish-brown, while hessonites are yellow, cinnamon or honey-hued. Diamond-bright demantoids, once prized by Russian royals and Fabergé alike, are light to dark green. Mandarins, aptly named, are pure-orange. Tsavorites, more brilliant than emeralds and most expensive of all, are deep, forest-green. Umbarites are pink to pinkish-purple 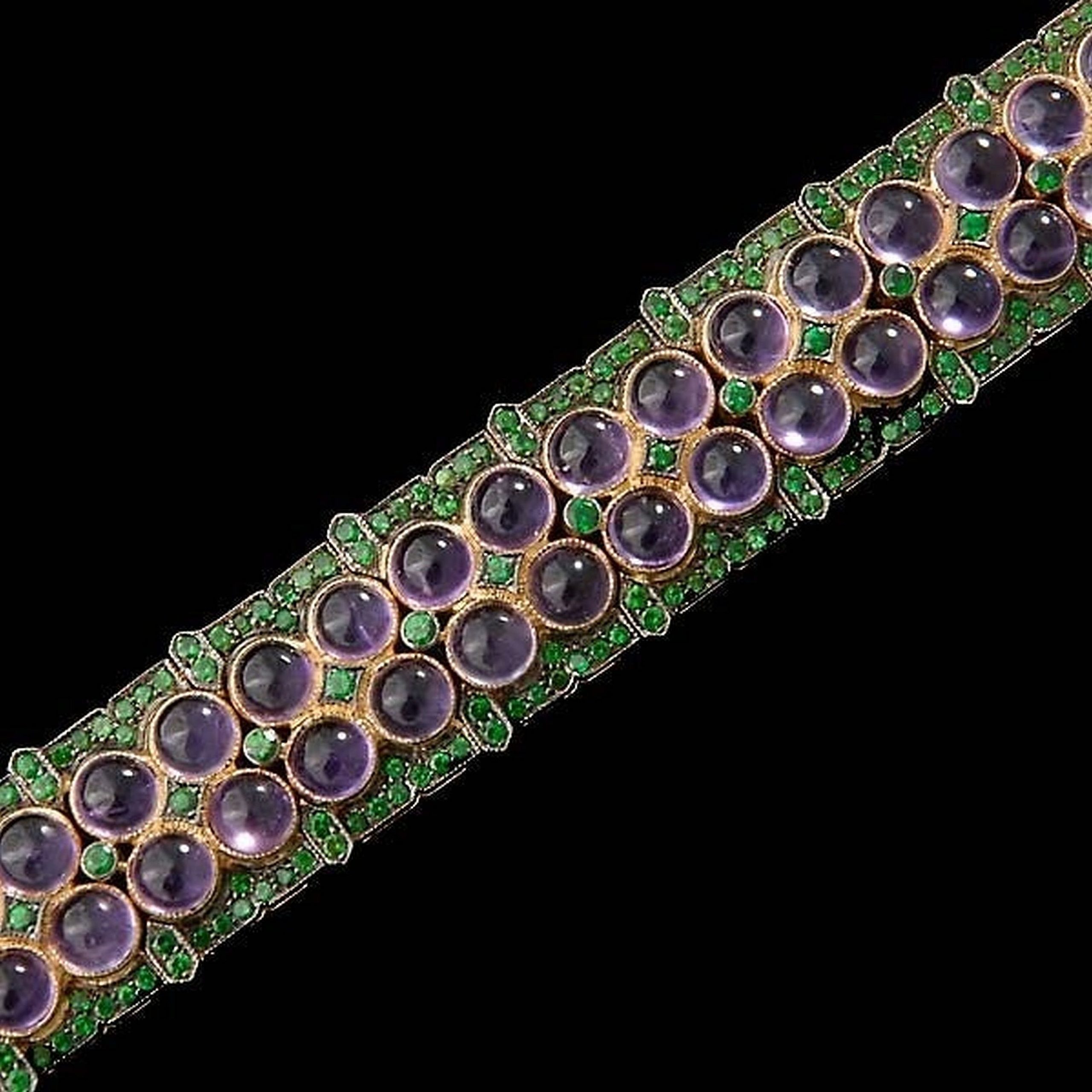 “One of the things I love about garnets,” explains Nigel O’Reilly, acclaimed contemporary goldsmith and jewelry designer, “is their color diversity. Color plays a huge role in my work and garnets come in such rich and unique colors. They add a real depth to any piece they’re incorporated into. My most recent garnet piece, a ring called Dante’s Garnet, used a fancy cut umbalite garnet set in rose gold. The darker, warm hues meant that I could complement the center garnet by setting the rest of the ring with tsavorite garnets, blue sapphires, orange sapphires and blue diamonds while maintaining the original depth of the center stone.” 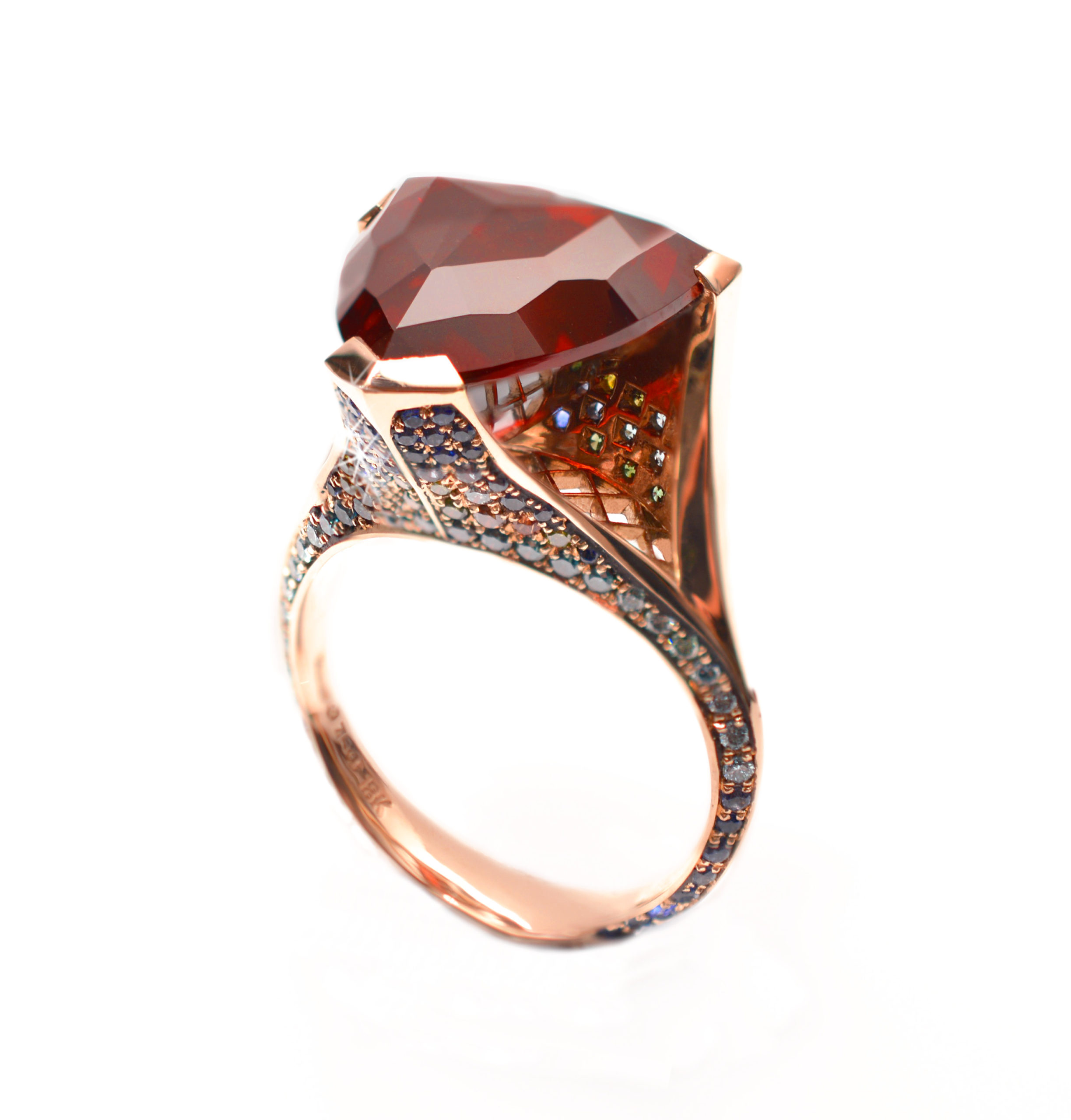 Since garnets suit all tastes and pocketbooks, choosing a traditional January birthstone is a joy. As of yore, many believe that they promote health, foster peace of mind, increase energy, raise self-esteem, spark creativity and grace the heart with love and passion.

Yet this was not always so. No one knows why or when Europeans began signifying specific times of birth with particular gemstones. Perhaps nobility – whether relating to superstitions, astrological zodiac signs, Aaron’s breastplate, or pure fashion, began wearing them during the Middle Ages. Birthstones apparently became attainable by the masses, however, centuries later. In 1870, for example, Tiffany & Co. published “some verses of unknown author” that match each month with its traditional stone.

By her who in this month is born,

No gems save garnets should be worn;

They will insure her constancy, 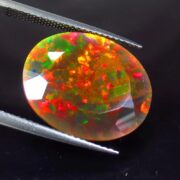 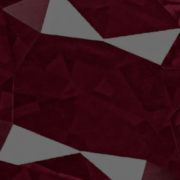 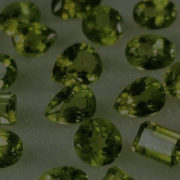 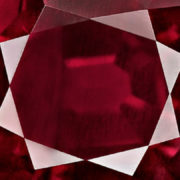 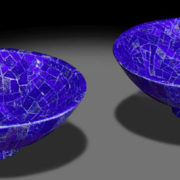 Versatile lapis lazuli prized for its shades of heavenly blue 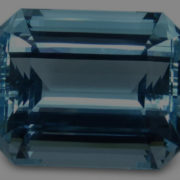 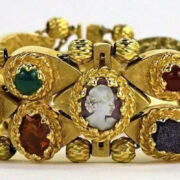 Semiprecious Stones Are Precious, Too 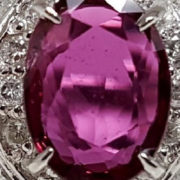