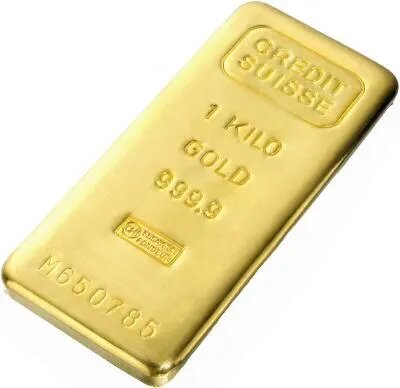 An example of gold bullion that was formed into a large rectangular ingot of one 24K gold kilo (2.2 pounds) sold for $105,000 plus the buyer’s premium in August 2020. Image courtesy of Tyler Louis Jewelry and LiveAuctioneers

The enduring passion for gold is so strong and obvious, it almost defies explanation. Most of us are content to possess gold in the form of coins, medals or jewelry, but those are not the only available options, like gold bars and ingots, or oblong blocks. These particular forms of gold were intended as a functional, no-frills way to quantify, store and transport the precious metal. But the shiny, heavy yellow rectangles prove enchanting nonetheless. Contrary to what some may assume, gold bars and ingos are not restricted to the ultra-secure facilities of banks and governments. They can be purchased quite easily. You just need to know what to look for. 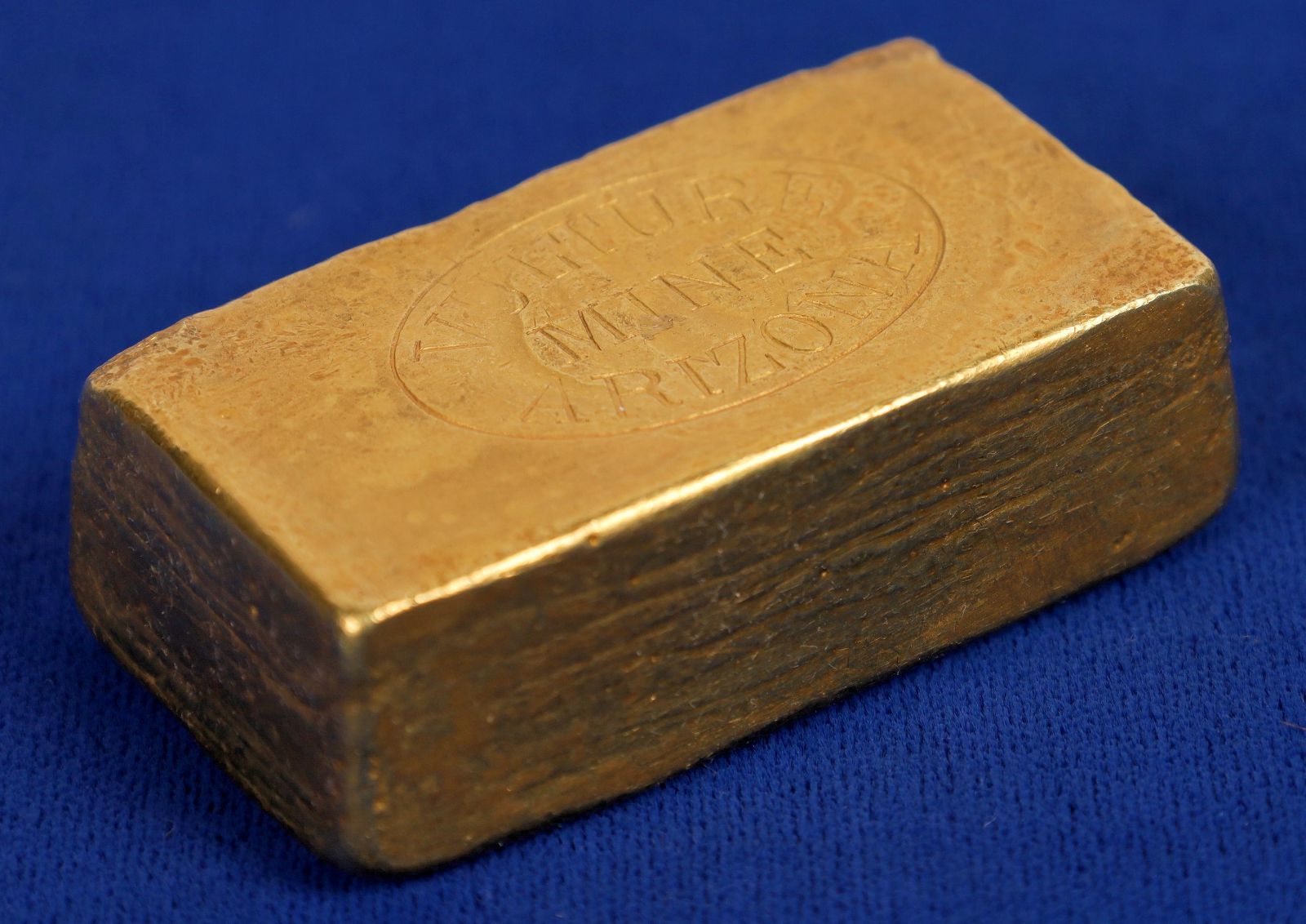 An ingot dating to the early 20th century and traced to the Vulture Mine near Wickenburg, Arizona, achieved $31,000 plus the buyer’s premium in February 2021. Image courtesy of Holabird Western Americana Collections and LiveAuctioneers.

The two main choices in this unconventional realm of gold ownership are cast bullion and minted ingots. The first can be purchased through refineries, with cast bars weighing up to 400 ounces, or 27.5 pounds.

The second – easily portable, smaller ingots authorized by governments or private mints – are more affordable and accessible, and can weigh as little as one gram. Both are acceptable ways to own physical gold, provided they come with the correct documentation.

For centuries, humans have crudely fashioned gold into bars or ingots to make the metal easier to ship. Vintage and antique gold bars that have survived in their utilitarian form offer collectors something that a gold coin can’t match, and that is heft. 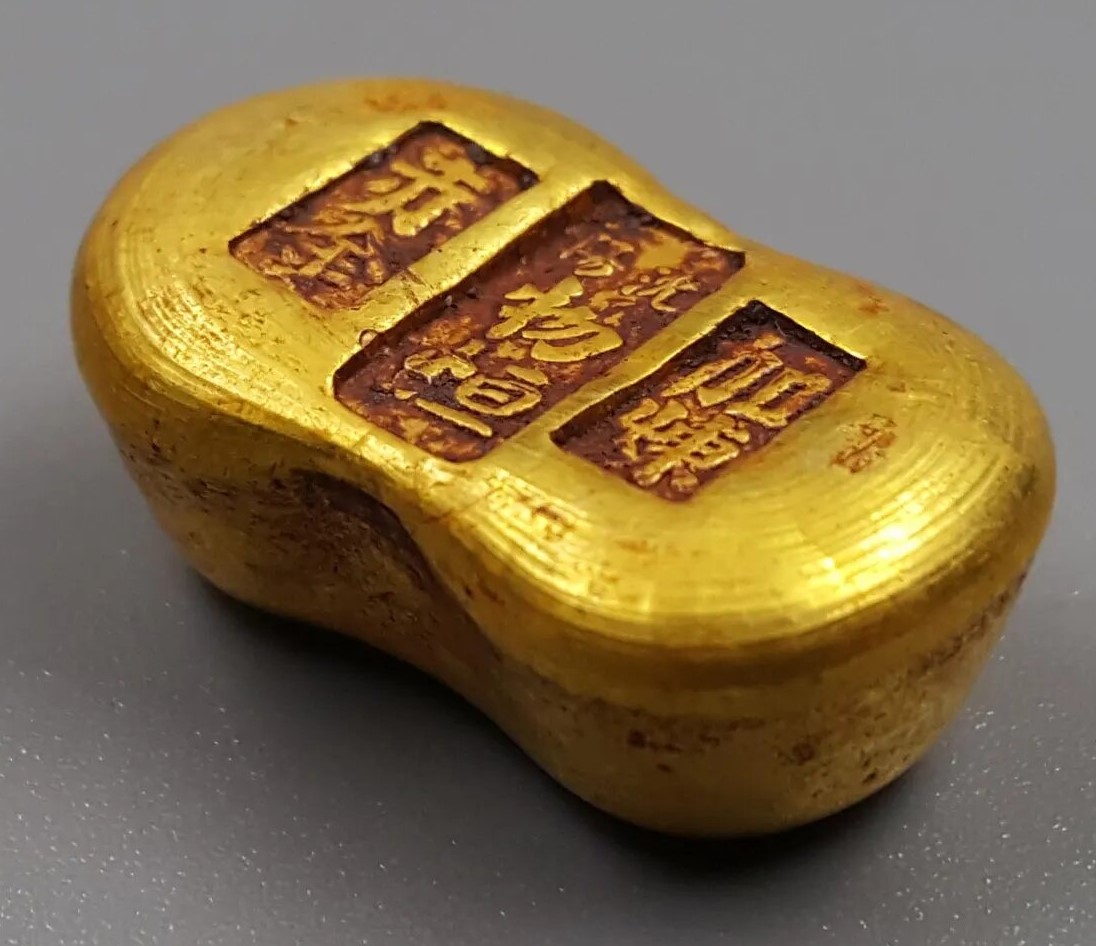 A late Qing Dynasty 32-gram gold ingot with its original Chinese markings sold for $2,500 plus the buyer’s premium in June 2020, although its intrinsic value was only about $1,663. Image courtesy of Golden Moments Auction and LiveAuctioneers

As with any collectible, the rarity, history, condition and size of the gold ingot will determine its worth beyond the intrinsic value of the gold itself. For example, a 32-gram gold ingot minted in China in the 19th century during the Qing Dynasty (1644-1912) was sold at auction on June 9, 2020 for $2,600, a sum well above its intrinsic value. The Chinese ingot is more than just gold; it is history you can hold in your hand.

Just about anything for which people will fight to pay top prices makes it a target for counterfeiters, and gold bars and ingots are no exception. A method commonly favored by crooks involves applying a thin layer of gold to a brick made from a less valuable substance – usually tungsten. The atomic weight of tungsten (74) is reasonably close to that of gold (79), but its price is not; it sells for 90 percent less. Canny collectors can foil bad actors by weighing a gold bar to at least four decimal places using a troy ounce (31.1034 grams) measurement instead of an avoirdupois ounce (28.35 grams). If the piece under consideration is, in fact, gold and not an alloy, the weight of both it and the troy ounce should match.

Another way to detect a bogus bar is to test it with a magnet. A wide range of metals, tungsten included, are magnetic, but gold is not. If a magnet reacts to a gold bar or ingot, the gold contains a metal alloy that should not be there.

It is also important for an interested buyer to confirm all of the identifying marks stamped on a gold bar or ingot. These may include the foundry’s name, the year of production, a production number, the assayer’s monogram, the fineness of the gold, serial numbers, and the piece’s official weight. This information should be compared to the certificate of authenticity issued by the refinery, government agency or private mint. 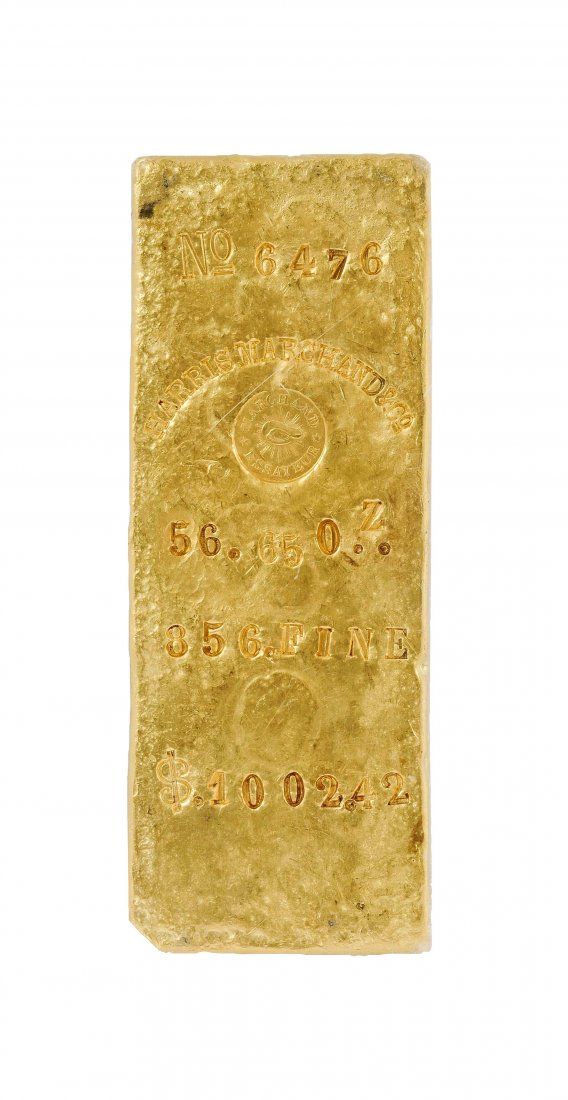 A 56.65-ounce gold bar bearing a Harris, Marchand & Co. stamp sold for $230,000 plus the buyer’s premium in January 2017. Image courtesy of Dan Morphy Auctions and LiveAuctioneers.

In addition, it is vital to check the company stamps on the gold against official ones to ensure counterfeiters aren’t replicating the stamps themselves. Some private mints have added holograms directly to their ingots during the manufacturing process to provide additional security. These hologram-sporting pieces are known as kinebars, and sometimes the holograms can actually make them more desirable to collectors. The fanciful artistic hologram design on a gold ingot from Argor-Heraeus in Switzerland sold in April 2020 for a hammer price of $2,300, or about 26% above the spot price of gold at the time. 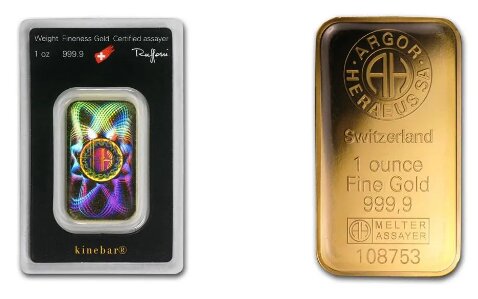 Holograms were introduced as a security feature for small, minted gold ingots, but artistic holograms can add value. A fanciful design on a one-ounce gold bar from Argor-Heraeus in Switzerland realized $2,300 plus the buyer’s premium in April 2020. That sum was about 26% above the spot price of gold at the time. Image courtesy of 3 Kings Auction and LiveAuctioneers

While most of the world’s gold is currently mined in China, the United States has produced more gold to date than any other nation, according to a September 2020 BBC report by Justin Harper. Russia, Australia, South Africa, and Peru are other significant sources. Much of the counterfeit gold in circulation comes from countries such as North Korea, which have few to no gold mining operations. Ironically, China is considered a primary source of counterfeit gold bars as well as the genuine article. Of course, industry leaders firmly insist that all gold bars and ingots should only come from reputable dealers or mints.

The Future of Gold

Of all the gold in existence today, about 201,000 tons, or 75% of it, was mined after 1910. Even more startling is the fact that the world’s entire historic supply of gold would easily fit inside an Olympic-sized swimming pool. 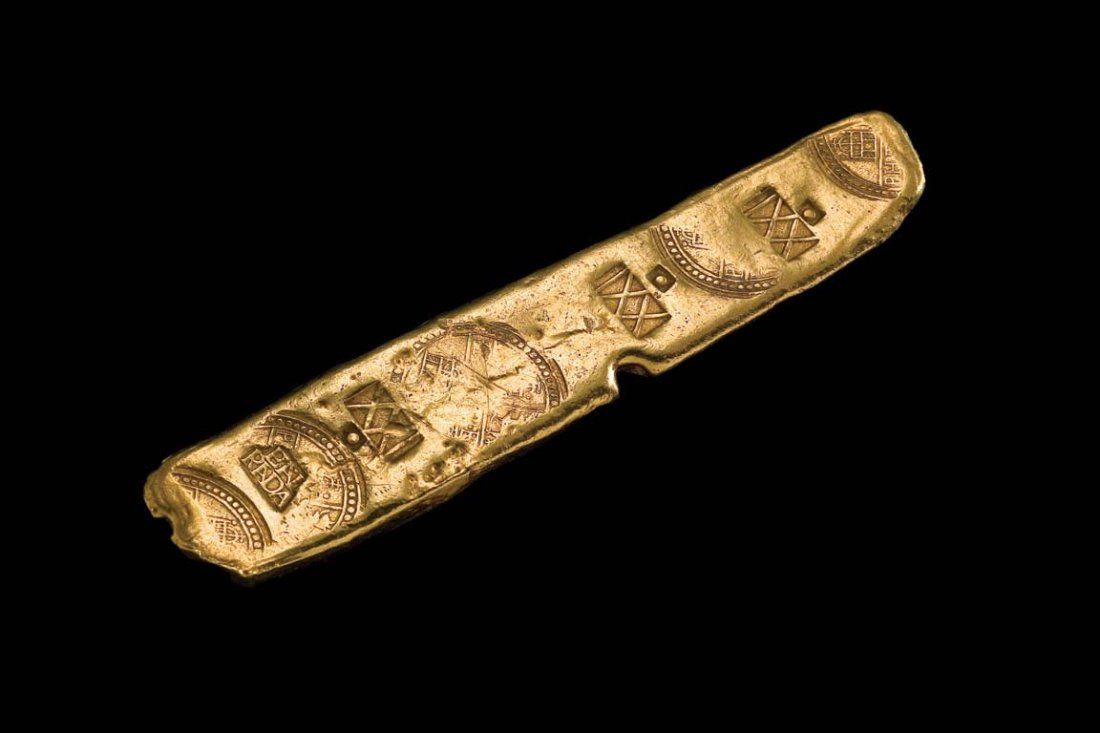 Explorer Mel Fisher appeared on television more than once with this petite 18.65-ounce gold bar, which he recovered in 1979 from the shipwreck of the Spanish galleon Atocha. It realized $75,000 plus the buyer’s premium in August 2015. Image courtesy of Guernsey’s and LiveAuctioneers

Our planet has yet to be drained of its gold supply. Another 15 billion pounds of the glittering stuff is believed to be lurking in seawater and along the seabeds of the oceans. The unexplored reaches of Antarctica could contain gold deposits, and the moon is suspected to have seams of the precious metal, too. Your golden opportunity to acquire bars or ingots is all around you, including in online auctions such as those hosted on LiveAuctioneers. 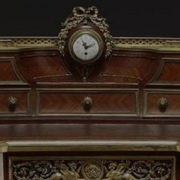 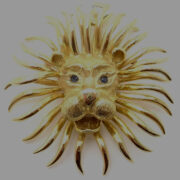 Gold, gold and more gold emerges from Jasper52 vault, May 18 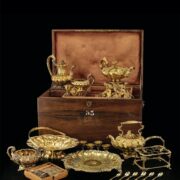 Silver or Gold? With vermeil, you get both
Quilts and textiles featured in Jasper52’s Nov. 18 Americana auction