NEW YORK – In American art pottery, there is perhaps no more important name than the Rookwood Pottery Co. in Cincinnati, Ohio, an industry leader since the pottery was launched by Maria Longworth Nichols in 1880 as one of the first U.S. manufacturing companies founded by a woman.

Rookwood has long been renowned for not only its talented decorators but its scientific experimentation, resulting in innovations such as “air-brush” glaze application and some of the most sought-after glazes used in pottery.

Rookwood artists changed the way art pottery was created. “They were arguably the best at underglaze decorating,” said Don Treadway, owner of Treadway Gallery in Cincinnati and a specialist in the Arts and Crafts movement. “From their inception, there was nobody producing the quality of work they produced. They were the best at this technique by far and their vellum glaze was another innovation others couldn’t copy.”

Underglaze decorating techniques were mainly developed through significant research and development by Rookwood’s founder and its expert staff. Rookwood was the first company of its kind to hire a glaze chemist to scientifically research glaze chemistry and perfect the glazes. The many international awards it garnered attest to its success, which continues today with crystalline glazes on the cutting edge of new multiglaze decorating techniques.

“These glazes were perfected, a time-consuming early research and development project, before the Rookwood decorators could then use them to paint as artists did on canvas. Importantly, each artist had to have a thorough understanding of glaze interactions for the colors to commingle and work together as a unit,” said George Hibben, historian and tour coordinator for the Rookwood Pottery Co. “The atomizer was perfected by Laura Fry in the 1880s and allowed glazes to be sprayed, fading from color to color in a smooth transition. Rookwood vases were thus sprayed with a few glazes, then decorated, creating a seamless canvas of artistic beauty on a three-dimensional form. This was a radical transformation of artistry.”

Rookwood led the industry by adhering to high standards of quality control while always experimenting to improve and develop new and striking glazes. “Oral tradition says that Rookwood never fired a kiln without there being experimental pieces in the mix,” said Riley Humler, auction director and art pottery expert for Humler & Nolan in Cincinnati, Ohio.

Stylistic themes have tended to change about every 10 years throughout Rookwood’s history, Hibben said. “Asian-inspired themes were popular and tend to be prior to 1910 and include dragons, birds and koi fish in flowing themes. Many of these were executed by Kataro Shirayamadani or Albert Valentien. Native American portraits were popular during the 1890s with many artists contributing, the best possibly being Grace Young. Tight geometric designs were seen in the 1920s-30s with Sara Sax and Arthur Conant being among the best decorators in this style. Abstract decorations of animals and nudes evolved in the 1930s-40s, Jens Jensen being one artist sought after by collectors.”

Great examples of Rookwood hail from every era but the most desirable Rookwood pieces today date from the late 1910s to the early 1930s, Humler said. “This is a period of great technical achievement at Rookwood coupled with innovative work by many of Rookwood’s better artists. These pieces have always been of interest to collectors but they seem to be gaining favor and holding value better than some. Early examples of Rookwood (early 1880s pieces) have recently gotten a boost of collector interest and are doing well.”

Better items, regardless of price range, are doing well, Treadway said. “The standard glaze floral examples aren’t very popular as has been the case for a long time. Native American portraits have continually done well and sculptural examples are also very popular but rare to find. Unusual glaze examples are often very sought after but they are in short supply.”

Glazes have been innovative throughout Rookwood’s history with updated versions equally as eye-catching, Hibben said. “From 1880 to 1885, the Limoges style of underglaze decoration involved new colors in slip decoration, allowing texture and creating depth of color. Standard Glaze was in vogue from about 1884 to 1909. The elusive Goldstone-Tiger Eye Glaze was hard to control, but award winning from 1884 to 1900 (the modern cousin being Nebula).”

“Luxurious and soft mat glazes were developed in a variety of colors beginning about 1900, with this color palette being used for architectural tile installations,” he said. “Vellum Glaze was developed in 1904 and used until 1948, yielding a translucent softness to landscape decorations and harbor scenes. Ivory Jewel Porcelain, from 1916 to 1953, is a translucent to semitranslucent glaze, yielding a softness to the artistic decorations.

Lesser known but equally appealing glazes include Black Opal, French Red, Butterfat, Nacreous (used only in 1915 and now Kaleido), drip glazes and fades (continues today), Wax Mat, Bengal Brown, and a multitude of others, he added. “Rookwood glazes have always been evolving, roughly every five to 10 years over the history, and that trend continues today with continued experimentation to find the next most interesting glazes.”

Regardless of their era, great Rookwood pieces have several traits in common: great artwork and great condition, Humler said. “Being fresh to the market is also important. Pieces that have never been sold before are apt to stir collector interest but the ultimate yardstick is excellent art and condition.”

“When considering a piece, listen to the piece. As strange as this sounds, if it speaks to you or tugs at your heart or soul, that connection may be the best advice when considering a Rookwood piece,” Hibben said. “I have sometimes defined the attraction to Rookwood as a virus, inexplicable, but once inside you, something that cannot be cured.” 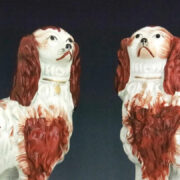 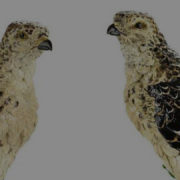 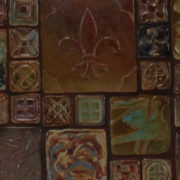 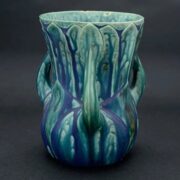