A Qianlong-period sandalwood carving of Sakyamuni, founder of the Buddhist religion, achieved NT$950,000 (about $30,500) plus the buyer’s premium in March 2016. Image courtesy of Phoebus Auction Taipei and LiveAuctioneers

Sandalwood ranks among the most valuable hardwoods in the world, as well as the most adaptable. Since ancient times it has been converted into medicine, incense, oil, food, a base for perfume, and raw materials for jewelry, furniture and sculpture. While some varieties of sandalwood are endangered, the tree persists and remains cherished today. This large Qing Dynasty sandalwood seal carved in the shape of a mythical beast earned $140,000 plus the buyer’s premium in December 2017. Image courtesy of California Asian Art Auction Gallery USA and LiveAuctioneers

Sandalwood appears in different varieties. White sandalwood is harvested in southern India, Malaysia, Indonesia, Australia and the Hawaiian Islands, mostly for its essence as an aromatic oil. Known scientifically in the genus santalum, it is a hemiparasitic tree, which means it needs to feed off the roots of other trees in order to survive. A mature sandalwood tree can grow to about 50 feet (15 meters) and nearly a foot in diameter (30 cm). When it is harvested, and especially if it is harvested for its oil, the entire tree is uprooted and all of its parts – root, bark and branches – are put to use. 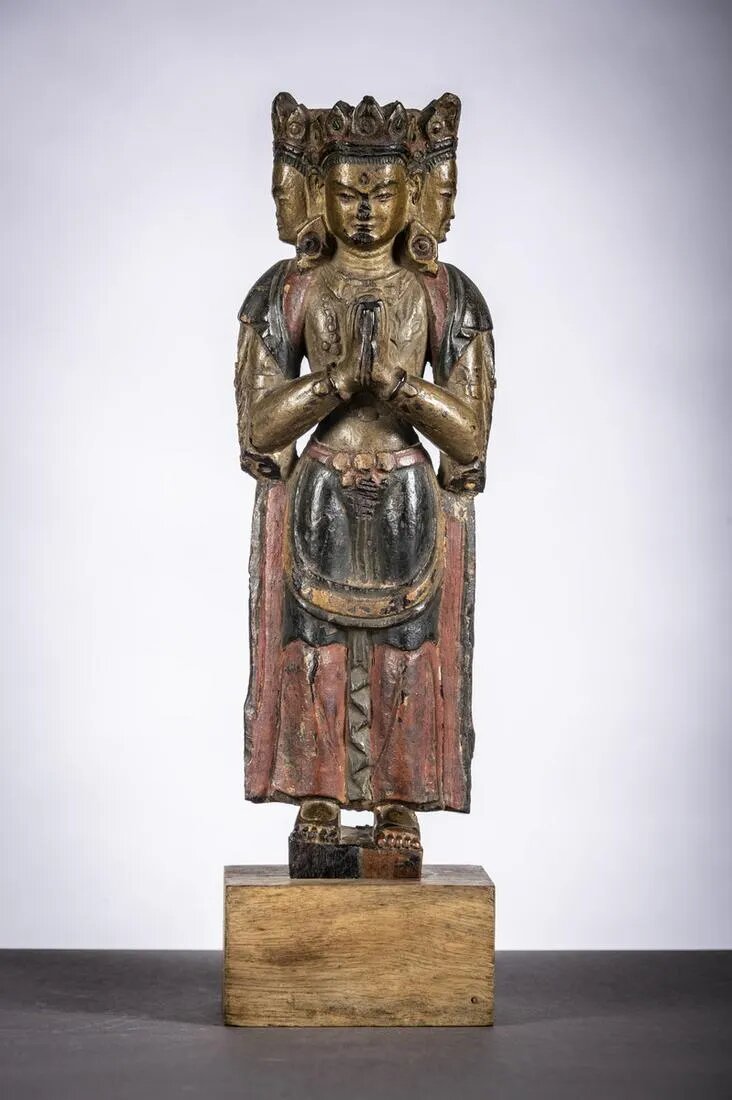 A detailed 17th- or 18th-century Tibetan sandalwood carving of Avalokiteshvara, a Buddhist deity who embodies the compassion of all Buddhas, realized $1,505 plus the buyer’s premium in September 2020.
Image courtesy of Veilinghuis Loeckx and LiveAuctioneers

Most people know of sandalwood as a soft, woodsy scent in perfumes, soaps and incense, but far fewer know that sandalwood oil forms the base for several perfumes because it helps fragrances to last longer – sometimes decades longer. Sandalwood’s essence is contained in its heartwood, the reddish interior of its trunk. To reach it, workers cut away the surrounding bark and white sapwood so the heartwood can be reduced to a powder and distilled into sandalwood essence. Any leftover powder is turned into incense for religious rituals and meditation. 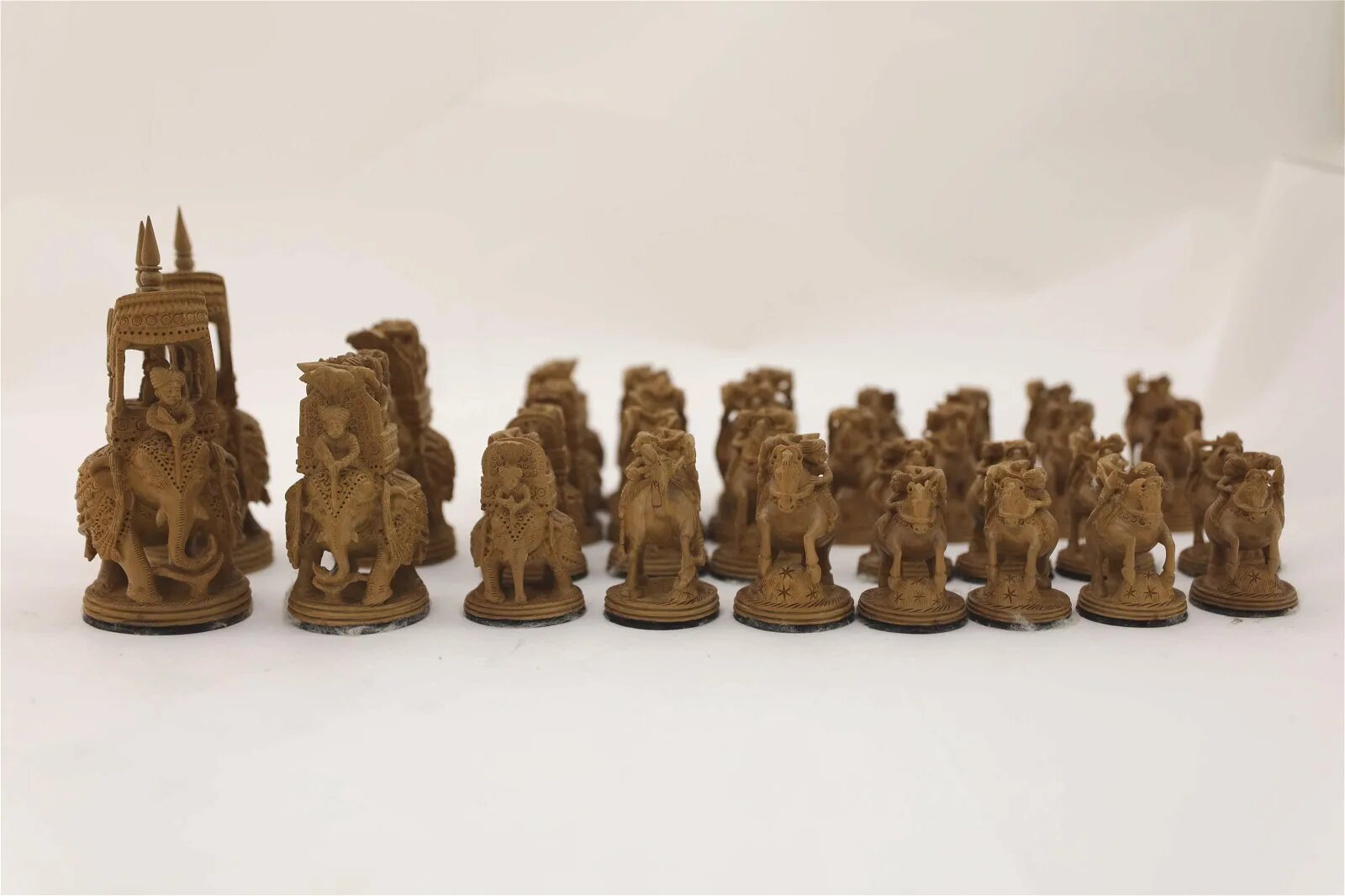 This complete set of Indian sandalwood chess pieces, featuring the kings on elephants, the knights on horses, and the rooks on camels, sold for $170 plus the buyer’s premium in April 2022. Image courtesy of Neely Auction and LiveAuctioneers

Sandalwood from India has the highest concentration of oil essence and is therefore the most prized of all species. However, because of recent overproduction, the Indian government has passed laws to control its production, making it scarcer. Western Australia grows sandalwood for export, but its oil essence isn’t as potent as that of its Indian counterpart. Australian sandalwood counters this disadvantage through volume. Because its production is less regulated, it is more abundant. About 80% of all sandalwood destined for use as an essential oil, incense or aromatherapy comes from Western Australia. 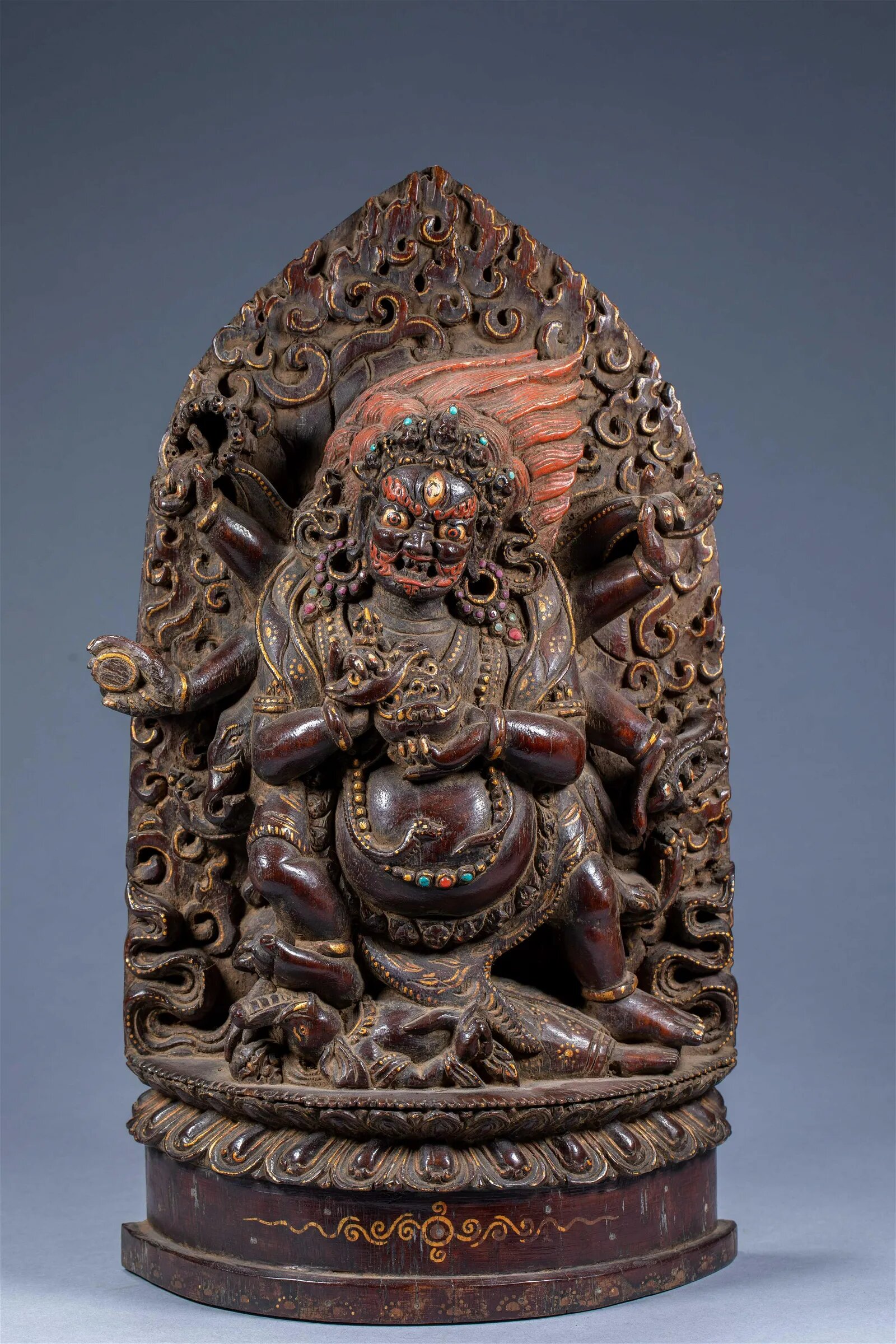 An elaborate Qing Dynasty Buddha carved from red sandalwood rose to $5,500 plus the buyer’s premium in August 2022. Image courtesy of Asian Antique Group and LiveAuctioneers

Sandalwood’s status as a hardwood renders it ideal for carvings, statues and furniture. The very first statue of Buddha, which dates to the 6th century, is believed to have been carved from sandalwood. Throughout India, sandalwood is still preferred for sculpting intricate figures of Buddha and the other deities seen in the country’s religious shrines. Necklaces, bracelets and other jewelry can be fashioned from sandalwood, providing its wearer a calming, comforting presence throughout the day. 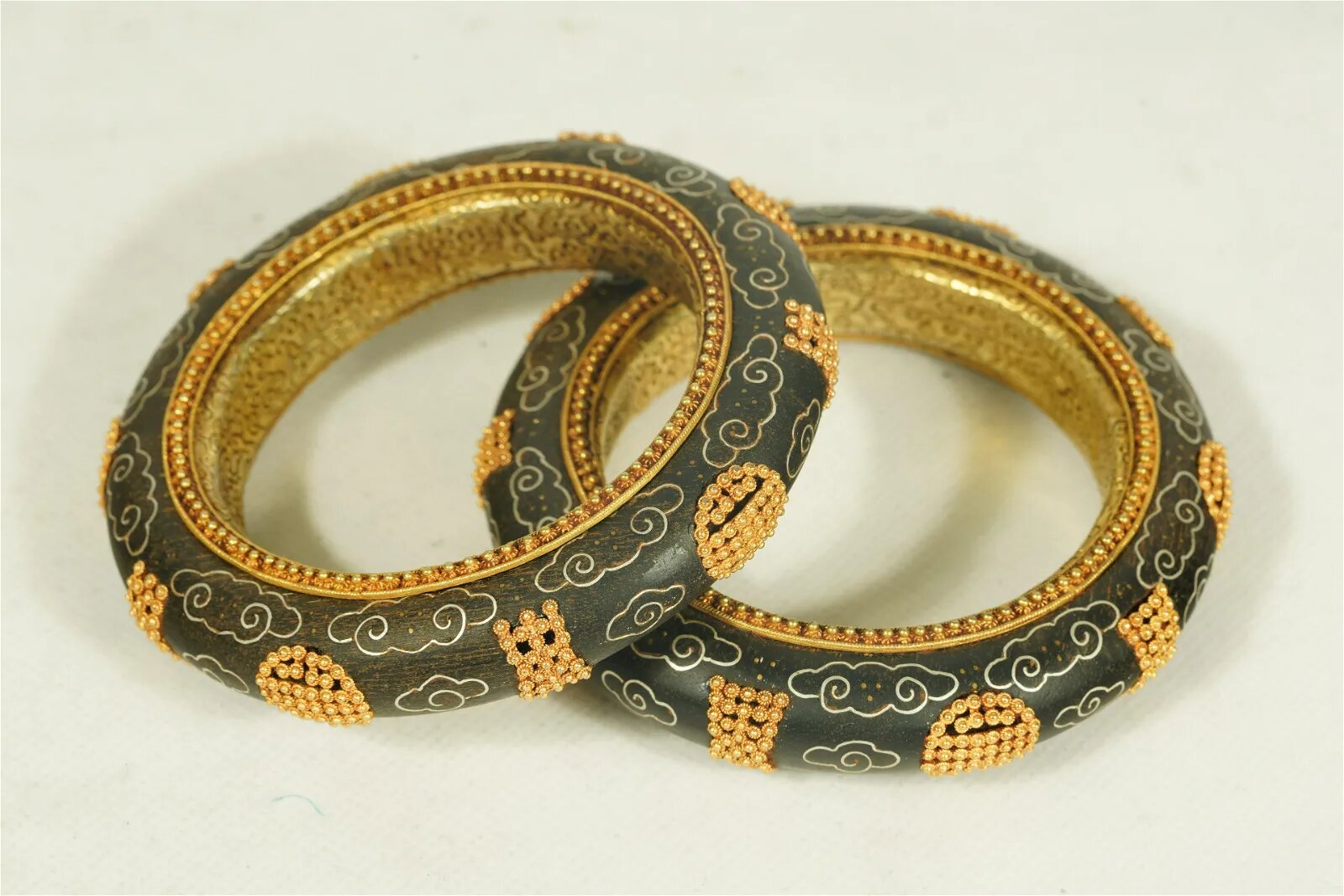 This pair of sandalwood bracelets earned $4,250 plus the buyer’s premium in May 2022. Image courtesy of Southern California Auction Gallery Inc. and LiveAuctioneers

Historically, Indian sandalwood has only occasionally been turned into furniture. You might see vintage sandalwood pieces at auction, but contemporary examples are hard to find. Australia began exporting sandalwood in the 1990s, but usually in the form of logs, branches and roots, not finished products. 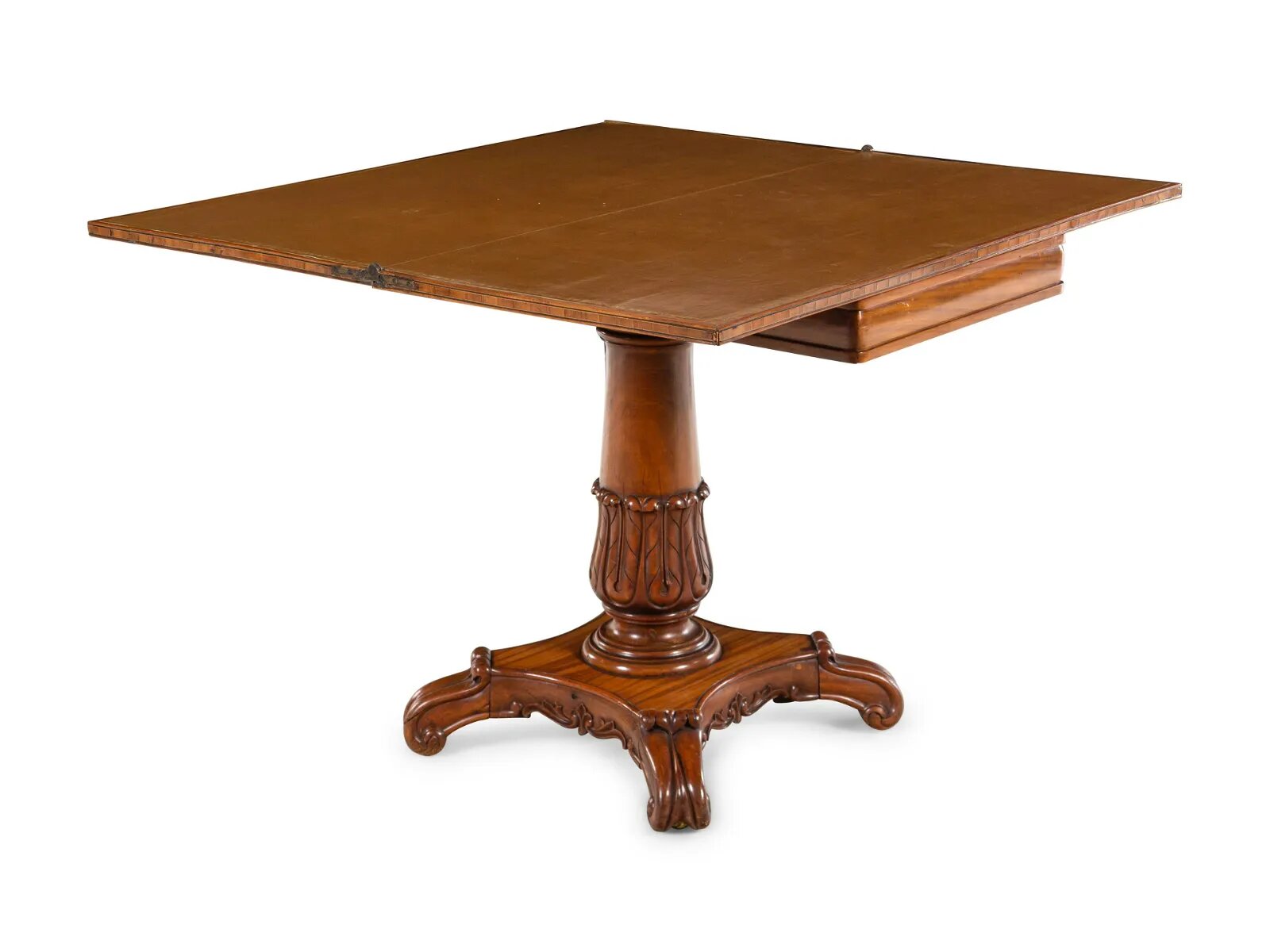 A 19th-century Indian sandalwood table sold for $800 plus the buyer’s premium in February 2022. Image courtesy of Hindman and LiveAuctioneers

Apart from Indian sandalwood, the other major form of the hardwood is red sandalwood, which is also known as zitan. Favored by China during the Qing Dynasty period (1644-1911), it was transformed by artisans into furniture, boxes, musical instruments and all manner of decorative objects. The royal throne of the Chinese emperors in the Forbidden City is carved from brilliant red sandalwood. Today, red sandalwood is classified as an endangered species on the International Union for Conservation of Nature’s (IUCN) Red List. Therefore, the only responsible way to own objects crafted from red sandalwood, or zitan, is to acquire antique or vintage productions from reputable sellers. 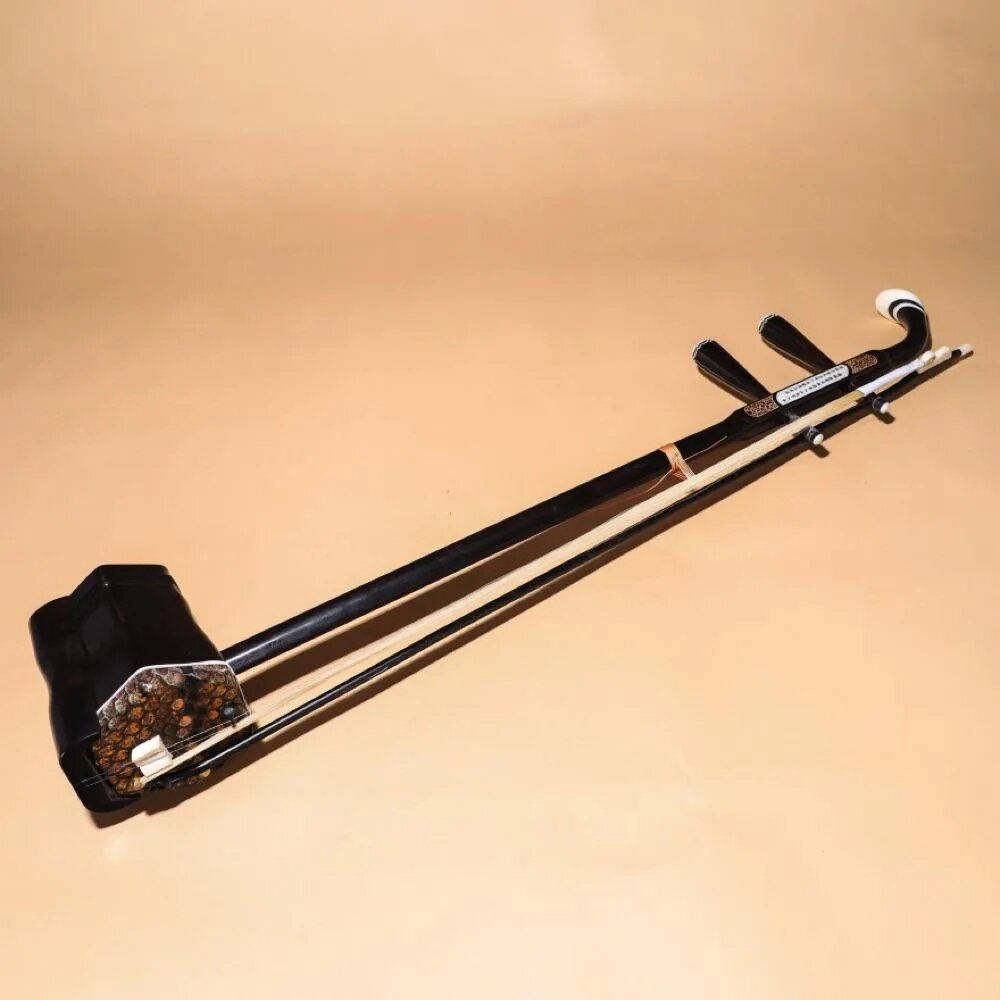 Most sandalwood objects offered at auction feature an Indian, Japanese or Chinese theme, as the hardwood plays an integral part in most Asian religions and their ceremonies. It has earned it the moniker the Tree of Life. In fact, Tipu Sultan, who ruled the region of Mysore in South India from 1782 to 1799, gave Indian sandalwood royal status for its healing properties, economic benefits, and otherworldly connections. A Qing Dynasty red sandalwood master chair, a three-piece set, achieved ¥26,000,000 (about $180,000) plus the buyer’s premium in August 2022. Image courtesy of Ancient Art Tokyo and LiveAuctioneers

Whether white or red, sandalwood delivers delight in more than a dozen forms. Every part of the tree is used and every part contributes to its everlasting service to everyone. Truly, it is a giving tree. 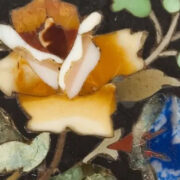 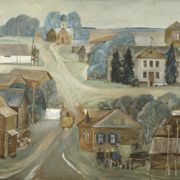 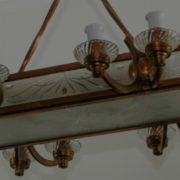 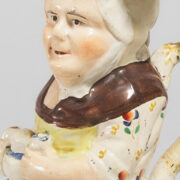 Raise a glass to the jolly Toby jug 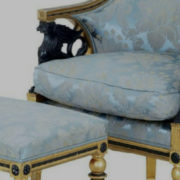