Quilting and storytelling go hand in hand, or perhaps it’s more like stitch by stitch. Whatever the illustration, the fact remains that for as long as people have been quilting, they’ve been infusing bits of themselves and their experiences into their creations.

Sometimes the infusion of first-person stories or family lore is strikingly apparent from the image or scene serving as the central focus of the quilt. In other examples the message may be more subtle but just as integral to the quilt’s overall tale. It could be the pattern, the material or type of stitch used that conveys a special meaning. 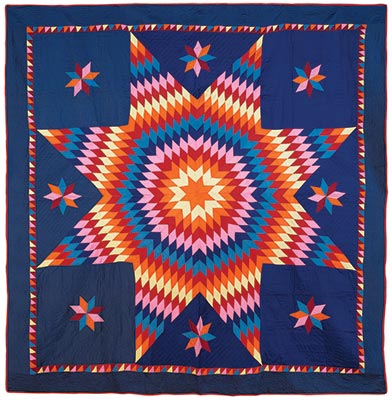 The beauty of storytelling through quilting is that every piece and stitch matter, and every quilt is indeed a sum of its parts, not unlike life itself. Each person’s life is a collection of stories based on the experiences and emotions shaping the journey. It’s those stories that also speak to collectors of these textiles that “talk.”

Marla Jackson, founder of the African American Quilt Museum and Textile Academy in Lawrence, Kansas, refers to quilts as examples of visual literacy.

“I believe that when our ancestors or we make quilts, they speak for us. It’s a language and a form of communication,” said Jackson, who began quilting in the late 1990s and opened the museum in 2012.

“Ms. Marla” as she’s known, uses quilts and their stories to educate and inspire youth living in northeast Kansas. Through her “Beyond the Book” program, she strives to impart details and understanding of the African American heritage from the time of slavery through the Civil War era, the Civil Rights movement and to the present. The group has turned to quilts to survey the history of the African American community in their region of the Sunflower State. 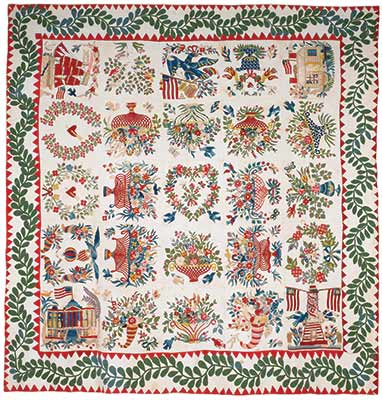 Among the historical accounts Jackson and the children have explored by studying and making quilts is that of Maria Rodgers Martin. Martin was among the slaves abducted by Union troops during a raid of the Tennessee home where she worked. She was taken to Lawrence, Kansas, where she worked as a servant for Senator James Lane. It’s believed she created a variety of quilts during the Civil War years while living in Lawrence. One of the most notable is a Feathered Star pattern quilt, which was assessed by the authors of the book Stories in Stitches as being “a stunning example of fine workmanship and quality. Today the Feathered Star is considered an advanced pattern [and the example believed to have been done by Martin] done with flawless execution.”

As part of their research of Martin, Jackson and the students worked together in 2014 to create a quilt that told her story through textile. Jackson took the same approach to create narrative quilts that profiled people who endured discrimination in the 1930s. The quilts in this series feature iconic singers and musicians including Billie Holiday, Nina Simone, Louis Armstrong and Ma Rainey, among others. 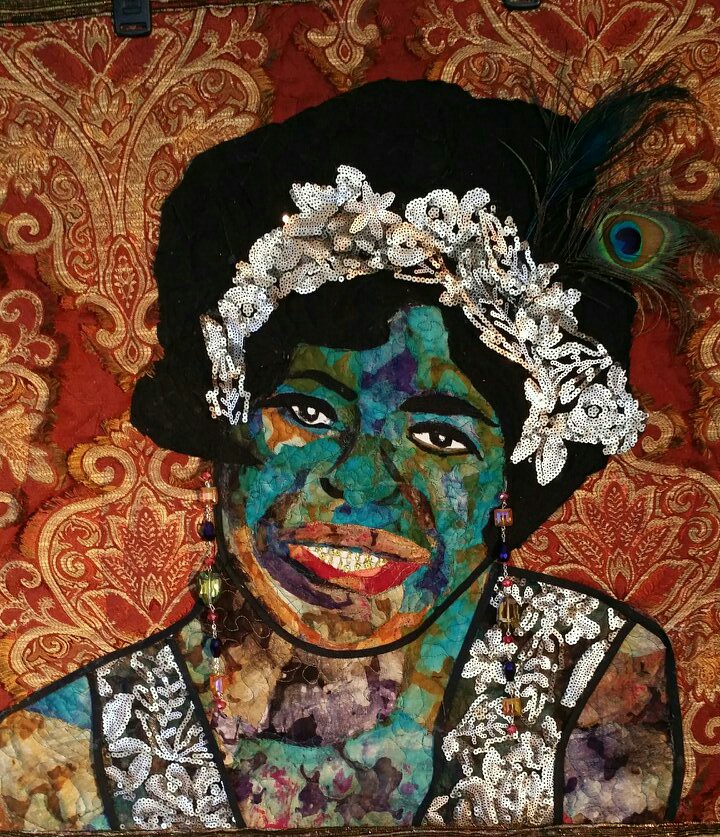 For Jackson, whose quilt art has appeared in more than 40 venues across the country – including the Smithsonian’s National Museum of African American History and Culture, and the American Folk Art Museum – all of this is about fulfilling her calling.

“It feels like I’m doing what I was born to do,” she said. “I’m sharing the stories told by centuries of people by helping others ‘hear’ the quilts…”

Echoing Jackson’s sentiments about quilts of the past and present is Laura Hendrickson, registrar at the National Quilt Museum in Paducah, Kentucky, where contemporary quilts are showcased, quilting is taught, and its tradition, celebrated. 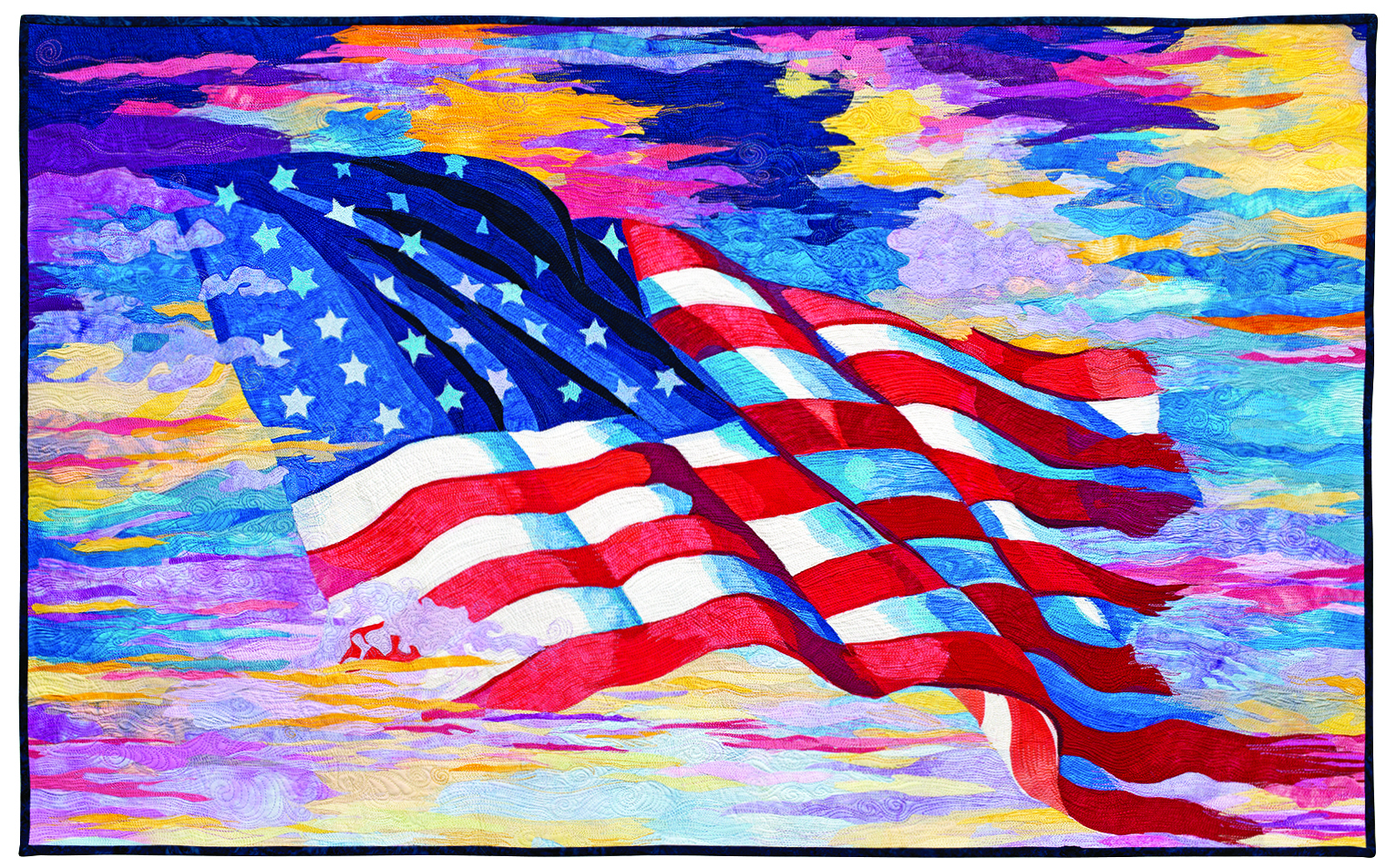 “I think it would be important to consider that quilts and other forms of textile art, which historically have fallen under the category of women’s work, provided a type of voice for people who might not have otherwise had ways to express themselves,” Hendrickson said. “Although we have the choice to speak out today in many ways, quilts, just like any other art form, can be a powerful form of personal expression. I’m not a quilt historian, but my impression would be that while many older quilts ‘spoke’ through symbolism and visual metaphor, today’s quilts are more blunt, even using text in the piecing and appliqué.”

An example of how storytelling and collecting intersect is Stuart Ansell’s 1934 Tiger Pennant Baseball quilt. It sold for $16,000 at a January 2018 Pook & Pook auction.

According to archival information at quiltindex.org, the story of Ansell’s quilt appeared in The Detroit News in 1935. As the story goes, Ansell showed up with a quilt he designed and quilted. The Detroit police officer was a life-long quilter and diehard baseball fan. He had reached out to each player on the 1934 Detroit Tigers team, as well as the groundskeeper and the team’s trainer, to obtain their signatures for inclusion on the quilt. Each embroidered name appears on tan baseballs pictured throughout the body of the quilt. In addition, he embroidered the names of each team in the American League as well as the Tigers’ record, onto the quilt. Also appearing on the quilt are four images of Bengal tiger heads, the team’s trademark Old English ‘D’ and a miniature baseball diamond at the center. 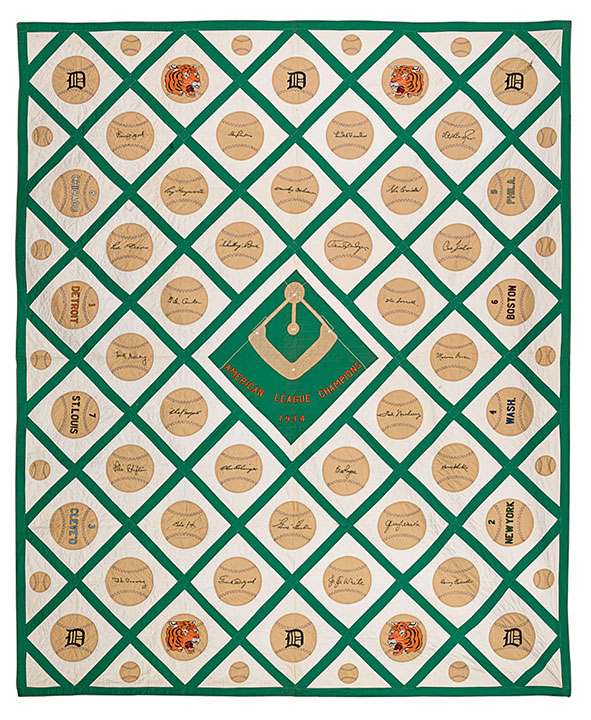 This quilt reflects the story of one man’s appreciation for the game of baseball and his hometown team that took the American League pennant before falling to the St. Louis Cardinals during the 1934 World Series.

Although it’s been more than 80 years since Ansell created the storied Tigers quilt, the history and practice of quilts designed and made by men is more extensive than one might believe.

The appreciation for contemporary quilts like those displayed at the African American Quilt Museum and the National Quilt Museum is why modern quilts have little difficulty being categorized as future collectibles.

“For me personally, I am often struck by the anonymity of so many of the antique or vintage quilts I see. I want to know who made them, and why,” Laura Hendrickson said. “On the other side of that, my work here at the museum ensures that some of the world’s quilts will be cared for and remembered long into the future.” 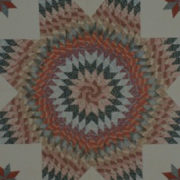