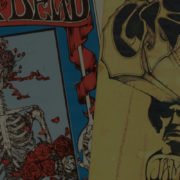 Dozens of original rock ’n’ roll concert posters from the Psychedelic ’60s are available in a Jasper52 online auction taking place Wednesday, July 18. Famous rock stars include the Who, Cream and Fleetwood Mac along with San Francisco “Summer of Love” favorites like the Grateful Dead, Jefferson Airplane and Quicksilver Messenger Service. 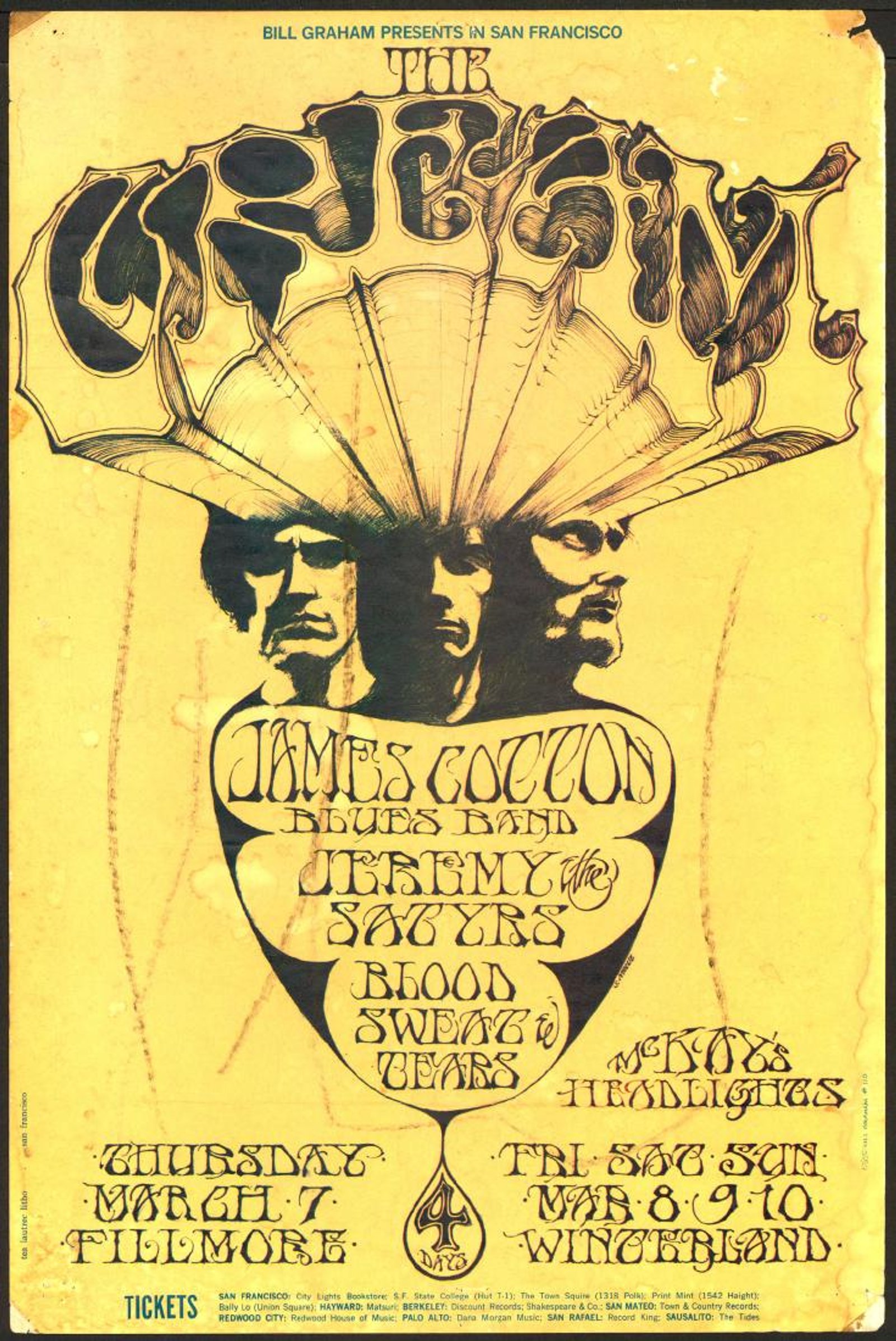 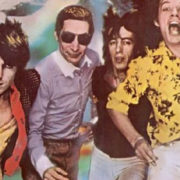 Rock ’n’ roll bands of the late 1960s are reprised in a Jasper52 online auction of vintage concert posters on Wednesday, April 25. Psychedelic colors and far-out graphics by the genre’s top artists combine to make these ephemeral items highly collectible. 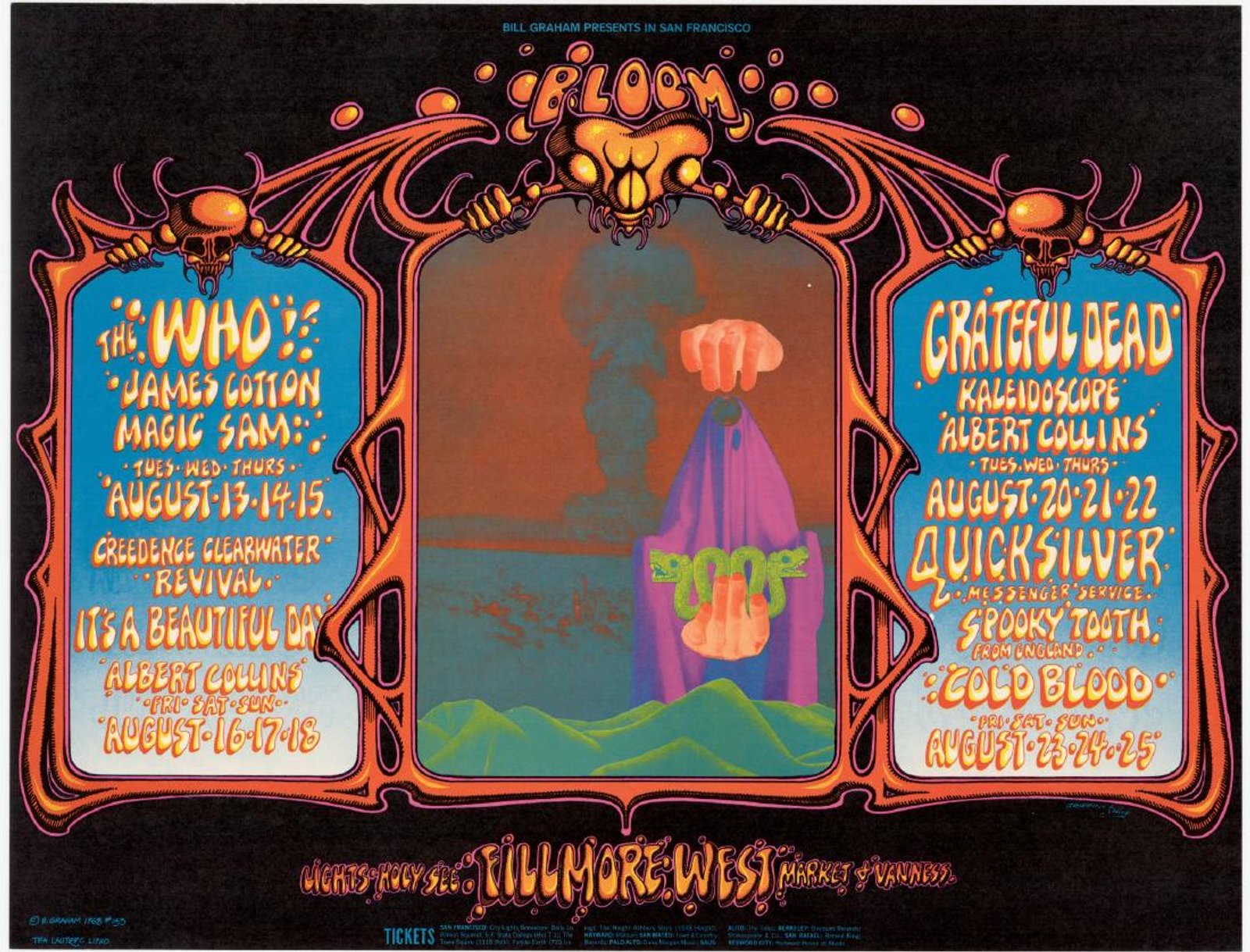 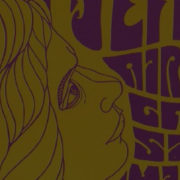 “Hey hey, my my, rock ’n’ roll will never die.” — Neil Young. Many of the stellar rock bands of the 1960s, including the Grateful Dead, Jefferson Airplane, Pink Floyd and Jimi Hendrix, are represented in an online auction of vintage psychedelic rock concert posters to be conducted by Jasper52 on Tuesday, April 3. The auction consists of 135 lots of posters, handbills and related artworks. 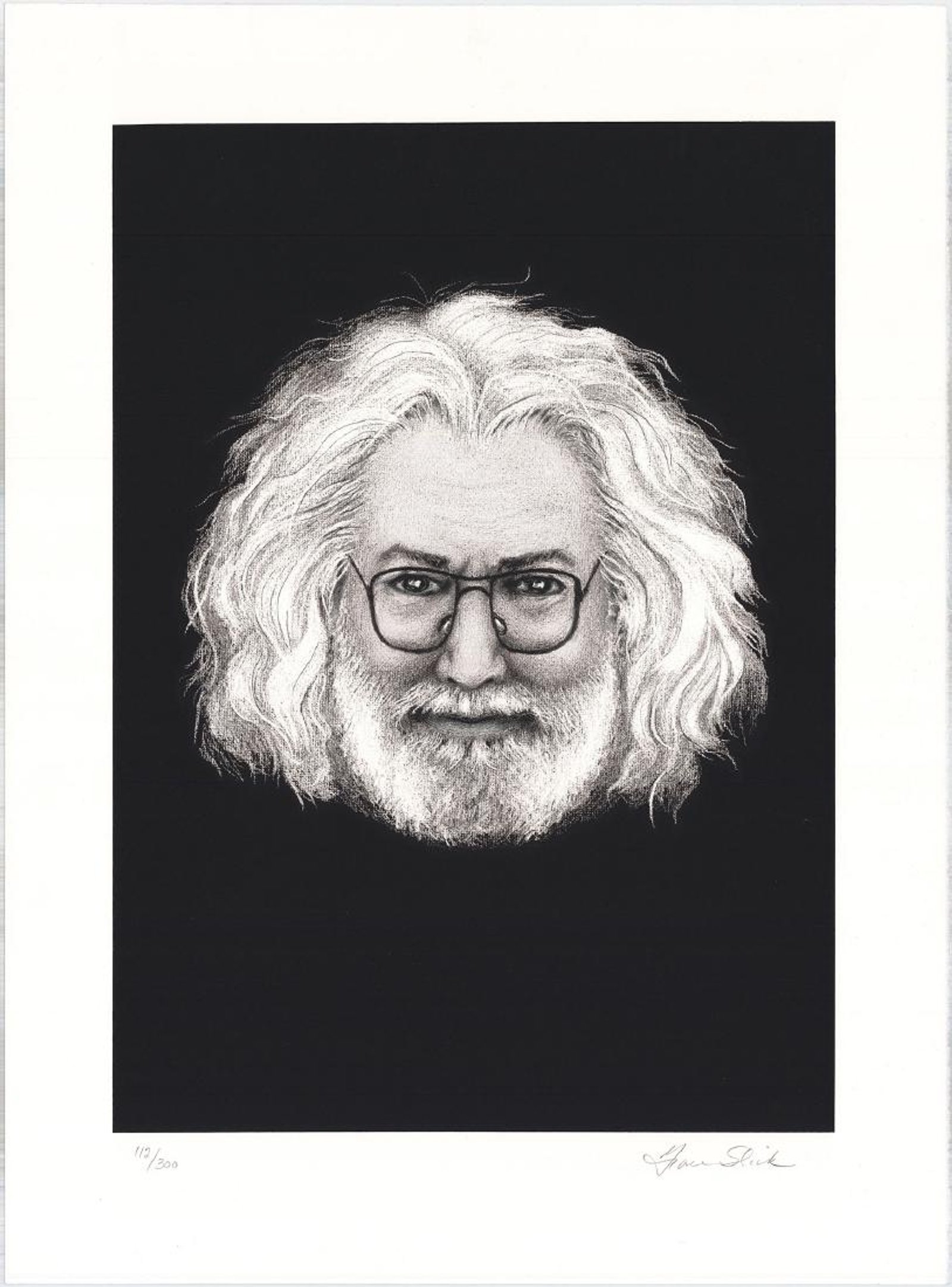 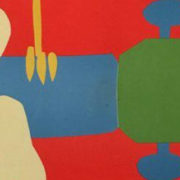 Iconic concert posters of the psychedelic rock era have top billing in a Jasper52 online auction Dec. 5. A rare relic in the auction is an original Woodstock poster signed by its artist. The Grateful Dead, Jefferson Airplane, Pink Floyd, Janis Joplin, Santana and many more rock stars are represented in this colorful sale, spanning concerts from the 1960s to present day. Meticulously designed, vibrantly colored and wall-ready, these posters are sure to electrify any rock ’n’ roll collection. 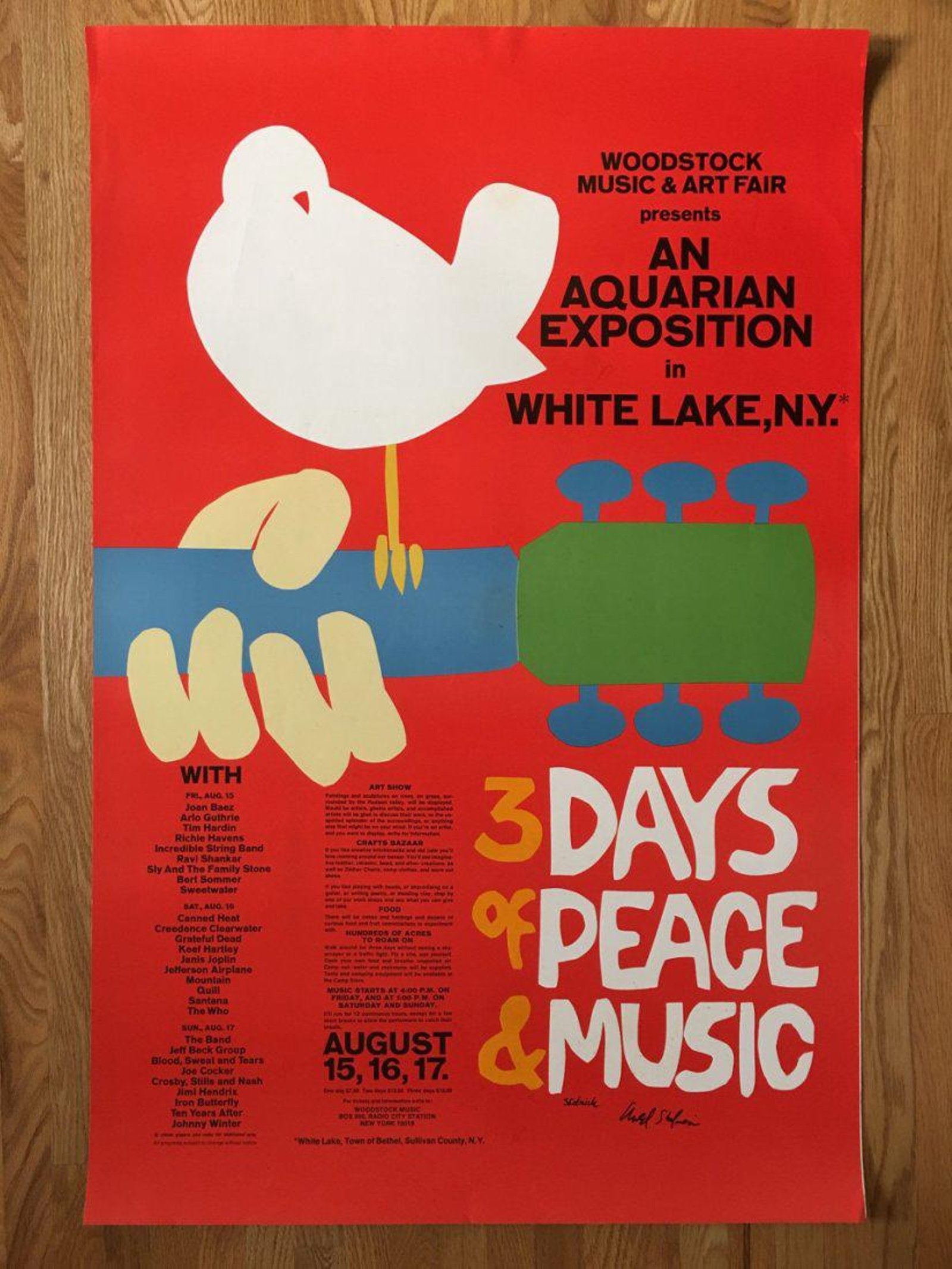 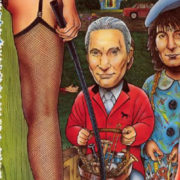 An all-star revue of original psychedelic rock ’n’ roll posters – more than 100 items from the 1960s up to the turn of the century – will be sold in an online auction on Saturday, Oct. 28, by Jasper52. The catalog features rare, original posters from the 1967 Monterey Pop Festival and the 1969 Woodstock music festival. Rock stars headlining the auction include the Rolling Stones, the Doors, Janis Joplin, and Nirvana. 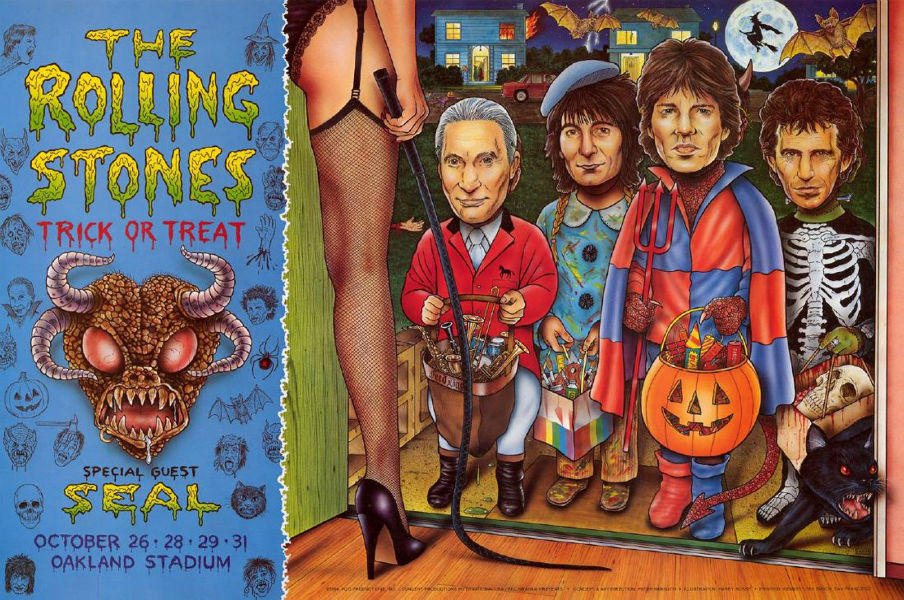 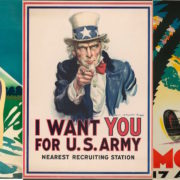 Posters are all about visual appeal. Just ask any American male who, as a teenager, hung a Farrah Fawcett poster in his room in the 1970s. But collectible posters go far beyond the popular pinups of the day. Travel, movies, patriotism, even everyday products are among the themes that end up in best-selling posters.

Advances in printing, namely color lithography, lifted the plain placard to the visually striking color poster that quickly became an art form in the late 19th century. Posters were an effective and economical means of mass communication, especially before World War II.

The great revolution in posters came about as the result of the development of printing techniques that allowed for cheap mass production. Chromolithography made possible the printing of large editions of posters illustrated in vibrant colors.

Posters were purely ephemeral and were not meant to be saved. They were usually discarded once they had served their purpose. Those posted outdoors were usually destroyed by the elements.

Despite competition from newer modes of promotion, the popularity of poster art continued well into the 20th century.

“The good thing about posters is that they are affordable and you do not have to outlay a particularly large sum to put together an interesting collection,” notes Patrick Bogue of Onslow Auctions. “Whilst some of the more sought-after designs sell for over £5,000 ($6,500), you can buy worthwhile examples for around £1,000 ($1,300) or much less in some cases.

Collectors of this art form soon find a need to tighten the focus of their efforts, for example by style, artist or theme. Where to start? It’s the summer travel season. Why not begin with a favorite destination with vintage travel posters, or sample any of the following five recommendations: 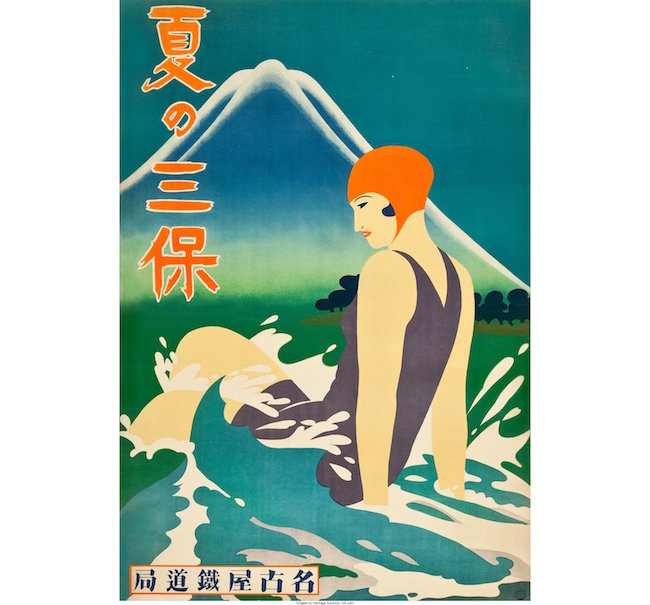 ‘Summer at Miho Peninsula’ was issued by Japan’s Nagoya Rail Agency during the 1930s. These posters were created for domestic use only to promote travel within Japan. It measures 23 1/2 x 34 1/2 inches. Price realized: $4,182. Heritage Auctions image

Railroads and passenger ship lines relied heavily on travel posters. Such posters typically depict their particular mode of transportation, from sleek ocean liners cutting across calm seas to locomotives steaming through picturesque landscapes. Later posters depicted passenger airplanes soaring over mountains, however, early airline posters from the 1930s are probably the most difficult to find of all travel posters, according to Bogue. Travel posters can also picture exotic and exciting destinations, intended to beckon would-be vacationers to get away on a memorable holiday. 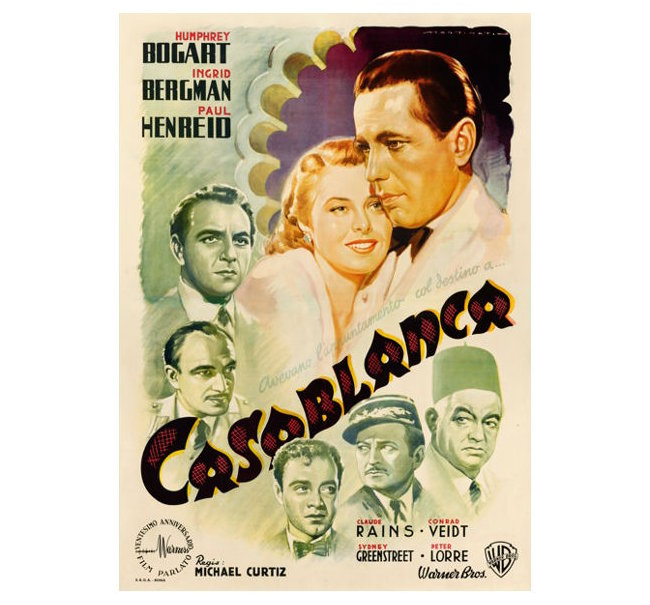 Movie posters are Heritage Auctions’ most popular specialty within the overall category of collectible posters, says Grey Smith, director of Vintage Poster Auctions at the Dallas-based company. “The price levels for the more rare classic material are rising, as it has become harder to find and the demand for those titles has not decreased,” he said. Posters from classic horror movies are especially desirable.

An option for the younger, novice collector is buying posters of more recent movies. “The top-selling posters from the last 40 years are without a doubt Star Wars. Though the posters aren’t necessarily rare in many instances, the demand is great,” said Smith. “But bear in mind that the more recent posters – from the last 50 years – will, relatively speaking, be more common, as that’s when the hobby of collecting posters began. Since that advent, more posters are printed and more kept.” 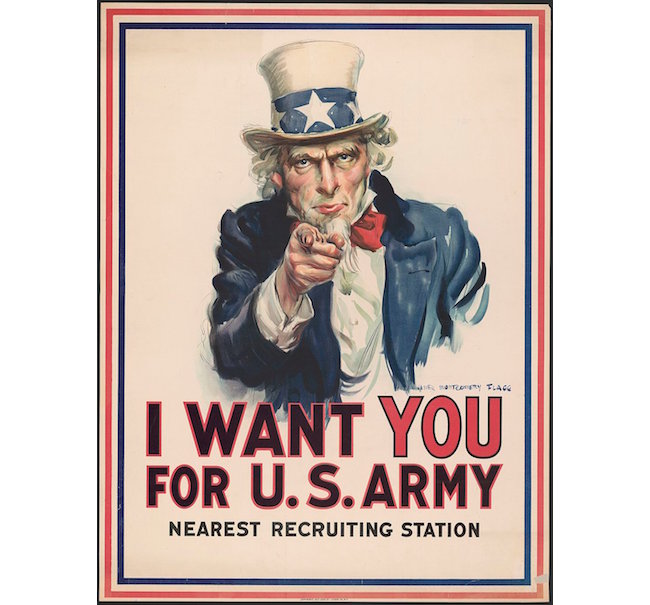 At the peak of his career, James Montgomery Flagg was the highest-paid magazine illustrator in America, and this iconic WWI recruitment poster for the U.S. Army was perhaps his crowning achievement. Printed by the Leslie-Judge Co. in 1917, the poster measures 30 x 40 1/2 inches. Heritage Auctions sold one for $10,157. Image courtesy of Wikimedia Commons.

American illustrator James Montgomery Flagg (1877-1960) created his famous poster of Uncle Sam pointing at the viewer with the caption “I Want YOU for U.S. Army” in 1917 as the United States entered World War I. It was inspired by a 1914 British recruitment poster showing Lord Herbert Kitchner in a similar pose. In 2014, Onslows sold the 1914 “Britons (Lord Kitchener) Wants You” poster for £27,000 ($34,715), a record for a WWII poster.

Numerous recruiting posters followed. Also, various appeals were made through posters during the war years, from solicitations to buy war bonds to warnings issued against careless, unguarded talk, e.g., “Loose Lips Sink Ships.” Over four million copies of Flagg’s Uncle Sam poster were printed during World War I. It was revived for World War II. In 2014, Onslows sold a poster with the now-ubiquitous slogan “Keep Calm and Carry On” for £18,240 ($23,450), a record for a WWII poster.

Smith from Heritage Auctions observes, however, that “material from WWII on has become more common as more comes onto the market, and the demand has diminished.” 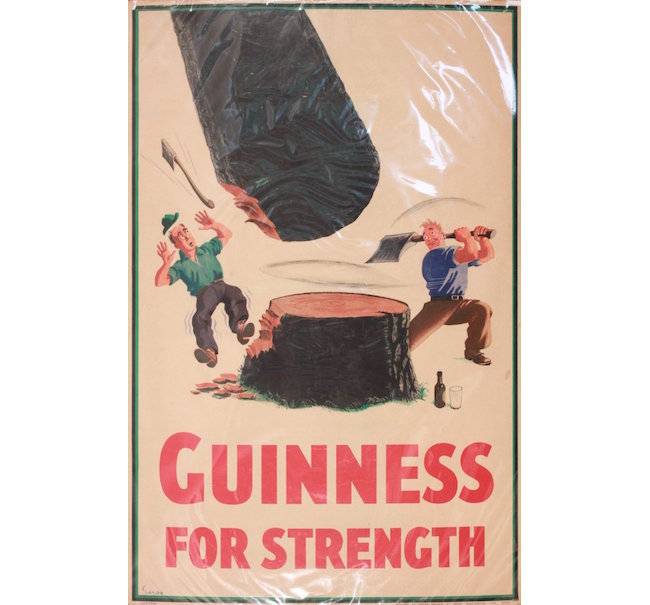 Long-established global brands such as Guinness, Evian and Heinz are favored titles among vintage poster collectors, especially when the posters are early, stylized designs. Popular early 20th-century posters for French chocolates, liqueurs, even bicycles, included images of lovely young women, while posters of the Art Deco period increasingly depicted the subject against a plain, uncluttered background. 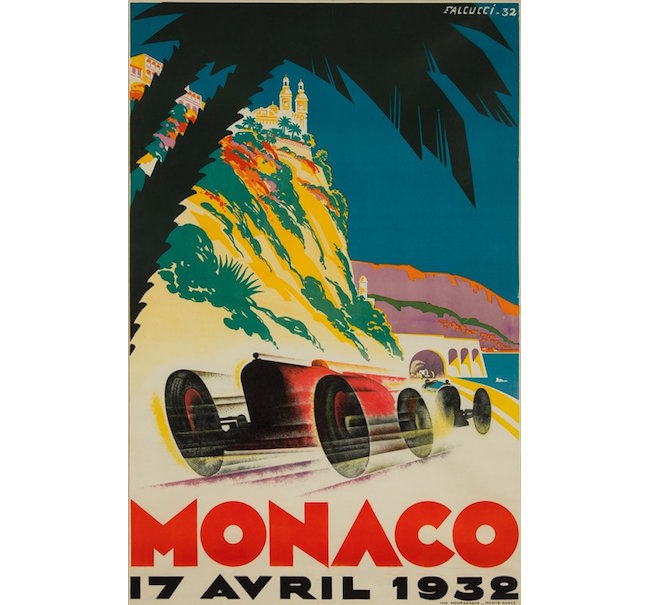 Arguably the broadest poster category is that which advertises an event. Titles range from Wild West shows in America to Grand Prix races in Europe. World’s Fairs and Olympic Games are other subcategories that appeal to collectors, as are psychedelic rock concert posters of the 1960s.

No matter the category, Grey Smith of Heritage Auctions offers this advice: “Start by buying items you like and that seem to have a good demand, as those will usually retain their value. Buy widely by studying the track record of poster auctions. You do not need to spend a lot of money in your initial purchases to make good buys as there is a lot of material in the market now and good prices can be had.”