The lyrics of The Gold Diggers’ Song from the Warner Bros. film Gold Diggers of 1933 are appropriate in describing this week’s auction of 250 vintage rare coins. Collector-quality gold and silver – U.S. and foreign – will be rolling out to the highest bidders. Take a look at 6 highlights from this catalog.

Several factors make the 1859 U.S. $3 Princess gold coin a rare find. The coins were not widely used in the Eastern U.S. and were largely unpopular. Collectors have since changed the status of this attractive design. The coin is sometimes referred to as a “Copper Spot” gold coin because it is composed of 90% gold and 10% copper and silver. 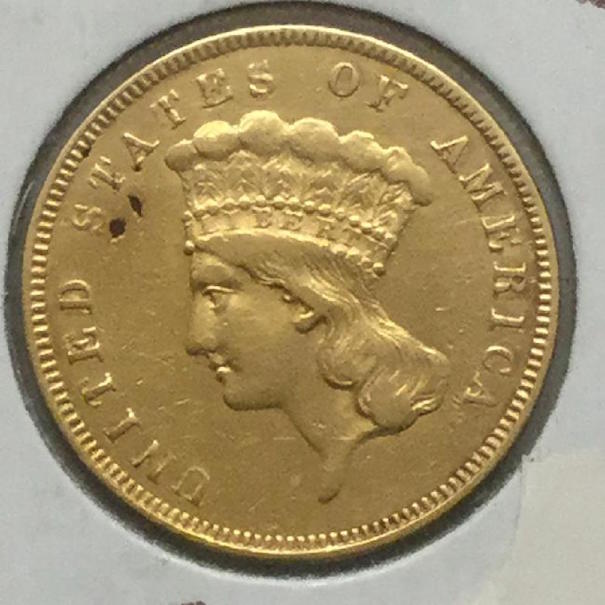 The auction opens with a rare 1955 Double Die Lincoln cent, a rare error that is estimated to sell for up to $7,000. Separately, this second 1955 double die Lincoln cent could sell for upward of $7,770. 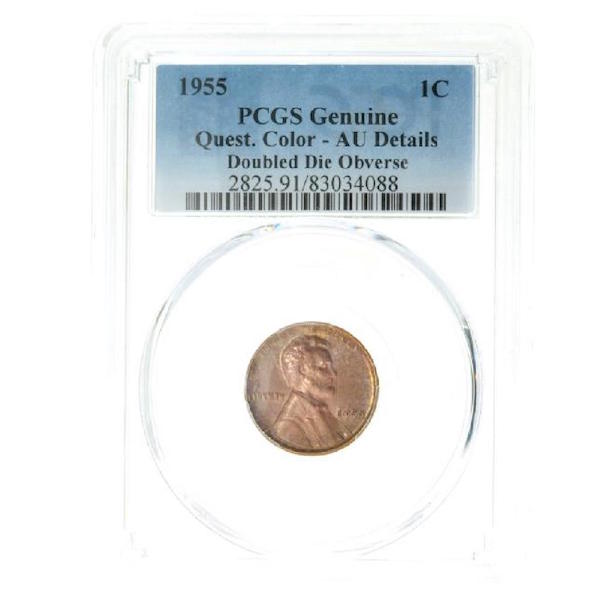 Two rare Morgan silver dollars from the San Francisco mint, named for designer and engraver George T. Morgan, stand out in the collection. This 1903-S Morgan has a PCGS AU50 rating and could top $10,000. 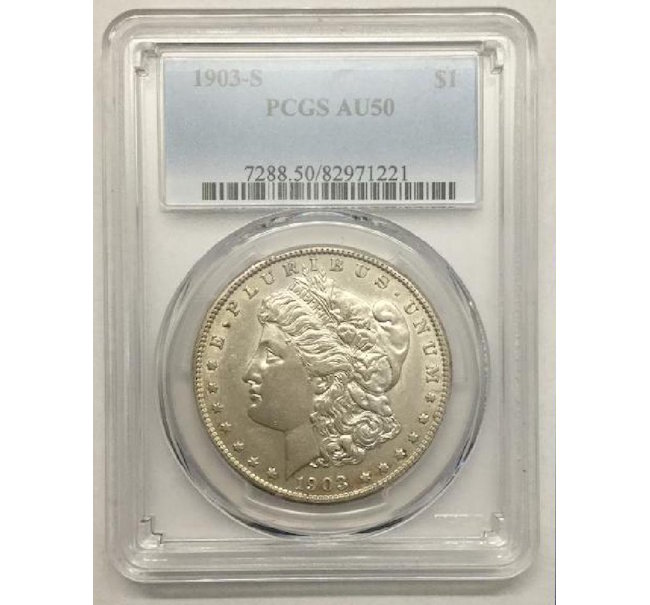 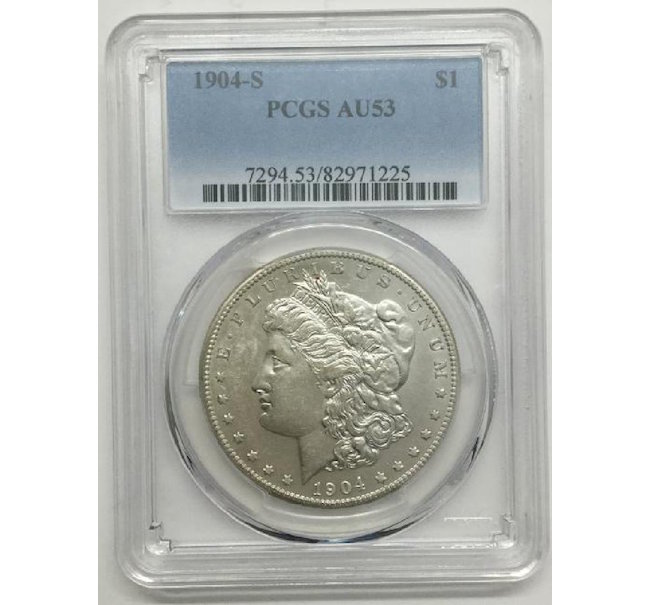 Foreign coins in this collection are led by a rare 1906-S Australia sovereign, PCGS MS63, which could achieve $5,700. 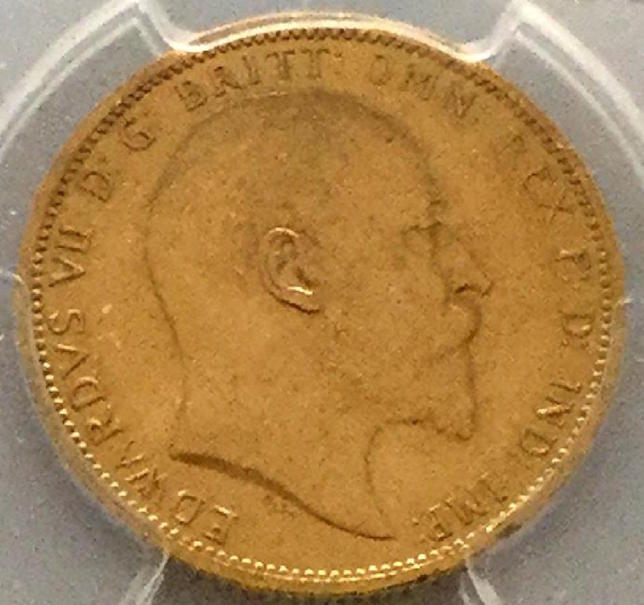 This diverse sale of coins spans centuries and origin. Peruse the full collection and get in the money.

It is said that during the Great Depression, following the devastating Wall Street crash of 1929, the only investments of interest to skittish speculators were fine art, rare cars, and old coins. That rule of thumb seemed to have prevailed during every subsequent period of financial market instability since the 1930s, since the three categories have tended to prove their merits over and over again.

Scarce gold and silver coins are unique in the collectibles realm because they have both intrinsic worth based on their precious metal content and value as historical items. Gold and silver bullion has a melt value dictated by global financial markets, but bars of precious metal are not acquired primarily for their beauty or rarity. They are commodities. 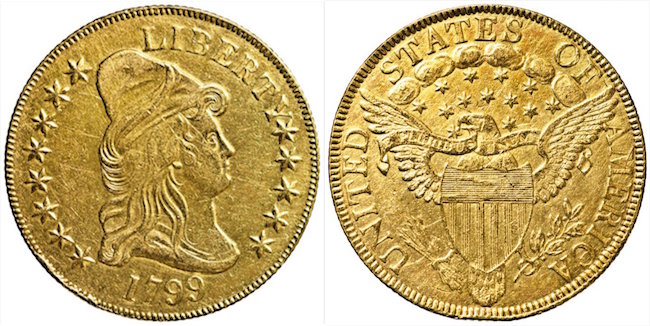 An example of a collector favorite, this 1799 US $10 ‘Capped Bust’ Gold Eagle with Lady Liberty on obverse and American Eagle with US Shield on reverse was purchased for $7,500 plus buyer’s premium on April 20, 2013. Image courtesy of LiveAuctioneers Archive and Early American History Auctions

People have hoarded coins for their bullion value for as long as coins have been minted. However, the collection of coins for their artistic value was a later development. Evidence from the archaeological and historical records of Ancient Rome and medieval Mesopotamia indicates that coins were collected and catalogued by scholars and state treasuries.

It also seems probable that individual citizens collected old, exotic or commemorative coins as an affordable, portable form of art. According to Suetonius in his De vita Caesarum (The Lives of the Twelve Caesars), written in the 1st century CE, the emperor Augustus sometimes presented old and exotic coins to friends and courtiers during festivals and other special occasions. 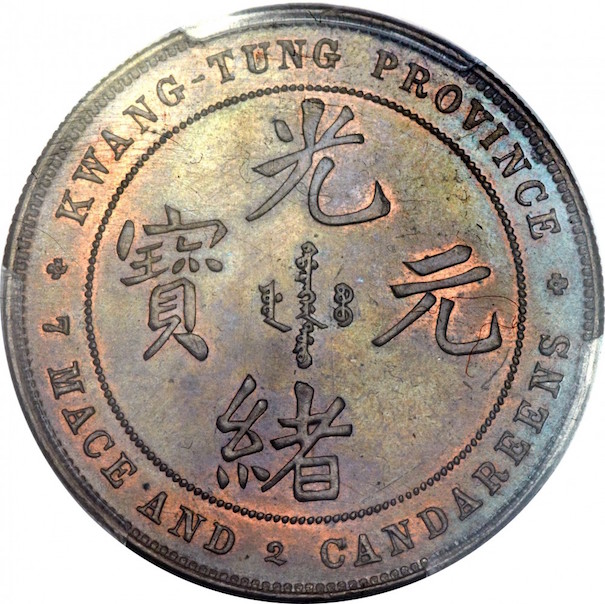 Contemporary coin collecting and appreciation began during the Renaissance, around the 14th century. Because only the very wealthy could afford the pursuit, coin collecting became known as the “hobby of kings.” The Italian scholar and poet Petrarch is credited with being the pursuit’s first and most famous aficionado. Following his lead, many European kings, princes and other nobility kept collections of ancient coins. Some of the notable collectors were Pope Boniface VIII, Emperor Maximilian I of the Holy Roman Empire, Louis XIV of France, Ferdinand I, Henry IV of France and Elector Joachim II of Brandenburg, who started the Berlin Coin Cabinet (Münzkabinett Berlin). 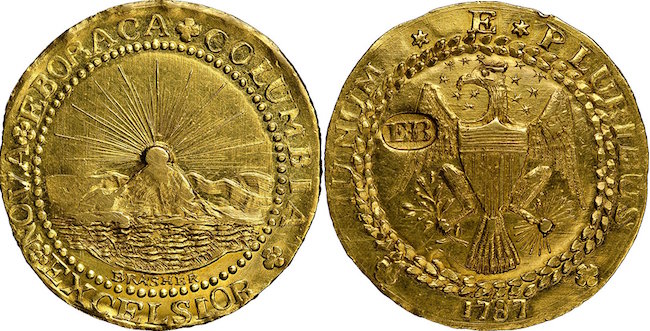 The first US gold coin ever minted, the ‘Brasher Doubloon,’ was struck in 1787 by a neighbor of George Washington. Heritage Auctions sold the coin for $4,584,500 in 2014. Image courtesy of Heritage Auctions

During the 17th and 18th centuries coin collecting remained a patrician pursuit. But during the so-called Age of Enlightenment that swept Europe during the 18th century, a more systematic approach to the accumulation and study of old coins was adopted. At the same time, coin collecting was becoming a leisure pursuit of the growing middle class, eager to prove their wealth and sophistication.

During the 19th and 20th centuries, the market for coins expanded to include not only antique coins, but also foreign and exotic currency. Coin shows, trade associations, and regulatory bodies emerged during these decades and in 1962, the first international convention for coin collectors was jointly hosted in Detroit, Michigan, by the American Numismatic Association and the Royal Canadian Numismatic Association. An estimated 40,000 people attended – a testament to the popularity of a pastime once reserved for only the wealthiest and most aristocratic individuals. 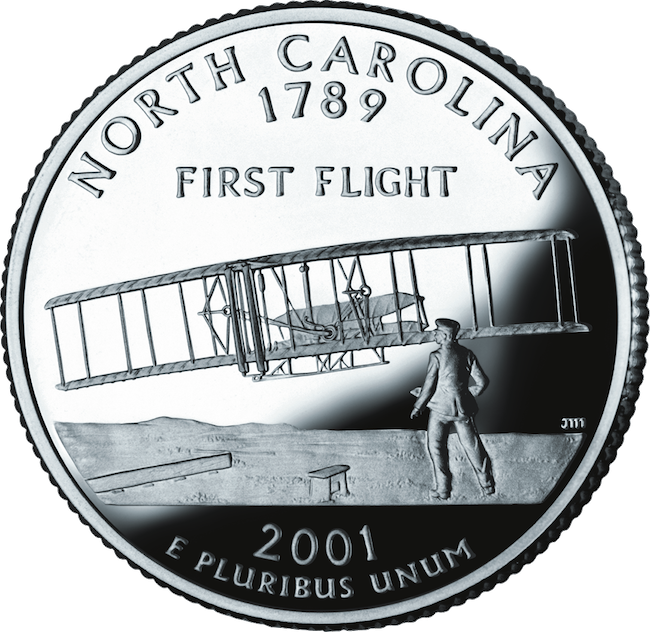 The US Mint’s State Quarters Program provided an inexpensive way for youngsters to enter the coin-collecting hobby. This example is the proof for the 2001 North Carolina quarter, which depicts the Wright Brothers’ first flight at Kitty Hawk.

While it is difficult to know how many people collect coins, it is clear that nowadays coins attract enthusiasts of every age and standing. Want proof? The United States Mint has estimated that some 120 million Americans pursued the 50 States Quarters issued from 1999 through 2008. This statistic alone shows that in contrast to its upper-crust origins, coin collecting has become perhaps the most egalitarian of all hobbies, with entry-level price points that even youngsters can afford. 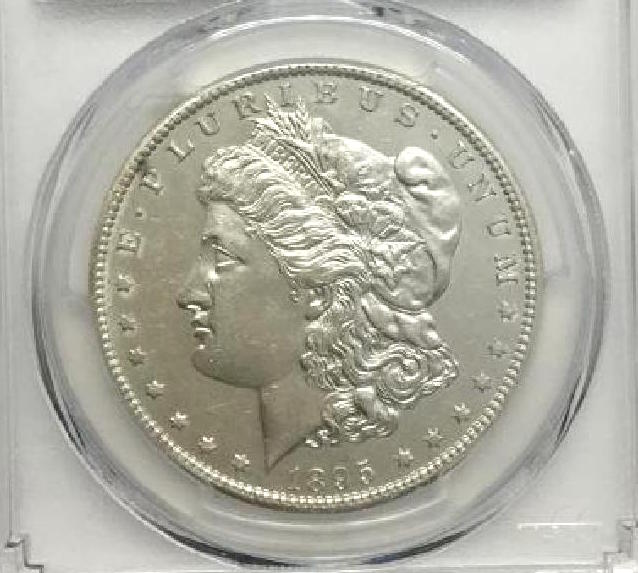 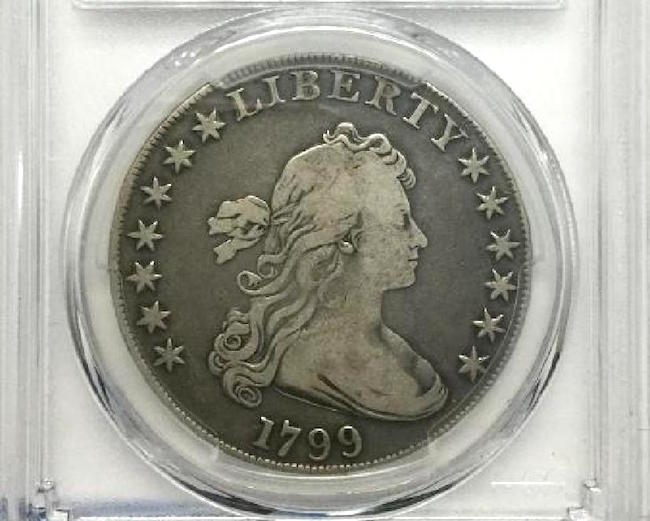 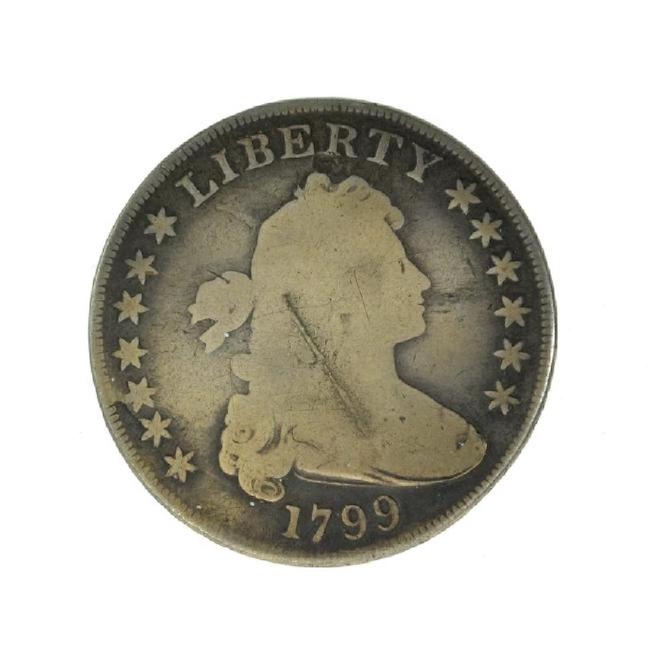 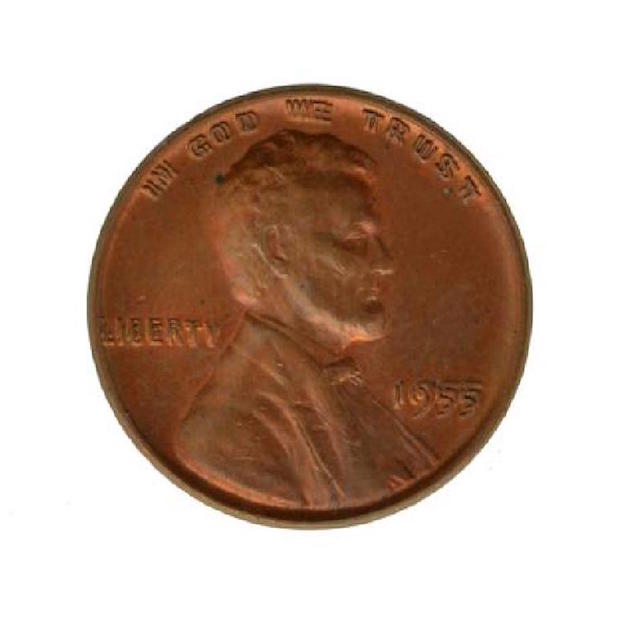 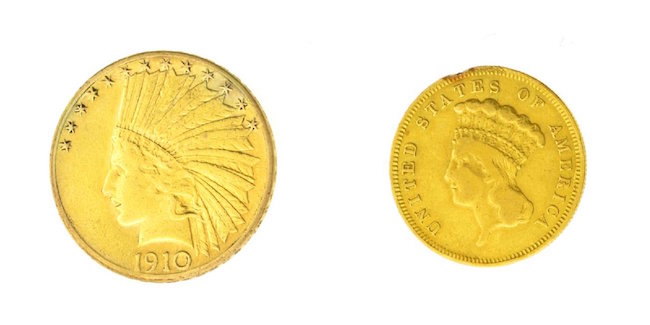