Every Americana auction is filled with unique treasures and original finds ranging from tramp art to vintage frames to collectible decoys. This week’s curated collection highlights stellar pieces of folk art and outsider art as well as more traditional Americana. See below for 6 of the most special pieces.

A matched pair of folk art portraits of George Washington and Abraham Lincoln are relief carved on sheet rock and painted. Together, these pictures are estimated at $1,500-$1,800. 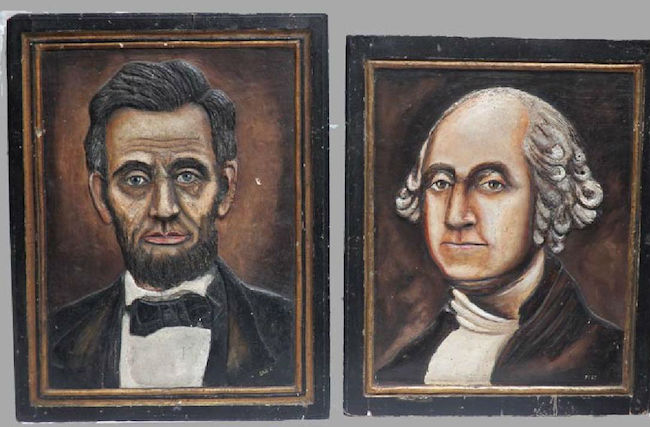 An untitled painting by outsider artist Purvis Young (1943-2010) is typically executed on salvaged material. In this piece, Young used the backside of a broken billboard for model homes to make a statement about splintered neighborhoods and lives. The use of thinly applied house paint and vertical brushstrokes bring the splintered edges and grainy imperfections of the wood into the visual story. 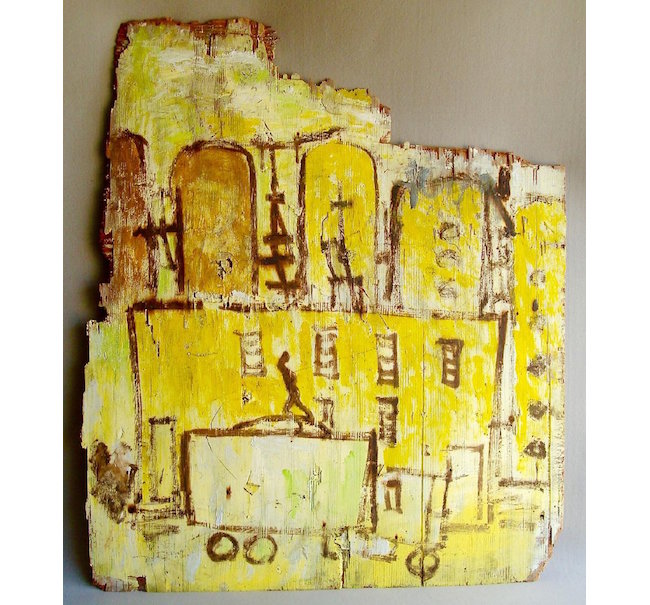 This 48-star American flag “jack” and 40-inch staff from a mid-20th century pleasure craft is presented in a unique shadowbox frame. A jack is one of the three primary signals flown on a U.S. Navy ship. When at anchor or moored, the jack is flown at the bow (front), the national flag or “ensign” is flown at the stern (back), and the commission pendant is flown from the main mast. When under way, the Jack is furled and the ensign may be kept in place or shifted to a gaff if the ship is so equipped. The American Navy jack is a blue flag with a field of white stars. The design is the mirror image of the canton of an American national flag. In scale, the jack was meant to be the same size as the canton of the corresponding Stars & Stripes ensign with which it was flown. The owners of private yachts sometimes emulated the Navy’s use of traditional signals. This was perhaps especially true when the captain was a former Navy man. This particular 48-star jack was not made for a Navy boat, but for a smaller, private one. 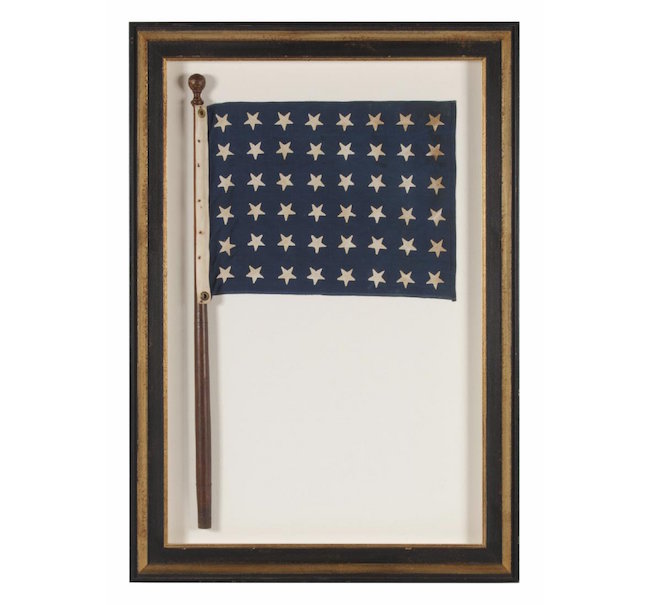 This triple mourning portrait of firemen, while rendered by a child, has great folk attributes. The wax crayon and watercolor artwork dates to the 1870s. Each subject is wearing a numbered parade hat and the man on the right may have been the chief, because his coat is blue instead of black. The portraits are painted on a piece of brown parchment and are recessed behind a piece of mat board with oval windows. Black mourning draperies hang above each window. 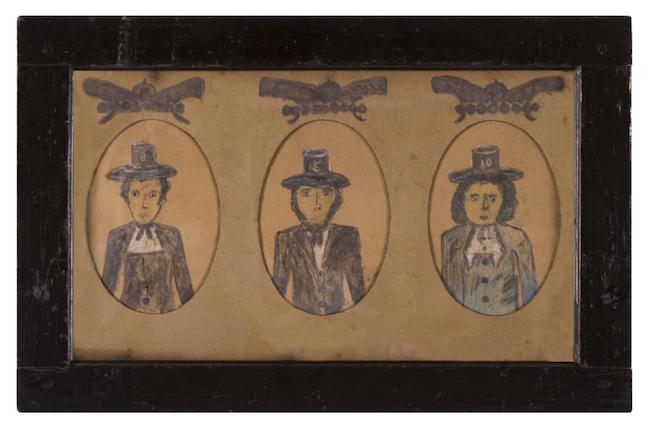 “Votes for Women,” declares this suffragette pennant from the early 20th century. The pennant, made from a length of yellow cotton cloth with applied paper, set in a solid walnut frame, dates to the period between 1860 and 1880. 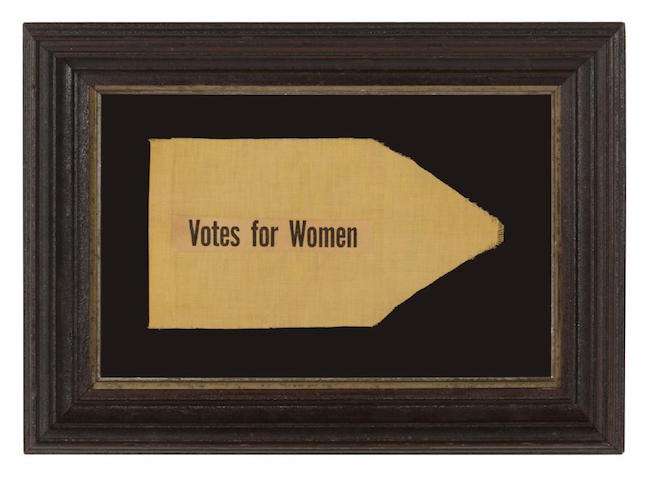 There are several trade signs included in this collection. One of the largest advertises “Fresh and Smoked Fish.” This sign features an iron bracket made by a blacksmith.

There is a lot of treasure to be found in this week’s Americana collection. Take a look at the full catalog.