From sundials to atomic clocks, the presentation of timekeeping instruments may have changed over the centuries, but the basic premise remains the same.

For generations, people have monitored and visualized time using a variety of sources, including the sun, water, a burning candle, the transfer of sand particles from one section of a container to another, and ultimately through the mechanical marvels known as clocks. The process of measuring moments has long been a necessary practice, and with the advent of clocks, it embraced an element of efficiency and design.

While the origin of the first formal clock is a bit of a mystery, many reports point to the advent of early clocks within European monasteries in the 14th century. That is a plausible concept, as the development of devices to regularly indicate time would aid monks in planning their prayers. Lending credence to this belief is historical documentation of two early examples of clocks built for churches that remain in service to this day. One is the oldest known functional clock, which is said to have been constructed around 1386. It is located in London’s Salisbury Cathedral. 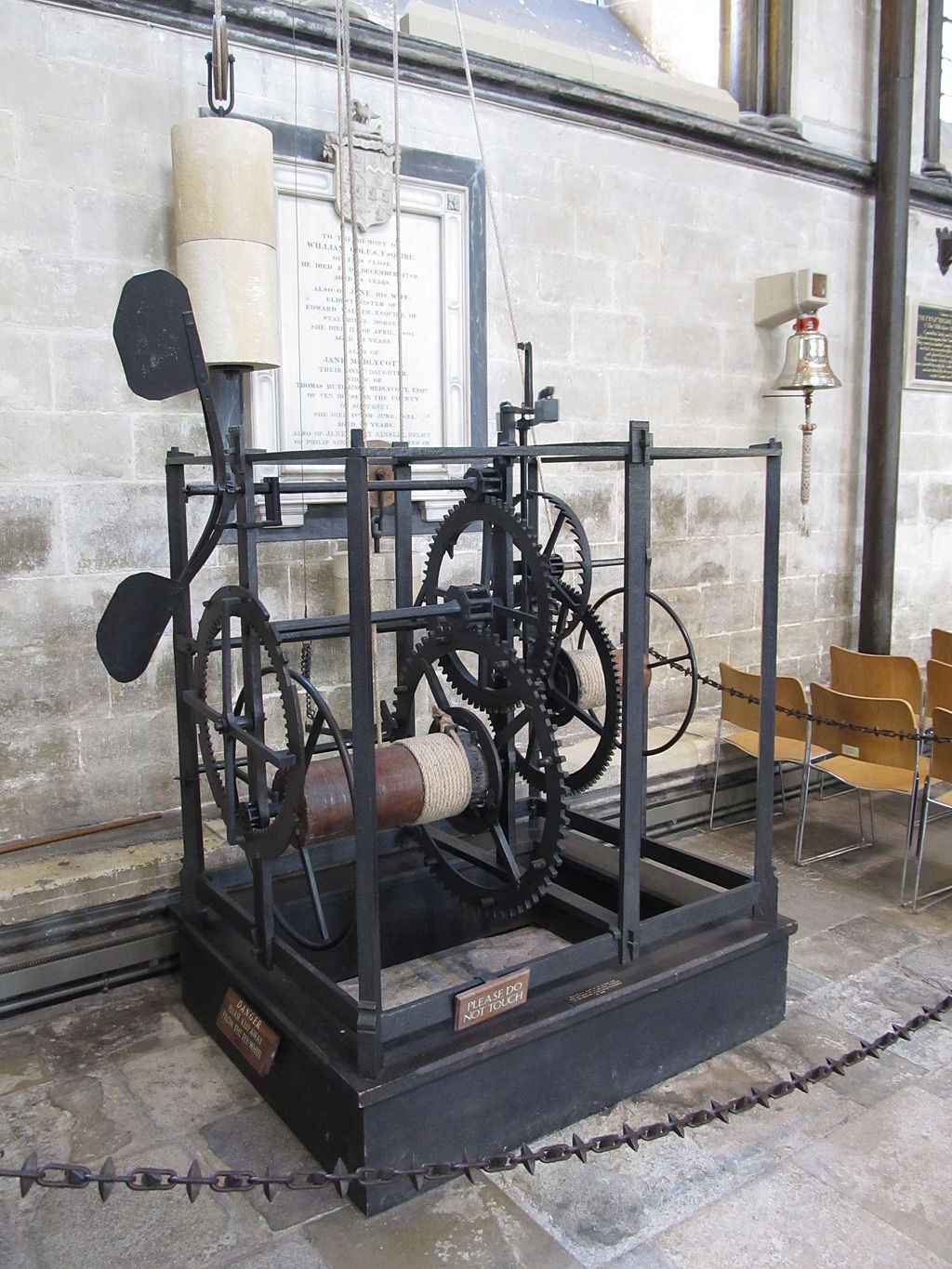 Medieval clock in Salisbury Cathedral, operating a bell in the tower. Dates to circa 1386; restored in 1956. Image by Rwendland, licensed under the Creative Commons Attribution-Share Alike 3.0 Unported license.

According to the Salisbury Cathedral site, the hand-wrought iron clock at Salisbury has no face and only chimes on the hour. The mechanics of the clock include falling weights and a device that is wound daily, allowing the clock to run for just over 24 hours at a time. An hour wheel, also known as a “great wheel,” makes one revolution per hour and is designed to strike a pin at exactly the top of the hour. This contact activates an extensive mechanical process, which ultimately results in the striking of a bell, thus producing a chime. 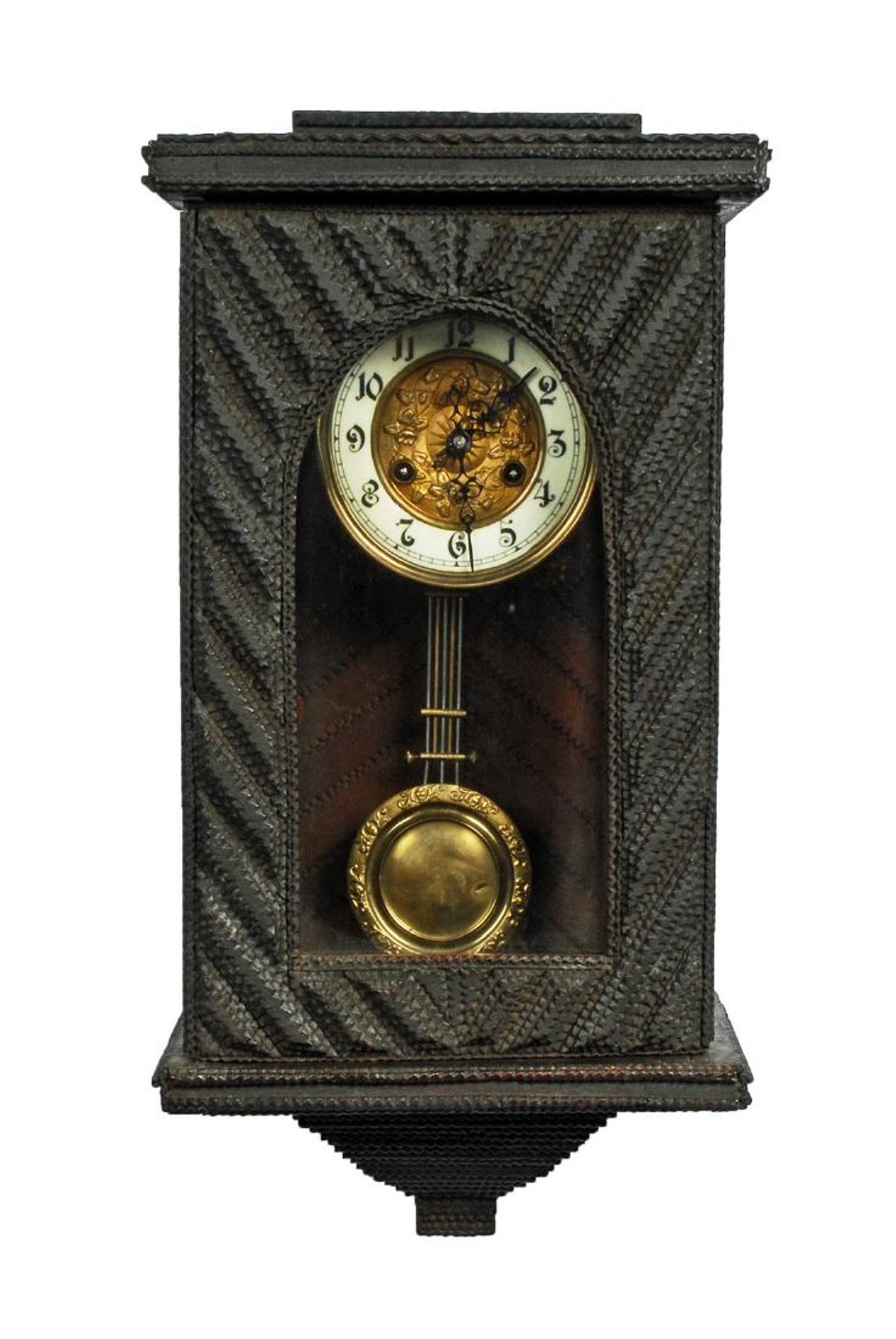 Another early model is the Wells Cathedral clock. It is said to be the creation of 14th century monk Peter Lightfoot. Although the clock appears to have some similar attributes and mechanical elements to that of the Salisbury clock, it also reveals added ingenuity. Among the clock’s unique qualities is its dial, which showcases an image of the universe, including the view of the sun and moon surrounding Earth. Above the face of the dial resides the figure of a character named Jack Blandifers, whose job it is to strike the bells every hour on the hour with the use of a hammer and the heels of his shoes. He appears with two knight figures who are responsible for striking the bell at 15-minute intervals. Up until 2010, the Wells Cathedral clock had been wound by hand three times a week, for more than 630 years. Since 1919, the winding had been the responsibility of a member of the Fisher family, according to an article in the Daily Mail. This tenure of service came to an end in 2010 when the final Fisher family member retired and an electric motor replaced the clock’s winding mechanism. 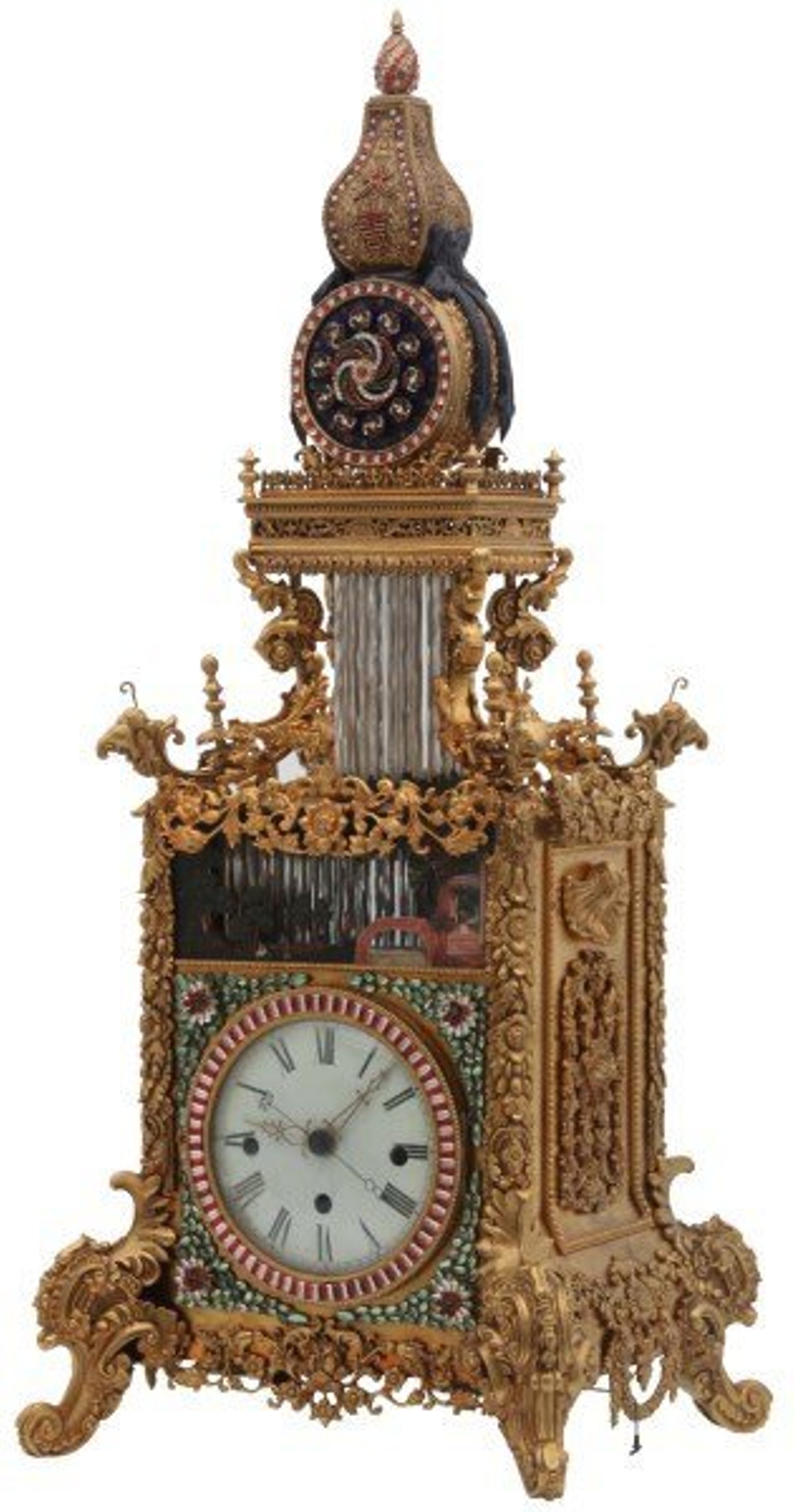 Although churches were not the only places one would find a clock in the 14th through 18th centuries, they were not an item regularly seen in homes. Exceptions to this were royal and upper class residences, where clocks were often part of the decor. Although, the first domestic tabletop clock was constructed in the early 16th century, clocks were still a luxury. With many churches and some town centers showcasing a clock in a bell tower, these types of community clocks seemed to meet citizens’ needs.

As is most often the case, advancements in clock technology came about as a result of necessity. Here are a few: 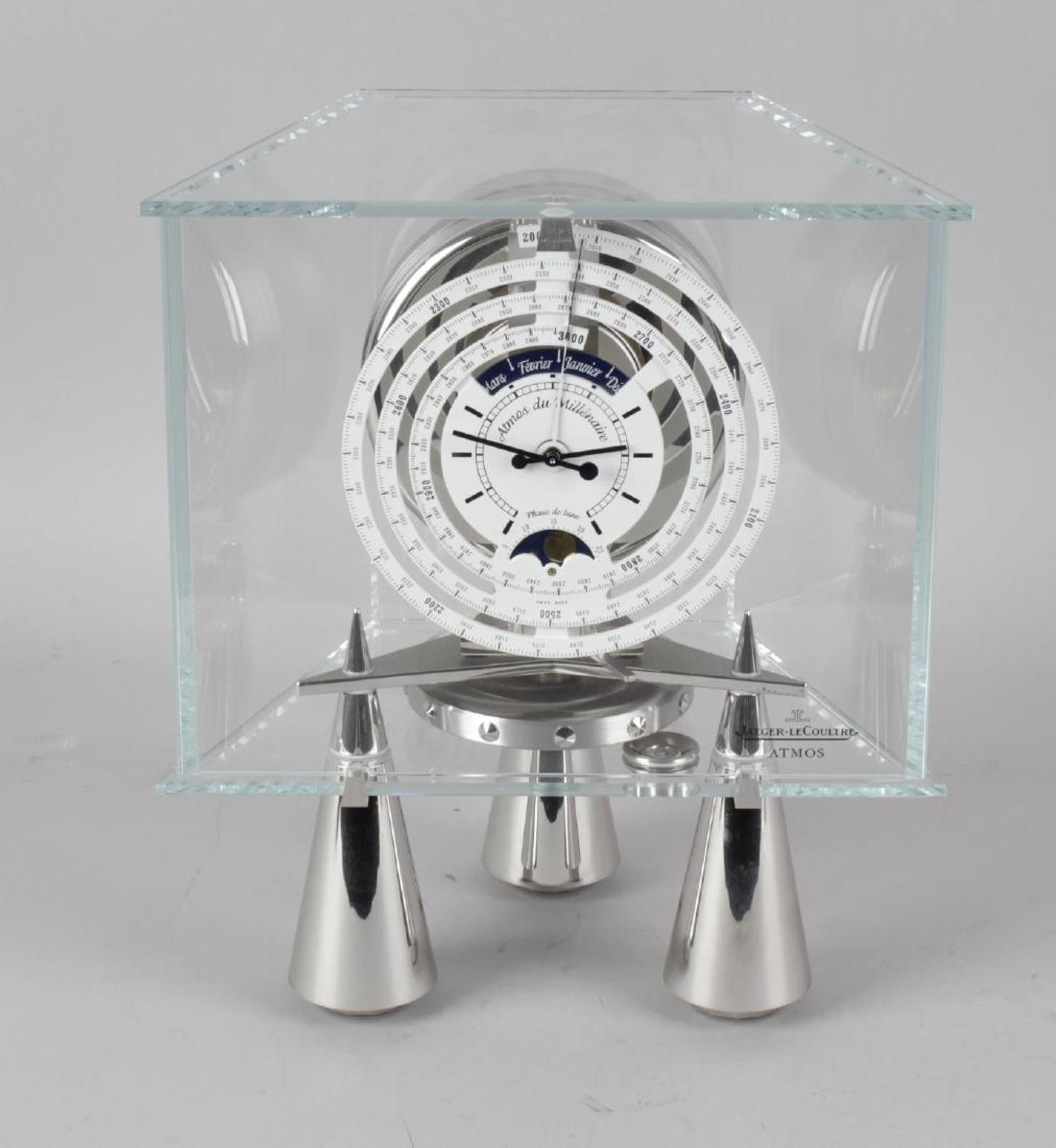 In the digital age, reports place the patent for the first digital alarm clock in the hands of American inventor D.E. Protzman, in 1956. However, a more primitive model was introduced during the St. Louis World’s Fair of 1904. There, the Ansonia Clock Company unveiled its Plato clock – a spring-wound system with digital cards featuring numbers that flipped.

Many moments have passed since monks and scientists first created mechanisms and enhancements for keeping and displaying time. Centuries later, our society today lives by the minutes and moments these devices keep. 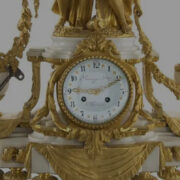