Ah, the World’s Fair. For anyone who’s ever been, it is a magical and memorable experience – an exciting sneak peak into the future, with acres of exhibits, pavilions, performances and fanfare. And let’s not forget souvenirs. Like the park patrons who get conveniently dumped off at a gift shop after disembarking a ride at Disney World, most people who attend a World’s Fair or expo will almost certainly feel compelled to buy at least one memento of their visit, usually from a vendor at a stand or kiosk. 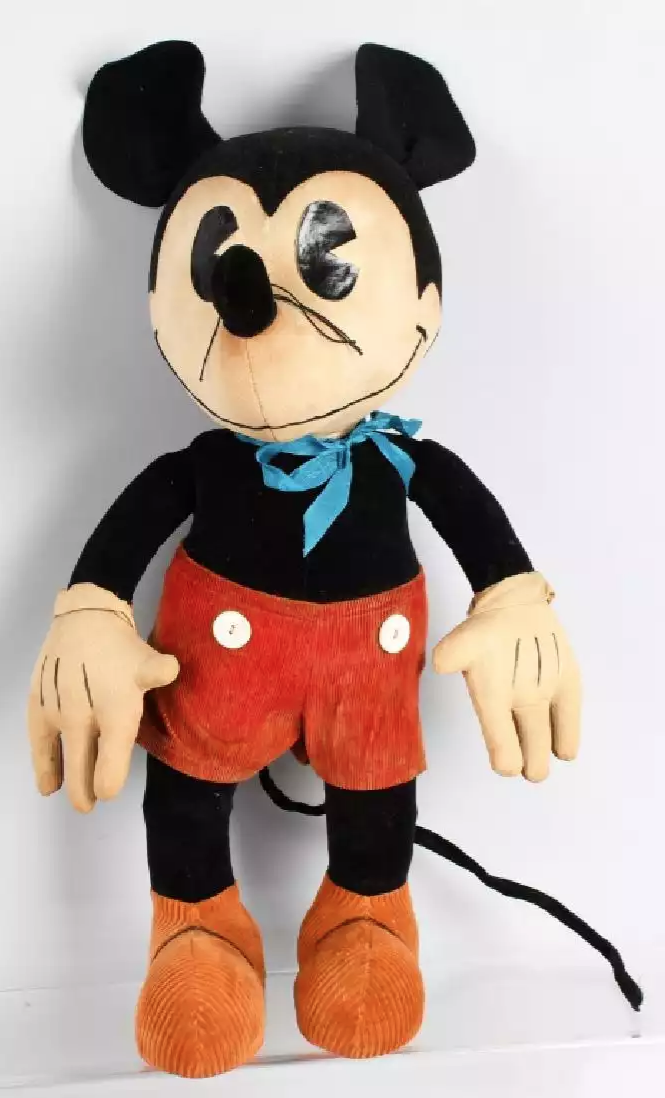 Are these items worth anything today? If they were mainstream, mass-produced tchotchkes, their value is nominal. But a lot depends on which fair or exposition you attended and if the item was unique or made in low numbers. If you have a memento from the very first World’s Fair – the Great Exhibition of 1851 in London – hang onto it. They are exceedingly rare. Even the venue where that event took place is long gone – the Crystal Palace was relocated to Sydenham in South London in 1854. It burned to the ground in the mid-1930s.

The United States held its first World’s Fair in 1876, in Philadelphia, to mark the country’s centennial. It was called the Centennial Exhibition, and it was there Alexander Graham Bell unveiled his new invention, the telephone. Souvenirs from that fair included inkwells, sewing boxes, metal Liberty Bell paperweights, and stereoviews of various subjects (such as Tiffany vases and the steel turret salvaged from the Civil War vessel The Monitor). These, too, are all quite valuable to collectors. 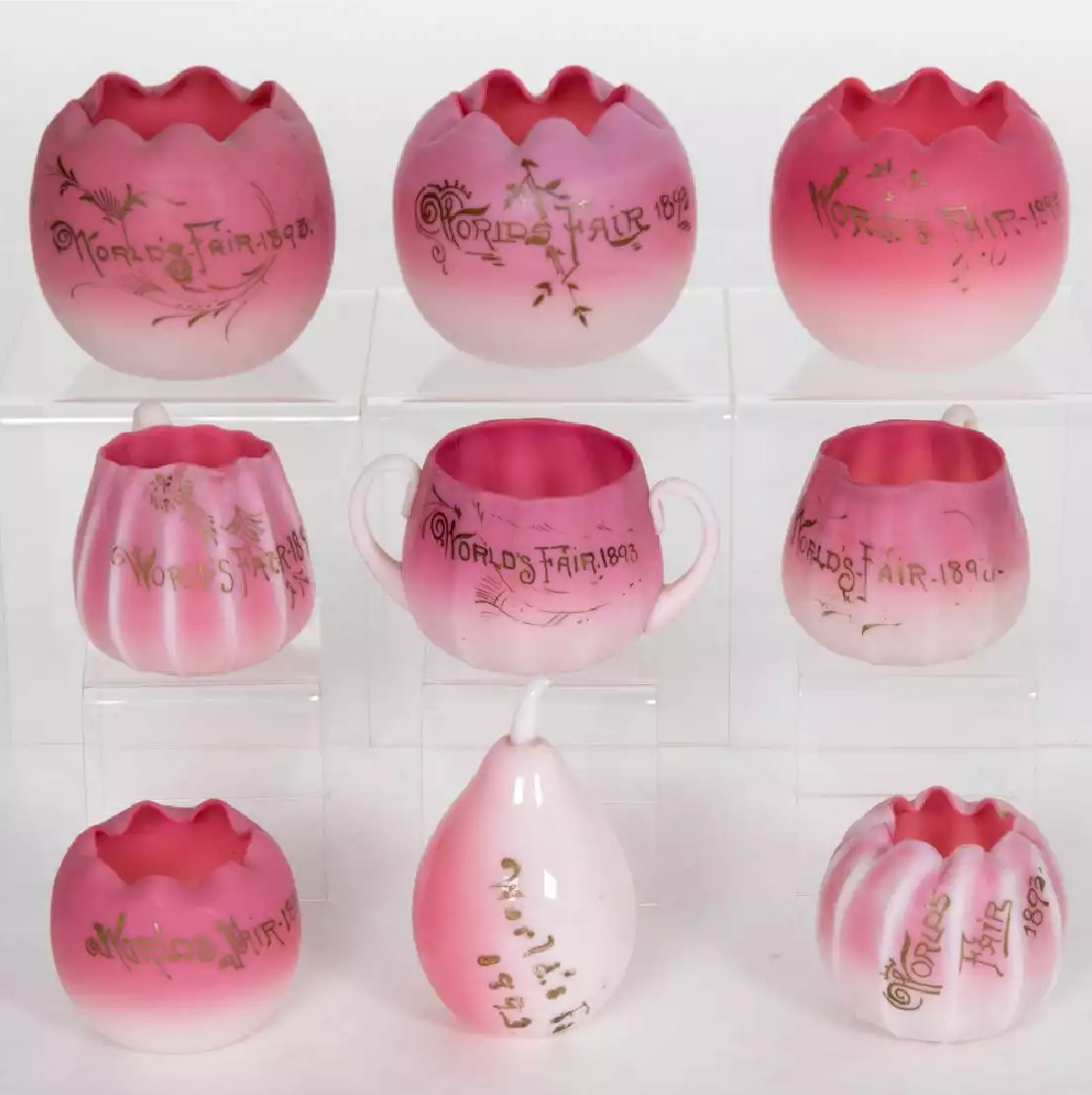 Another highly collected fair is the Columbian World’s Fair of 1893, in Chicago, timed for the 400th anniversary of Columbus’ arrival in America. Souvenirs from that event include china, glassware, prints, postcards, badges, medals, charms and, for numismatists, the official U.S. coins that were minted beforehand to help bankroll the event. The 1901 Pan-American Exposition in Buffalo, New York, produced coins, pinbacks, shot glasses and other items.

Two other World’s Fairs popular with collectors are the 1904 Louisiana Purchase Exposition in St. Louis (later made famous in the Judy Garland movie Meet Me in St. Louis); and the 1915 Pan-Pacific Exposition in San Francisco. The former marked the centennial of the Louisiana Purchase. Popular mementos included ceramic plates and glass and metal cups. The latter was in honor of the opening of the Panama Canal the year before. San Diego held its own similar expo. 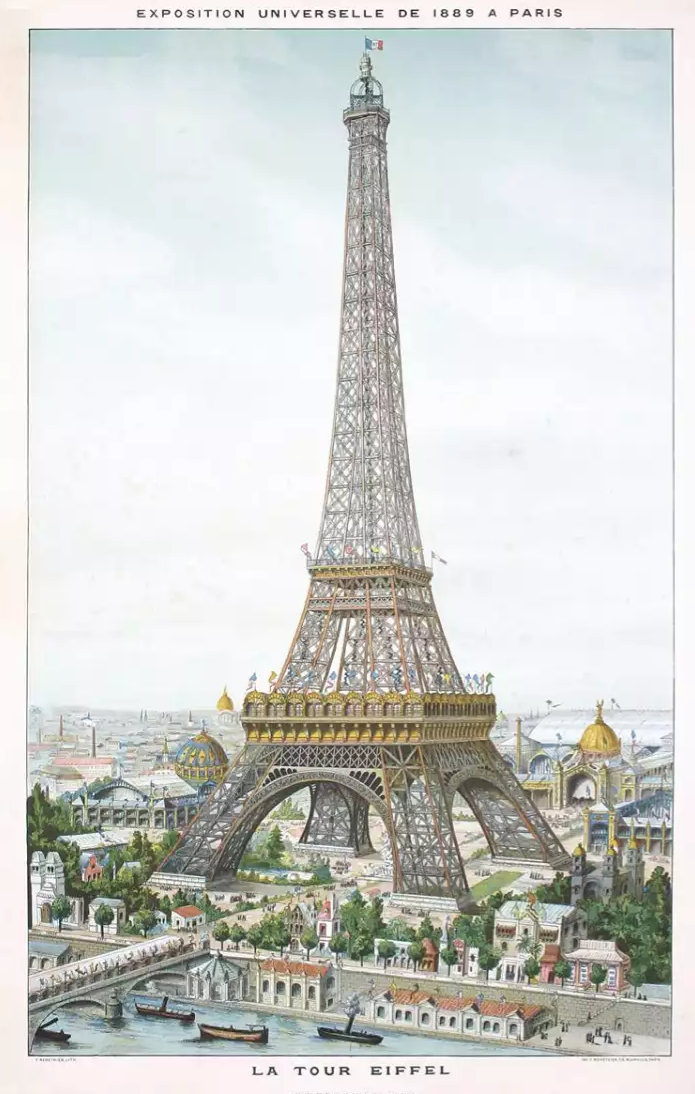 By 1900, Paris had already held two World’s Fairs – both located near the Eiffel Tower. Items from either one are rare and highly sought after. Americans desire what is out there because those fairs often highlighted Yankee ingenuity in the post-Gold Rush era. Items from the 1900 event that surface from time to time include souvenir plates depicting notable figures and structures; and even lists of scheduled events, such as the performance by Sarah Bernhardt. 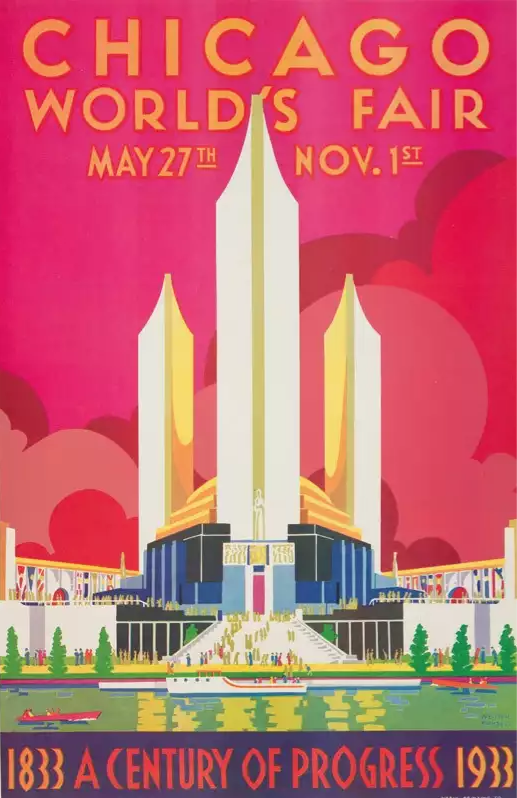 1933 Chicago World’s Fair ‘A Century of Progress’ poster. Artwork by Weimer Pursell (1906-1974). Once inside the fairgrounds – especially at night – visitors were treated to a dazzling display of color and light. This poster sold for $2,200 in May 2011. Photo courtesy Poster Auctions International

Other World’s Fairs and expositions from that period that appeal to collectors include the Lewis & Clark Centennial Exposition (Portland, 1905), the International Exposition of Modern Decorative and Industrial Arts (Paris, 1925), the Philadelphia Sesquicentennial (1926), and the Century of Progress (Chicago, 1933). 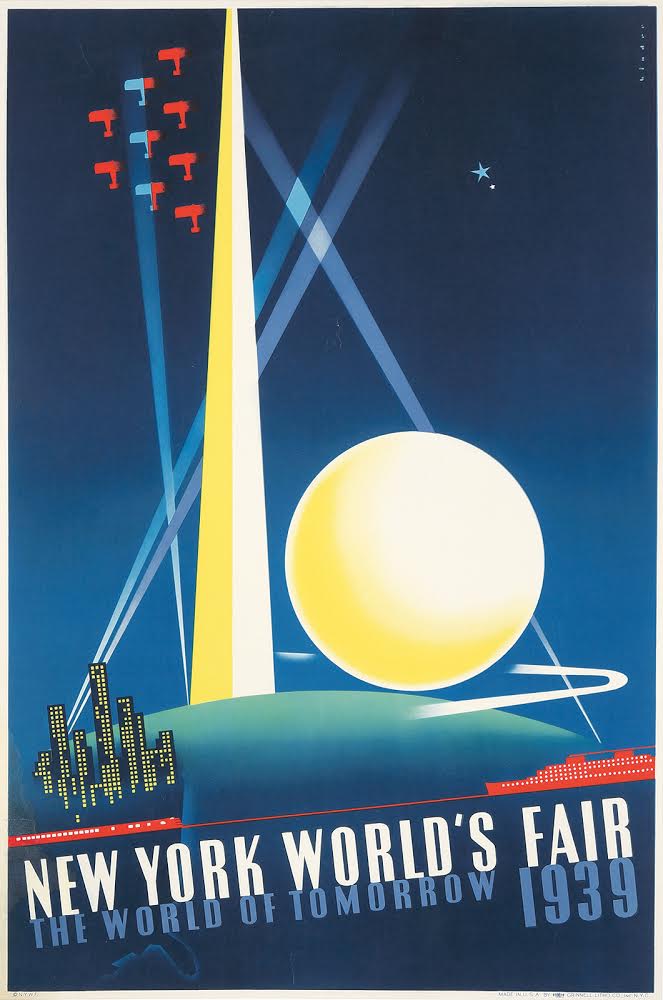 The posters that were produced to advertise the World’s Fairs can be valuable and are often very beautiful. “The one word that unites all the World’s Fairs is progress,” said Jack Rennert of Poster Auctions International in New York City. “Each fair says to its public, ‘This is the best we’ve done and this is the future that will be even better.’ The posters touting this are all quite positive, whether official fair posters or those of individual pavilions, companies or events.”

Rennert added, “There’s an air of optimism about the fairs, and this pervades the posters that promote them. We collect them not only for their decorative value but also because they are historic documents. Plus, people like to collect finite items, for events like the French Open, Cannes Film Festivals, the Bill Graham concerts, the Olympics and so on. When there’s a well-defined, finite number of images, there’s a natural desire to own them all. That’s the challenge, and the joy, for collectors.”

Fred Holabird, owner of Holabird Western Americana Collections, LLC in Reno, Nevada, has World’s Fair collectibles in nearly every one of his auctions. “I love them because they bring new collectors into the market, and that’s good for everybody,” said. “Our sales feature items you won’t see in many other auctions, like ‘so-called’ dollars (dollar-size commemorative medallions minted for the fairs but not legal tender), stock certificates, cranberry glass, books and catalogs.” 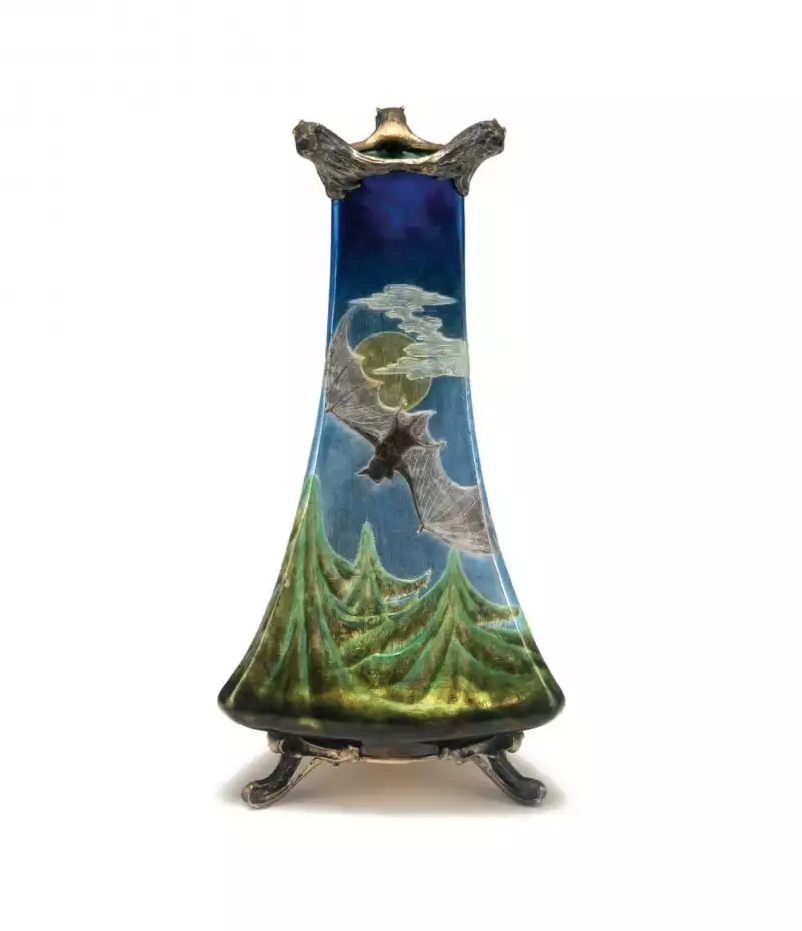 Unique and very special, this Eugene Feuillatre, Paris, ‘La Nuit’ vase, was a model made expressly for exhibition at the Paris World’s Fair of 1900. Silver, enameled and polychrome painted enamel. Shows two flying bats against a night sky. Sold for €25,000 on November 16, 2016. Photo courtesy of Quittenbaum Kunstauktionen

“The unique stuff gets the most play,” Holabird said. “For example, there was a Tower of Jewels made for the Panama-Pacific Expo in San Francisco in 1915. It was this giant, tree-size tower, about a hundred feet tall, studded top to bottom with glass jewels, each one about two inches in length. Those come to auction periodically and sell for the $100-$200 range. Even postcards from the older fairs are highly collected. There’s tremendous mystique and intrigue in the genre.” 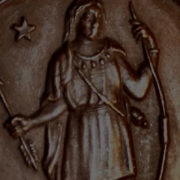 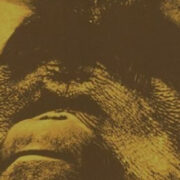 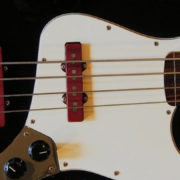 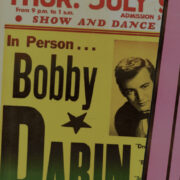 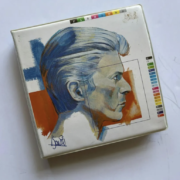 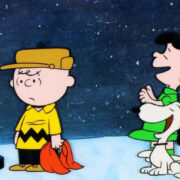 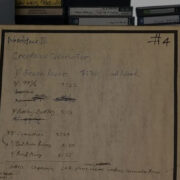 Cool! Your ’70s playroom comes to life with toys, posters in Sept. 11 auc...
Scroll to top