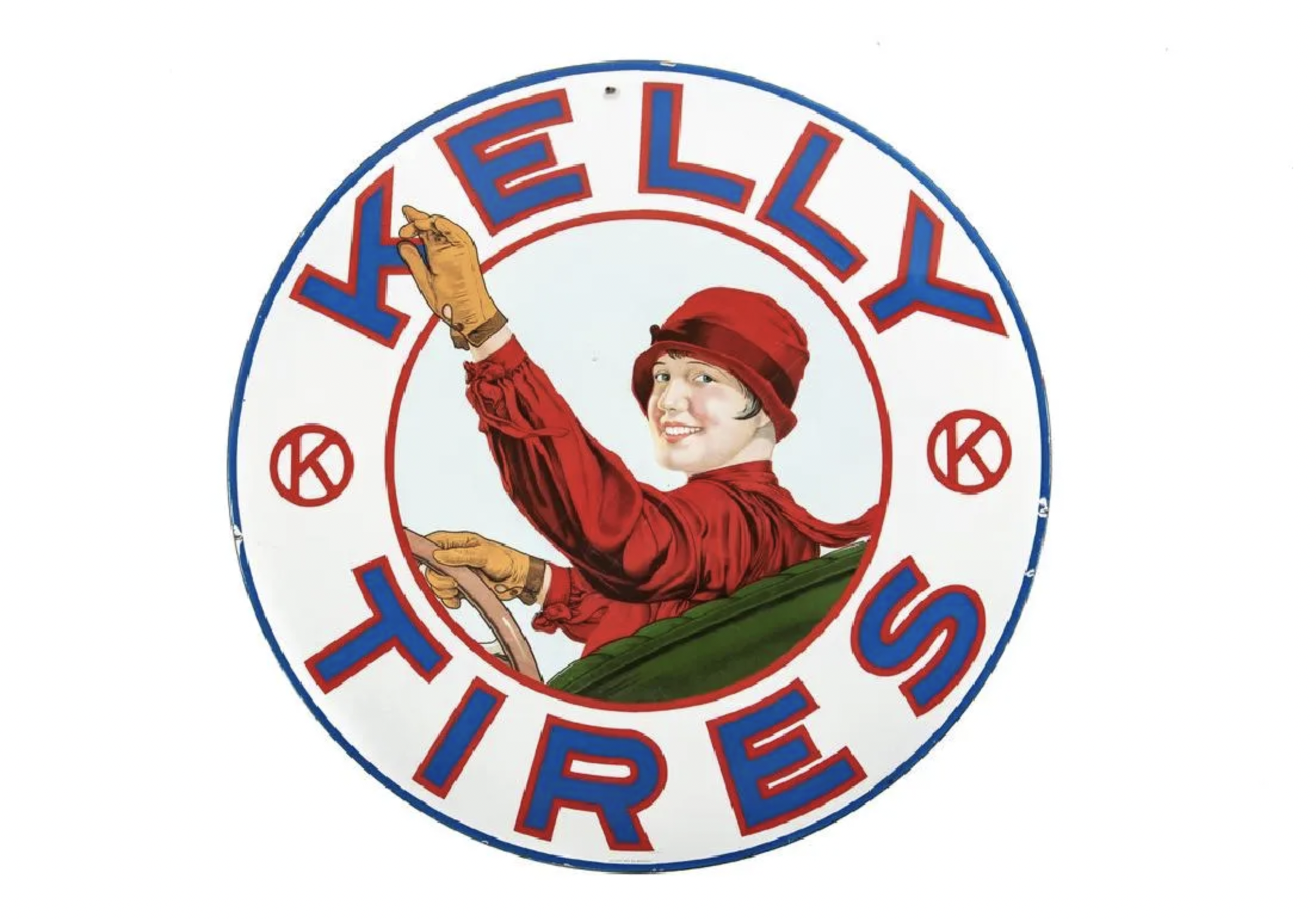 A Kelly Tires sign featuring its fictional spokeswoman Lotta Miles sold for $55,000 plus the buyer’s premium in August 2018. Image courtesy of Route 32 Auctions and LiveAuctioneers.

“Sign, sign, everywhere a sign” says the chorus of the 1971 song Signs by the Five Guys Electric Band. Signs were, and still are, everywhere. But the older a sign gets, the more charming it can become. The company that paid for it might have shuttered many decades ago, and the product or service it touts might be as absent as a dodo bird, but it can still do what it was created to do: grab your attention. 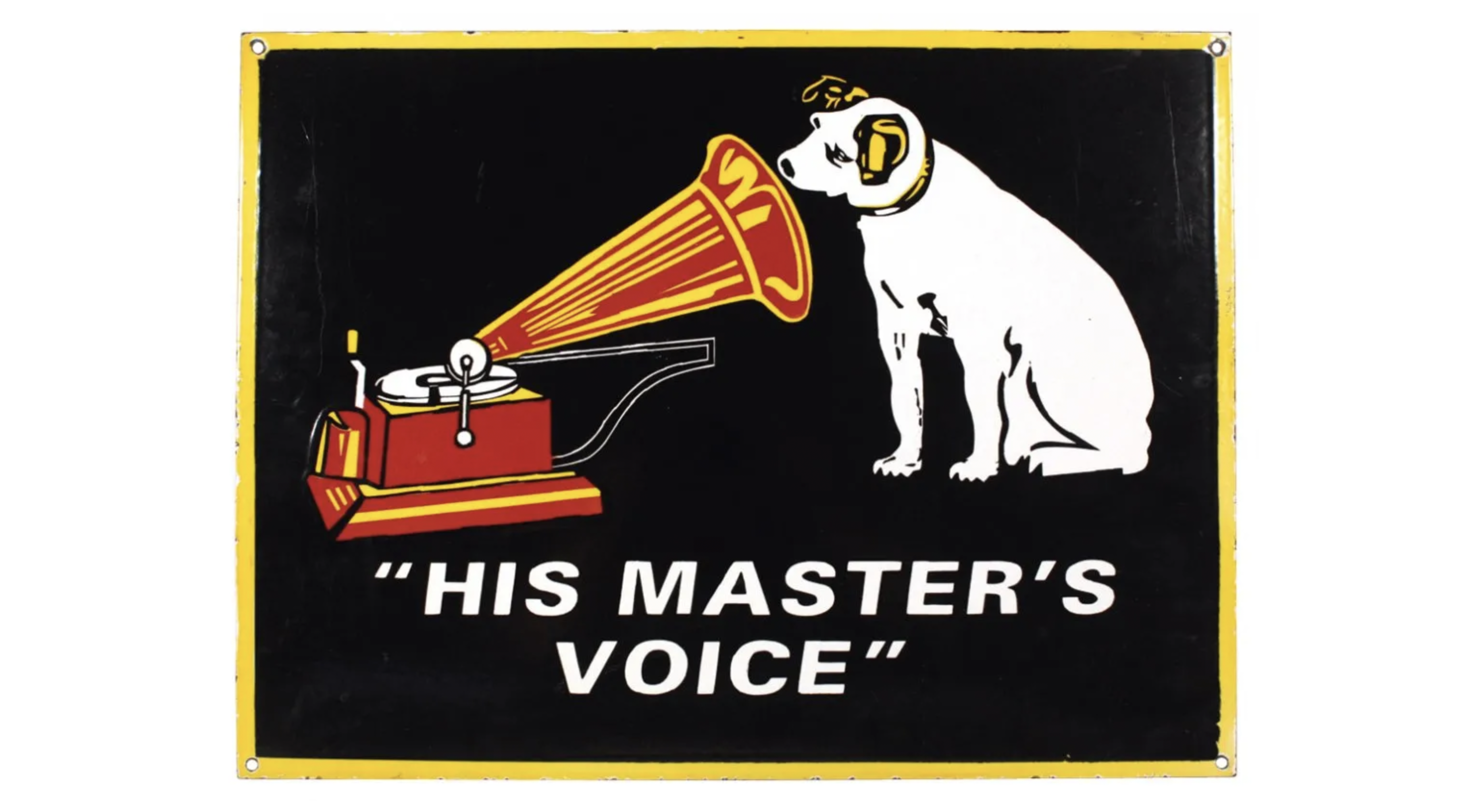 This vintage porcelain sign for RCA Victor, featuring the famous ‘His Master’s Voice’ logo, sold for $800 in May 2014. Image courtesy of Rich Penn Auctions and LiveAuctioneers.

Porcelain signs, in particular, conjure a sense of nostalgia and a different era because they their heyday was in the 20th century. Back then, people had to leave their homes to buy almost everything they needed. An attractive, well-designed sign would turn the head of a carriage driver or walker. If the sign was destined for display outside where it would be exposed to the elements, it made sense to manufacture it from porcelain and decorate it with enamel. 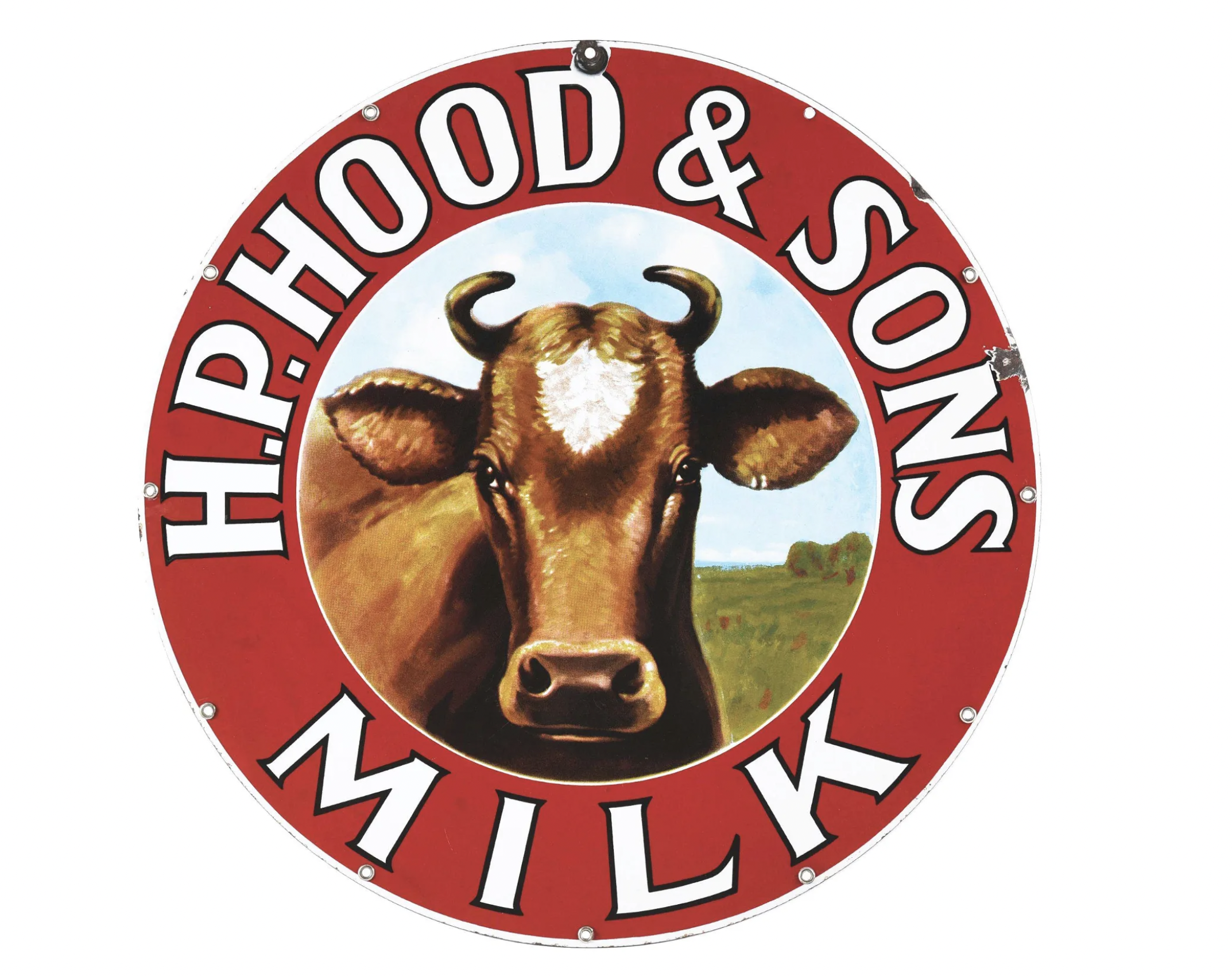 To some, the word “porcelain” cannot be divorced from the word
fragile,” but those people forget that ceramics are amongst the most durable of materials, able to survive for centuries with their surface decorations almost as bright and vivid as they were when they emerged from the kiln. This admirable quality ensures that vintage porcelain signs will always have an audience. 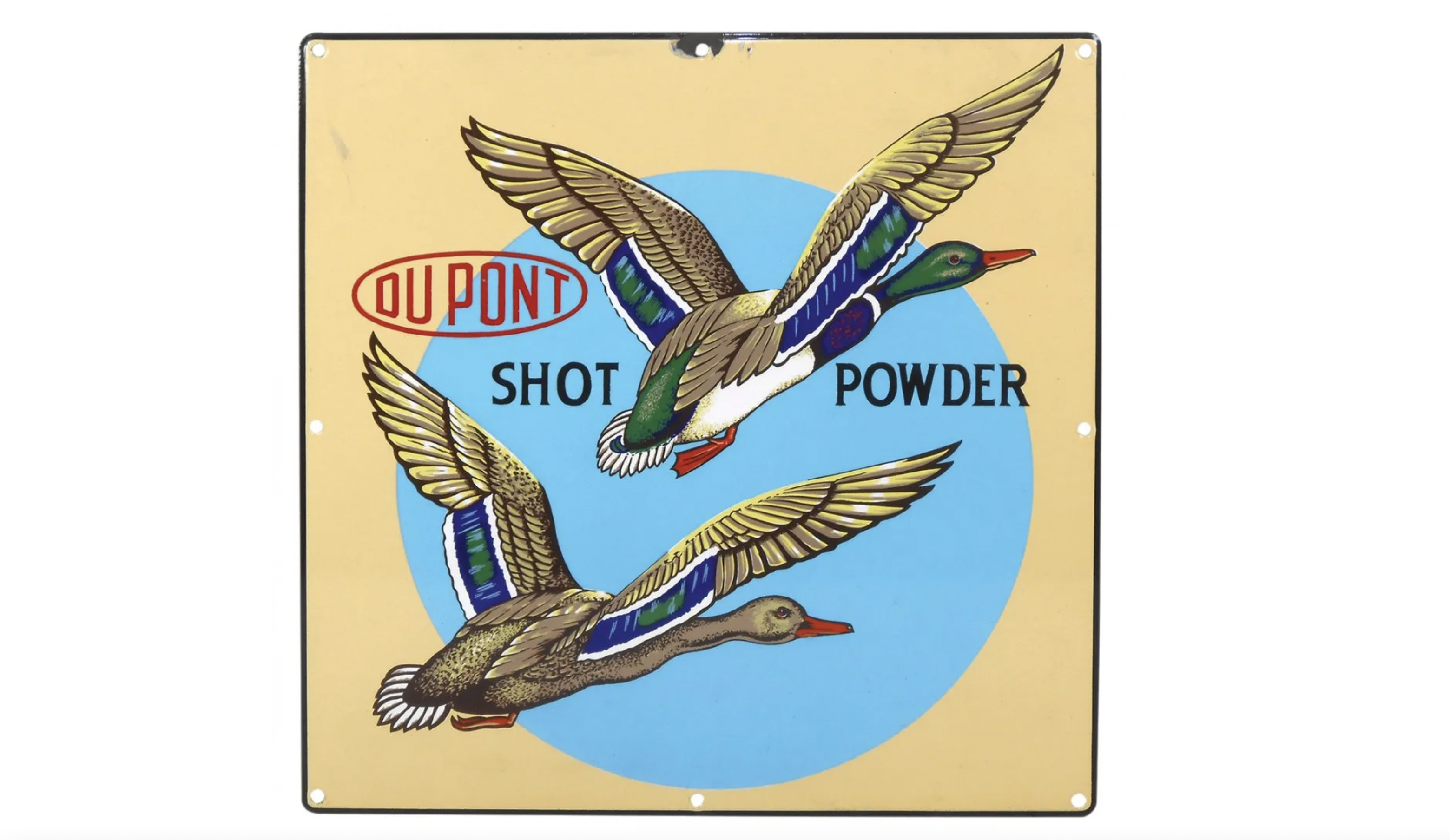 An undated porcelain sign advertising DuPont shot powder realized $1,800 plus the buyer’s premium in May 2016. Image courtesy of Rich Penn Auctions and LiveAuctioneers.

Collectors concentrate on two broad types of porcelain signs: petroliana/automobilia, the terminology for signs that tout anything related to gas and oil, motor vehicles and the businesses that support and maintain them; and country store, which covers pretty much everything else from the 19 and early 20th centuries. The former have a daunting number of fans, many of whom seek period decor for the garages that house their car collections.

Of course, condition and rarity matter in the realm of vintage porcelain signs, but what trumps them both, and always will, is the quality of a sign’s graphics. Prompting people to fix their vision on a sign may seem simple enough, but it is in fact quite challenging. Cutting through the visual clutter to command attention is both an art and a skill. The best porcelain signs testify to this fact. 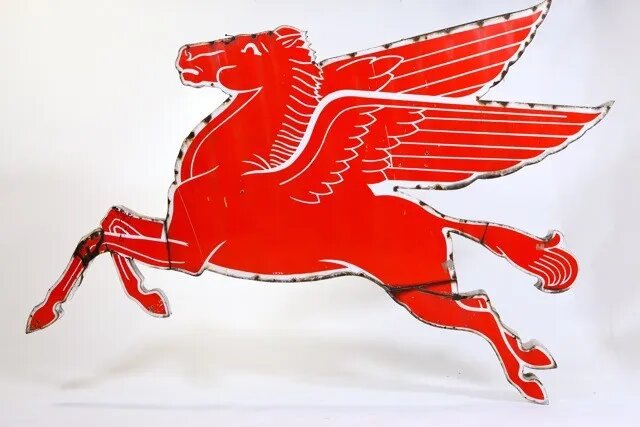 This large Mobil Oil Pegasus sign sold for $3,250 plus the buyer’s premium in March 2011. Image courtesy of Daniel Donnelly Vintage Auction and LiveAuctioneers.

Early 20th-century designers of automobile signs faced the extra challenge of attracting drivers flying by at then-breathtaking speeds of up to 30mph. Their graphics had to be bright, whimsical, and colorful to entice the motorist to stop, top off the gas tank, and perhaps make other purchases, as well. The sign had to communicate its message quickly, boldly and efficiently. 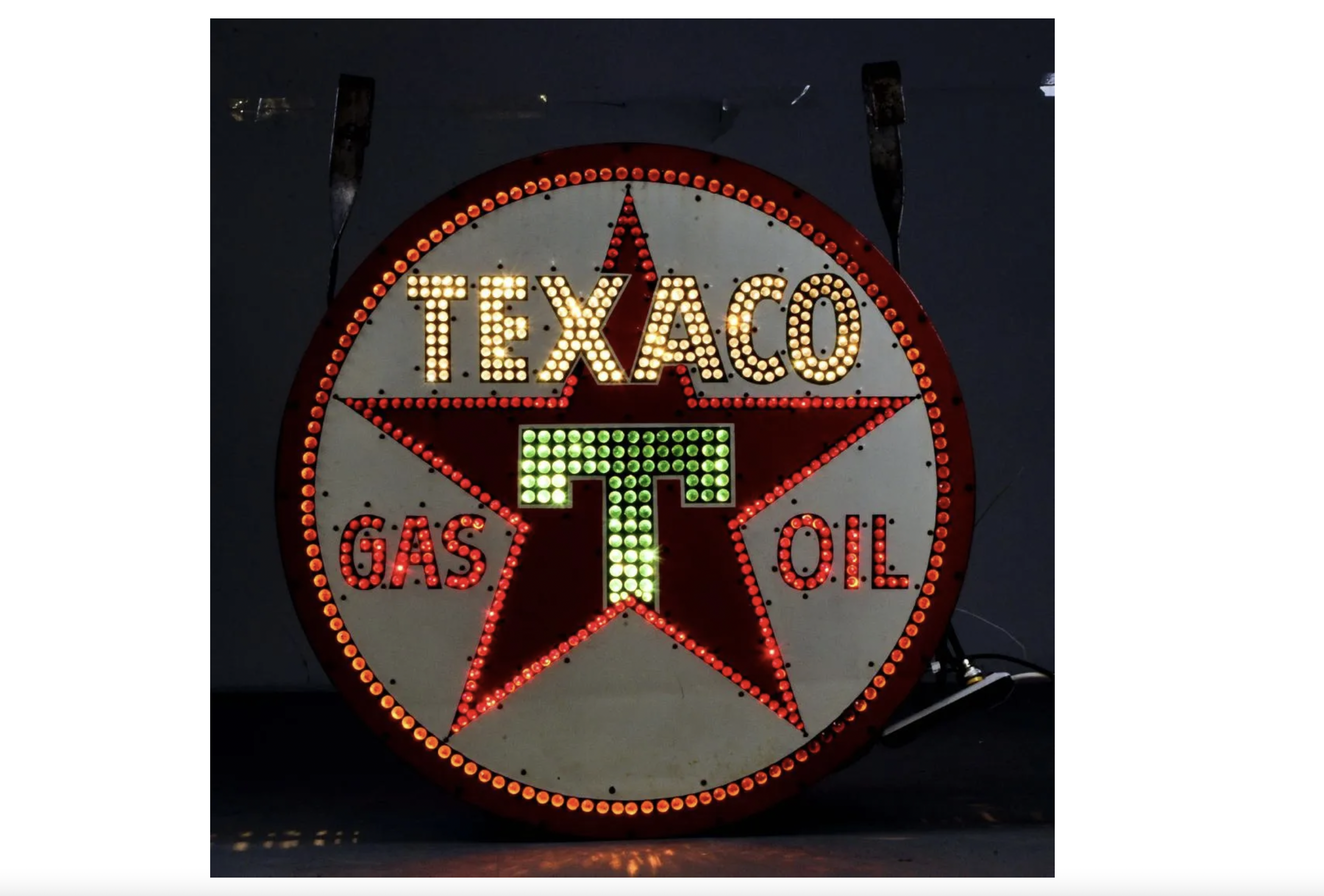 To a collector of enameled porcelain signs bidding at auction, the most important criterion is, and will always be, the graphics. If the graphics are colorful and unique, the sign will attract healthy bids; if they are dull and non-graphic, the sign is likely doomed, unless the featured product or the company it represents has an exceptional backstory.

Porcelain signs are relatively rare. In a 2009 interview with CollectorsWeekly.com, Michael Bruner, an enamel sign collector and author of Signs of Our Past: Porcelain Enamel Advertising in America, explained, “By World War II, a lot of those products had become obsolete. The signs came down, and they would just sit in places,” he said, adding, “The scrap drive of World War II really took a lot of our heritage away.”

A circa-1930s Canadian porcelain door push sign for Coca-Cola realized CA$1,400 (about US$1,000) plus the buyer’s premium in May 2021. Image courtesy of Miller & Miller Auctions Ltd. and LiveAuctioneers.

Collectors express a clear preference for smaller porcelain enamel signs. Those that are perceived as too big to ship, store and display might not attract as many bidders at auction. Another popular forms is the porcelain ceramic door push, which retailers would attach to the part of a store’s front door that customers pushed to enter. “D]oor pushes are so popular; you can put them right in the palm of your hand,” Bruner said.

Another example of a coveted smaller porcelain enamel sign form is the pump plate, which appeared on early gasoline pumps and identified the company brand and, sometimes, the type of gasoline the pump dispensed. 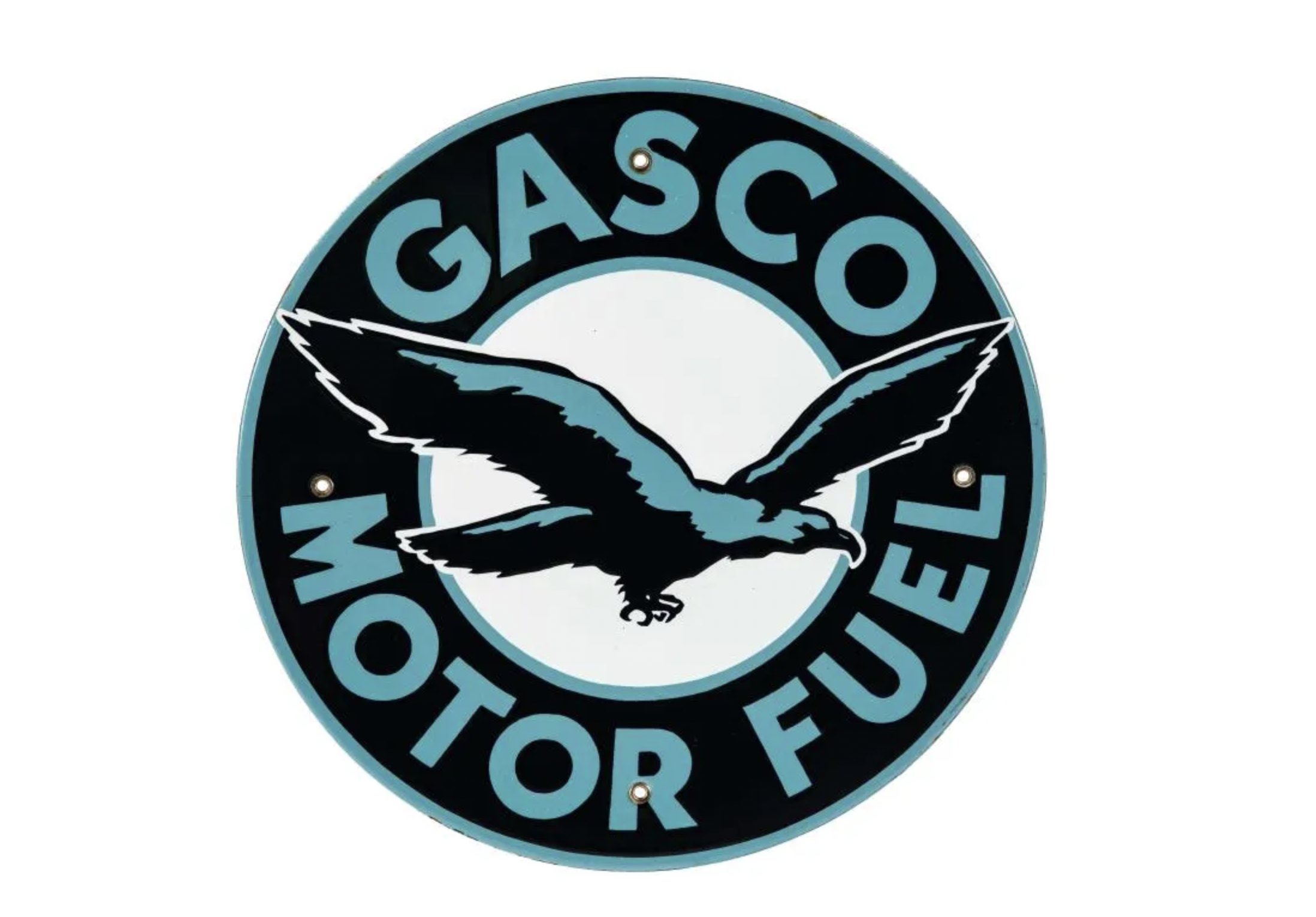 Ceramic signs with imagery showing railroads, highways, farms, tobacco, and anything featuring the Wild West tend to be serious draws at auction. Collectors can also specialize by shape, lasering in on two-sided flat, one-sided flat, round, curved or flanged signs as well. 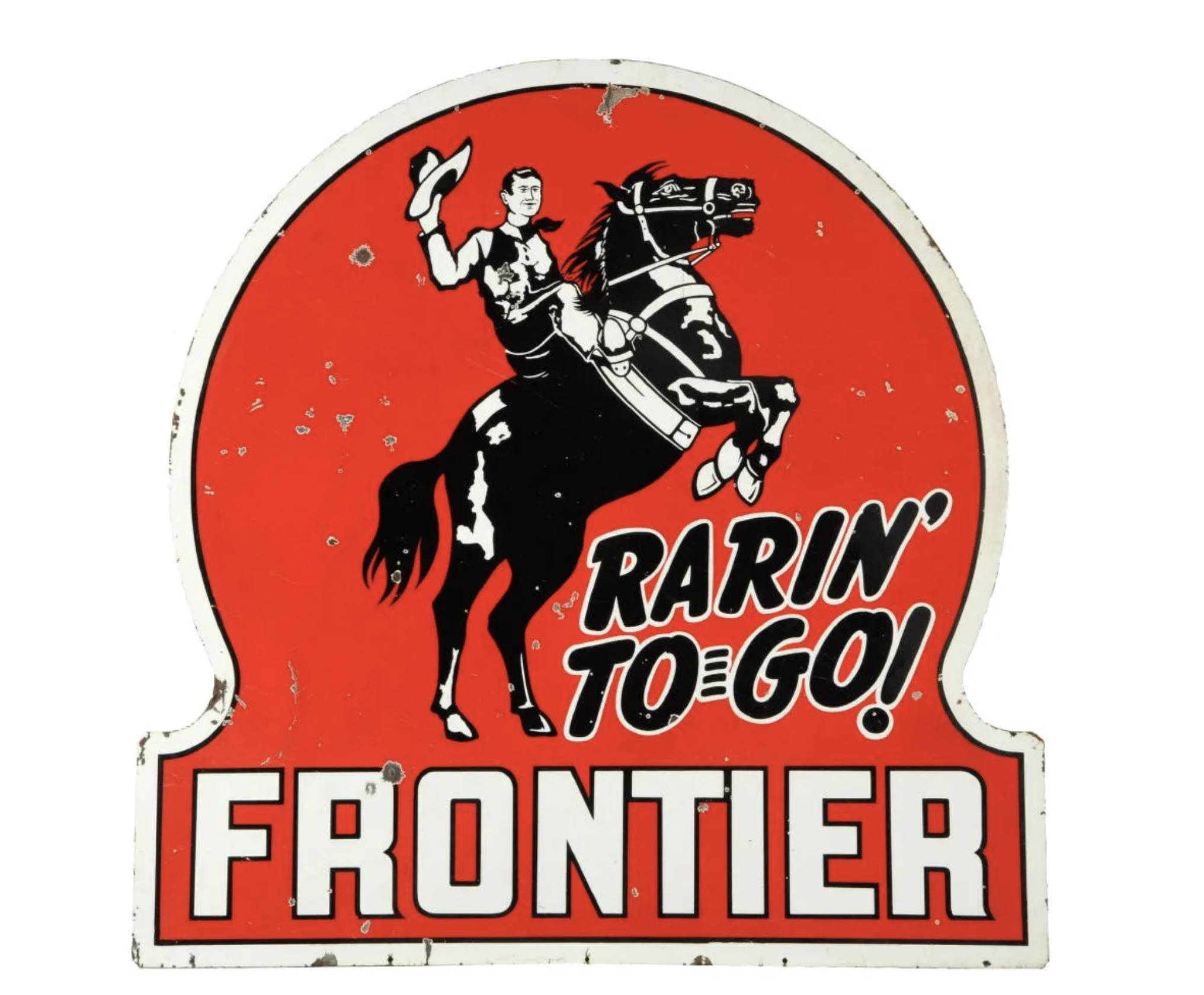 A Western-theme porcelain sign from the early days of service station advertising realized $8,000 plus the buyer’s premium in April 2017. Image courtesy of Dan Morphy Auctions and LiveAuctioneers.

Reproductions can be an issue. According to antiqueadvertisingexpert.com, savvy collectors can determine the authenticity of a porcelain enamel sign by checking for the presence of rust spots. The genuine article will have a black-brown rust color that is noticeably metallic. Reproductions will have hand-painted or computer-applied rust spots with a distinctive orange-red color that will be evident when closely inspected.

Sun-fading affects a porcelain sign’s lettering more than its background, with the color red suffering the most. Be wary of signs with reds that appear a little bit too vibrant; they may be bogus. Other telling details include rivets and screws, which should be checked to ensure they have rusted evenly along with the holes. Unless a sign has survived unscathed, the reverse of the sign should be corroded and worn in the right places as well.

It pays to use a magnet when examining a vintage porcelain sign. Prior to 1950, sign substrates were fashioned from steel sheeting. Reproductions, by contrast, feature aluminum. If the magnet sticks, that’s a good sign, literally and figuratively. 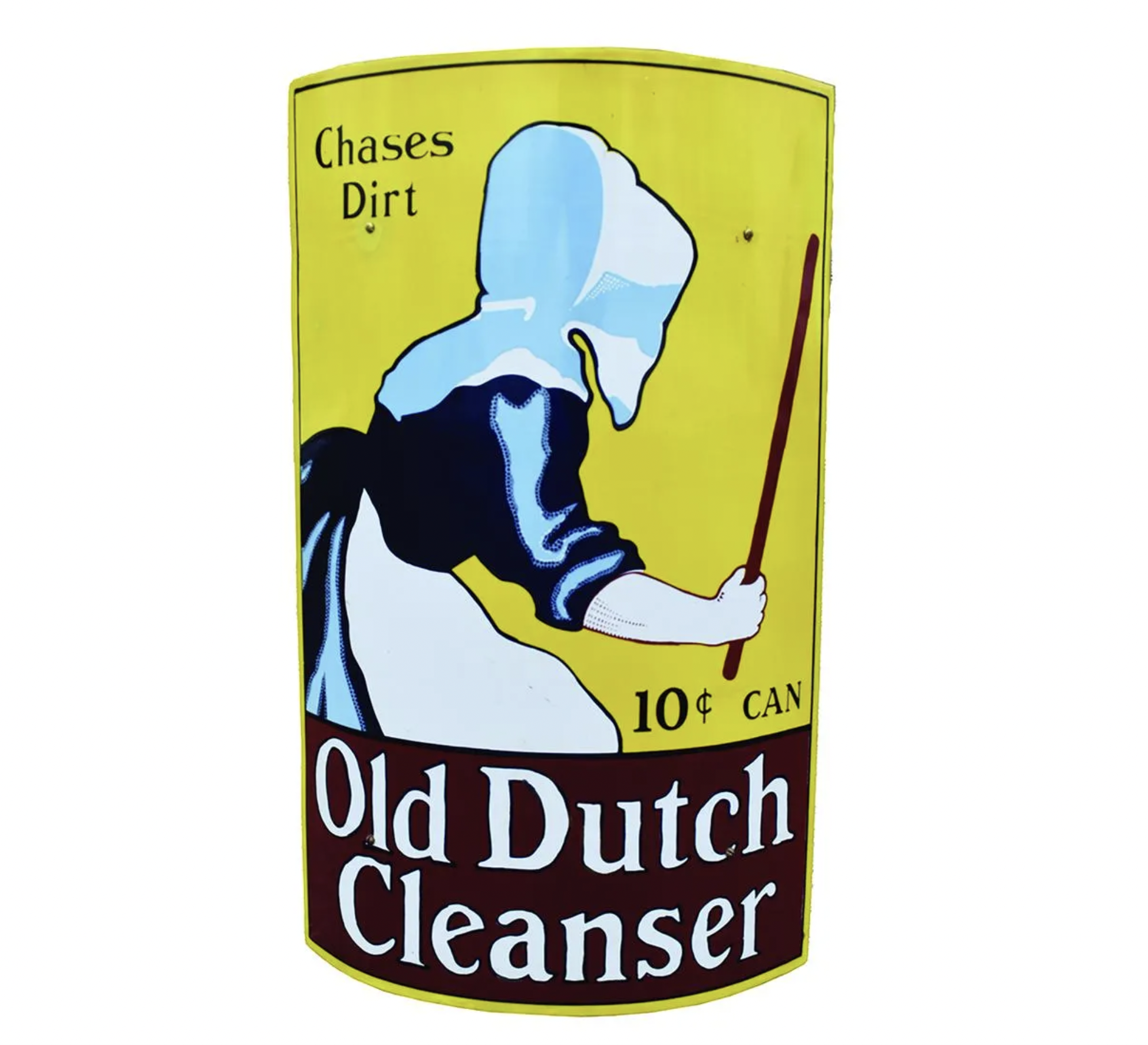 As of yet, no association exists specifically for the study of vintage porcelain enamel signs, however an abundance of porcelain sign collectors are members of the long-established and well regarded Antique Advertising Association of America (www.pastimes.org), which welcomes collectors of all types of antique and vintage advertising. Additionally, publications such as Bruner’s Encyclopedia of Porcelain Enamel Advertising and online sites such as antiquesigncollector.com can help novices learn more about the collecting specialty

Those who invest the time and money to acquire vintage porcelain enamel signs treat it as a lifetime hobby. They enjoy them for their artistry and for their ability to recall a vanished time when Coca-Cola cost a nickel and squads of smiling, uniformed gas station attendants would ready your car for the next leg of your journey. 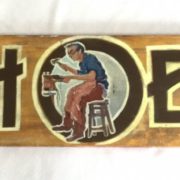 Petroliana: Separating the real from the unreal
Jasper52 sets the table with fine antique silver, May 10

Gold, gold and more gold emerges from Jasper52 vault, May 18
Scroll to top