Let’s take a journey to the far corners of the earth. Let’s take a trek up the Missouri River. Let’s go on an adventure and dive deep into these antique atlases and maps all being offered in a curated auction this weekend.

One of the most colorful maps in the catalog is a double hemisphere map of the world published in 1792 in Amsterdam by J. Elwe. This lavish world map was first issued by Alexis-Hubert Jaillot nearly a century earlier. Elwe retains the cartography with the island of California, one of the last maps to do so, with Terre de Iesso just off shore of North America. In the Pacific there is only a partial New Zealand coastline and Van Diemens Land together with partial coastline for Terre Australe et Inconnue et Magellanique. The map is beautifully decorated with a rich allegroical background. 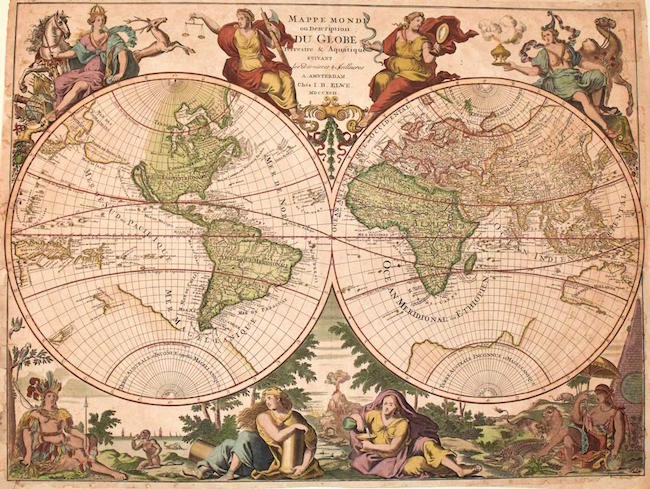 From the same era is Brion de la Tour’s rare map of North and Central America. It represents the second issue of one of the first maps to name the United States. While the lands east of the Mississippi are highly detailed with many place names and good topography, the regions west of the Mississippi and north of Spanish New Mexico are labeled as “unknown lands.” The superb cartouche features an allegorical figure of America feeding her young amid native flora and fauna and European shipping. 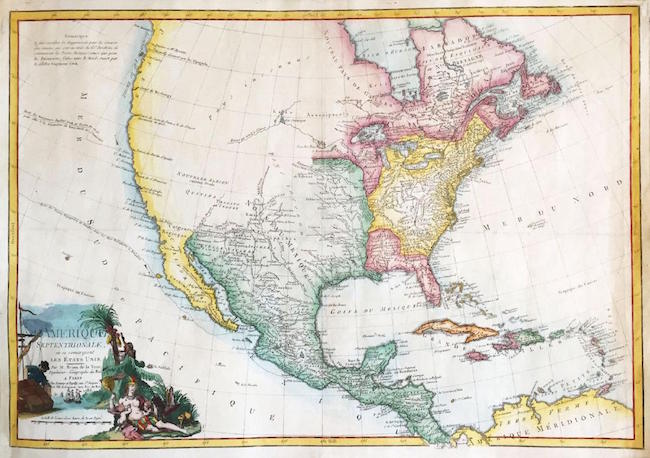 A magnificent and highly informative map of the Western Hemisphere is made even more informative by three inset maps. The United States inset, with its own decorative title cartouche, focuses on the fledgling nation of 13 states and includes a huge number of place names and notes on topography and native tribes. The two other inset maps depict the northeastern and northwestern extremes of North America. The northwestern inset shows Alaska as a thing promontory marked “Alaschka.” The northeastern inset shows Greenland as part of the North American mainland and includes speculation on the possible location of a Northwest Passage. 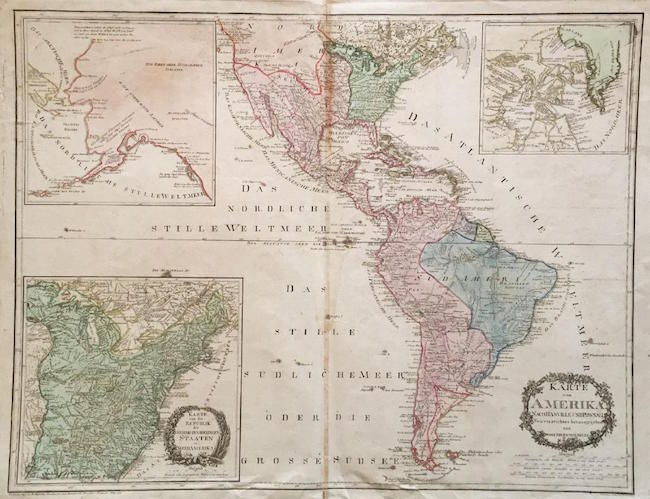 An 1852 Levasseur Atlas of France shows in single pages the 86 ‘departments’ and possessions of that nation. The maps in this seminal large atlas are in excellent condition, while the cover is fragmented and detached. 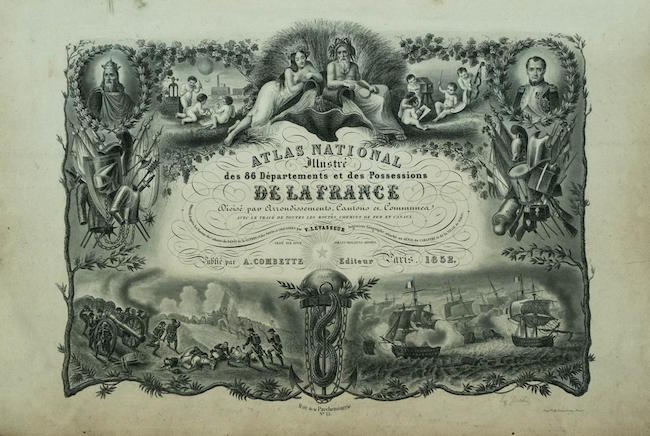 A modern reproduction of the Atlas Accompanying the Original Journals of the Lewis and Clark Expedition 1804-1806 is one of an edition of 750 copies. The maps, folder to 9×5 inch size, are chiefly by American explorer William Clark, illustrating the route of the expedition, with sites of camping places and Indian villages. Also included is a modern map of the route prepared especially for this volume. 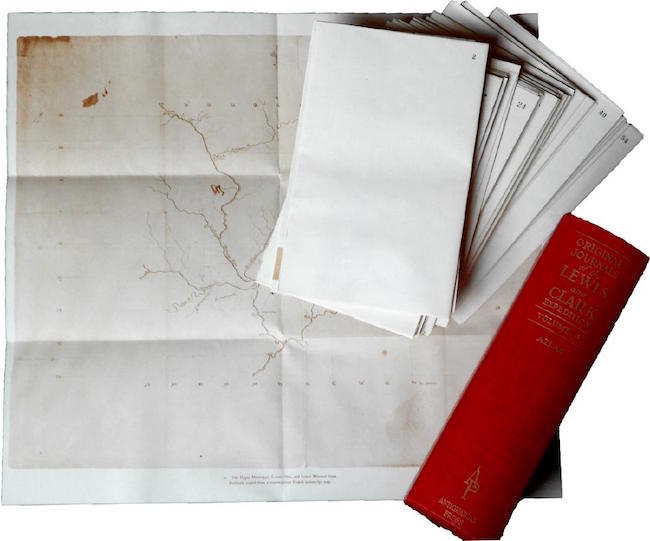 Extracted from a composite atlas of early 18th century maps is a large map of Africa by cartographer/engraver Jean Baptiste Bourguignon d’Anville and dated 1749 in Roman numerals. Printed in four sheets, the map is in good condition and suitable for framing. It is printed on thick, good quality paper with original outline hand color and has a decorative title cartouche. 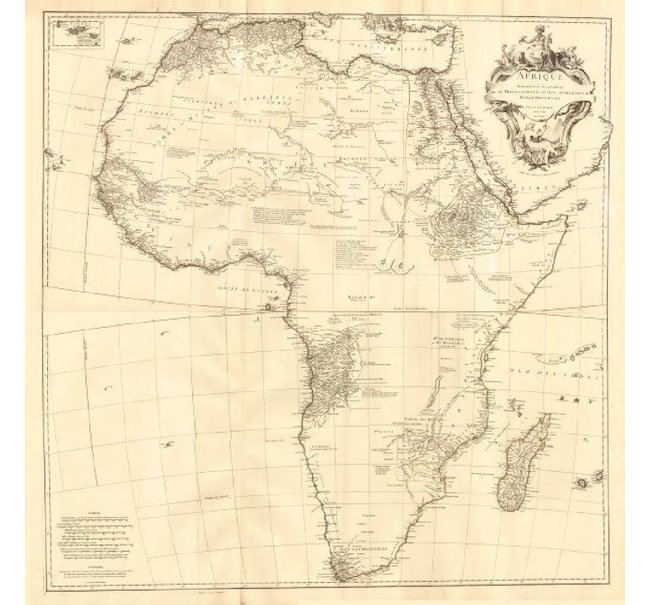 Dive into the full catalog here and take a trip around the world. 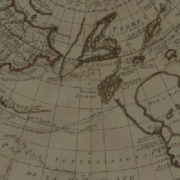 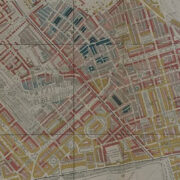 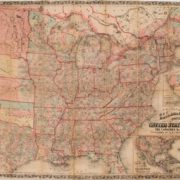 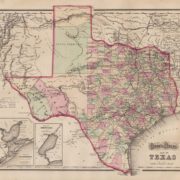 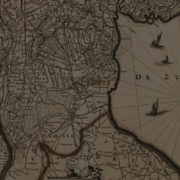 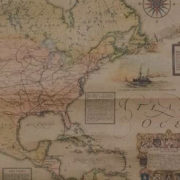