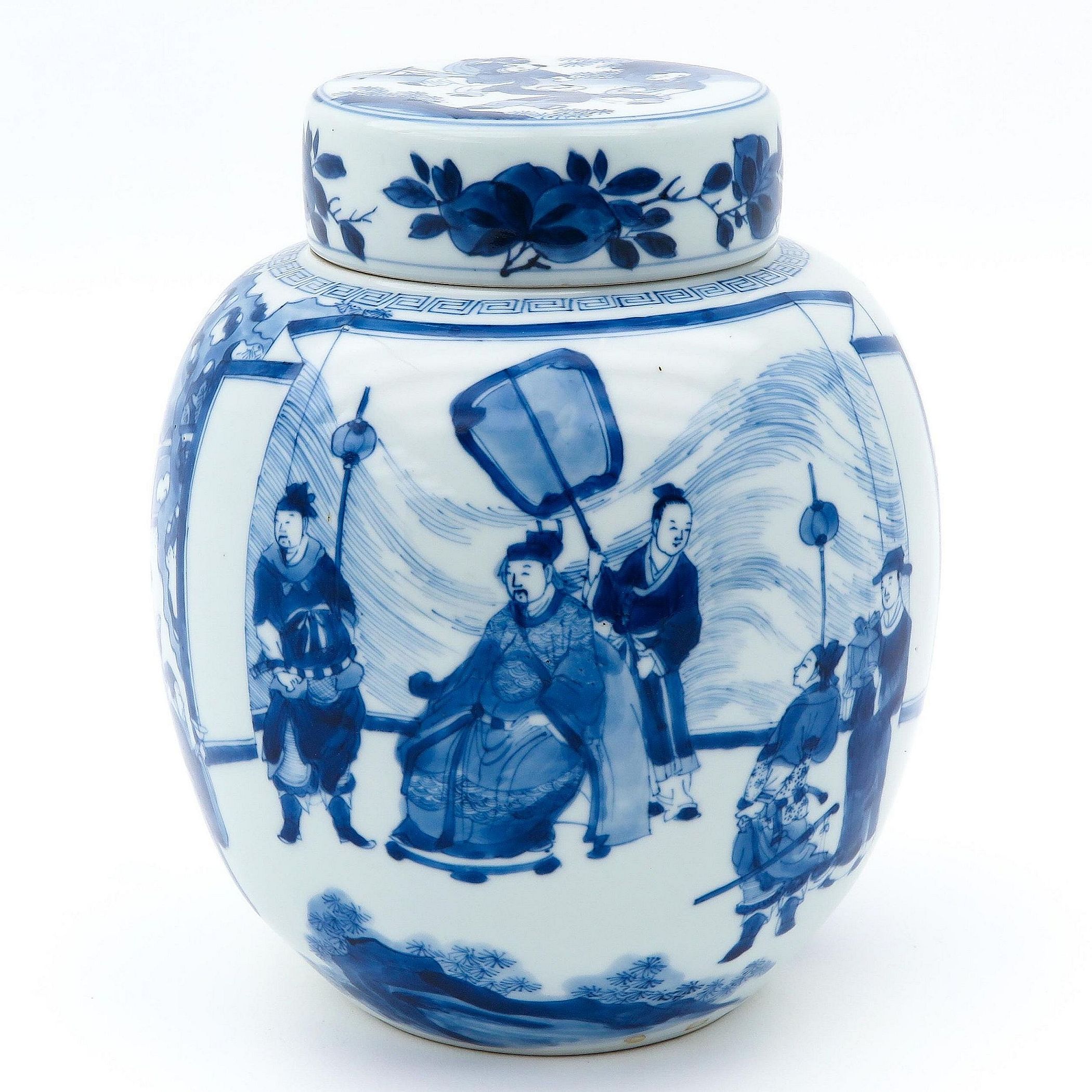 Ginger jars – Chinese high-shouldered, ovoid, lidded, utilitarian porcelain vessels – were long used to store and transport oil, wine, salt, and spices. Decorative ones, however, date from the Ming Dynasty era (1368–1644). Created in mineral-rich Jingdezhen-area kilns, such jars were produced for domestic use, bestowed at festive ceremonies, or destined for the Chinese Imperial court. Large quantities of ginger jars were also exported to Europe. 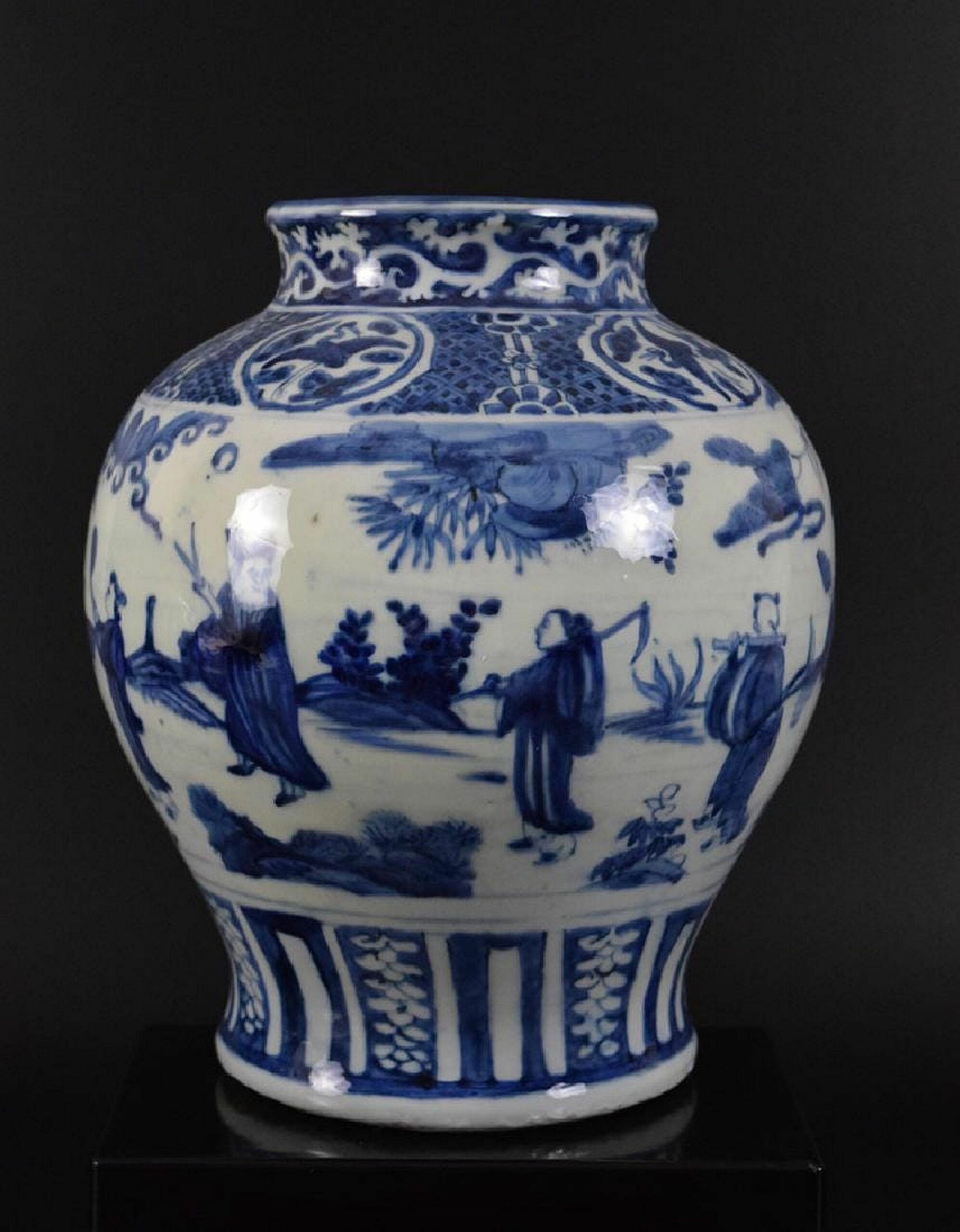 Ming porcelain ginger jar featuring eight Immortals against a landscape, which sold for $2,000 plus the buyer’s premium in 2018. Image courtesy Sofe Design Auctions, LLC and LiveAuctioneers

During the decline of the Ming Dynasty, the Jingdezhen kilns not only lost Imperial support, but were largely destroyed. However, they and other private kilns regained artistic and technical distinction under the auspices of Kangxi (1661-1722), an early Qing Dynasty emperor. As the demand for porcelains increased, production evolved into specialized, more efficient subsets – e.g., mining, mixing, and shaping. Firing at extremely high temperatures created pieces that were glossier and brighter than those of the Ming era. 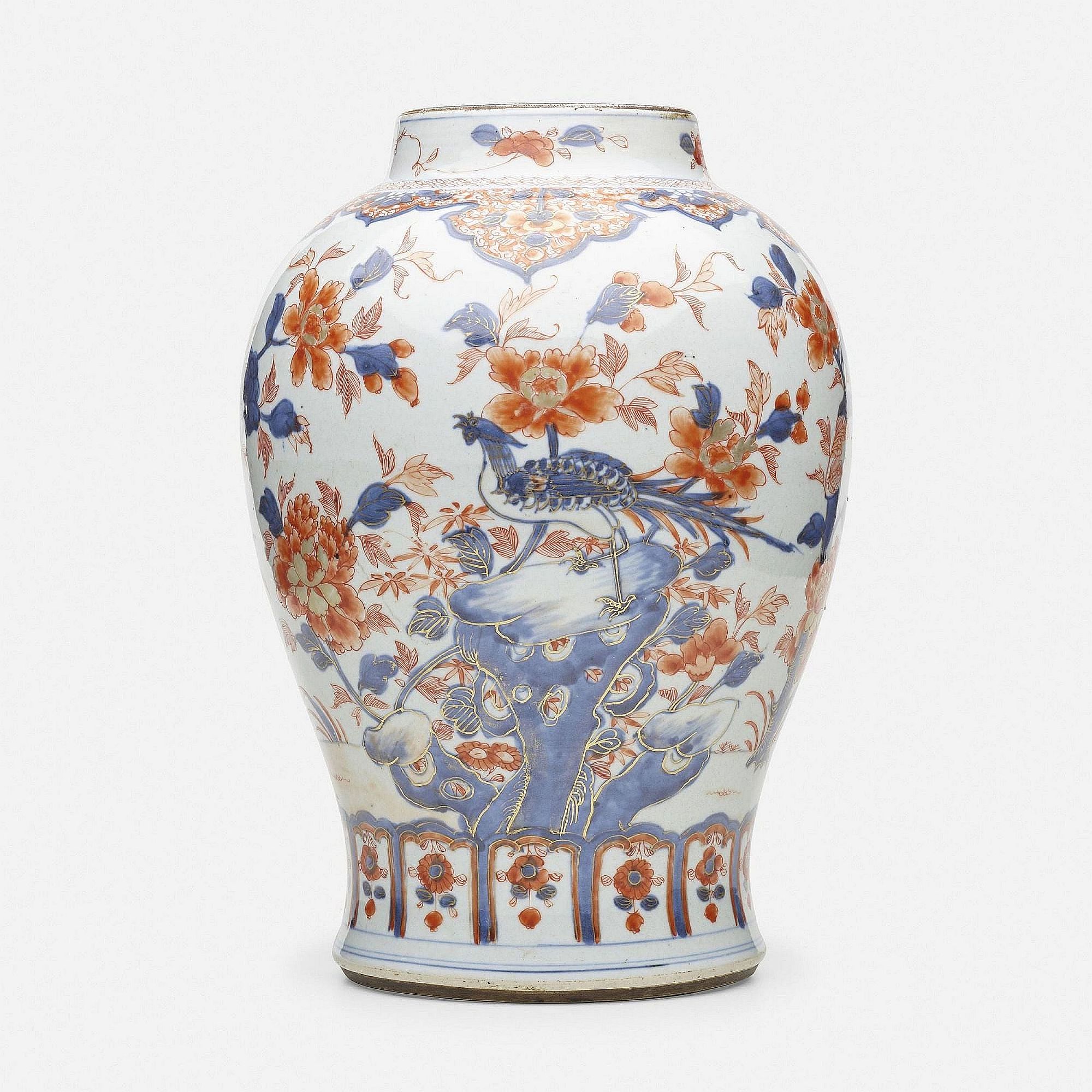 Imari export glazed ginger jar, which realized $2,200 plus the buyer’s premium in 2020. Image courtesy of Rago Arts and Auction Center and LiveAuctioneers

With the expansion of Chinese maritime trade, merchants protected delicate exports, such as silks and tea leaves, by lining ship holds with rows of sturdy, waterproof porcelain jars. These commonly held precious spices, including ginger, a staple of Chinese medicine and cuisine. Because the British associated these vessels with treats such as ginger beer, ginger biscuits and gingerbread, they commonly called them “ginger jars.” Due to the fact that they were obviously finer than locally produced porcelain, they became valued more for their beauty than their contents.

Once ginger jars had become coveted decorative items, Chinese potteries exported them by the millions. Those depicting traditional blue-and-white figures, florals, or landscapes are not only most common, but remain the most desirable—especially if they still have their original lids. 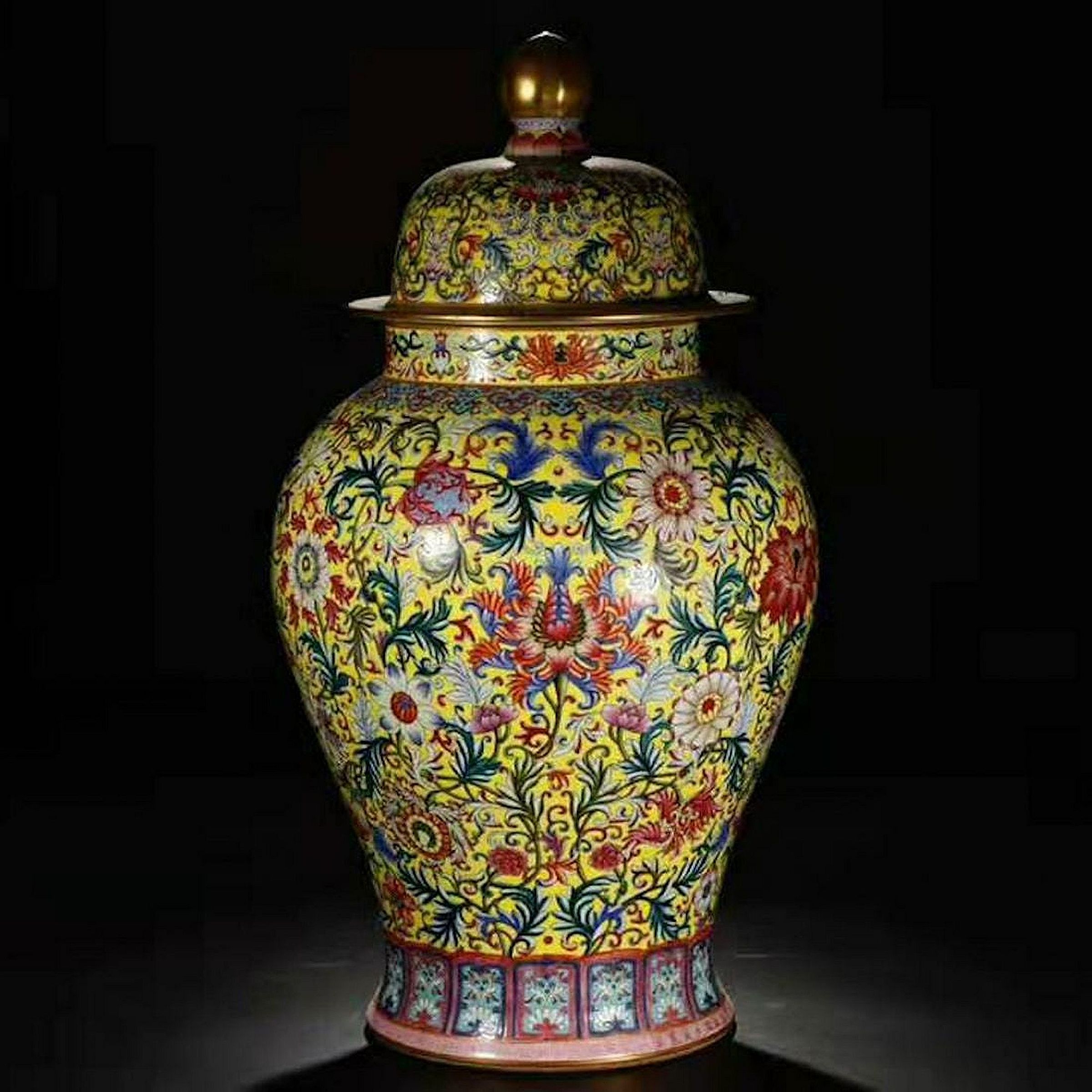 Antique ginger jars are often classified according to their dominant color palette. Those featuring vibrant shades of green, a type that emerged during the Ming dynasty, are known as famille verte. Ginger jars featuring famille verte elements against a ground of yellow, a hue reserved for high-ranking Qing officials, are known as famille jaune. Famille rose, another ornamental jar type, features motifs such as birds, peonies, prunus, or chrysanthemums in pale pink to ruby-red tones. 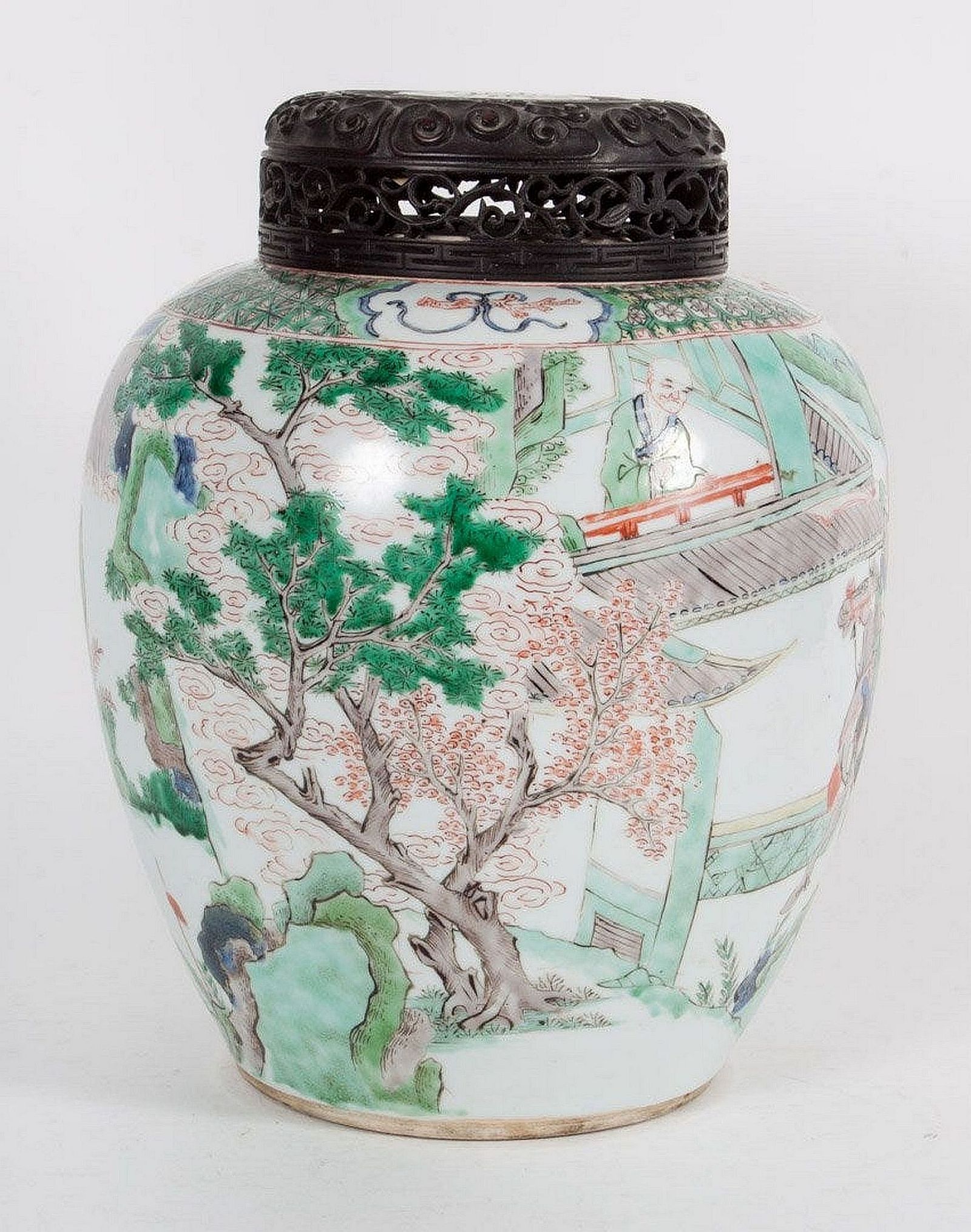 Chinese export famille verte ginger jar depicting warriors in a garden, which sold for $11,000 plus the buyer’s premium in 2015. Image courtesy Alex Cooper and LiveAuctioneers

From the mid-1700s, China began flooding the European market with their lucrative ginger jars – dubbed “Chinese Imari” vessels – which were inspired by exceptionally fine porcelain items that had long been popular in Japan. These highly glazed pieces typically feature blue underglaze oriental motifs adorned with overglaze fauna, flora, and figures in vivid shades of green, yellow, red, and black.

Because porcelain ginger jars associated with particular historical eras frequently were copied by subsequent generations of ceramicists, they may prove difficult to date. Some bearing Kangxi reign marks, for instance, were actually produced centuries later to honor that vibrant artistic era. 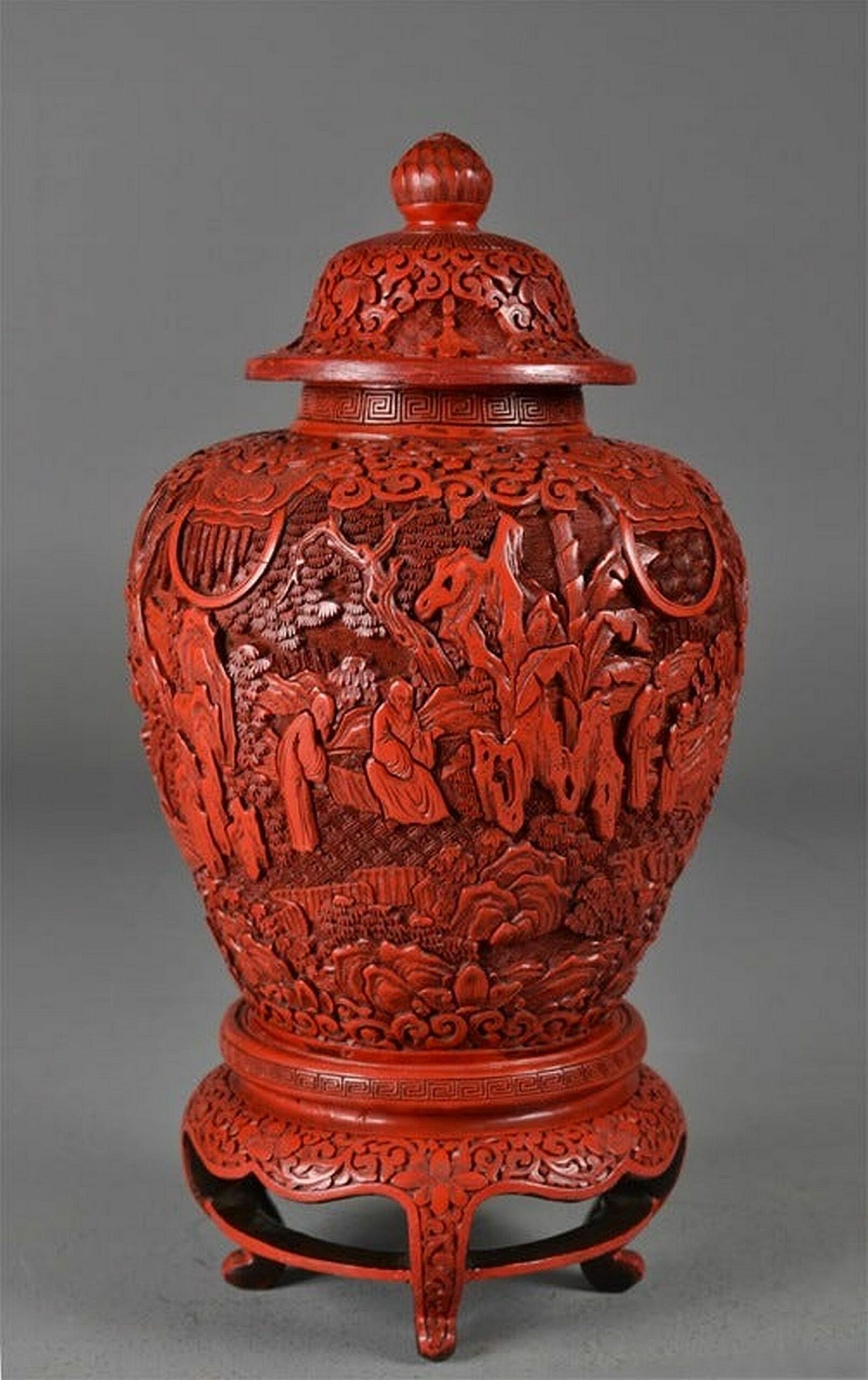 Today, antique ginger jars, whatever their style, are not restricted to private collections and museums. Whether gracing entrance halls and mantelpieces or repurposed as vases or centerpieces, they lend an air of classic Chinese elegance to any interior design. 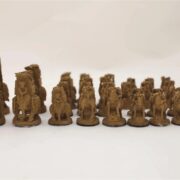 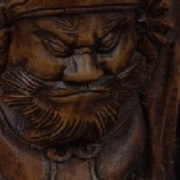 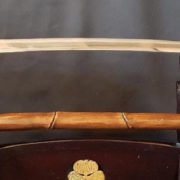 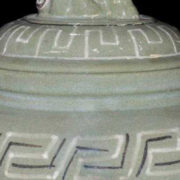 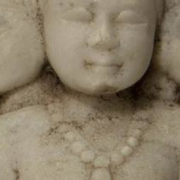 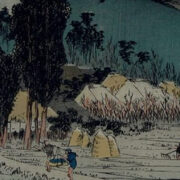 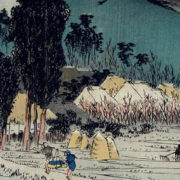