Nothing gets a book collector’s pulse racing faster than the discovery of a first edition – especially a rare one by a famous author. But how can you be sure that a book is, indeed, a first edition? Deciphering the clues can be perplexing, especially if you’re a novice bibliophile.

To learn more about first editions, we turned to book expert Bruce MacMakin, who is Senior Vice President of the San Francisco auction house PBA Galleries. PBA specializes in fine antiquarian and collectible books, autographed ephemera, and works on paper. 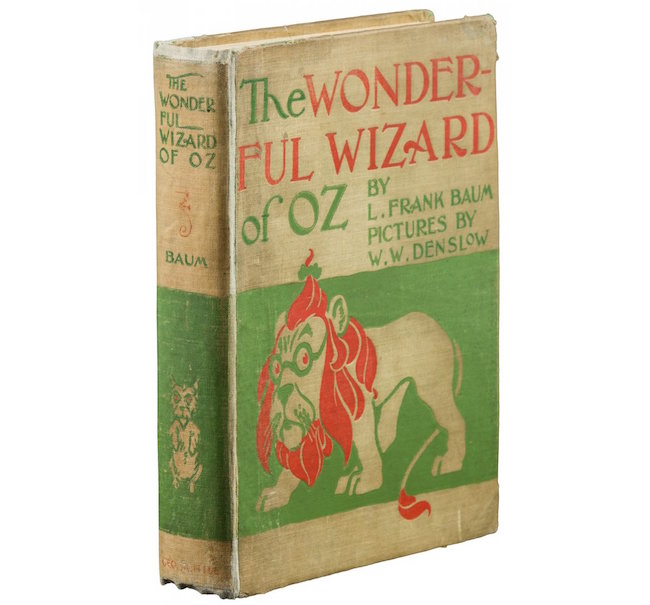 What can be learned from the printer’s key, and where is that found on a book?
The printer’s key, also known as the number line, is a line of text printed on the copyright page (the verso of the title page) of books. It is used to indicate the print run. Publishers started to use this convention around the middle of the 20th century. An example follows: 1 2 3 4 5 6 7 8 9 10. After the first printing, the 1 would be removed, so the lowest number would be the 2, indicating a second printing, or print run, and so on. Sometimes there is a series of years, to indicate the year in which the book was printed. Note that Random House did not, for many years, use the 1, so if 2 was the lowest number on one of their books, it was a first printing.

What is the difference between a “first edition” and a “first edition, first impression,” and is there a great deal of difference in value between the two? Is a first impression identified as such in the front of a book?
A first edition may go through a number of impressions, or printings. The edition is the way the book is set up, with movable type in the days of letterpress, through photo typesetting for offset, and digital printing of today. The first printing, or impression, is the first print run from the original printing plates (regardless of their form or the mode of printing). Subsequent printings from substantially the same setting of type, even if there are minor typographical changes or variations, can still be considered first editions, but bibliographic honesty dictates that the fact of a later printing be noted. Later printings are often indicated, as in the number key, but there are also many cases where later printings are determined by more obscure means, varying by publisher or even individual book. There are usually substantial differences in value between first and later printings of a book. 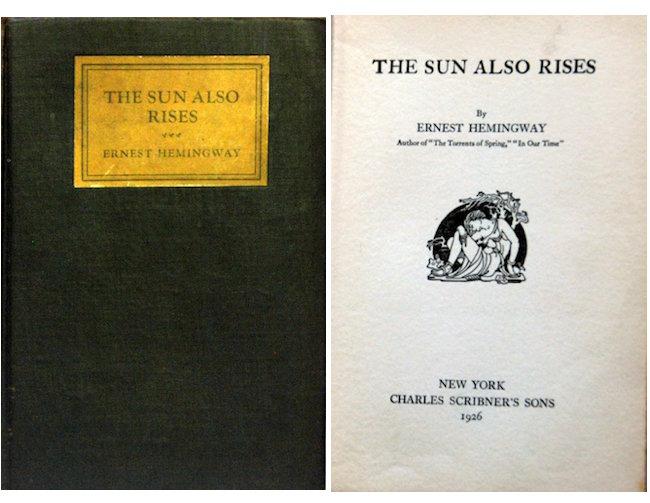 What are some of the most valuable first editions?
The value of modern first editions is closely tied to the presence of, and condition of, the dust jacket. Most books from the 20th century and thereafter originally came out with dust jackets, and some of the earlier examples can be quite scarce and valuable. As an extreme example, a first edition copy of The Great Gatsby by F. Scott Fitzgerald, in dust jacket, has sold for as much as $310,000 at auction, whereas copies without the dust jacket usually go for around $2,000 to $3,000. Ernest Hemingway’s The Sun Also Rises can bring as much as $130,000 in dust jacket, but less than a thousand without. Books signed or inscribed by their authors also can bring a premium. One of the most notable examples is a fairly modern author, Thomas Pynchon, who is notoriously unwilling to sign books. An inscribed copy of Gravity’s Rainbow has brought $15,000 at auction, whereas copies not signed or inscribed top out at around $1,000, depending on condition, particularly of the dust jacket.

If you were a beginning collector and wanted to focus on modern first editions but didn’t have a great deal of money to spend, which titles or genres would you recommend to them?
There are many reasons and strategies collectors employ when acquiring modern first editions. Some collect the first books of many different authors, others seek books that have won Pulitzer Prizes or similar awards, and some focus on what are considered “high spots” of literature. But for a beginning collector, I would recommend collecting books by an author whose works you enjoy reading and which have meaning to you. One does not have to be wealthy, or even comfortably well off, to find collecting books an enjoyable and intellectually stimulating activity. Many collectors have begun by accumulating paperbacks and reading copies, then moving on to first editions and copies with dust jackets. Usually an author’s later books can be readily acquired at modest prices. As collectors progress, they will then work backwards towards the rarer, more expensive early books. Then there are inscribed and signed copies, uncorrected proofs, limited editions of some of the works, even the original manuscripts for the advanced and better-heeled collectors. ‘Completists’ can branch out to periodical appearances, illustrated editions, omnibus printings, fine press editions, and so on and so on. Finally, when satiated, one can move on to the next author of choice.

Bruce MacMakin is senior vice president of PBA Galleries in San Francisco. The son of a printer, MacMakin began his career in the book-auction trade at California Book Auction Galleries in 1978, fresh out of college. It was an unplanned diversion that has lasted 38 years and counting. In 1992, MacMakin became a founding member of Pacific Book Auction Galleries, now PBA Galleries. His areas of expertise range from early incunabula and rare manuscripts to hyper-modern fiction and The Wizard of Oz.

Firsts by noted authors featured in vintage book auction Aug. 22
Attention Star Wars Fans: You Could Own Your Very Own Jedi Lightsaber

How to Determine the Value of Religious Icons
Scroll to top