Before the world turned to texting and Tweeting as a form of quick communication, there were postcards. Of course, the U.S. mail service of the 19th century – when postcards first came on the scene – cannot compare to 21st-century electronic methods, but there was an appeal to sending personal messages on paper that doubled as a keepsake. That’s evident from the number of antique and vintage postcards regularly offered in online auctions and at postcard shows. 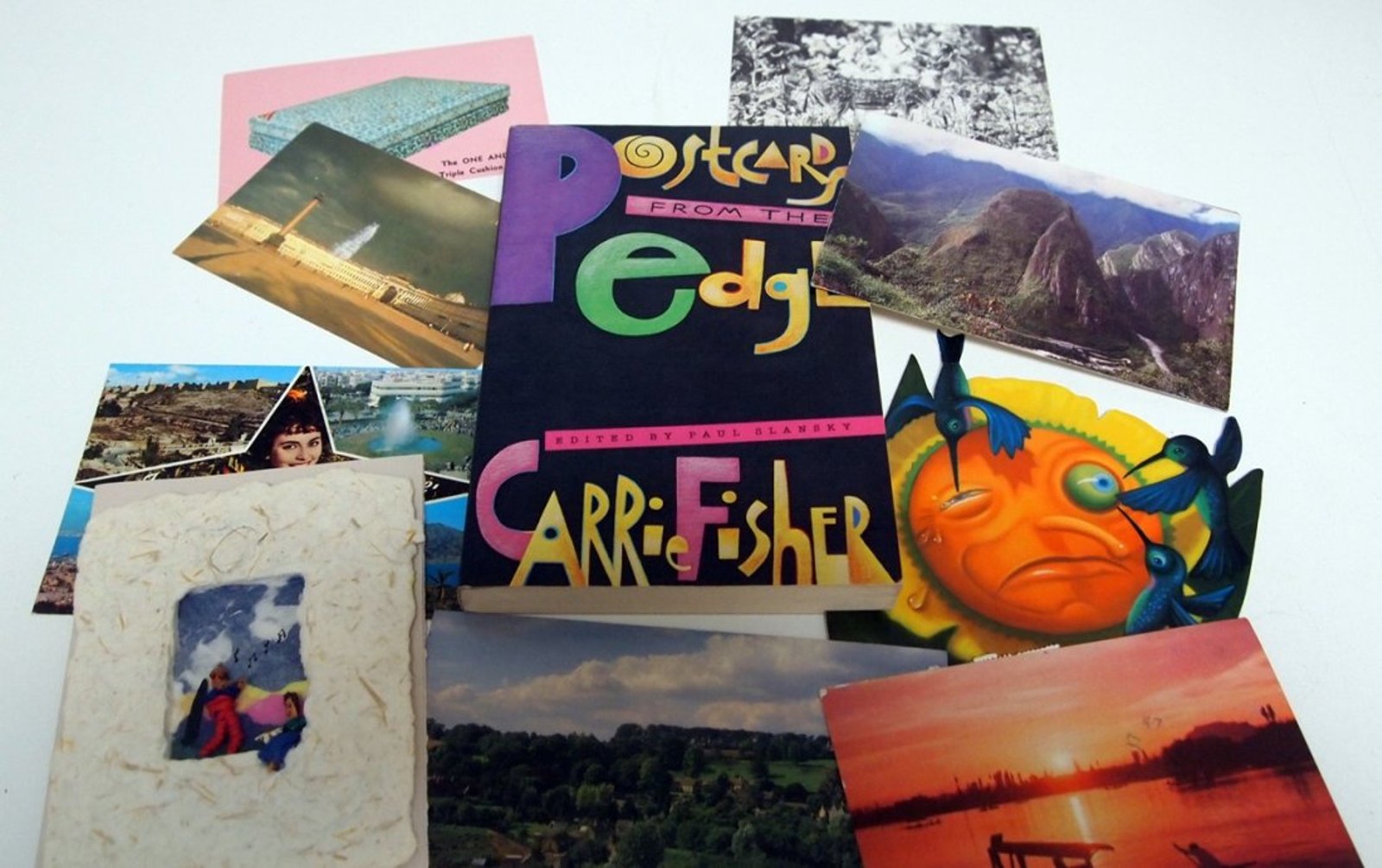 Postcard collecting, like so many other things in the world, continues to evolve, said Lew Baer, of the San Francisco Bay Area Post Card Club.

“Just like the rest of the world we knew a quarter-century ago, postcard collecting has changed dramatically with the introduction of the Internet. Collecting used to be mostly through mail exchanges and mail-in auctions. Shows, often week-long events that would take over entire floors of hotels in major cities, were great events for postcard collectors,” explained Baer, editor of the SFBAPCC’s website (www.postcard.org) and newsletter. “That social and friendly interaction has been eclipsed (both sadly and happily) by eBay and other online auction sites. Avid collectors used to drive hundreds of miles and spend hundreds of dollars to go to the great shows of the 20th century. Now, we have the entire world at our fingertips and can find the rarest of cards while surfing in our PJs.” 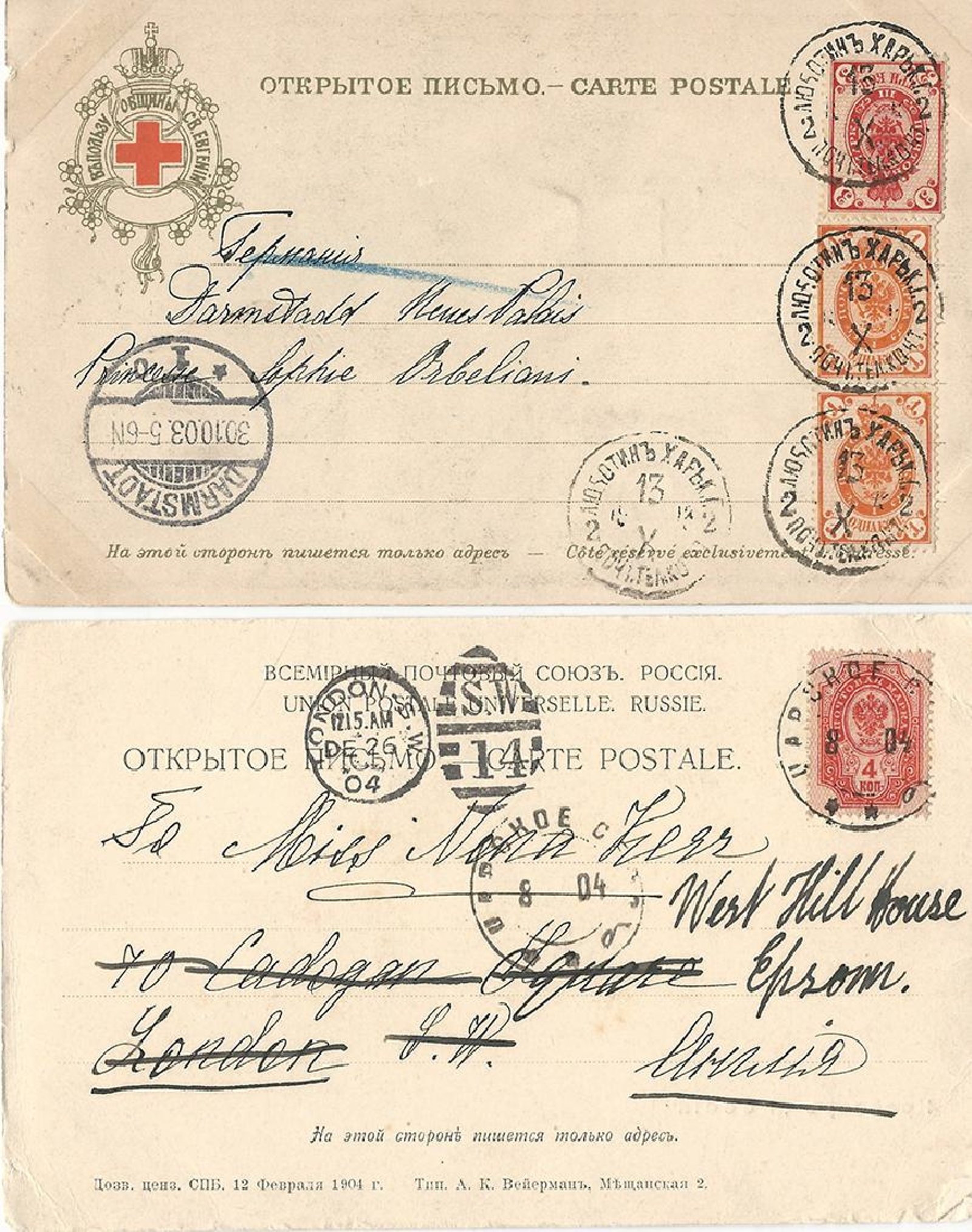 One of two postcards exchanged by Princess Sonia Orbeliani (1875-1915), a maid-of-honor to, and close friend of, Empress Alexandra, wife of Nicholas II, the last ruler of the Russian Empire. Estimate: $200-$500. John Atzbach Antiques, LiveAuctioneers image

When publishing companies such as Curt Teich & Co., Raphael Tuck & Sons, Dexter Press, E.C. Kropp Co., and Detroit Publishing Co., were producing postcards for the masses in the early 20th century, variety was the name of the game. The option to select a postcard with a particular theme, sentiment or image was a way to personalize the communication, in addition to the message that would be handwritten later on by the sender. In a way, it can be compared to adding emoticons, gifs, and colored backgrounds to online posts and texts today. Except that postcard were more collectible than ephemeral.

Postcard Fact: The act of studying and collecting postcards is called deltiology. It comes from the Greek term for a writing tablet or letter.

A beginning “deltiologist” can personalize a collection by narrowing its focus. There are many ways in which to specialize. For example, collect by:

•    Material composition (Many novelty postcards incorporated silk or fabrics, wood, copper, and cork, among other materials. Still others – articulated postcards – have movable parts such as wheels.)

Postcard Fact: In the heyday of postcard popularity, around 1913, the total number of postcards mailed through the United States Post Office topped 968 million, according to information obtained from Postcardy.com.

The terminology used to describe the different eras of postcards varies, but knowing the terms and the era may help with authenticating postcards and determining age. According to information found at www.postcardvalues.com, the earliest period in U.S. postcard history (1873-1898) was the Pioneer Era. This is followed by the Private Mailing Card Era (1898-1901). It was during this time that U.S. publishers were able to print and sell postcards with proper marking and a one-cent stamp. A unique feature of these small works of art is that the address of the recipient was on the back and there was space for a personal message on the front. 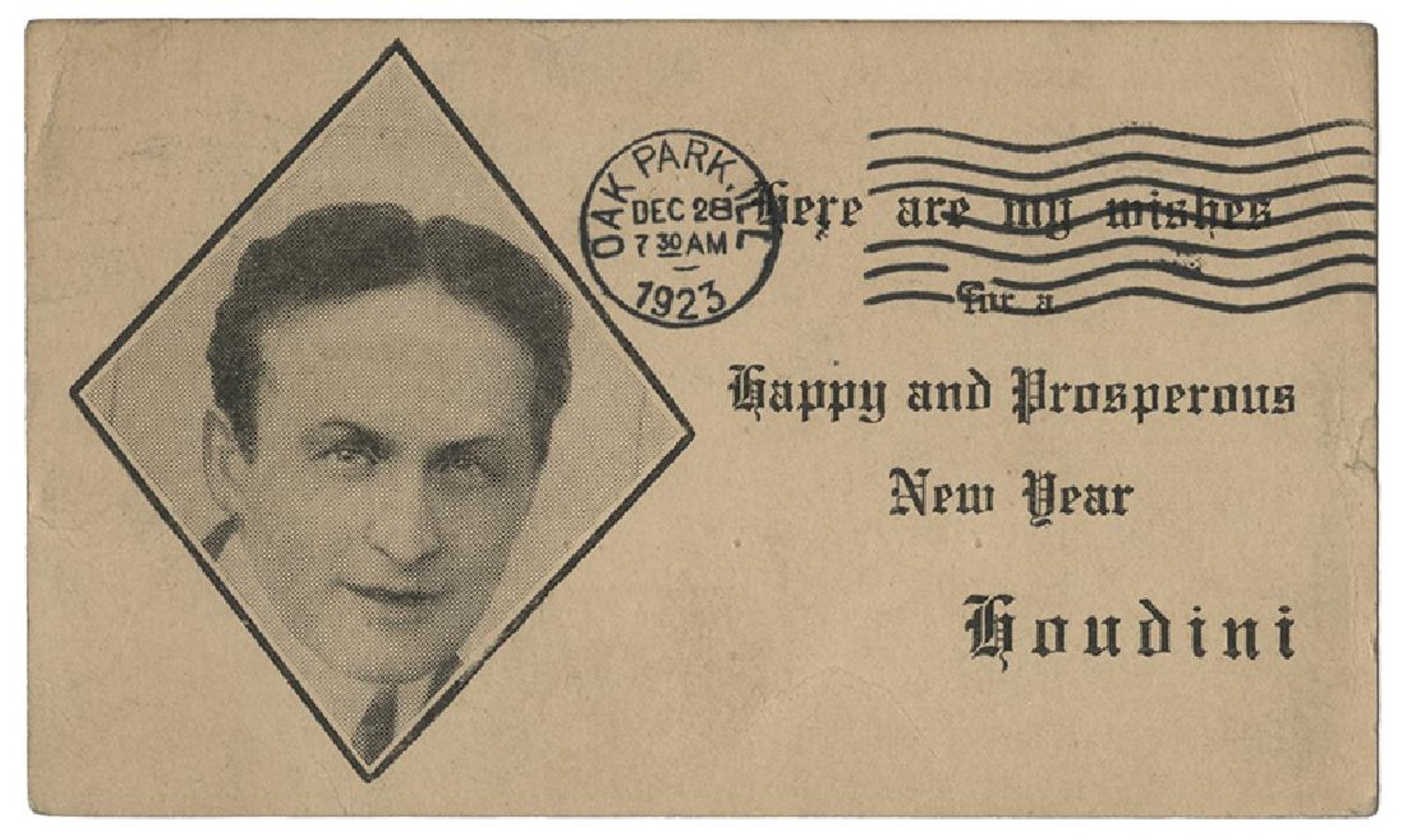 Next is the Undivided-Back Era (1901-1907), at which time private printers could create postcards as long as the term “Post Card” appeared on the back. The first magazine devoted to postcards, Real Photo Postcards, began during this time. The U.S. arrived a bit late to the party when it came to allowing use of divided-back postcards. England approved it in 1902, followed by France and Germany, then the U.S., in 1907.

The Divided Back Era between 1907 and 1914 is what some call the golden age of postcards. As the name implies, this was the era when postcards featured a division on the back with space for a message and space for the recipient’s address.

A move by printers to save on the cost of ink resulted in the next period in postcard history: the White Border Era, from 1915 to 1930. Most of these postcards were produced by U.S. publishers, and included a bit more detail in terms of descriptions about the image on the front. Scenic views became a leading subject for White Border-era postcards.

Advancements in technology ushered in the next segment of postcard history, the Linen Era (1930-1944). Publishers turned to a new type of paper to create postcards with the look of linen. Often these cards appear to have a texture to them. Linen postcards are less common than those of standard “card.” There were fewer in circulation because interest in postcards, in general, was starting to wane around the time linen postcards were introduced.

Finally, there is the Photochrome Era, which began in 1945 and is the period of the present. Photochrome postcards came into widespread use after 1945, but according to www.postcardvalues.com, the earliest generation of Photochrome postcards was in the selection offered by Union Oil Company at their Western-states service stations, as early as 1939.

Postcard Fact: Standard and Continental postcards refer to the two primary sizes of postcards. Prior to the 1970s, postcards measured 3-1/2 x 5-1/2 inches. During the mid-20th century, the size changed to 4 x 6 inches. However, there are still standard-size postcards available.

Even armed with an extensive knowledge of postcard history, finding antique and vintage postcards in quality condition can be challenging. But it’s not impossible.

“Postcards used to be everywhere; now they can be tough to find. The easiest place to find them is on racks in tourist shops, bookstores and stationers. Yes, NEW cards can be eminently collectible if they depict your chosen interest, topic or place,” said Baer. “To find vintage cards, try antique shops, yard sales, flea markets, used book shops and stamp shops.”

“There are also postcard shows—sales, actually. Look for their ads in free newspapers and flyers at antique and secondhand shops. They might read ‘antique paper sale,’ or something similar without specifically mentioning postcards. There are local postcard clubs that welcome newcomers, and there is one postcard-collecting magazine: Barr’s Postcard News, www.collectorsjournal.com/barrspcn/. It has an online version as well. Google reveals lots of leads.” Additionally, it is hard to beat LiveAuctioneers.com, with its thousands of auction-house customers, as a source 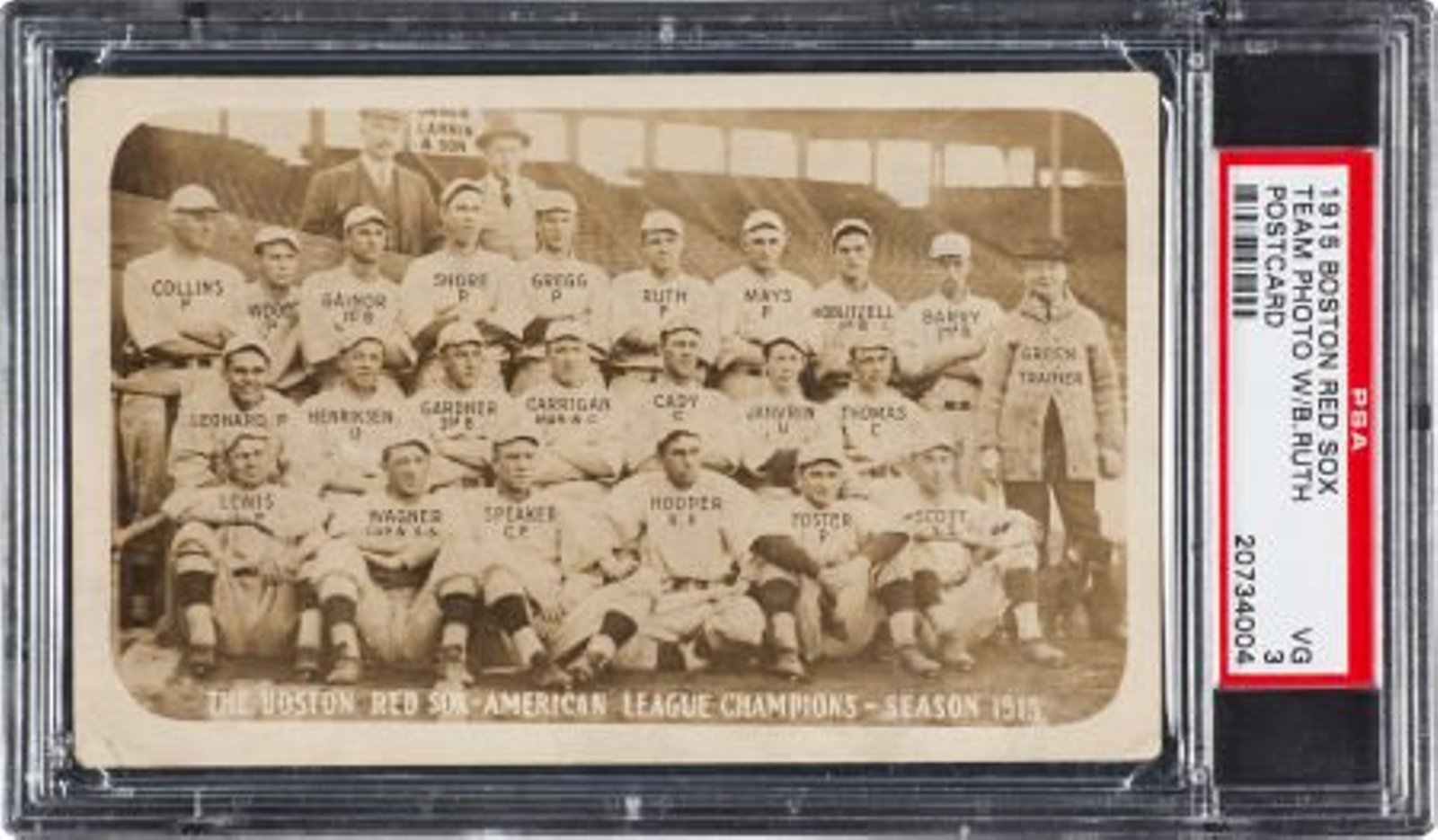 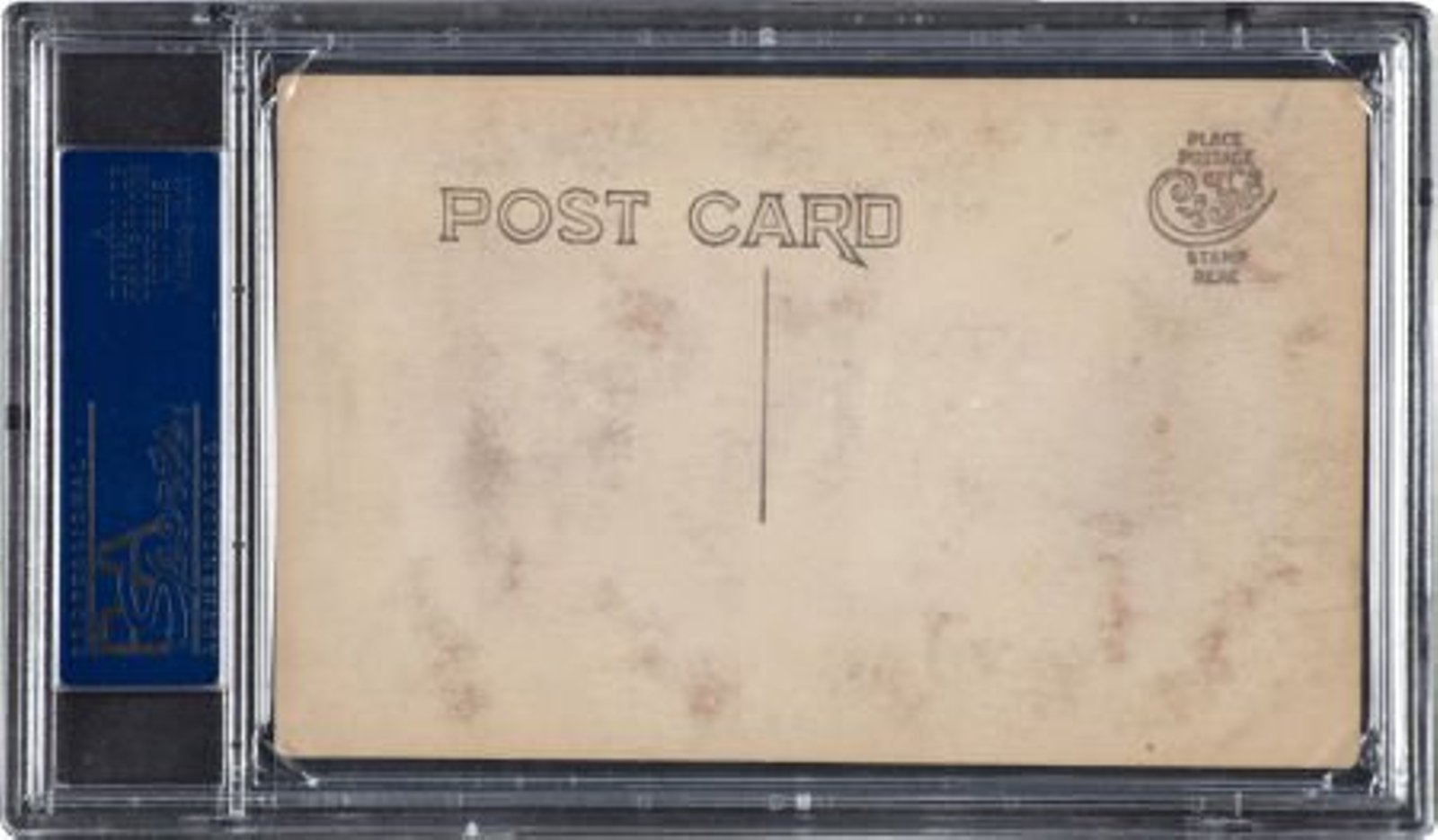 Whether collecting postcards by era, interest, theme, publisher or artist, physical condition is a contributing factor to their potential value. Discoloration, foxing (browning of postcards largely due to humidity and moisture over time), tears or other forms of damage can certainly impact the value of a card, even a rare one. Also, a premium is paid for specialty postcards that have retained such original embellishments as flocking, glitter or gilding. Conversely, their value drops when these decorative additions are compromised or missing.

Finally, Baer adds this parting bit of advice to anyone considering postcard collecting:

“Look a lot and learn a bit before you buy. Postcards can be overwhelming in their attractiveness and interest. It’s hard not to like every one.” 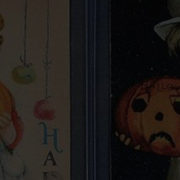