Halloween is one of the oldest holidays celebrated in the Western world. It came about in ancient times when harvesttime marked the end of the year on the Celtic calendar. A festival honoring Samhain, the Celtic lord of death, began the evening of October 31.

The change of seasons ushered in pagan rituals. To the ancients, it was a time when the boundary of our world and the spirit world was more open. They believed the spirits could more easily revisit our world during this brief period.

During the festival of Samhain, neighbors provided food and drink for “wandering spirits,” represented by those wearing a variety of costumes (guises). Bonfires provided warmth and cleansed the soul, while candles in carved-out gourds or in lanterns issued light to help keep the otherworld at bay. 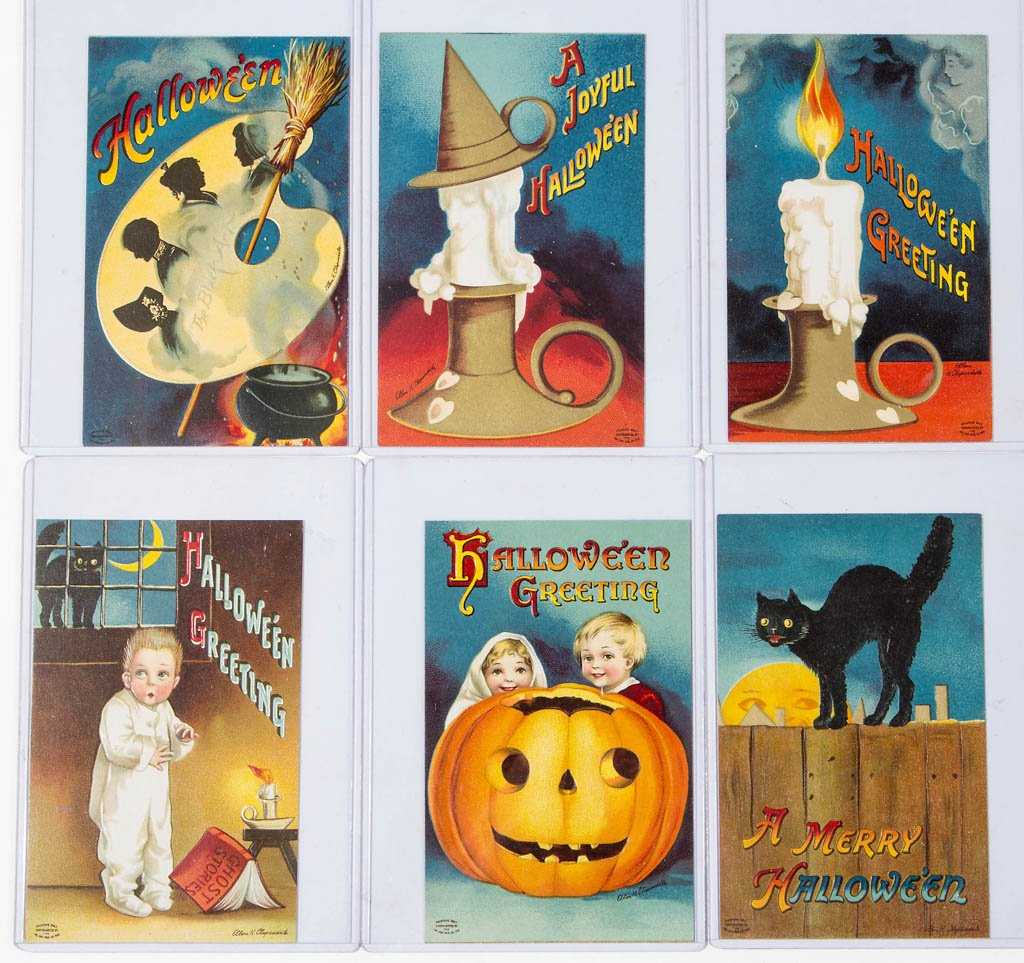 After the Romans conquered the Celts, an early Christian observance that incorporated the festivities of Samhein into a remembrance of their departed saints – known as Hallows – became the more modern version of the celebration. Thus, All Hallows Eve, shortened to Hallowe’en, marks the day before All Saints Day, which takes place on November 1.

All of these rituals were amalgamated over time with the immigration of the Irish and Scots to America in the late 19th and early 20th century. The observance of Halloween itself was reserved mostly for adult parties, although children still dressed in costumes such as ghosts (bogeys) and more scary creatures such as witches. In the early 1900s, family and friends would commemorate the holiday by sending best wishes through a picture postcard.

Although the plain postal card was first printed and mailed before or during the 1870s in the United States, the heyday of colorfully illustrated postcards lasted from about 1900 to 1920. By the time greeting postcards became popular, Halloween was already firmly established in the American culture.

The most prolific and most recognized postcard illustrator of this period was Ellen H. Clapsaddle (1865-1934). Artistically inclined since childhood, Clapsaddle left her upstate New York home in 1884 to attend the renowned Cooper Union for the Advancement of Science and Art. After graduation, she returned to her hometown, where she created landscapes and painted family portraits. She also created commercial advertising items such as calendars and greeting cards. 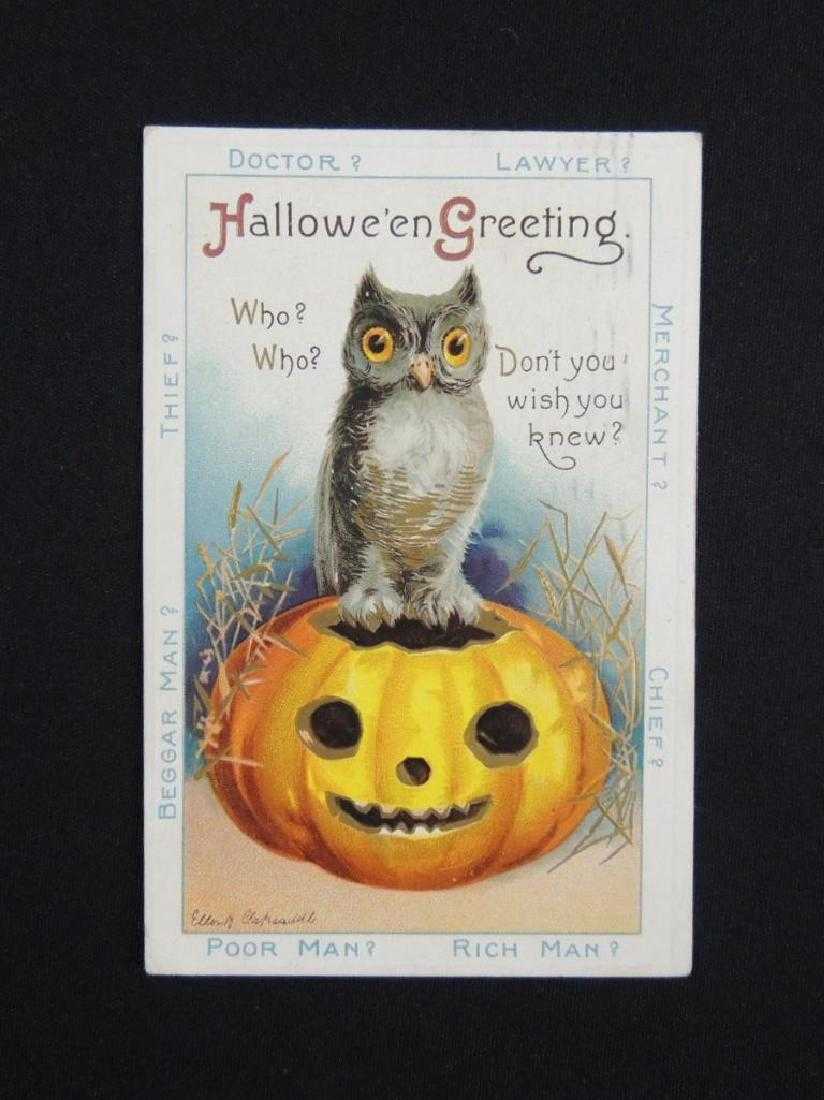 Ellen Clapsaddle signed embossed Halloween postcard printed in Germany and mailed in 1913. It sold for $60 in August 2017. Image courtesy of LiveAuctioneers and Matthew Bullock Auctioneers

It was through the postcard, though, that Clapsaddle’s commercial illustrations became best sellers, particularly those surrounding holidays such as Halloween. Far from showing the dark aspects of the holiday, Clapsaddle’s postcard illustrations focused more on the innocence of folklore as seen through the eyes of children and young adults.

It is estimated that Clapsaddle produced more than 3,000 different illustrations for the International Art Publishing Co., in New York City, starting in 1895. Funded by her employer, she spent several years in Germany, the center of the high-end publishing world, where she worked with engravers and printers in the world’s best printing plants. Clapsaddle is said to have established Wolf Publishing, backed by the Wolf Brothers—a full subsidiary of the International Art Publishing Co. 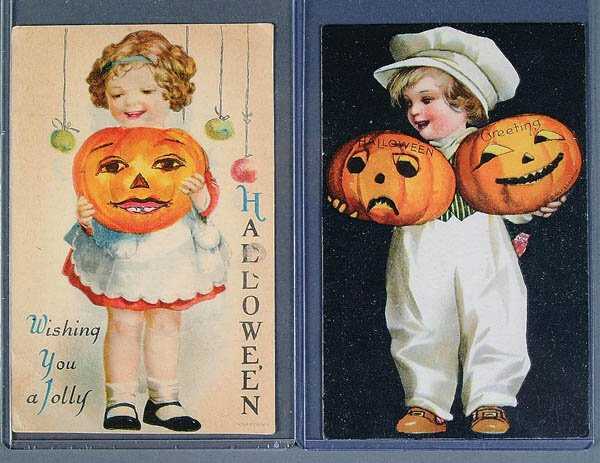 The postcard-publishing boom ended about 1914 when World War I interrupted production in Germany. Many German factories were destroyed, and an untold number of Clapsaddle’s original artworks may have been lost along with her investments in those firms.

Today, more than 100 years after their creation, postcard illustrations by Ellen Clapsaddle are still popular and very collectible, but it is her charming portrayals of children as Halloween ghosts, witches and jack-o’-lanterns that resonate the most with collectors. The survival rate of these ephemeral artworks is a testament to her talent and broad appeal. Most of her postcards are available within the $10 to $50 range.

Apart from the colorful and embossed postcards, there are postcards known as mechanicals, examples that have a moving part within the illustration. They are highly sought after by collectors. 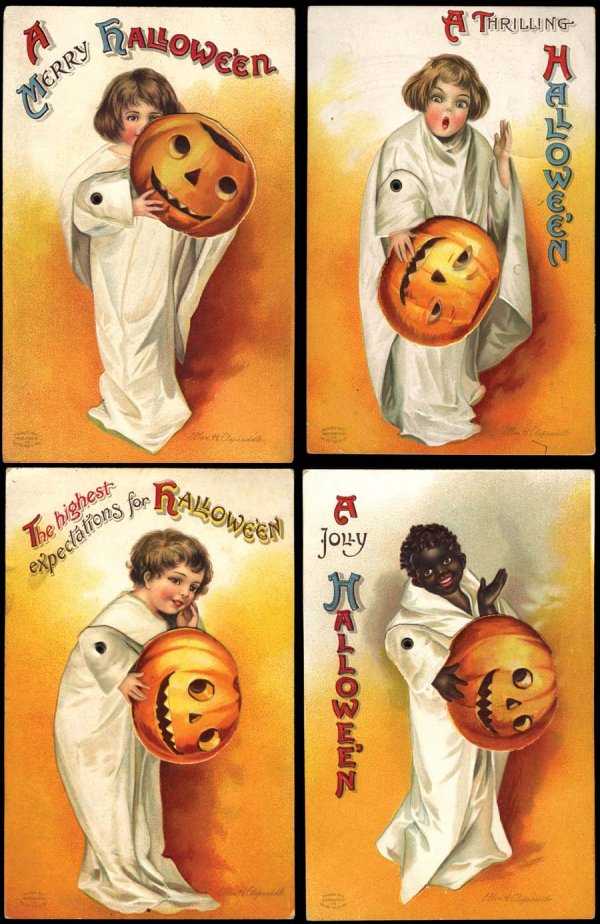 A complete set of Ellen Clapsaddle illustrated postcard Series 1236, circa 1913. These are examples of mechanical postcards in that the child’s hand moves the pumpkin to cover the face. The set sold for $2,400 in 2007. Image courtesy of LiveAuctioneers Archive and Lyn Knight Auction

Most postcards illustrated by Clapsaddle are signed beneath the illustration. There are some designs that are unsigned, but even so, Clapsaddle’s distinctive depictions of the joy, innocence and fun of Halloween are unmistakable. 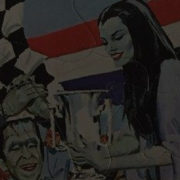 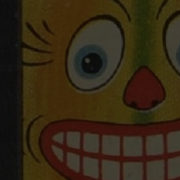 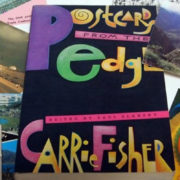 How To Start A Postcard Collection 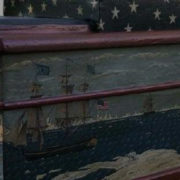 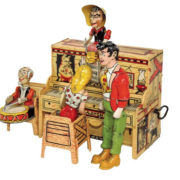