NEW YORK – “Ink was black, in inkwells and bottles, in the past. It would get all over your fingers because it would run and flow relentlessly,” wrote Alain Badiou in Black: The Brilliance of a Non-Color. 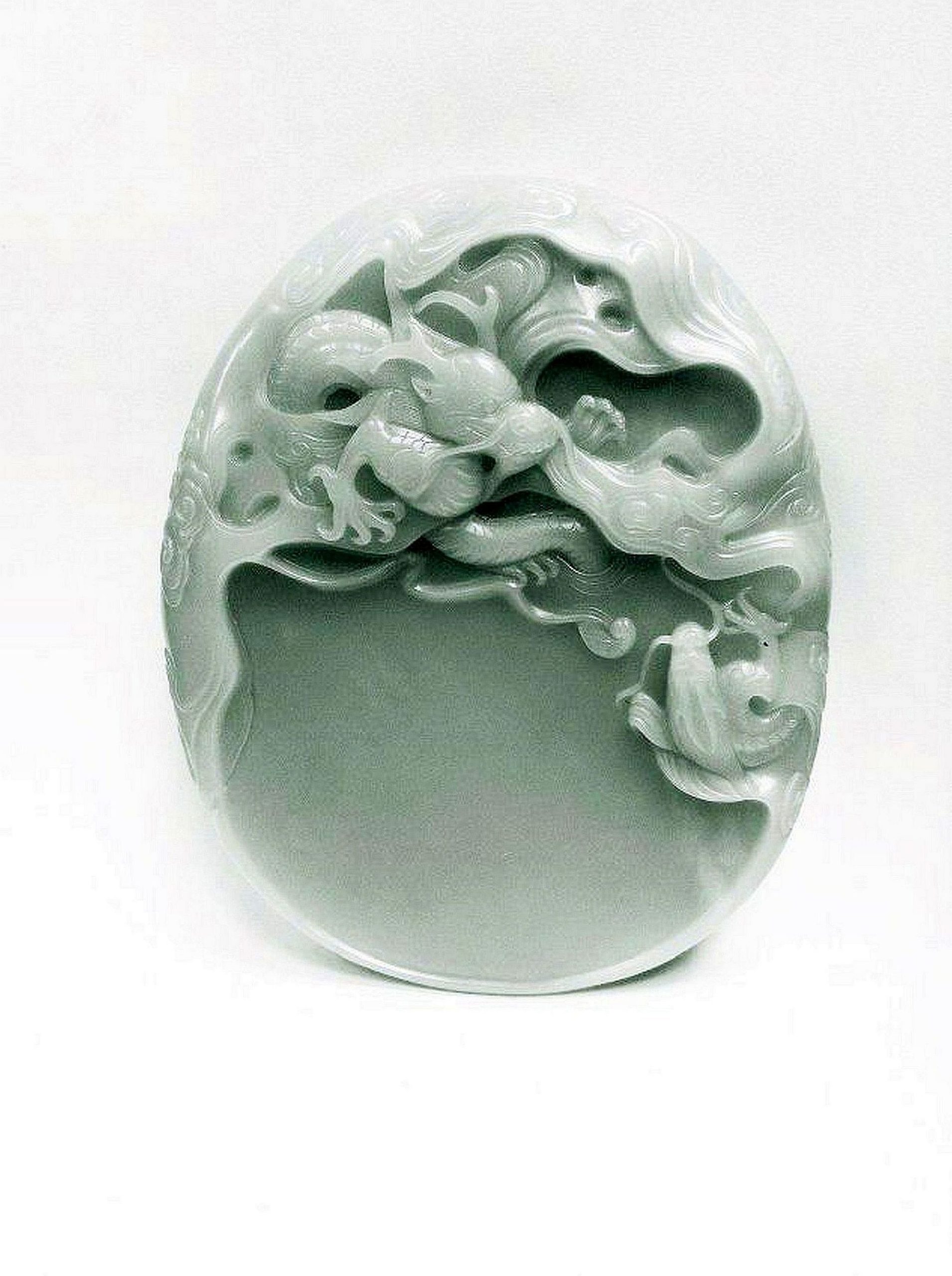 During the Middle Ages, when writing was deemed a lowly craft, European scribes and scriveners copied texts with quill pens fashioned from goose, eagle, hawk or swan wing-feathers. Because their flexible, sharpened nibs offered unmatched ease and precision, they particularly suited parchment and vellum work. Their brownish iron-gall, black “India ink” and bright naturally dyed inks were stored in inkhorns or practical pots deep enough to accommodate these quills. 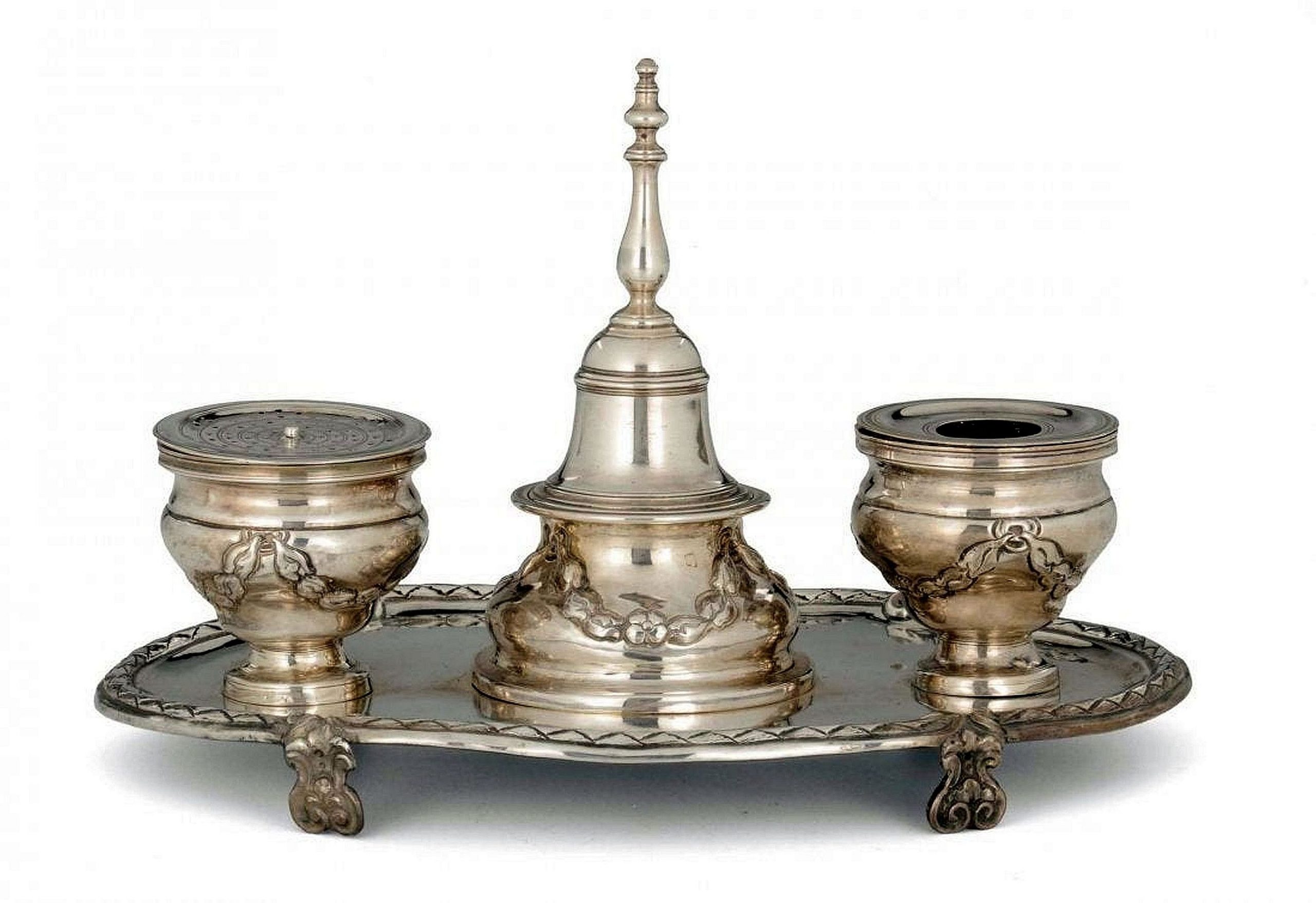 Small wells, which held several ounces of ink, were generally square, rectangular or faceted. Larger ones were domed or shaped like capstans, mechanical devices used aboard ship to move heavyweights. Other sizeable wells featured sloping sides and flat, stable, wide-bottom bases. All, large or small, were lidded to prevent contamination, evaporation and spillage.

The wealthy, instead of inkwells, often acquired lavish desk standishes, known today as inkstands. These shallow rectangular, circular or oval trays, crafted in silver, gilt-bronze, onyx, brass, inlaid wood or porcelain, were the ultimate in writing luxury. In addition to matching wells, many featured grooves to store writing instruments and perforated “sand” shakers or pounce pots. Their fine- ground cuttlefish-bone powder, when sprinkled, not only smoothed rough, “unsized” paper. It also prevented ink from smearing. 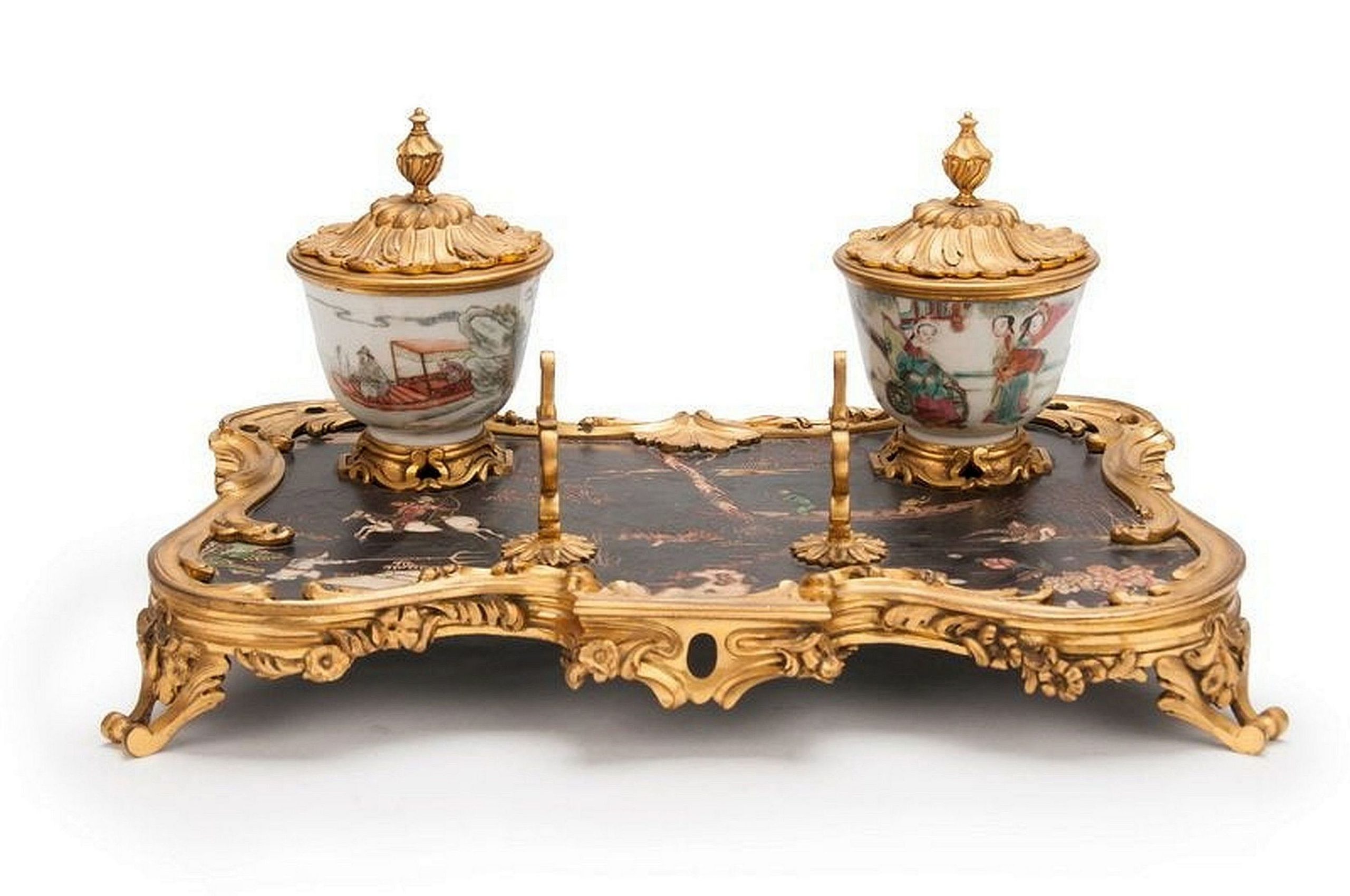 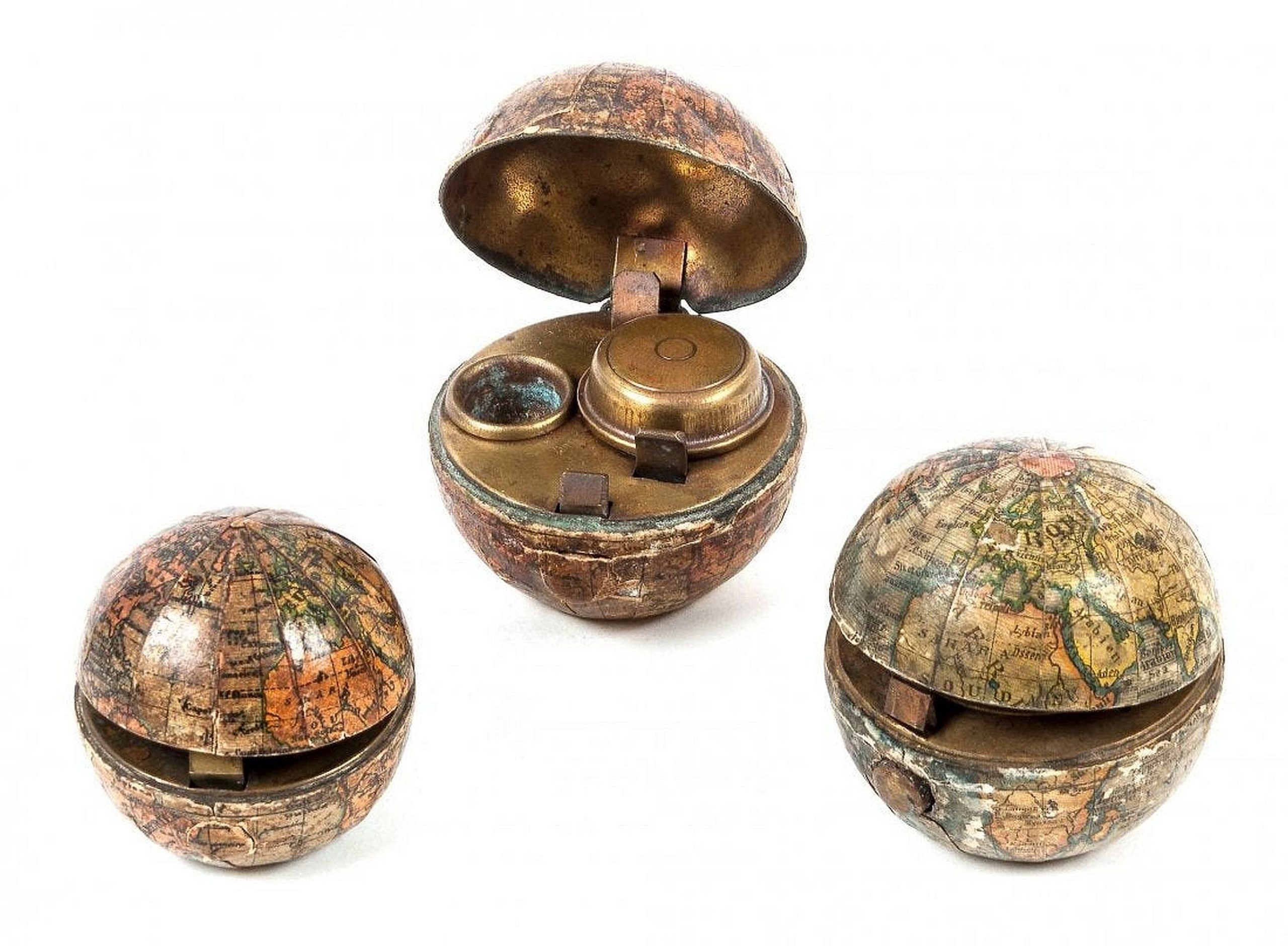 Innovative dip-pens, featuring small capillary-like channels and interchangeable mounted-metal nibs, replaced quills in the early 1800s. Every few words – for want of a reservoir, they had to be re-dipped in wells. Each dip could prove perilous. Nibs, falling off, could sink in the ink.

As European steamship and train travel increased, dressing cases (hand luggage) in addition to toiletries and writing implements, were often fitted with glass or rubbery, non-breakable gutta-percha ink wells. On the other hand, wells resembling the Liberty Bell, the Arc de Triomphe or the Eiffel Tower, made enviable souvenirs. 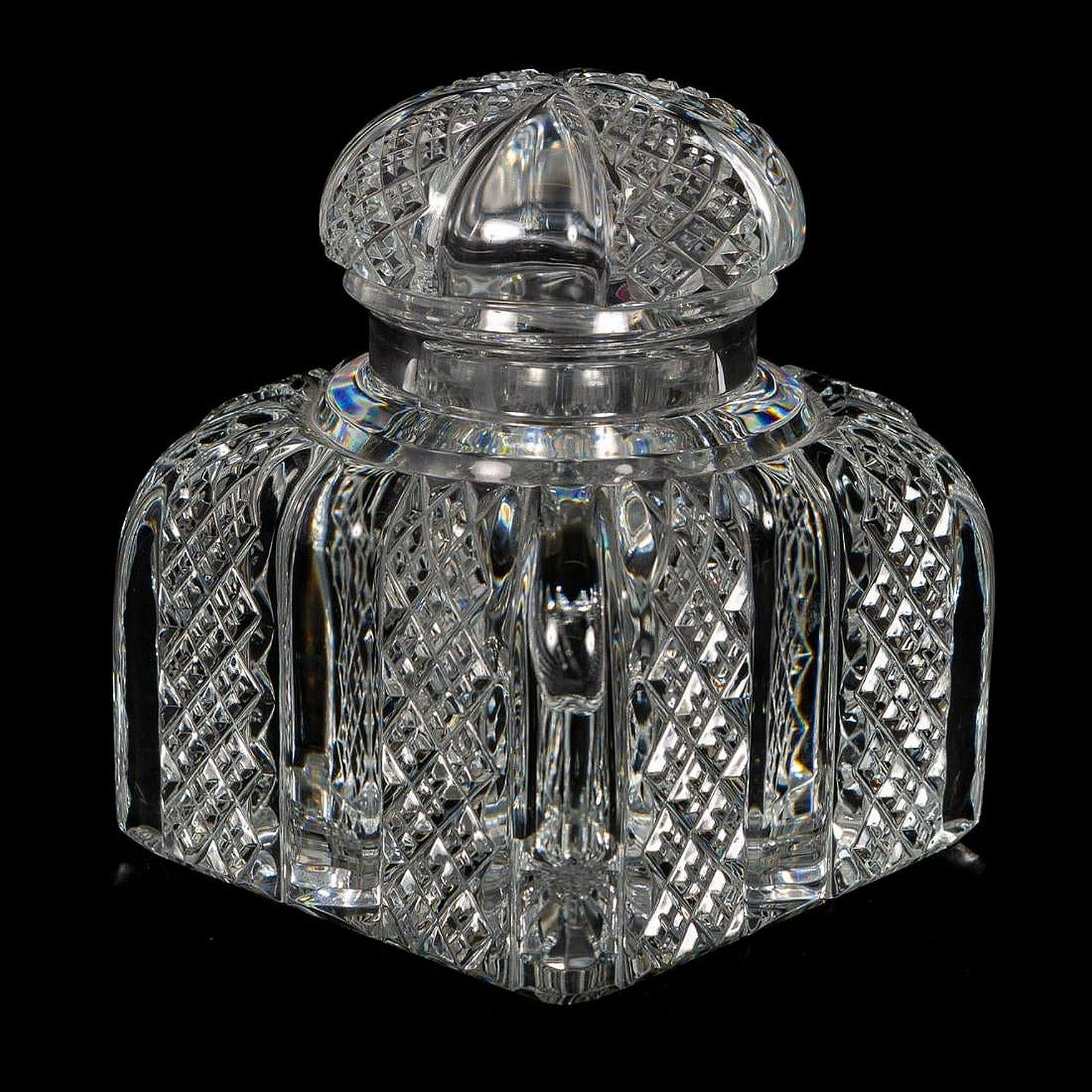 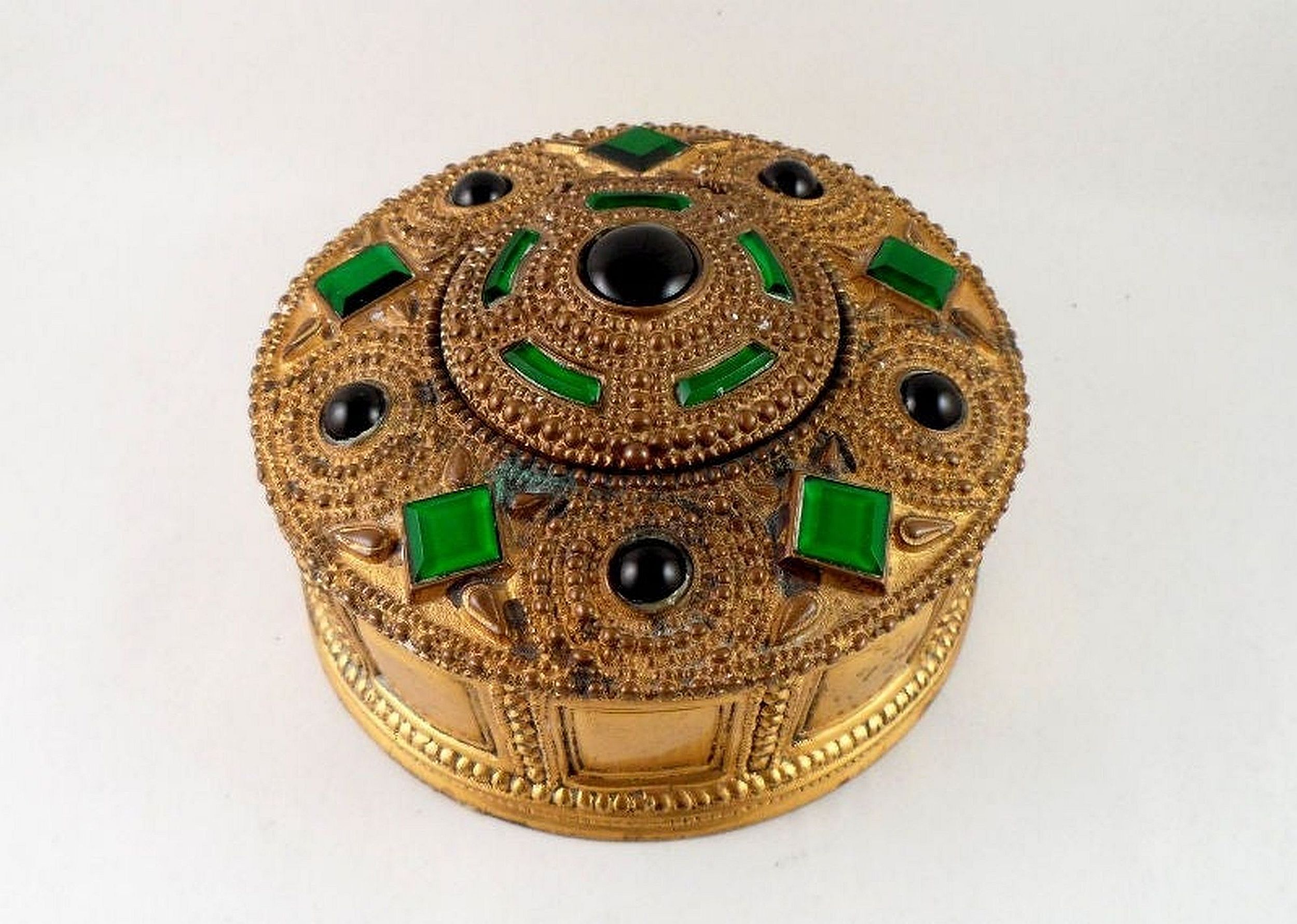 The advent of the Waterman fountain pen, which prevented ink-reservoir overflow, eventually spelled the end of decorative ink wells. Though ink no longer runs and flows relentlessly, collectible wells embody art, fashion and a world of literature. Each also evokes those intimate moments when writers put pen to paper. 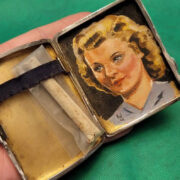