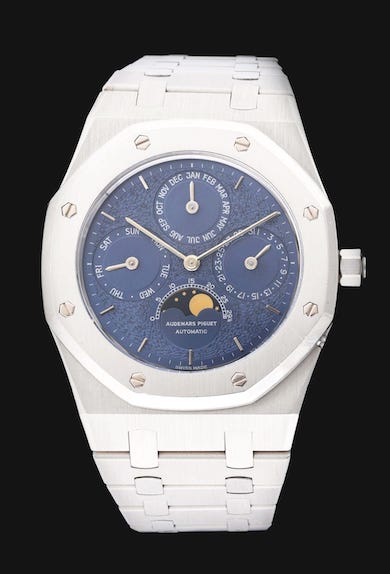 Many people have probably never heard of the luxury watchmaker Audemars Piguet, let alone own one of its products – but make no mistake: the venerable Swiss-based firm has been wowing users and collectors for nearly 150 years, from its launch in 1875 until the present day.

The company was founded by Jules Louis Audemars and Edward Auguste Piguet, childhood friends who reconnected when they were in their twenties, as both had entered the business of watchmaking. Early on, Audemars was creating complex watch movements for other manufacturers, such as Tiffany & Co., and Piguet was specializing in the regulation of watch movements.

The two men partnered in 1875, with Audemars in charge of production and technical tasks and Piguet in charge of sales and management. In 1881, Audemars Piguet et Cie was officially founded, with operations based in the Swiss village of Le Brassus. From that point forward, Audemars Piguet was an industry innovator, introducing the world’s first minute repeating movement for wristwatches (1892), the first skeleton watch (1934), and some of the thinnest watches in the world, such as the 1986 automatic tourbillon wristwatch, the Calibre 2870. But in the 1970s the firm developed what would become its signature line of wristwatches for decades to come: the Royal Oak. 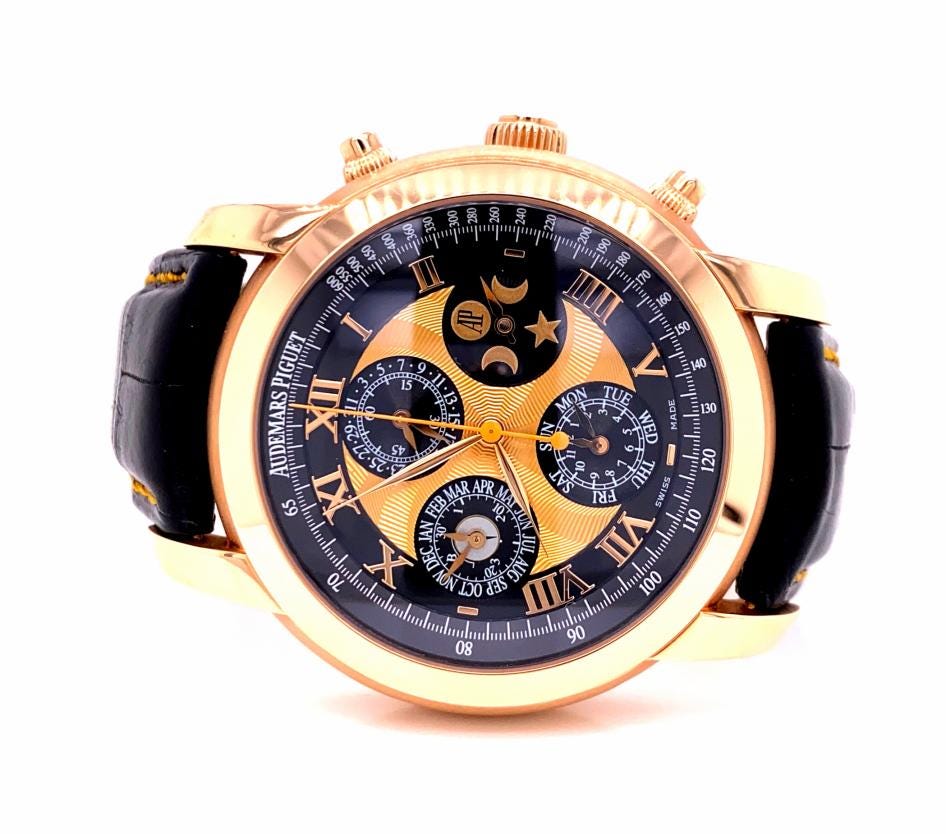 Audemars Piguet 18K rose gold perpetual calendar chronograph watch, one of 100 made to benefit a charity. It sold for $28,290 at GWS Auctions in October 2019.

“Watch collectors in the know will tell you when they think of Audemars Piguet, the words Royal Oak come straight to mind,” said Tyler St. Gelais of Jones & Horan, the New Hampshire-based auction house specializing in antique and vintage watches, clocks, jewelry, and coins. “The Royal Oak was designed by Gerald Genta, the famed designer for Audemars in the 1970s. It is considered by most to be the first luxury sports watch. Genta designed the Royal Oak to look like an antique diving helmet, with its visible screws and octagonal faceted bezel.” 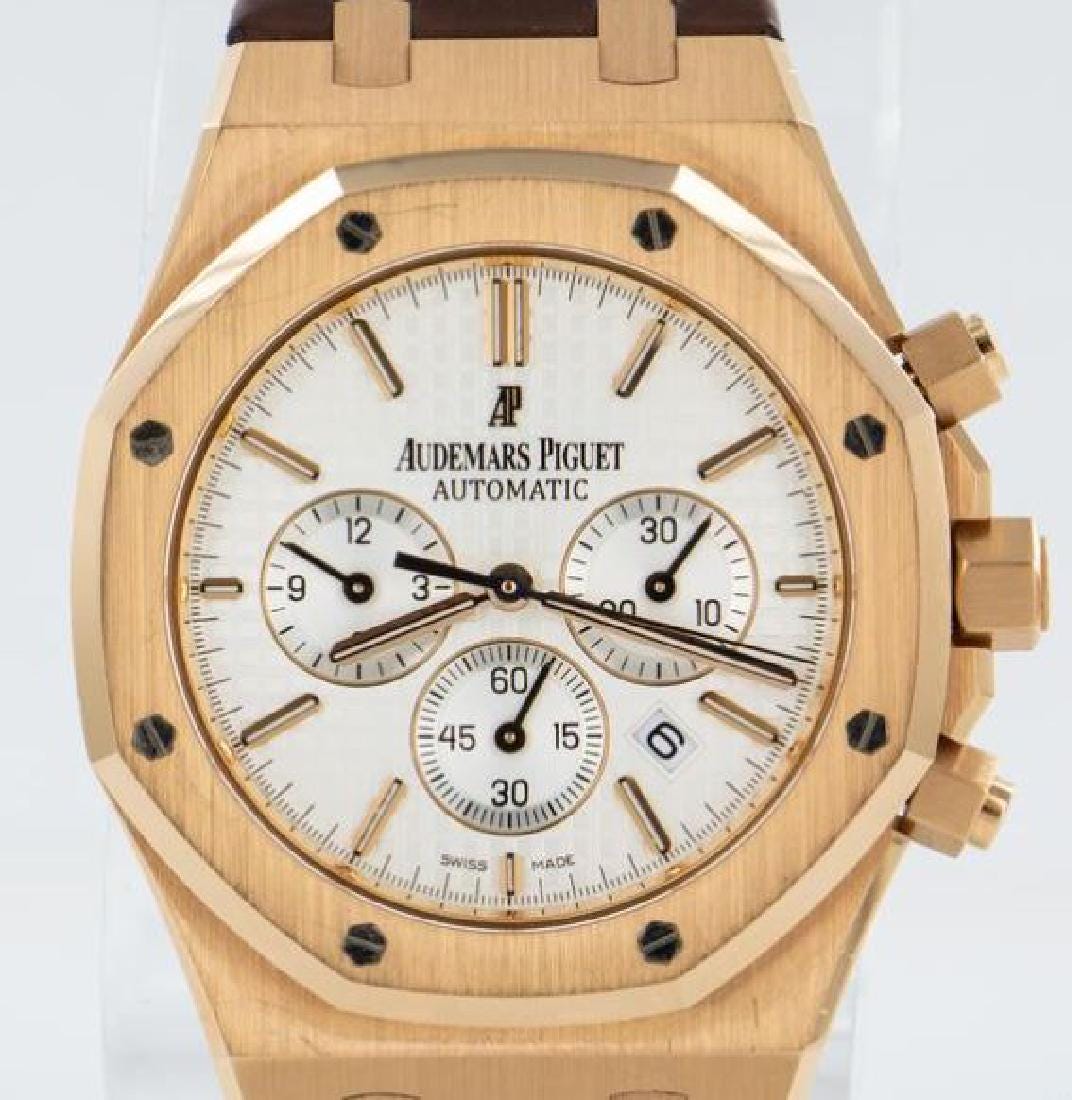 Today the Royal Oak is considered a classic, but it wasn’t the instant success many believe it was. “Its launch coincided with the start of the age of quartz watches, which saw the dominance of Swiss watchmaking brought to its knees,” St. Gelais said. “Over an 18-year period, from 1970 to 1988, 1,600 watchmaking firms collapsed, to just over 600 total. During that time, many makers banded together to create quartz movements to compete with the Japanese, but the effort was futile and many longstanding companies either closed their doors or merged to create more stable conglomerates. This gave rise to the Swatch group, among others.” 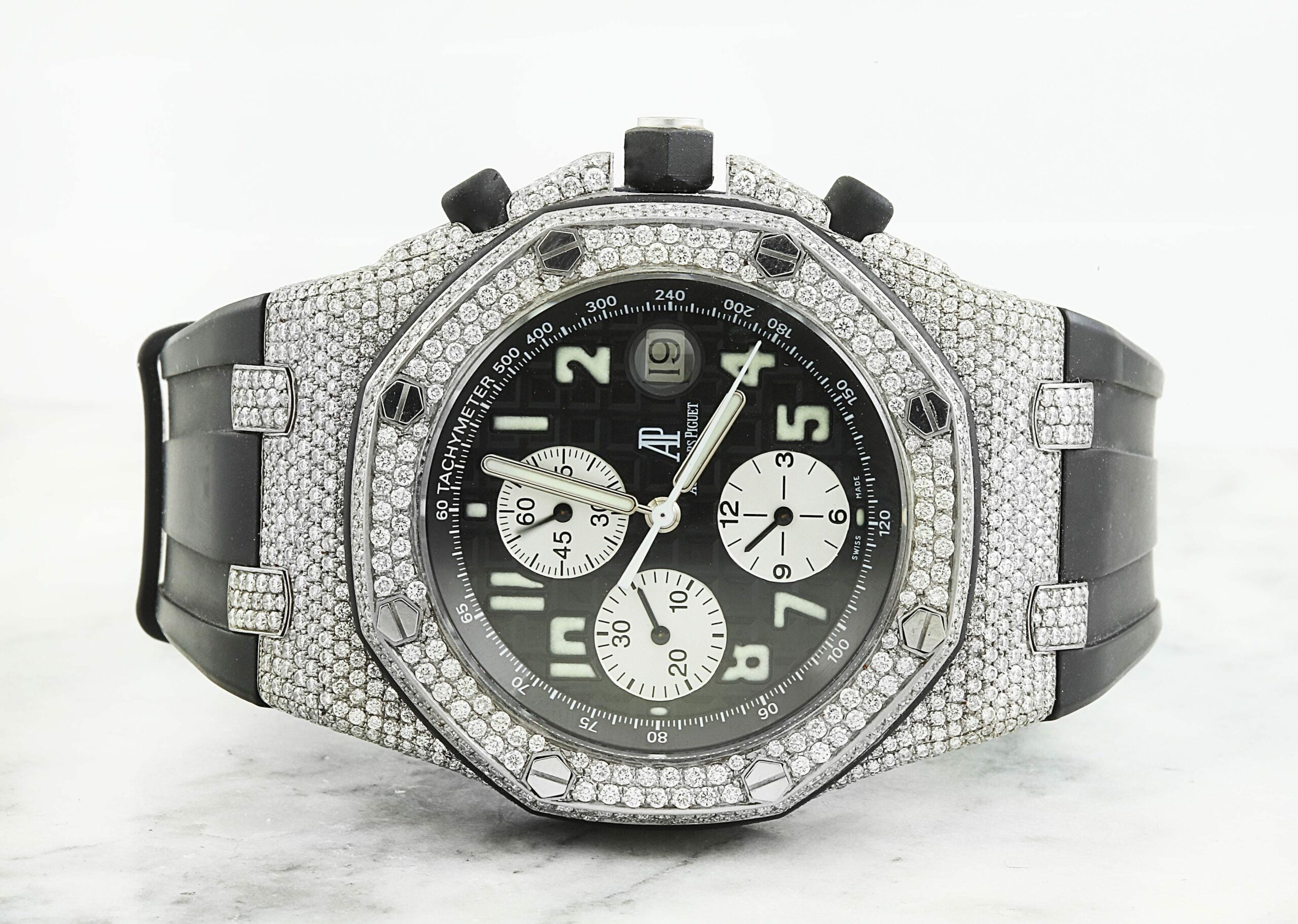 Audemars, keeping true to form, saw quartz as a fad and kept working on incredibly intricate and complicated mechanical movements. They knew great watches weren’t just about timekeeping but the romanticism of a truly mechanical piece set to one purpose, versus the soulless tick of its battery counterpart. During the late 1970s, at the height of the quartz crisis, Audemars released the first automatic perpetual calendar, considered by most to be the epitome of complication. This watch was able to adjust from long months and short months, as well as adjust itself for leap years every four years. If the watch were able to run indefinitely without the need of repair or fresh oil, it could do so for 100 years. 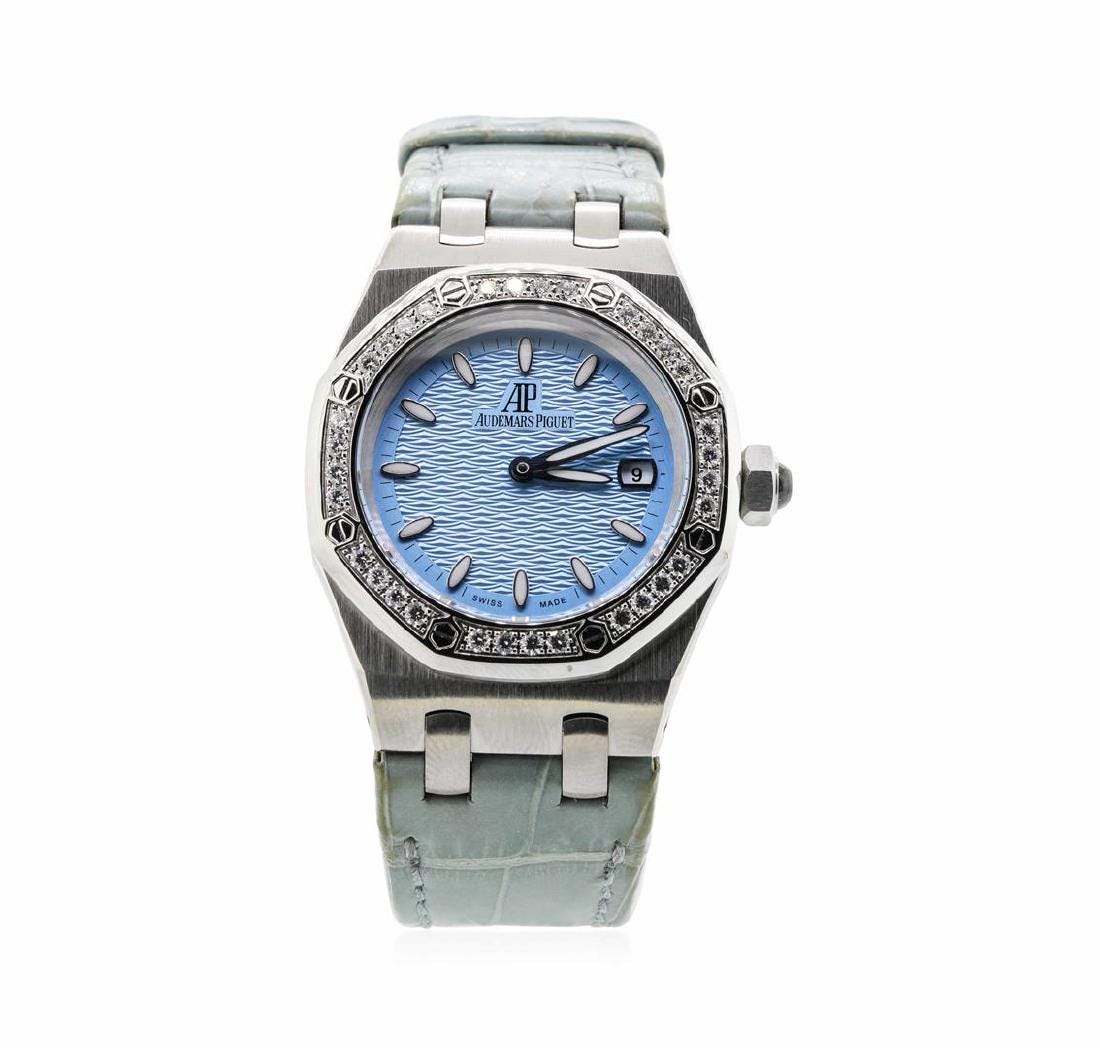 In terms of market value, Audemars watches are “all over the place,” St. Gelais said. “The entire watch market has been in a free climb in price since the mid-2000s, which has seen early Royal Oak models from the ‘70s go from stainless models below $20,000 and some two-tone models from below $10,000, to stainless models regularly selling for prices in excess of $75,000 and two-tone models in excess of $50,000. On the flip side, a plain hour minute dress watch from the 1950s through ‘70s or ‘80s has plummeted in value, with prices in the $1,500-$3,000 price range, making them easily accessible to most collectors.” 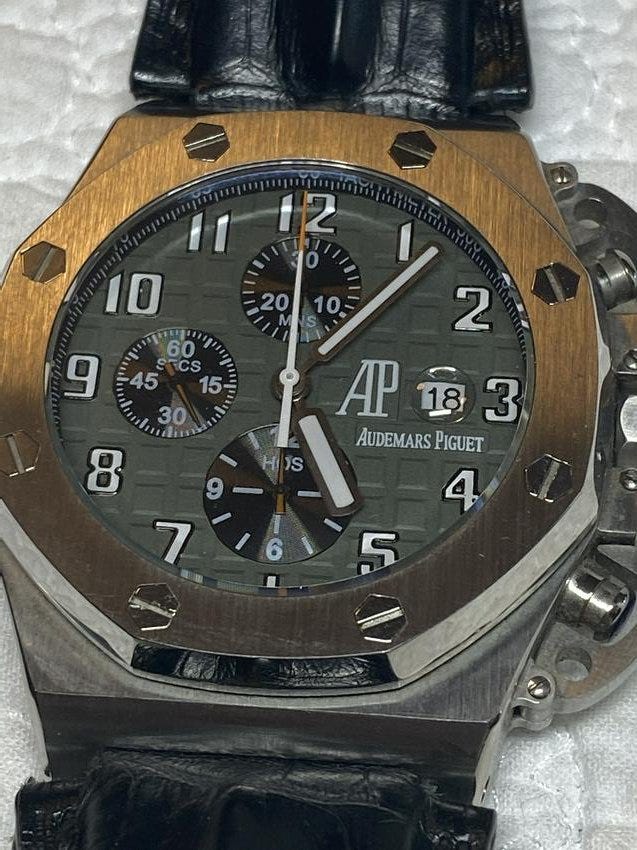 These changes in value are not limited solely to Audemars Piguet. “Folks are looking more toward sports watches today in larger sizes, whereas dress models from years gone by are just not desirable in today’s market,” St. Gelais pointed out. “This is true for the other members of the ‘Holy Trinity’ – Vacheron & Constantin and Patek Philippe. For the future, I see no limit to the vintage original Royal Oak models, with collectors viewing these pieces as wearable art. The sky is the limit, with smaller dress models likely to stay affordable to the average collector for years to come.” 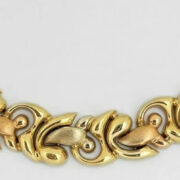 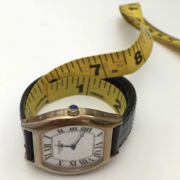 How to measure jewelry and watches like an expert 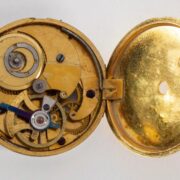 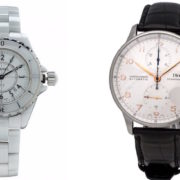 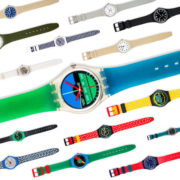 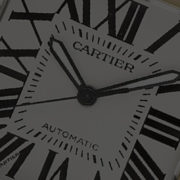