NEW YORK – In Himalayan and Indian art, the mandala is an important tool for meditation and visualization. In brief, a mandala is essentially a circular construct to diagrammatically represent the universe and typically features a deity or deities. They are highly precise and technical and come in many forms from painted ones to architectural mandalas and in the form of lotuses.

Architectural mandalas are essentially replicas of painted mandalas while lotus mandalas are more decorative. For the sake of brevity, in this article we will forgo the painted cloth examples (often referred to as thangkas) and instead focus on sculptural mandalas. These are highly sought after today and are typically crafted in gilt-bronze, silver or a copper alloy. 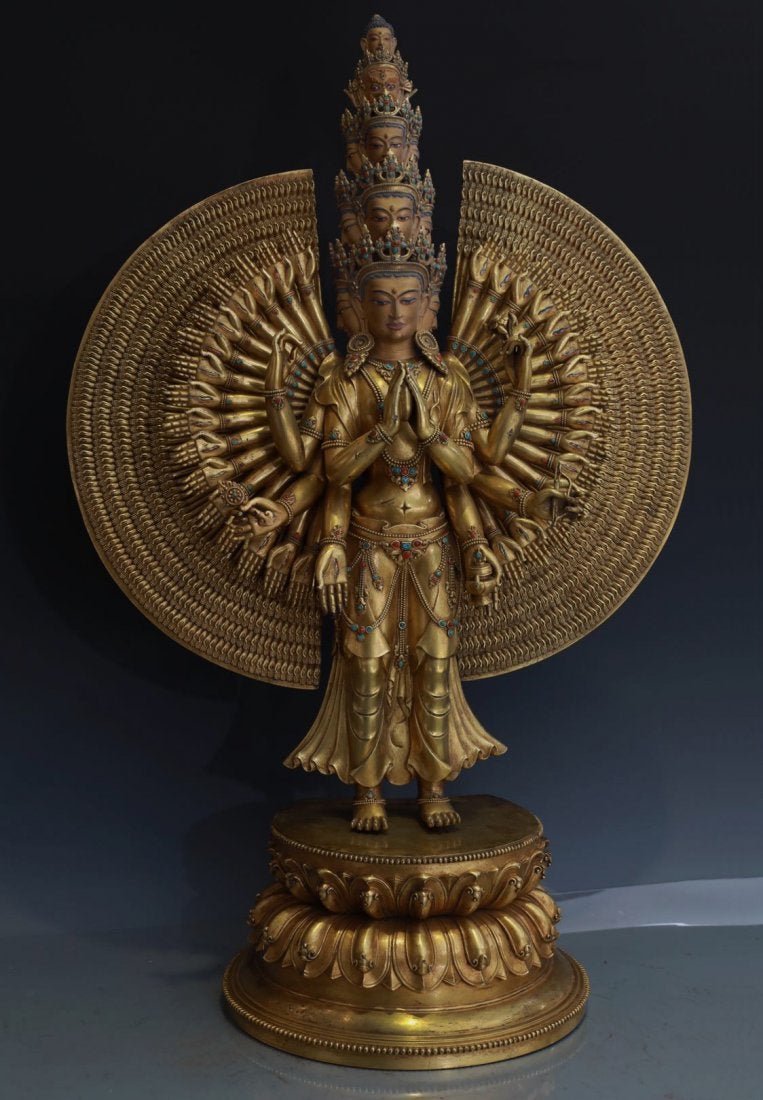 For Westerners, they are collectible as art objects and transcend their original use as a tool for meditation and spiritual enlightenment. After a slump in recent years, the market has rebounded for these objects because of increased demand from both institutional and private collectors, particularly among Chinese and American buyers.

Three-dimensional mandalas run the gamut from those having a large figure of a deity atop or in front of a round mandala to lotus-form mandalas that open up their petals to reveal images of deities within a celestial abode. This polychromed copper alloy mandala, representing a lotus mandala that symbolizes the celestial environment of the deity Chakrasamvara with his consort Vajravarahi, sold for $325,000 at Bonhams New York in December 2019. Noting that most mandalas in Tantric Buddhist art are painted or ephemeral sand creations, the auction catalog says, “Rare sculptural mandalas, such as the present lot, are perhaps the most fascinating kind, constructed with a mechanism to open and close the lotus petals around the central deity.”

These bronze lotus mandalas probably originate to the Pala period in Northeastern India (8th-12th century). Sculptural lotus mandalas had a resurgence in China in the 15th century, catering to Ming imperial styles. The British Museum has a mandala in the form of an articulated pomegranate made in China during the Qing Dynasty. At its center, the mandala has a tutelary deity embracing his prajna (wisdom party) surrounded by 20 lesser deities. 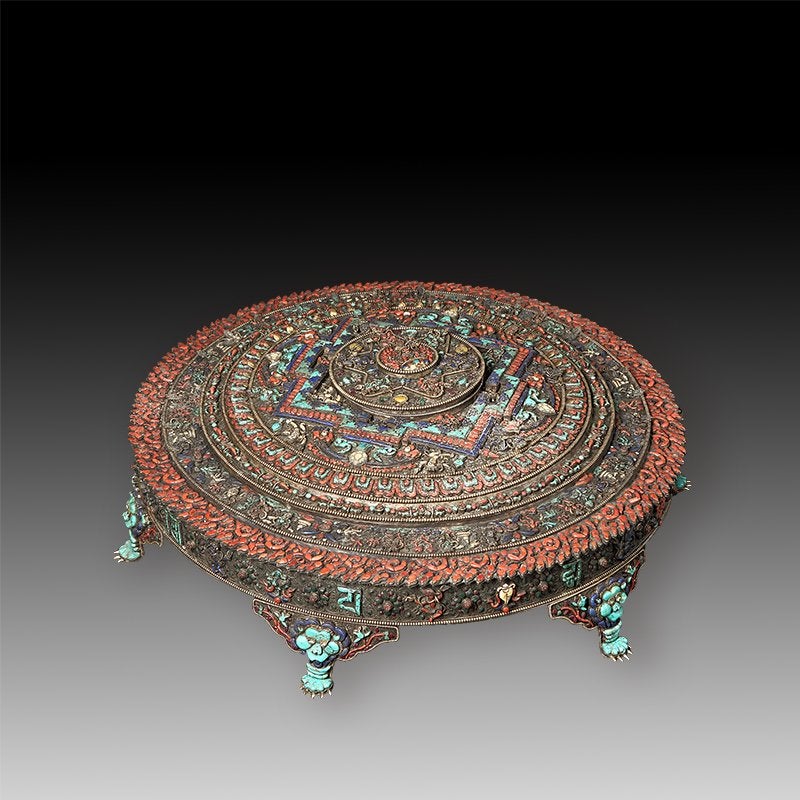 Sanjay Kapoor, owner of Kapoor Galleries in New York City, said, as with most antiques, the earlier examples are more desirable than later ones as they are harder to find. “There is no hard-and-fast rule [of what collectors look for in mandalas] but the general rule is age, condition, provenance and quality.” he said, adding that it’s very important right now, especially for Indian objects, to be able to show provenance that the object left its country of origin prior to 1972.

Most of these mandals were made by anonymous artists whose names have been lost to history. The few names known today usually come from having a signature on a bronze and being able to attribute a mandala, based on stylistic motifs. What Kapoor admires most about lotus mandalas, for example, is the attention to detail and their realism. “And you have to bear in mind that these guys are carving these in the negative, into wax, so it’s not like they can do it directly on the sculpture. These are all lost wax casts.” 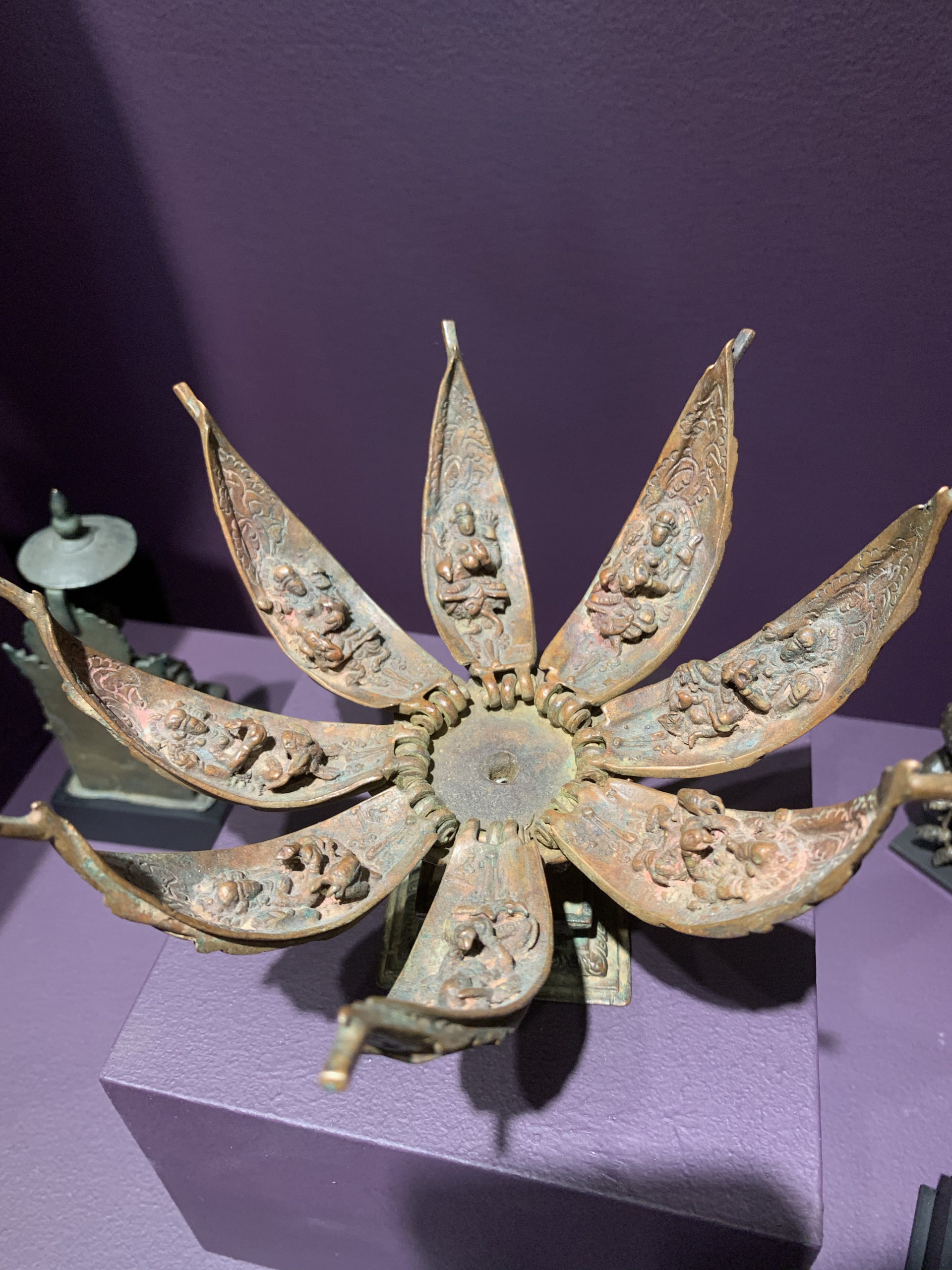 Laura Weinstein, a Himalayan and Indian art scholar and provenance specialist, said new collectors should know that figures often go missing on these mandalas or petals/parts can get damaged, so sometimes a mandala might be restored using parts from other pieces. “It’s important when you are looking at these things to not only look at the sculpture as a whole but to pay attention to the iconography,” she said, noting that even museums like New York’s Rubin Museum, where she formerly worked as a cataloger, has a lotus mandala with the original figure missing. “You want to make sure when you are buying these things that the figures all make sense together. It’s often helpful to look at two-dimensional mandalas in order to verify the iconography makes sense.” When figures become separated, having a knowledge of the figures can help one understand that a particular deity would likely not have been cast in bronze alone and was likely part of a mandala. 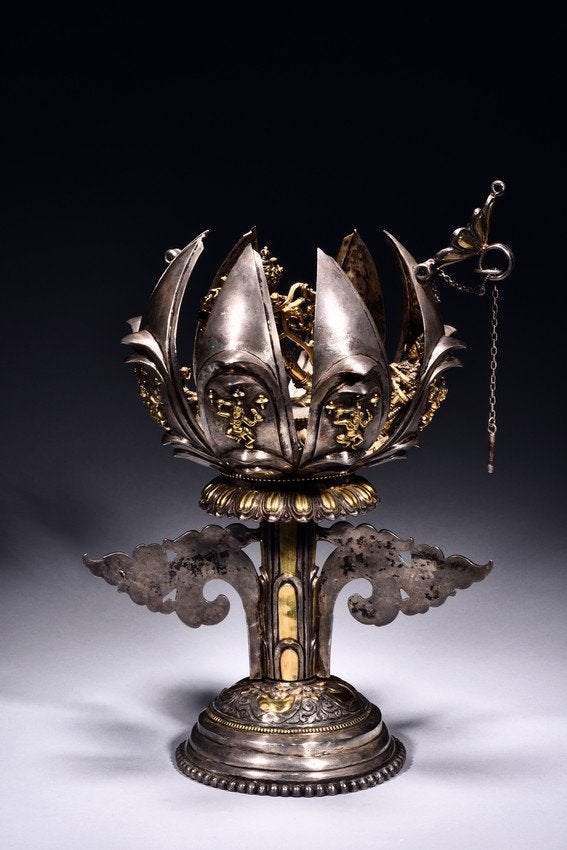 Kapoor said seeing a full mandala in sculpture form is rare and harder to find the older it is. Often you will see them in the form of retinues with figures forming the mandala. “Over time, a lot of the sculpture that you see as individual objects are actually broken pieces of what was once a huge mandala.”

Collectors new to the market should work with experts as mandalas are a complex subject. “It’s not like other fields where you have a signature and a certificate of authenticity,” he said. There are a large number of deities depicted in mandalas and even the figures’ moods from peaceful to wrathful to powerful (with different levels of each) can change its meaning and the setting depicted. Mandalas also are categorized by their shapes, colors and adornments. Collectors need to beware too of a plethora of fakes on the market, made thanks to scanning of authentic museum examples, 3D printing and fake patination. 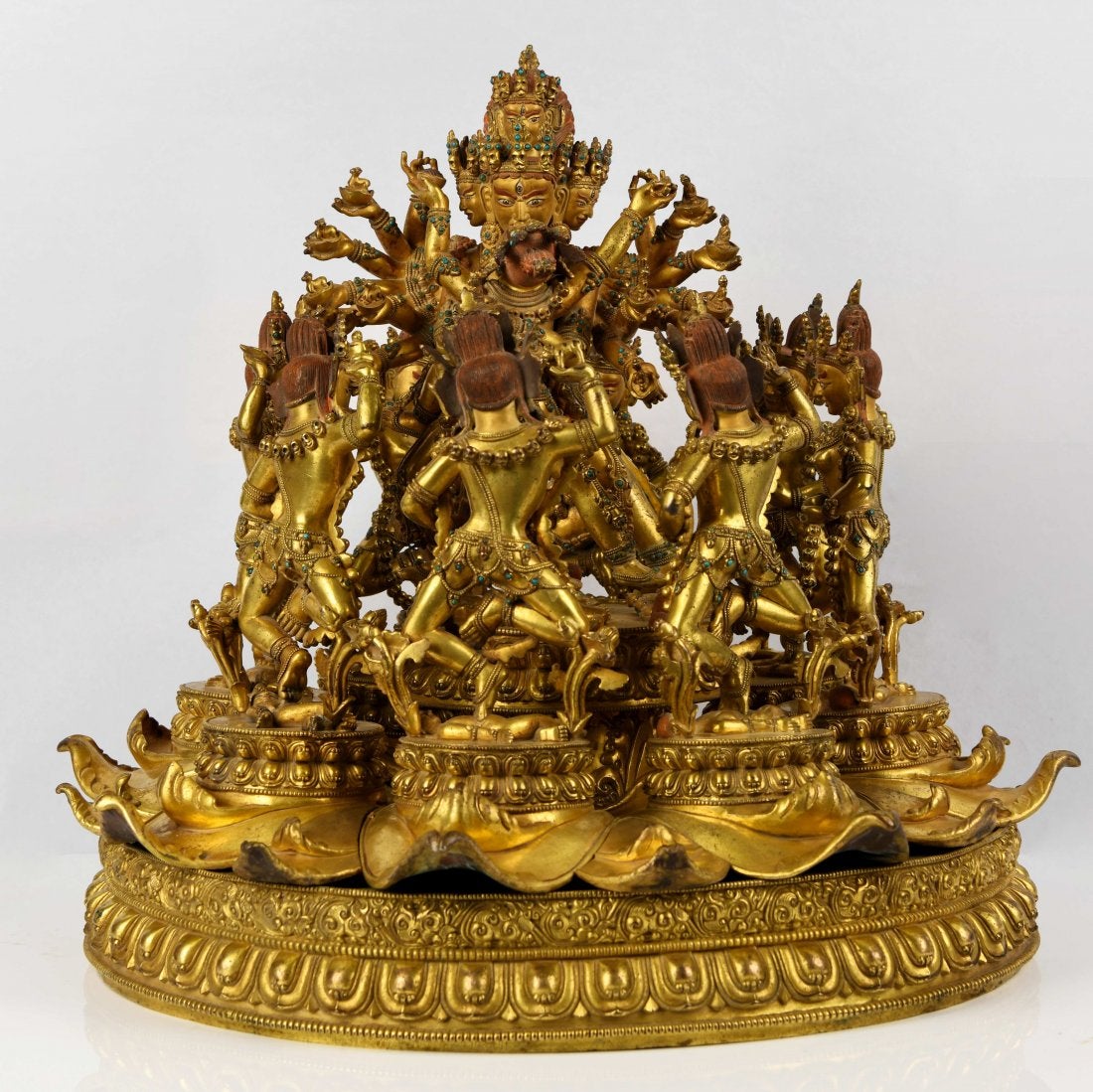 Asked what a good entry point for new collectors is, Kapoor said, “You probably are going to want to start with 18th century gilt bronzes and then go backwards timewise from there to earlier and earlier pieces. You will get a sense of the subjects, the different bodhisattvas, a little bit of the style and then you will learn to appreciate the earlier pieces and have an idea for where the later pieces’ influence came from.”