NEW YORK – The Navajo, who traditionally seek balance and beauty throughout their lives, adore ornamentation, especially silver. So families accumulate all they can afford. Besides, explains Charley B., raised on the “Big Rez” reservation near Chinle, Arizona, “Silver jewelry is given as gifts from birth, then all through life.” 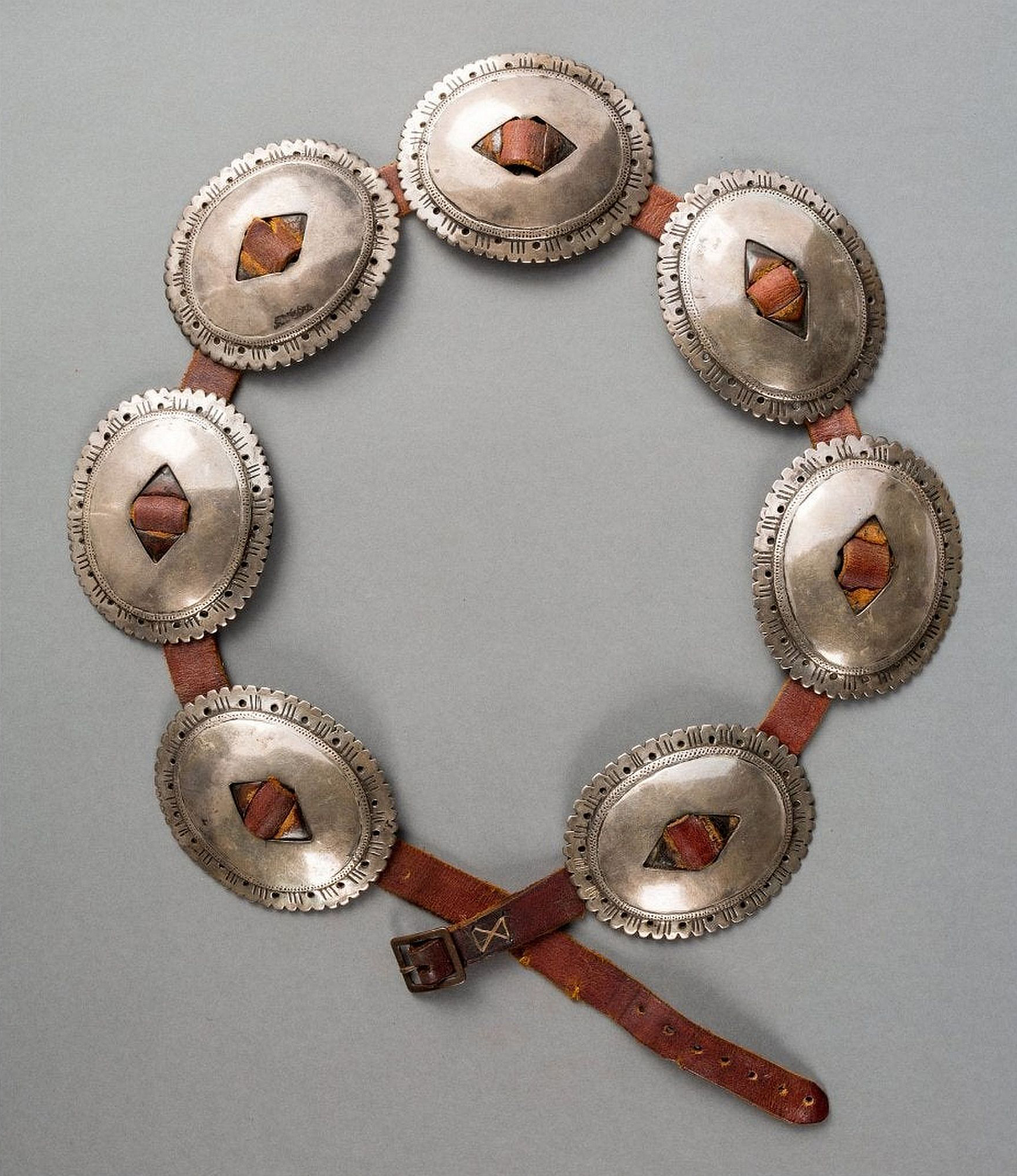 Silver concho belt, commercial leather and sinew with metal buckle, 43in, circa 1890. Sold for $7,000 + buyer’s premium in 2018. Image courtesy of Heritage Auctions and LiveAuctioneers

Yet Navajo silverwork is a relatively new art.

Decorative silver reached the New World in the 16th century, along with Spanish conquerors who decorated their horses with dazzling, silver-mounted bridles. Like the Moors, who had long ruled Spain, they believed that its shimmer averted the Evil Eye. 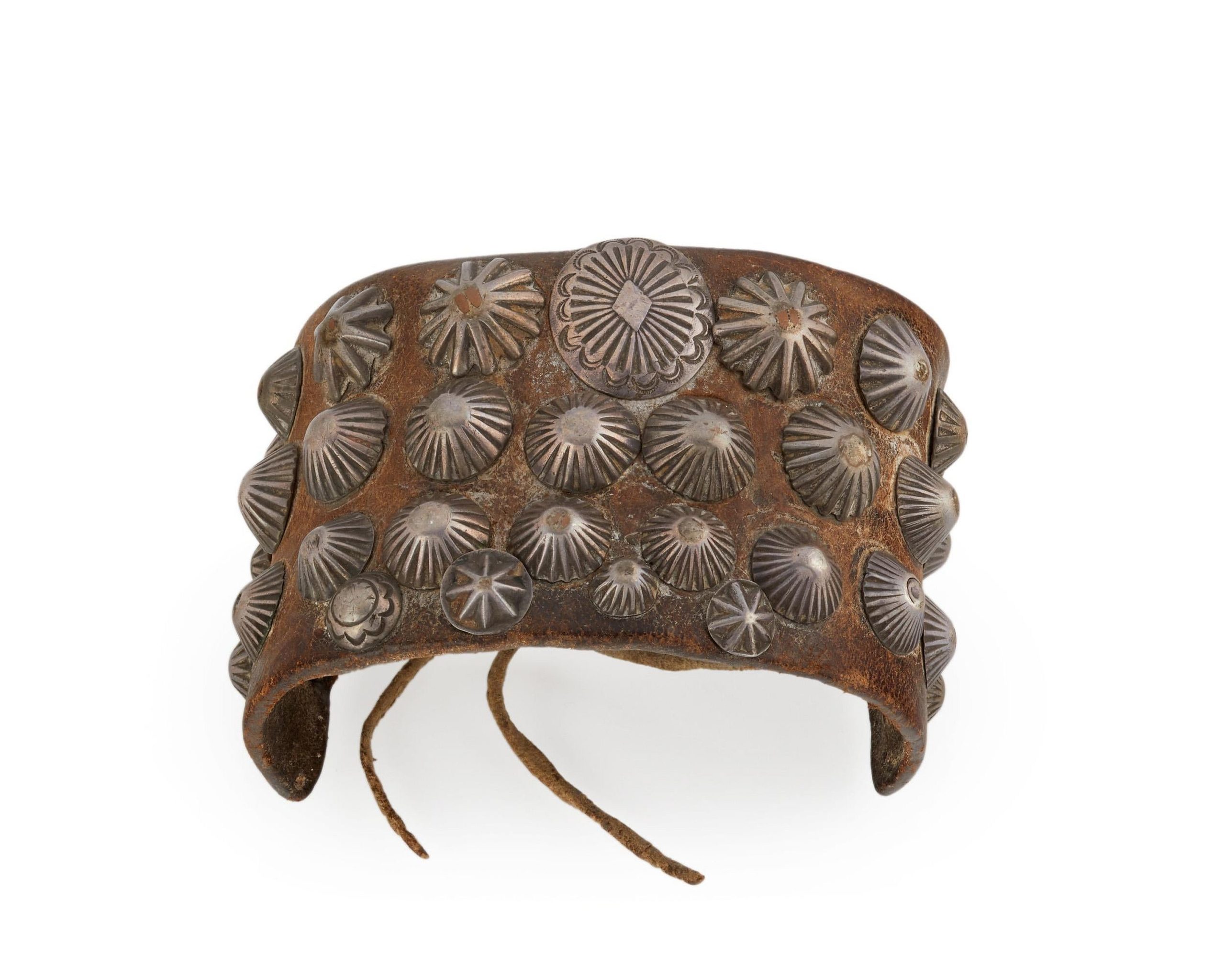 While bands of his tribe were forcibly held at Fort Sumner in New Mexico Territory, he taught them his new-found techniques. By the time they returned to their homeland a decade later, scores had mastered the skill.

Initially, Navajo silversmiths melted American silver coins into ingots over charcoal fires. Then, by pounding them flat, they fashioned bridle bits, belt buckles, and bow guards for themselves, their families, and their community. Many of these early pieces featured simple, stamped geometric ornamentation, accented with filed or chiseled grooves and gashes. Others featured punched, scalloped borders. 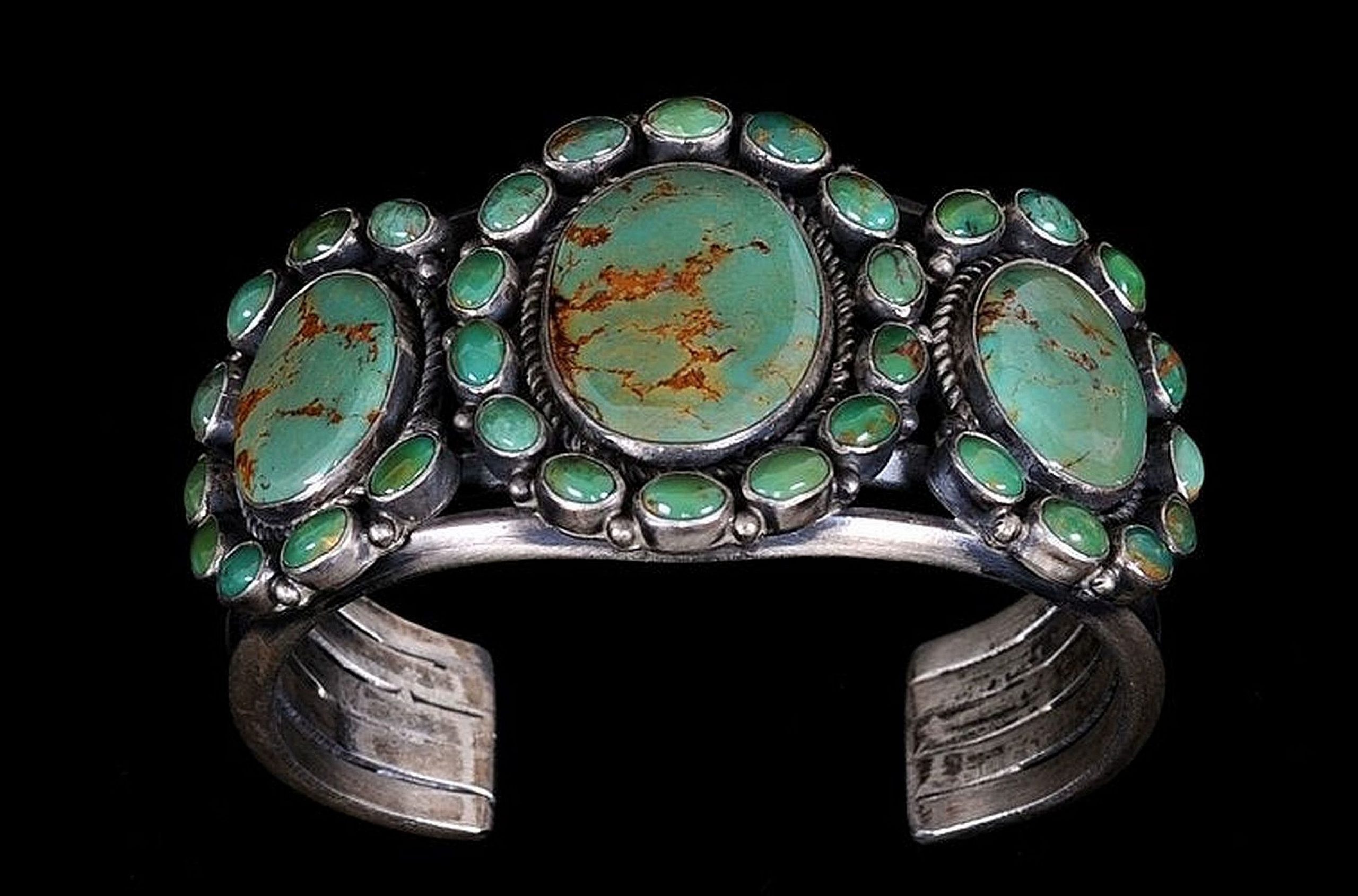 By the 1880s, Navajo silversmith also crafted heavy ingot bracelets and earrings, embellishing some with choice blue or green bits of turquoise. Within a decade, many featured this “sky stone,” believed to offer physical and spiritual protection, more extensively. Yet it rarely overpowered the silver in their designs. 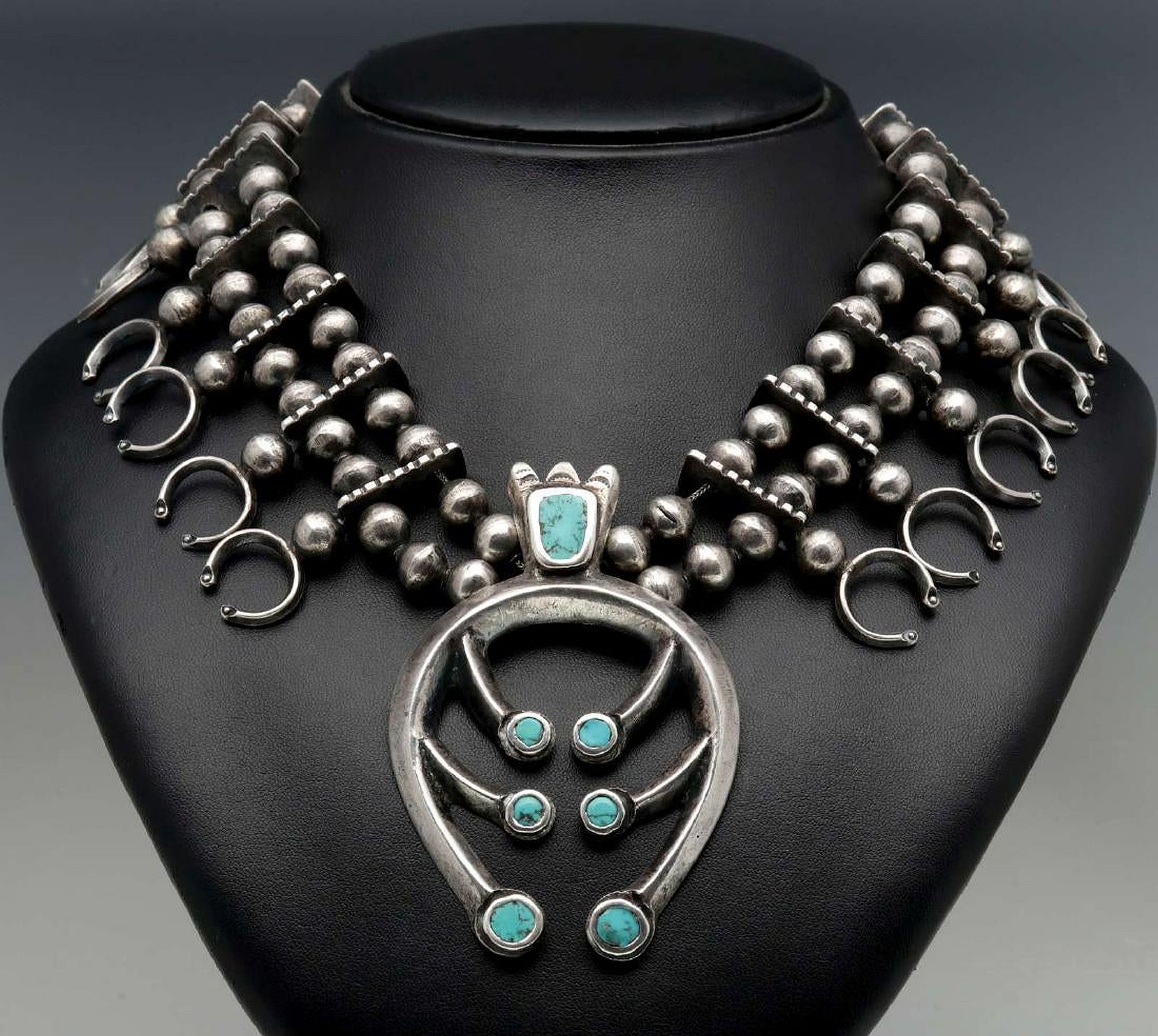 Anglo-American trading posts, established across the Navaho Nation in the 1890s, eased contact with the outer world. Since then, the relationship between trader and Navajo has been mutually beneficial. Traders provide Navajos with needed food, clothing, tools and art supplies. (When the U.S. government forbid defacing American currency, for example, traders supplied silversmiths with pure, soft Mexican pesos instead.) Navajo artists, in turn, sold completed creations to traders, who brought them to market.

From the 1920s, Navajo smiths, now including women, created lighter, smaller, more portable designs for the growing tourist trade. Others, in urban, Anglo-owned workshops, mass-produced similar pieces from prerolled silver sheets and precut components. Yet at the same time, innovative Navajo craftsmen, like Kenneth Begay and Mark Chee, were creating superb pieces for tribal use and retail. Sales fell, however, during the Great Depression. 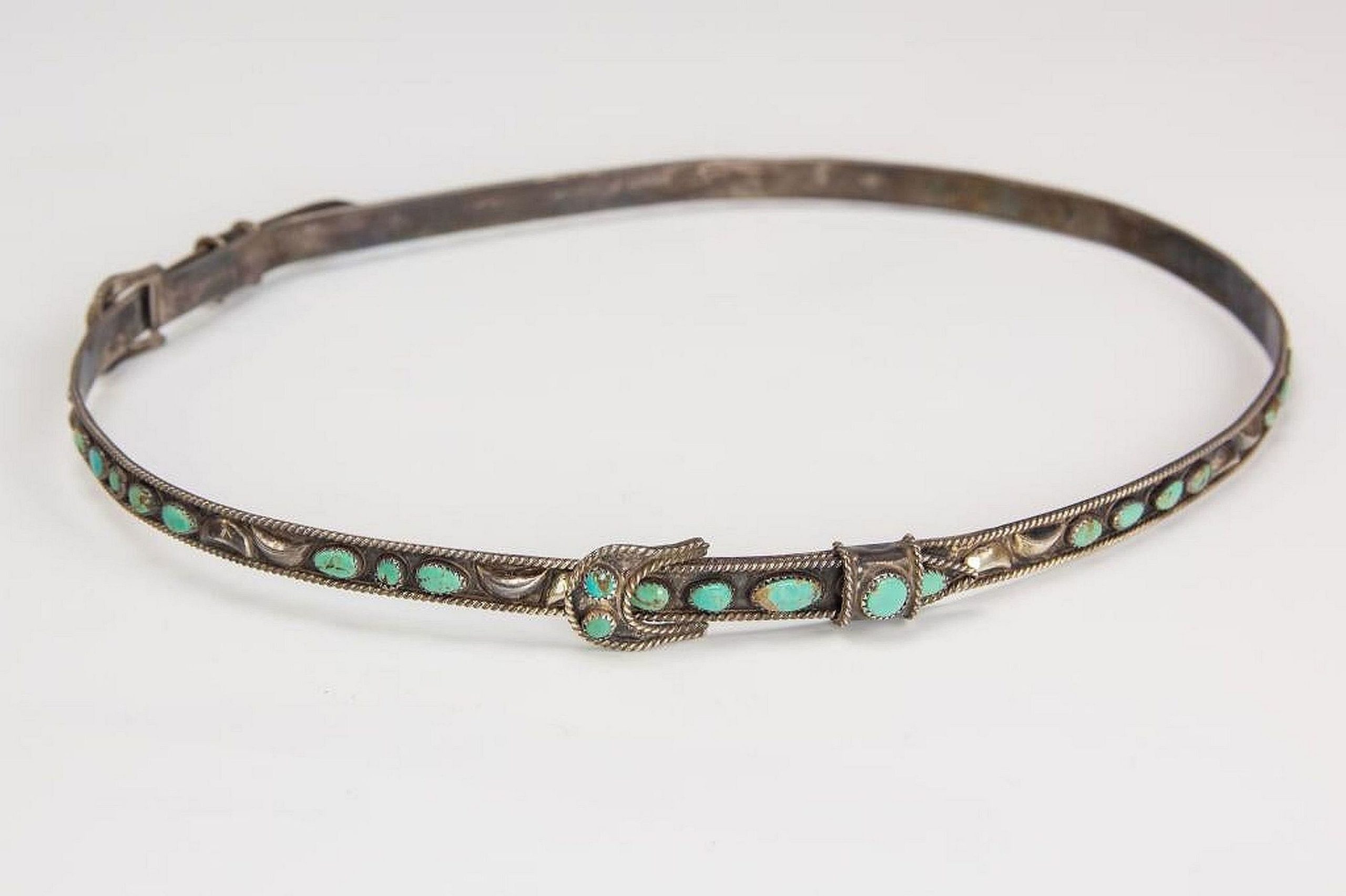 Navajo silver regained popularity in the 1960s and 1970s, as interest in Native American culture rose. Since production did not meet demands, however, prices soared. Yet toward the turn of the century, traditional Navajo silver pieces, along with fashionable watchbands, combs, barrettes, brooches, and earrings were readily available. Since then, master Navaho silversmiths, including Lee Yazzie and Ben Begaye, have combined traditional skills and innate creativity with sophisticated style.

Serious collectors, though, may seek Navajo “old pawn,” silver jewelry that, from the early 1900s, trading posts accepted as collateral on loans for necessities. Even today, women may swap sand-cast or turquoise-studded bracelets for bolts of cloth, redeeming them after their sheep are shorn. Farmers may swap prized concho belts for seeds, redeeming them at harvest home. Others routinely keep all their silver in pawn, “borrowing” it briefly for communal dances and ceremonies. “Stuff changes hands whenever there is a need,” Charley explains. “ Families in the midst of a dispute, for instance, might redeem their entire fortune, then don it to demonstrate strength and independence.” 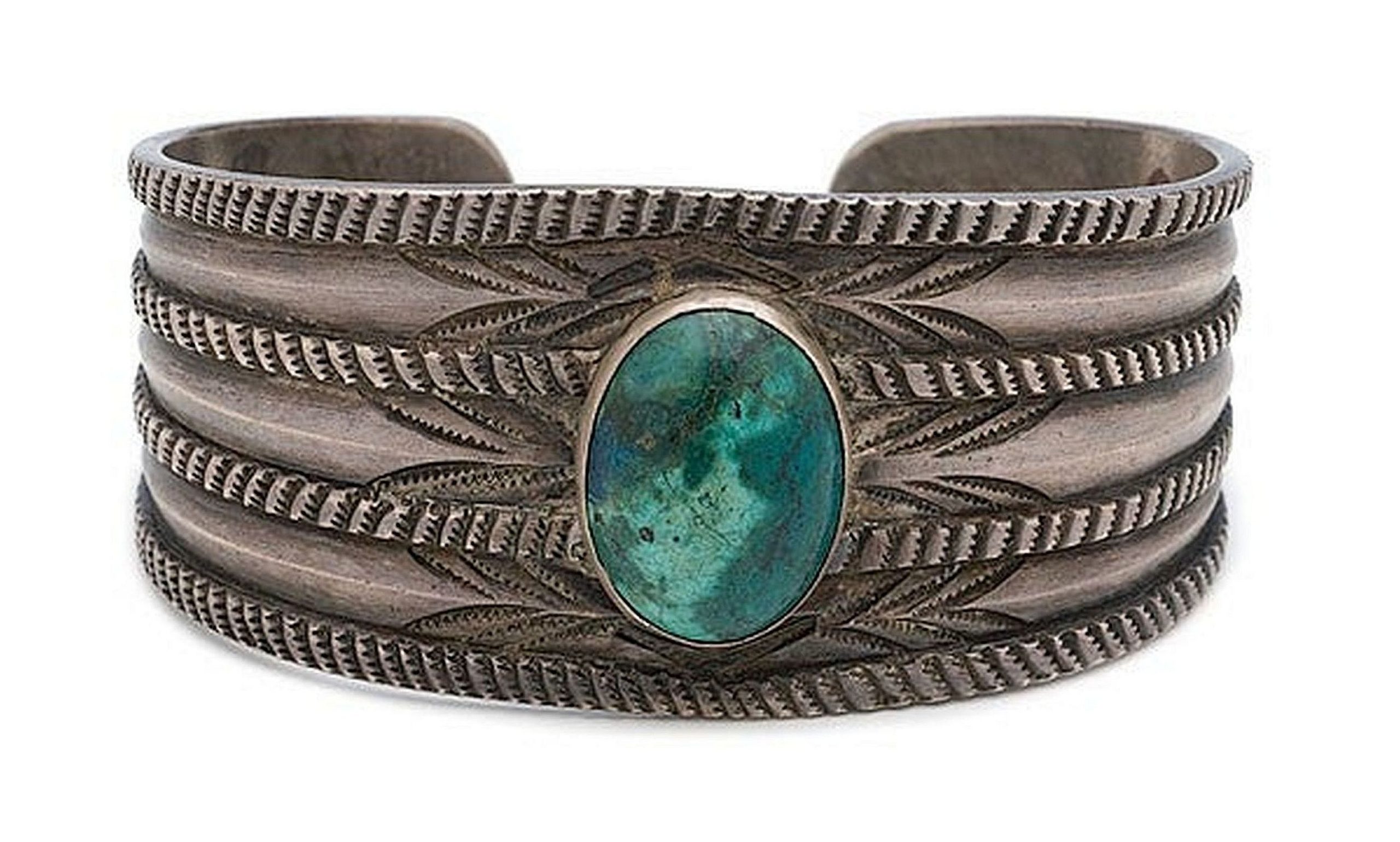 If old pawn silver is not redeemed within the contracted period of time, however, it becomes “dead pawn,” which traders are authorized to sell at will. These historical pieces, which rarely reach the market, are prized not only for primitive style and silver content, but also for their authenticity – unevenly wrought wire, worn edges, crackled silver and crazed, natural turquoise. Some even boast original pawn tickets.

These treasures, created by Navajos for Navajos, reflect not only tribal art and culture, but also a notable time in Native American history. 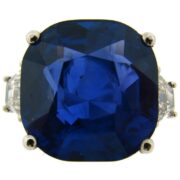 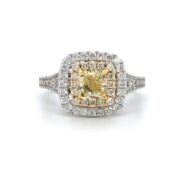 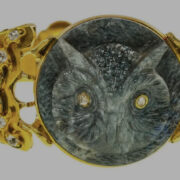 LABRADORITES: REFLECTING THE SHIMMERING BEAUTY OF THE AURORA BOREALIS 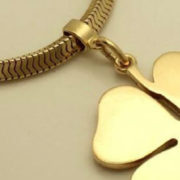 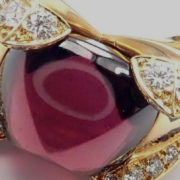