Utagawa Hiroshige, aka ando Hiroshige, was a Japanese artist of the 19th century and is considered the last great master of the ukiyo-e movement. His approach was more poetic and ambient than the typical ukiyo-e style, and his innovative compositions were a great influence to Western painters.

The term ukiyo-e translates to “pictures of the floating world” and refers to a genre of Japanese art with a wide span of imagery such as kabuki actors, folk tales, landscapes and even erotica. This movement was critical in forming the Western perception of Japanese art. 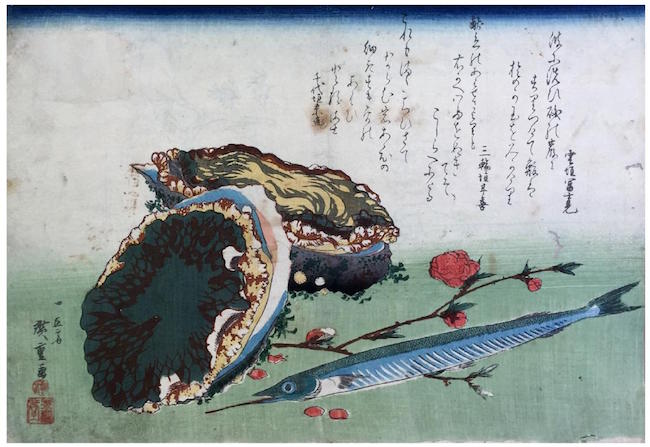 Mountain Road is a traditional landscape scene of mountains and countryside by Gihachiro Okuyama (1907-1981). He was an active participant in both the sosaku hanga movement, which was the avant-garde movement of the 1950s-1970s, and the shin hanga movement, showing a mixture of traditional Japanese and modern Western elements. 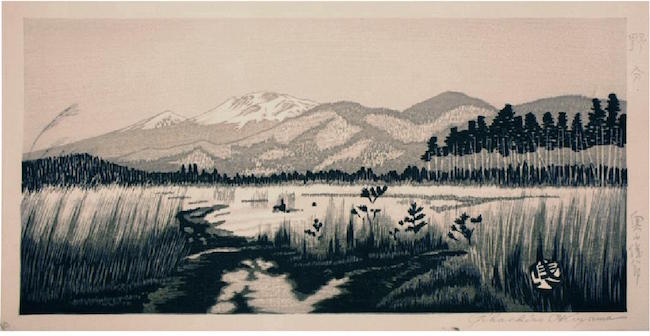 Katsushika Hokusai (1760-1849) was a Japanese artist, ukiyo-e painter and printmaker of the Edo period. He is best known as the author of the woodblock print series Thirty-six Views of Mount Fuji, which includes the internationally iconic print titled The Great Wave Off Kanagawa, created during the 1820s, as well as Mount Fuji Seen From the Sea. 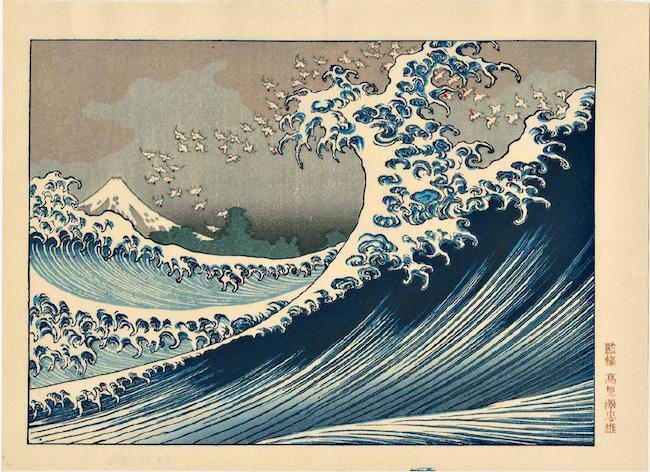 Shiro Kasamatsu (1898-1991) found early success. His prints were seen by Watanabe Shozaburo in 1919, and he published more than 50 prints with them by the late 1940s. He was a part of the shin-hanga movement, which was created from the late Meiji era until World War II, showing a mixture of traditional Japanese and modern Western elements. 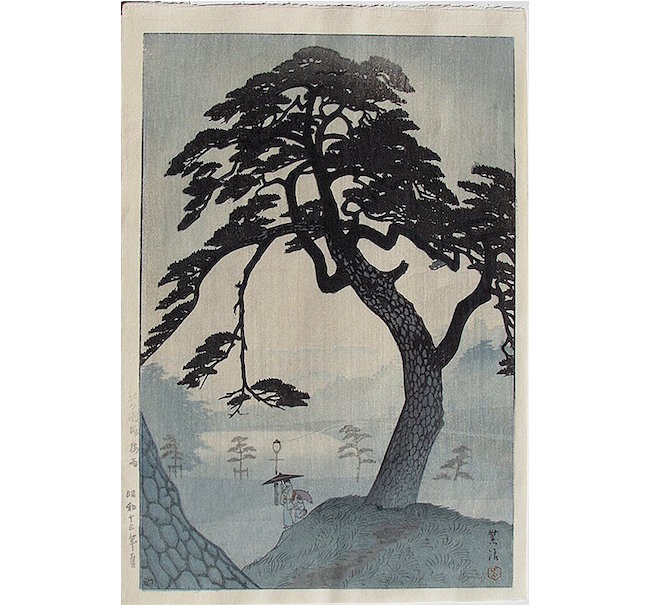 Hiroshi Yoshida (1876-1950) is regarded as one of the greatest artists of the shin-hanga style movement, a movement that was influenced by European Impressionism with imagery focused on landscapes, women and nature. Yoshida is noted especially for his excellent landscape prints. 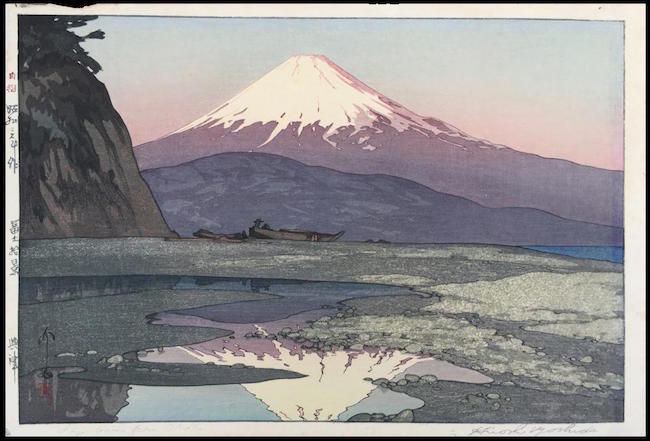 Hasui Kawase (1883-1957) was a Japanese artist and printmaker who also became a prominent figure in the shin-hanga (“new prints”) movement of the early 20th century. His first edition Spring Evening, Ueno Toshogu Shrine from 1948 is a stunning example of his work. 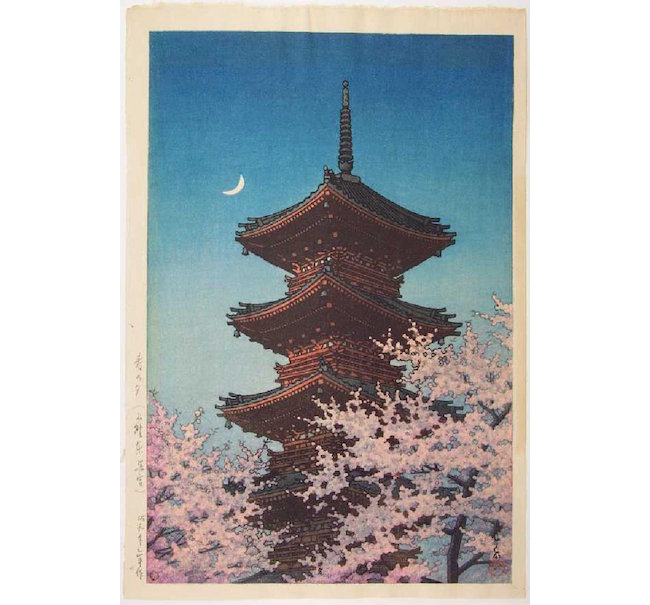 Enjoy this beautiful collection and remember to register to bid. 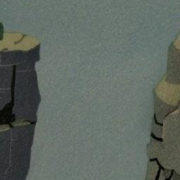 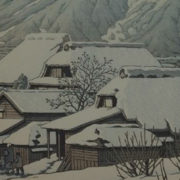 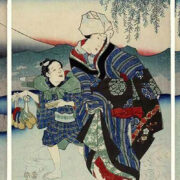