Sports legends of the past and present are recognized in this all-star collection of trading cards and memorabilia. Superstars of pro basketball, football, hockey and baseball are all represented in this curated auction, which truly hits it out of the park and scores many home runs. Read on to review the highlight reel of 6 MVPs from this collection.

One of the sharpest cards in the catalog is a John Tavares 2006 Phenoms card by In The Game, which pictures the New York Islanders captain when he played for the Oshawa Generals at the major junior level. Incorporated in the design is a piece of a John Tavares/Oshawa Generals game-worn jersey. Canadian John Tavares, born September 20, 1990, was selected first overall by the Islanders in the 2009 NHL Entry Draft. This unusual card has a $50-$70 estimate. 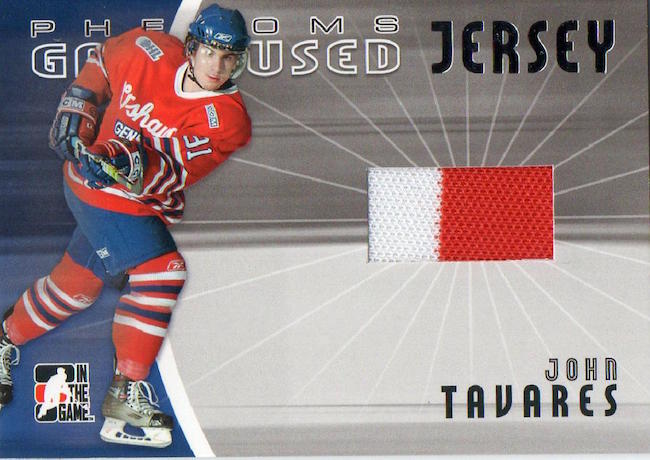 With the NBA season wrapping up, the auction marks the opportune time to reflect on the remarkable career of LeBron James. It doesn’t seem possible that it’s been 14 years since “King James” was the first overall pick by the Cavaliers in the 2003 NBA draft. Offered in this collection is a 2003-04 Upper Deck Victory LeBron James Rookie Orientation Cleveland Cavaliers Card #101, which has an estimate of only $5-$12. 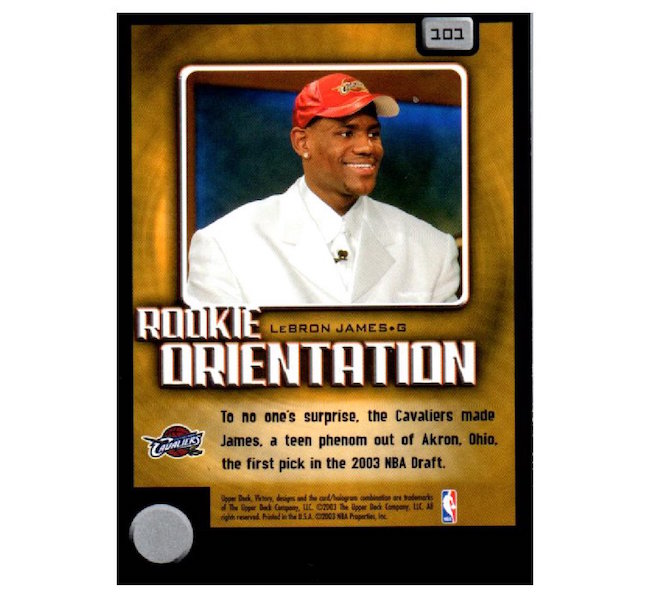 Staying on the hard court, bidders will find a 1990 Fleer of Michael Jordan of the Chicago Bulls, which also has a $5-$12 estimate. Jordan went on to lead the Chicago Bulls to six NBA championships and was named the NBA’s Most Valuable Player five times. He is considered by many to be the greatest basketball player of all time. 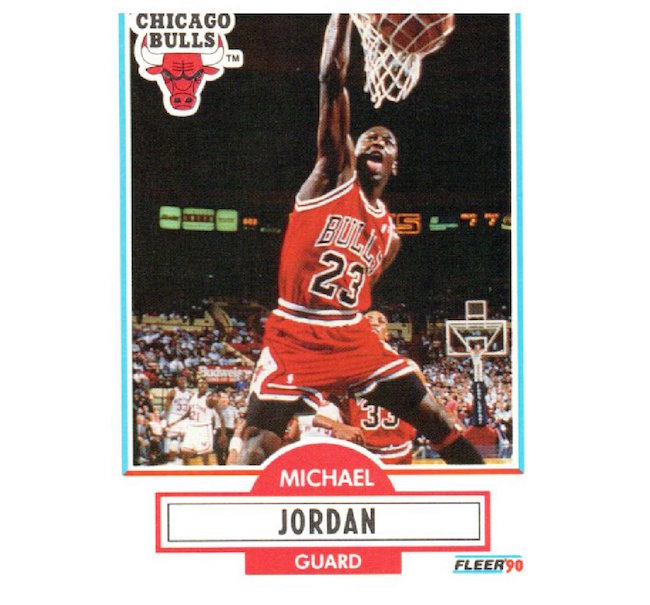 Also featured in the auction is a 1992 Classic Draft Picks, Shaquille O’Neal rookie card, #1, which is estimated to bring $5-$12. Nicknamed Shaq, the 7-foot-1 center won three consecutive championships with the Los Angeles Lakers in 2000, 2001, and 2002 and picked up a fourth NBA championship ring with the Miami Heat in 2006. 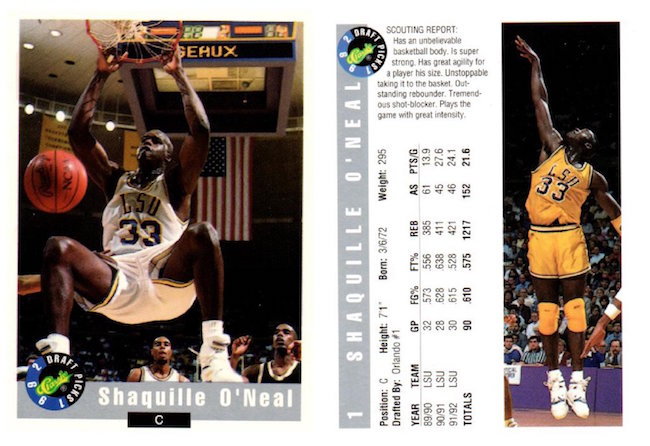 Harking back to an earlier era when the Boston Celtics dominated the NBA is a 1970-71 Topps John Havlicek card, graded BVG 6, which has an estimate of $150-$280. After winning the NCAA national championship with the Ohio State Buckeyes in 1960, Havlicek won eight NBA titles with the Celtics from 1963 through 1976. 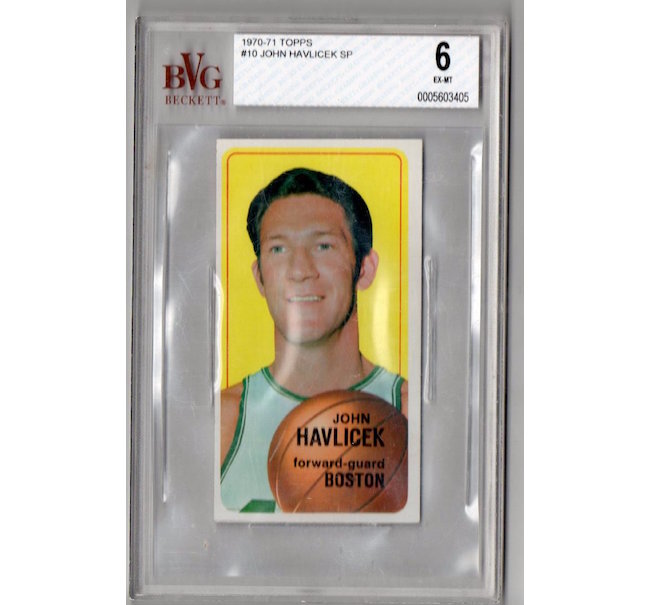 Baseball is not forgotten! Boston Red Sox fans will want to relive the highlights of their unforgettable 2004 season in which they overcame a three games to none deficit to the New York Yankees to win the American League Championship Series and went on to sweep the St. Louis Cardinals to win their first World Series in 86 years. It’s all recounted in words and pictures in the Sports Illustrated World Series Commemorative Boston Red Sox World Champions 2004 magazine, which has a $10-$15 estimate. 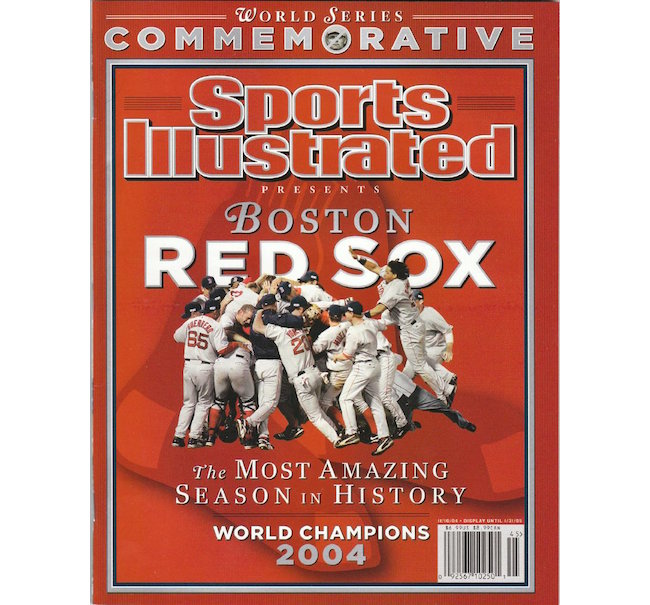 Peruse the full catalog and start adding to your personal sports memorabilia archive. 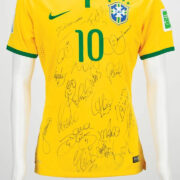 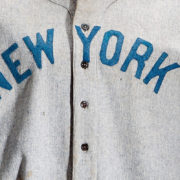 Headliners and heavy-hitters of sports memorabilia

Traveling from Tradition to Modern Through Japanese Prints
Scroll to top