NEW YORK – Wooden butter prints were designed to be neither strictly utilitarian objects nor objets d’art but instead fall somewhere in the middle. Highly carved and ornate yet with handles or edges worn smooth from frequent use, butter prints are curious examples of material culture. In some areas, they are all that remains of a once-thriving dairy industry. 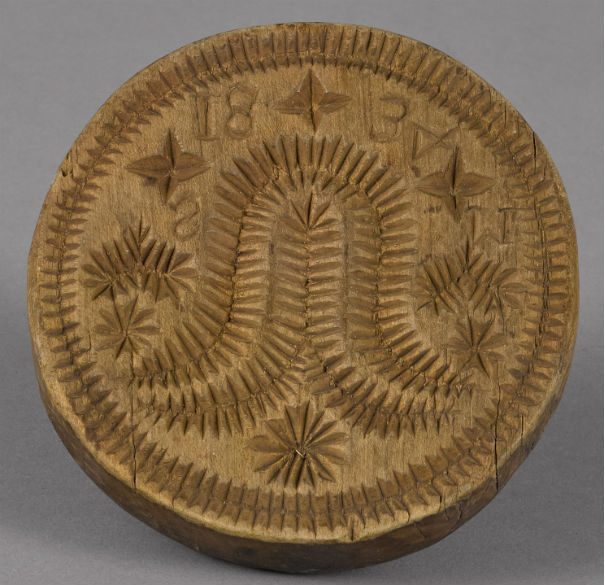 Butter prints were not exclusively American, as fine examples were Swiss, Austrian and English to name a few. As far as American examples go, however, Pennsylvania probably held the biggest share as more butter prints were made here in the 19th century than any other state.

“Before the advent of commercial creameries, people used to make butter at home and they would take it to market,” says antique dealer John Rogers of New London, New Hampshire, who specializes in early American woodenware, including butter prints (aka butter stamps). “There would be roadside markets so people were looking for ways to differentiate their butter from other people’s butter and the butter print was a way of doing that.”

When it comes to collecting, forms are more important than the pattern design with double-sided and lollipop forms of the highest interest, says James Pook, vice president of Pook & Pook, Inc. in Downingtown, Pennsylvania. 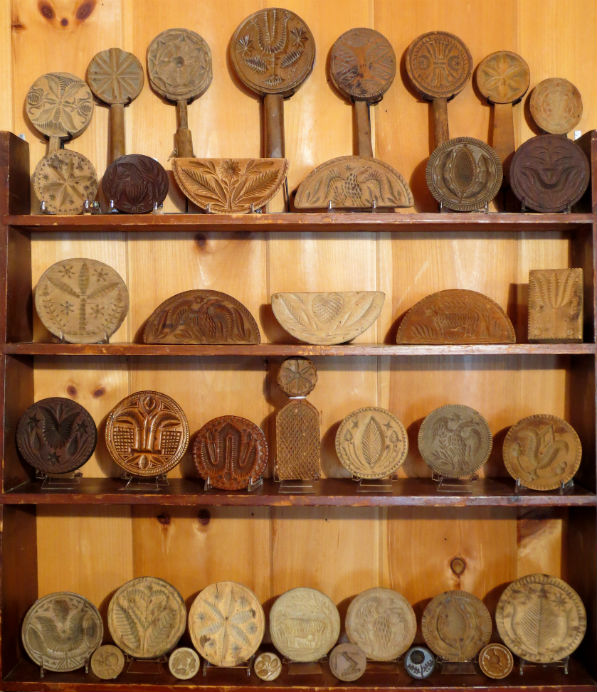 Butter prints come in a variety of forms from the traditional round to a half round, rectangular or block prints and the rare and highly desirable lollipop form. “Some people collect only Pennsylvania Dutch round prints, there are those who collect only lollipops or only collect animals,” Rogers said. “There is a wide variety of preference within the butter print family, I happen to be one who likes them all.”

The rarest or hardest one to find today is called the shouldered oval, he added. “It’s an oval print that has a sort of a side shoulder on both sides. Those are the rarest. They are very hard to come by; they can go for a gazillion dollars.” Semi-oval shouldered prints also can be found. 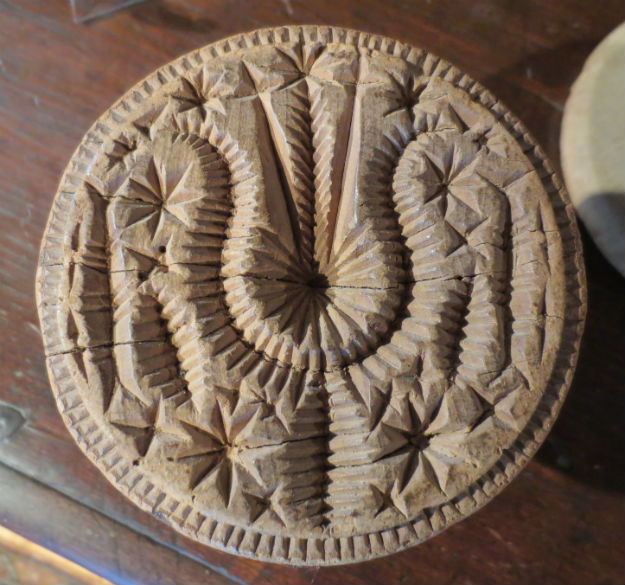 Decorating motifs are infinitely more varied than the forms, ranging from flora and fauna (sheaves of wheat are common) to animals and miscellaneous objects. “The most sought-after designs would be tulips and stars and then the animals. The eagle is a frequently found motif, and the cow obviously is very popular,” Rogers said. “Other animals are harder to come by so a rooster is highly sought after. A beehive and a double beehive are very, very hard to find and expensive when you do find them.”

Craftsmanship and the level of detail in the carving are among attributes buyers most look for. The earliest examples (pre-1860) are the most sought after and all having hand-carved faces. In general, the larger the face diameter a print has, the better. 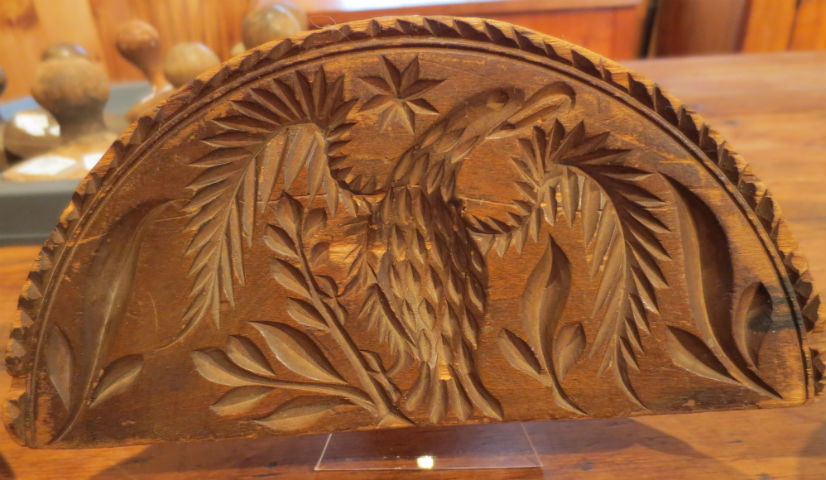 A highly desirable half round eagle butter print. Photo courtesy of John Rogers

“I would say look at the quality of the carving,” Rogers said. Butter prints were made in shops as well as by people working in their own homes so quality varies greatly. “Look for the quality of the carving and the care with which the face of the butter prints is inscribed,” he added. “Is the overall effect pleasing or cluttered? Does the design itself occupy the whole face or is it reduced by easily carved concentric circles, which go around the entire print so the actual print is smaller?

The size of the print itself, its artistry and the obvious skill in the carving are all important as is condition. “This was just a common household tool, so they were not very well treated. Because butter making stopped with the advent of commercial creameries, they were carelessly put on shelves and rodents liked to chew on them because of the salt content in to the wood.” Many of them mysteriously also bear scorch marks, which Rogers said is curious as fire certainly has no part of the butter-making process. 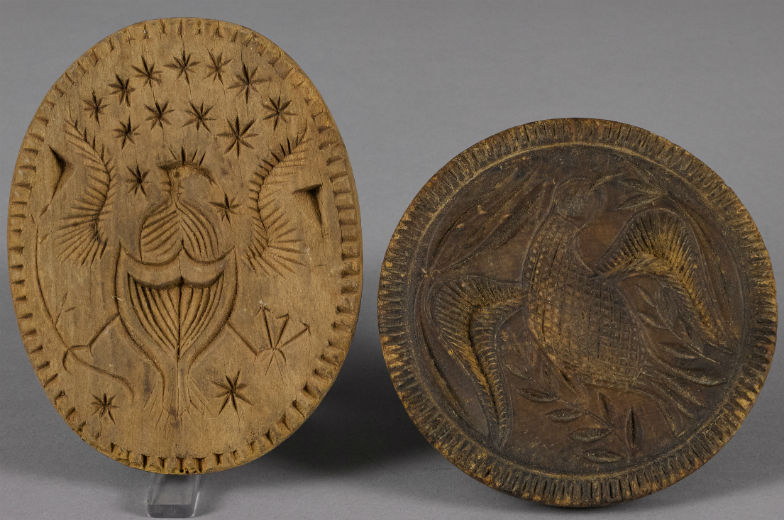 While a passion for Americana has waned a bit in recent years as evidenced by the changing lineup of what once was known as Americana Week in New York City every January, the popularity of butter prints endures. “The market is pretty good,” Pook said. “We sold one for over $9,000 in 2017. As with anything in the antiques market, if you have a great example, it’ll bring good money.” 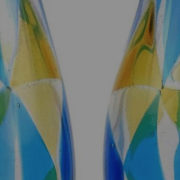 Decorative arts auction Jan. 29 has furnishings from table to ceiling 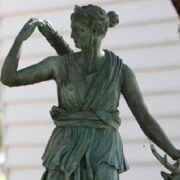 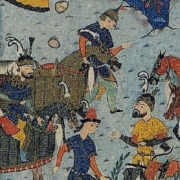 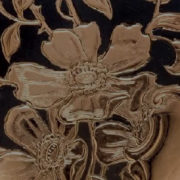