NEW YORK – Since Andrew Wyeth (1917-2009) was homeschooled, he spent considerable time alone as a youth. Although his father, illustrator N.C. Wyeth, introduced him to figure study, geometrics and watercolors, the young man received no formal artistic training. Nor did he study museum masterpieces.

Instead, Wyeth’s earliest works were inspired by solitary walks in and around his hometown, Chadds Ford, Pennsylvania. He found the neighboring Kuerner Farm especially inspiring. Through 50 years, he created nearly 1,000 drawings and paintings of its buildings, landscapes, animals and owners—Anna and Karl Kuerner. 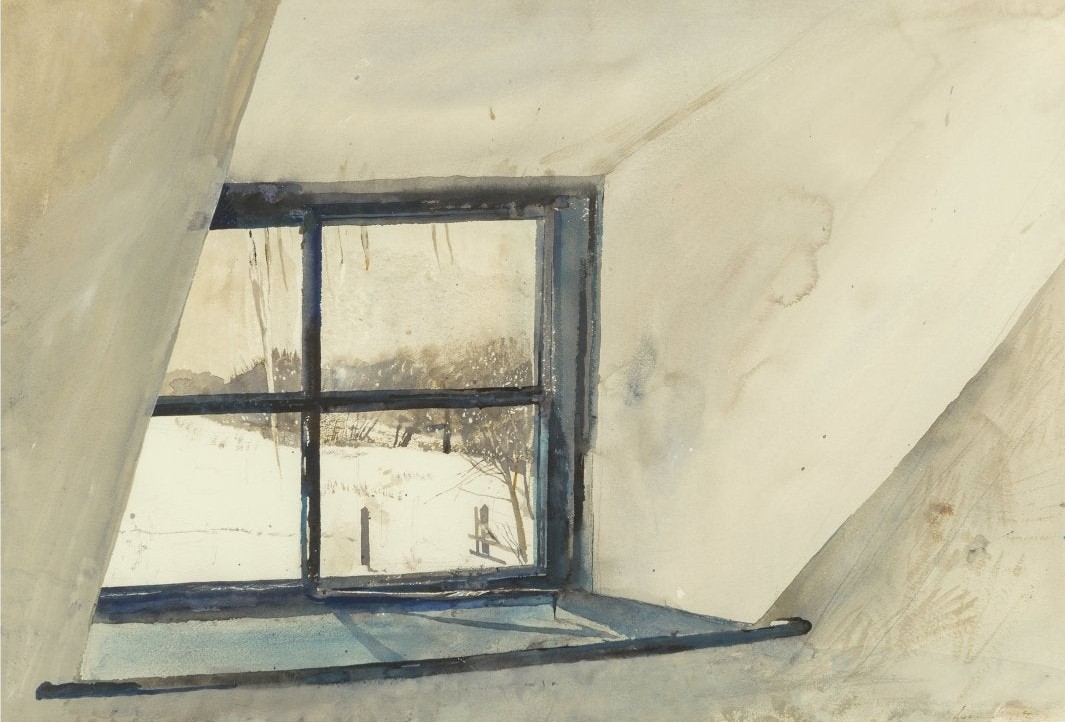 Many of these pieces, like Brinton’s Mill (1958), depict leaden skies above snowy landscapes. “Oh, I love white. Marvelous,” Wyeth said to Richard Meryman in a 1965 Life magazine interview. “My wild side that’s really me comes out in my watercolors—especially of snow, which is absolutely intoxicating to me. I’m electrified by it—the hush—unbelievable … the loneliness of it—the dead feeling of winter.” 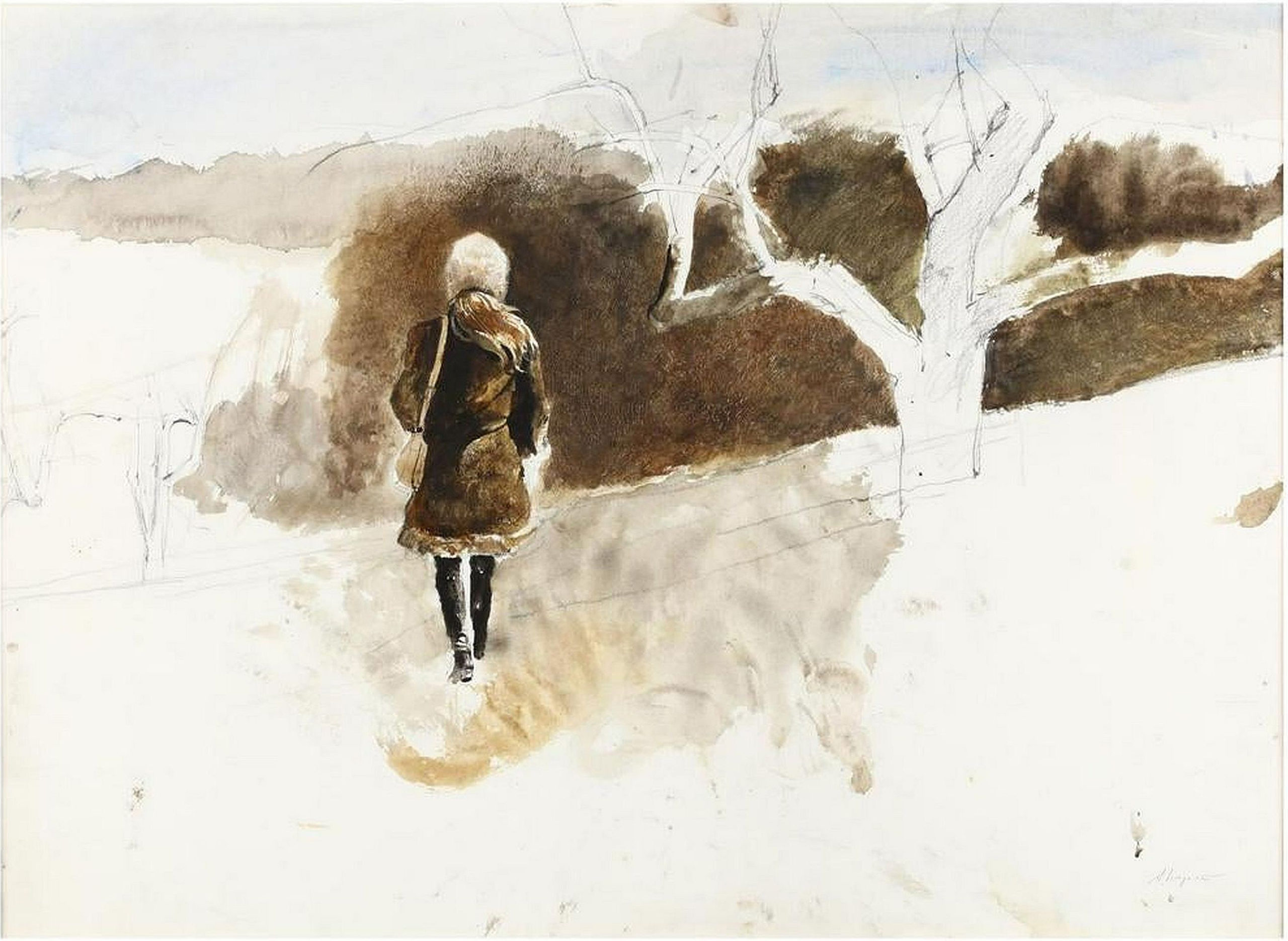 While wintry works by Wyeth may seem contemplative, moody or melancholy, their composition is often dynamic. In the Orchard Study (1972), explains Claire Fraser, fine art and silver director at Leland Little Auctions, “features a push and pull to the image. The dramatic diagonal of the hillside, broken by the lone figure and the outline of the tree, keep the eye engaged.” 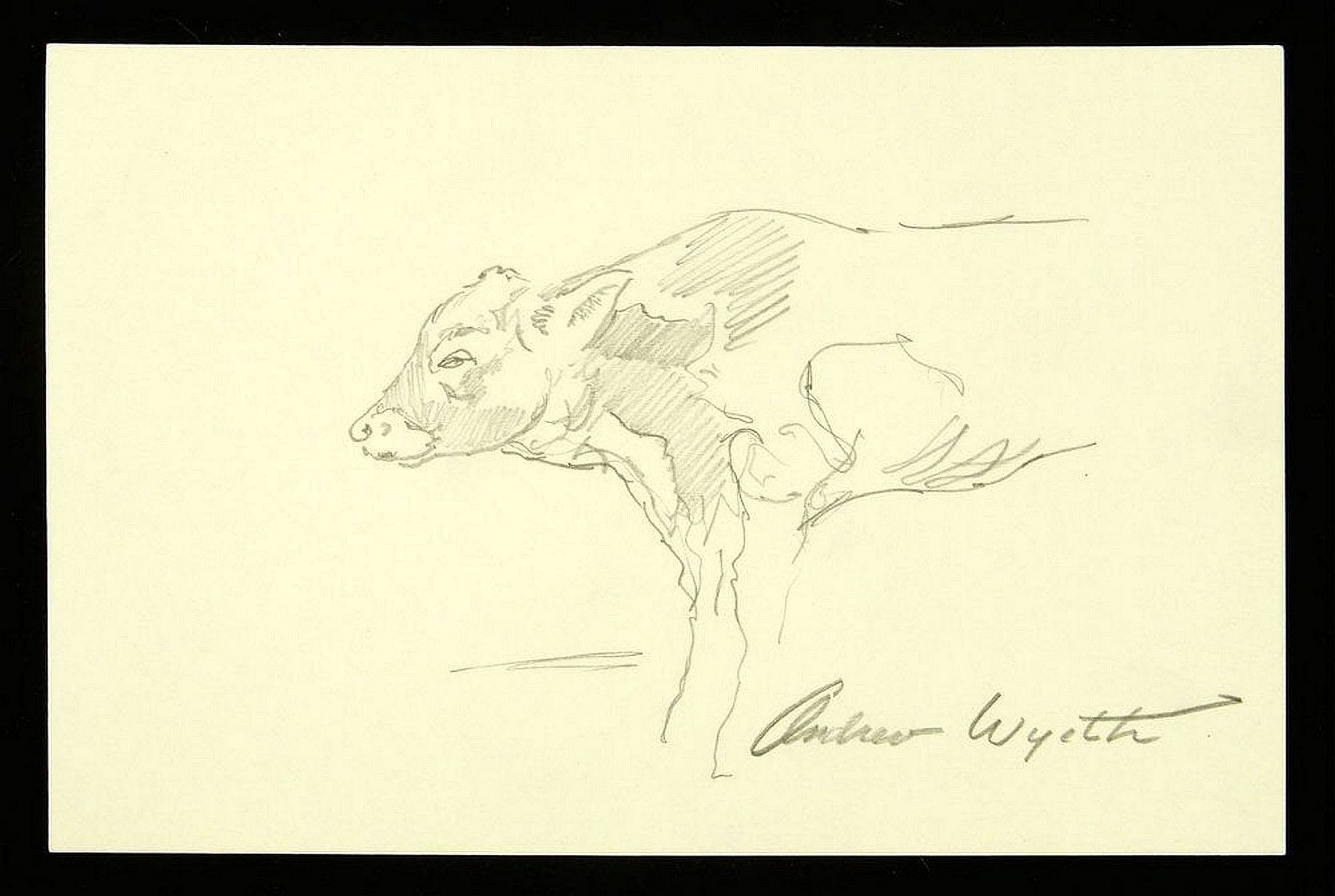 Wyeth believed that strong personal associations, when brought to significant images, imbued the artworks with their human spirits. Winter 1946, set near the location his father was killed, for example, embodies such feelings. So may Snow Hill (1989), which depicts personally significant people celebrating May Day in a winter setting.

Wyeth was not only solitary, but also secretive. In 1986, he revealed that, for over 15 years, he had surreptitiously drawn and painted 240 intimate images of an attractive woman named Helga. Since no one had known about them, they – and the artist – immediately attracted international attention.

Soon afterward, Wyeth’s wife disclosed that his discretion was not unusual. Through their 46-year marriage, he had habitually left to paint without telling her where he would be. Furthermore, she suggested that his secret work imbued his ongoing, public work with visual and emotional power. 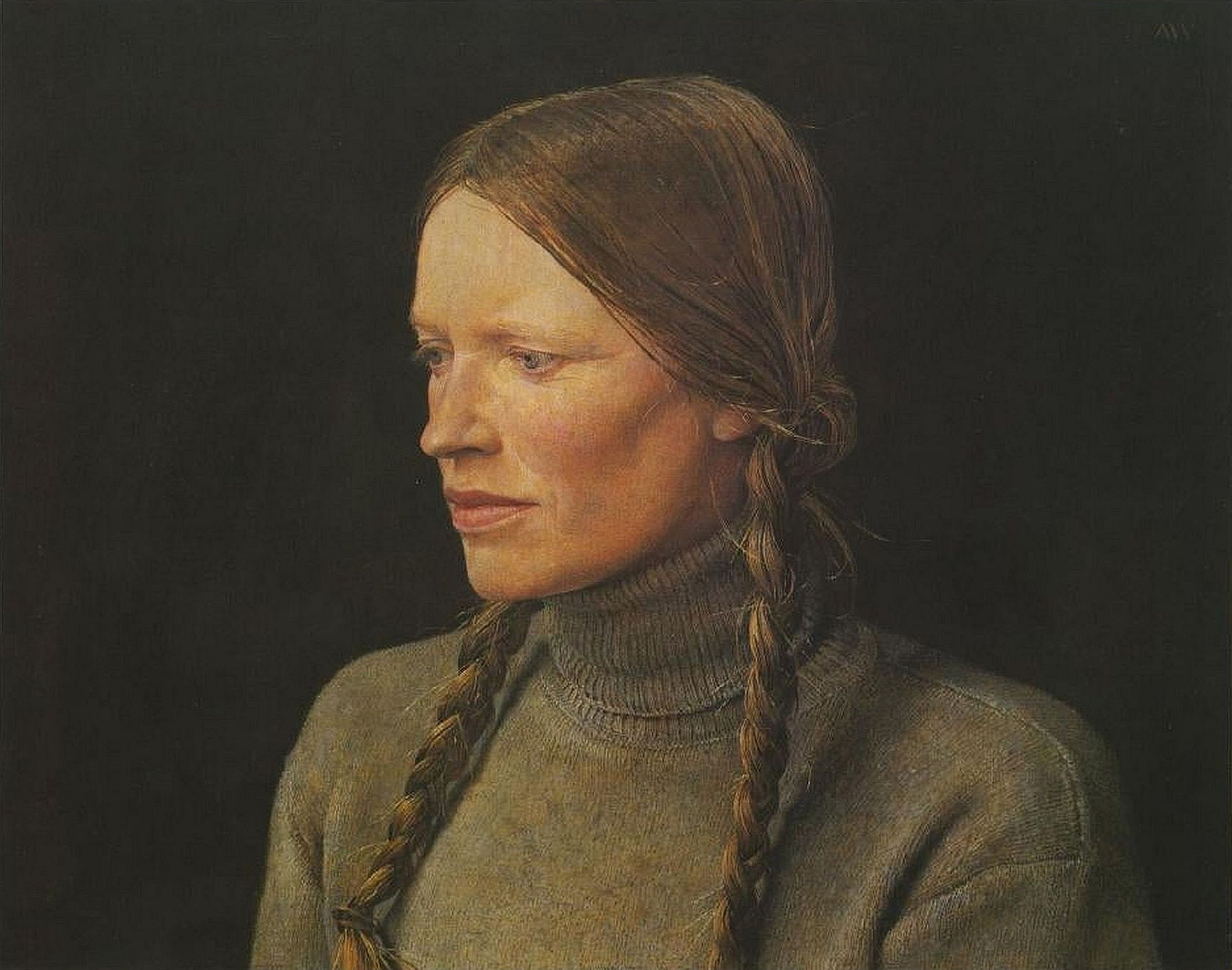 “Wyeth’s Helga pictures resonate with viewers on two levels,” Fraser explained. “They are fascinating in a gossipy sense; but then viewers can place themselves in the landscape or relate it to their experiences and build their own narratives around the scene.”

Wyeth also drew and painted numerous scenes of Cushing, Maine, the site of his summer home. Christina’s World (1948), one of his best-known works, portrays a handicapped woman from the neighboring Olson Farm, dragging herself across a field “like a crab on a New England shore.” To some, its dark imagery suggests abandonment, loneliness or hopelessness. To others, it symbolizes courage in the face of adversity. Wyeth continued depicting the Olson Farm until Christina’s death in 1968. 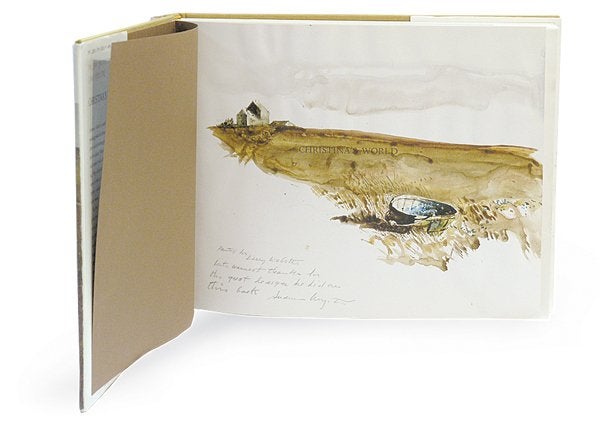 Andrew Wyeth painted this watercolor titled ‘Empty Basket on a Sloping Hill’ on the title page of the book ‘Christina’s World,’ by Betsy James Wyeth, published 1982. The work is pencil-signed and inscribed, ‘Painted for Larry Webster with warmest thanks for the great design on this book, Andrew Wyeth.’ Realized: $24,000 + buyer’s premium in 2010. Image courtesy Clars and LiveAuctioneers

Although Wyeth is often deemed a rural realist, he considered himself an abstractionist. “Most artists just look at an object, and there it sits, ” he explained to Meryman. “My struggle is to preserve that abstract flash – like something you caught out of the corner of your eye, but in the picture you can look at it directly.” To many, his spare images, worked in subdued watercolor, grainy drybrush or egg tempera, reflect not only deep emotion, but also the essence of life itself. In Wyeth’s timeless world, flimsy curtains flutter in the breeze, a sun streak illumines a half-opened door, potted geraniums peek out from a window, and snow flurries caress dry-bone boughs.

As the artist often remarked, “I paint my life.” Today, it touches others. 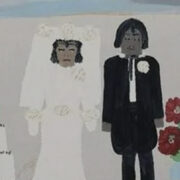 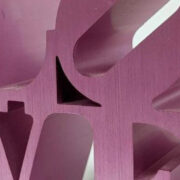 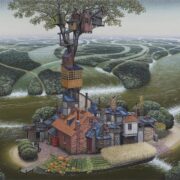