NEW YORK – The legacy of action figures today owes much to the G.I. Joe figures that Hasbro first released in 1964. These vintage toys had it all, from the original series of 12-inch-tall figures to the now-standard 3¾-inch tall figures Most were articulated and they came with weapons, foot lockers, myriad accessories and vehicles, of course. 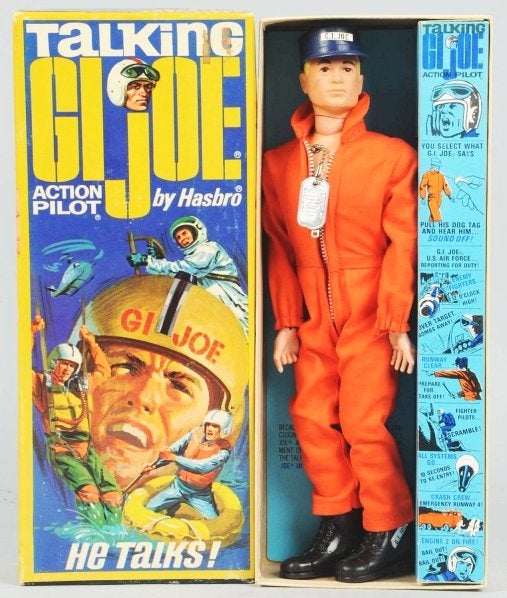 Pull GI Joe’s dog tags and hear him talk. In excellent condition with the original box, this 1967 Action Pilot sold for $1,700 + buyer’s premium in 2012. Photo courtesy of Morphy Auctions and LiveAuctioneers 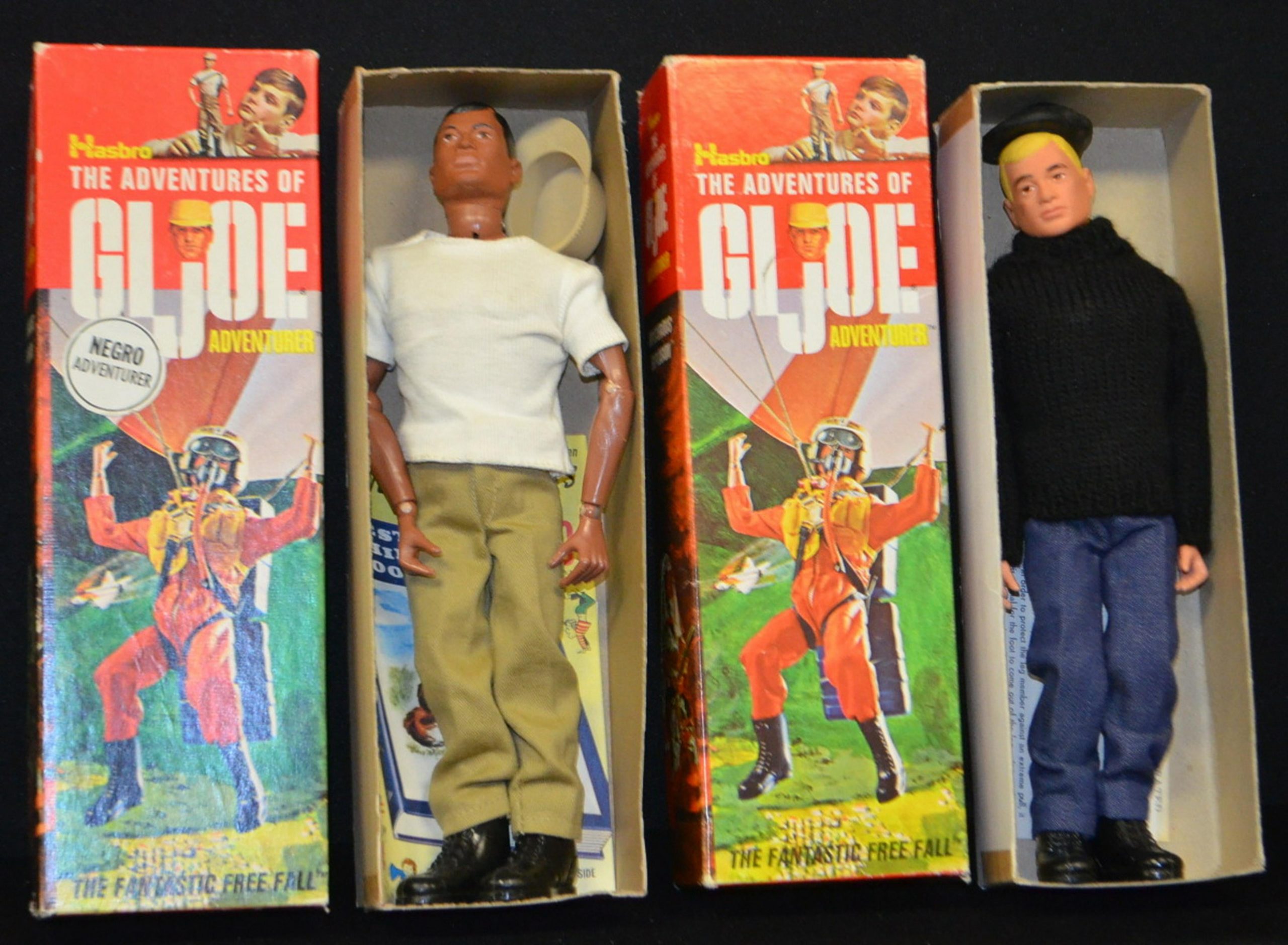 “Vintage is generational. G.I. Joe was the first action figure made for boys. So if you’re in your 50s to 60s, the 1964-1969 12-inch G.I. Joe is what you remember – ‘America’s Movable Fighting Man,’” said Todd Sheffer, production manager at Hake’s Auctions in York, Pa. “That line evolved into the ’70s and when war toys were unpopular because of Vietnam, he became a member of  ‘Adventure Team,’ 1970-1976. Hasbro made accessory sets that were more like exploration or hunting, things not military. There was a brief stint that they did ‘Super Joe’ 1977-1978 and he shrunk to an 8-inch size. These weren’t too popular.”

Action figures need gadgets and vehicles and G.I. Joe has a rich history with all manner of vehicles. “One year after the debut of the 12-inch G.I. Joe, Hasbro presented a ‘5 Star’ Jeep for him to ride in 1965,” according to the Yo Joe website, adding that vehicles have been part of the G.I. Joe line ever since.

The 3¾-inch figures debuted in 1982 and ran consecutively for 12 years until 1994. “Sized to compete with Star Wars figures but this time backed by a TV cartoon and comic book series by Marvel, this is the G.I. Joe of the 30s to 40s age group generation,” Sheffer said, calling this an extremely diverse collection of elaborate vehicles and tons of different characters. “It would be a monumental undertaking to collect them all. This line was resurrected in different forms from 2000 until 2016.”

Sheffer also noted there was also a foreign line in England licensed under “Palitoy,” called Action Man in the 12-inch size and Action Force for 3¾ inches. The smaller figures had less articulation than their U.S. counterparts. 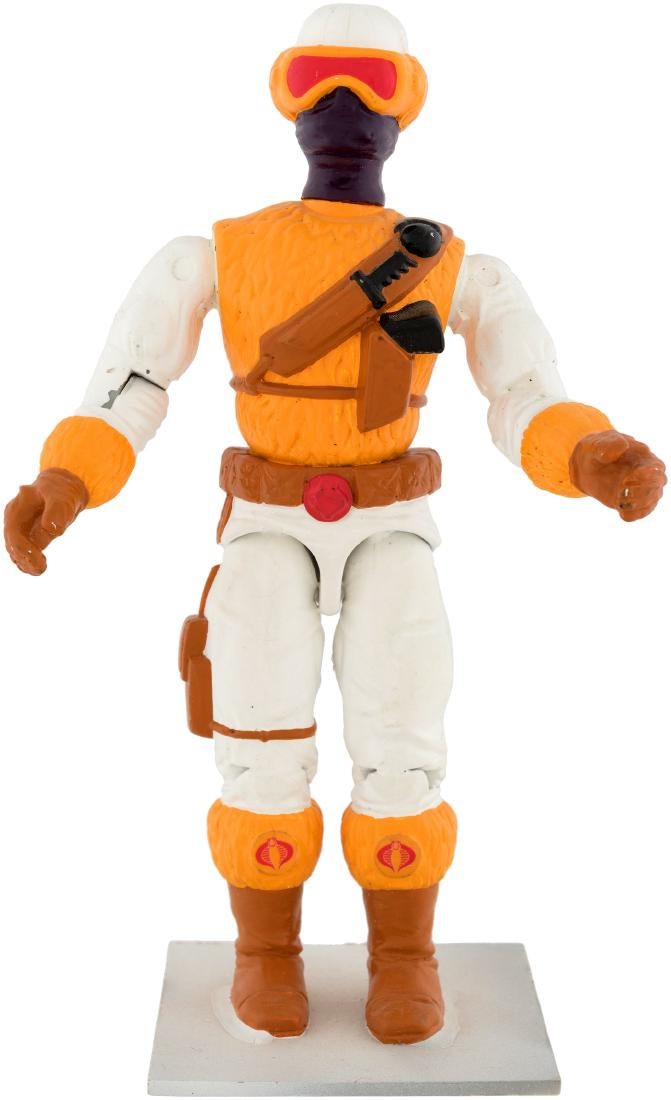 Unlike some other action figures, what set G.I. Joe figures apart (whether the foot high or the small size) is their articulation, making them highly posable. There were four original 12-inch 1964 G.I. Joes: Army, Navy, Air Force and Marine and the 3¾-inch line had about 163 different figures, all with code names, he said.

The bigger the accessory, the more desirable. “The footlocker was a big deal in the ’60s. It was actual wood with a plastic tray to hold loose accessories (guns, grenades, boots) and even a figure could fit in the bottom,” Sheffer said.
Even for the small figures, big accessories tend to bring big money. “The one thing 3¾-inch G.I. Joe had going for it was the vehicles. First is the Defiant Space Shuttle Complex, which is just what it sounds like: a huge scaled Space Shuttle with launching gantry crawler,” Sheffer said. Next is the Cobra Terror Drome — a huge battle fortress playset. “The holy grail for most collectors with a lot of space and a big wallet is the USS Flagg: a 7-foot-long aircraft carrier. “Obviously at a big price point when offered, not too many kids that weren’t Richie Rich got this under the tree. Actually, it wouldn’t fit under a tree,” he said. “This now can bring well over $1,000 loose with graded examples bringing thousands of dollars.” Another large vehicle was the hovercraft called the Killer Whale. “There were about 250 different vehicles in the whole line from palm size to as long as a kid’s bed,” he said.

Among the myriad characters in the G.I. universe, Snake-Eyes remains the most popular and valuable of the 3¾-inch figures. “He was a Ninja all in black so kids loved that. Next would be Cobra Commander, Scarlett, Duke and all of these were in the first rounds of figures. Larry Hama, the artist for the comic book, was responsible for creating most of the characters that then became toys,” he said.

The original figures were stamped with a date on the butt, indicating what year the figure was made. To deter copying, the company also added other copyright configurations over the years such as a thumbnail on the inside of a thumb or a scar on the cheek. 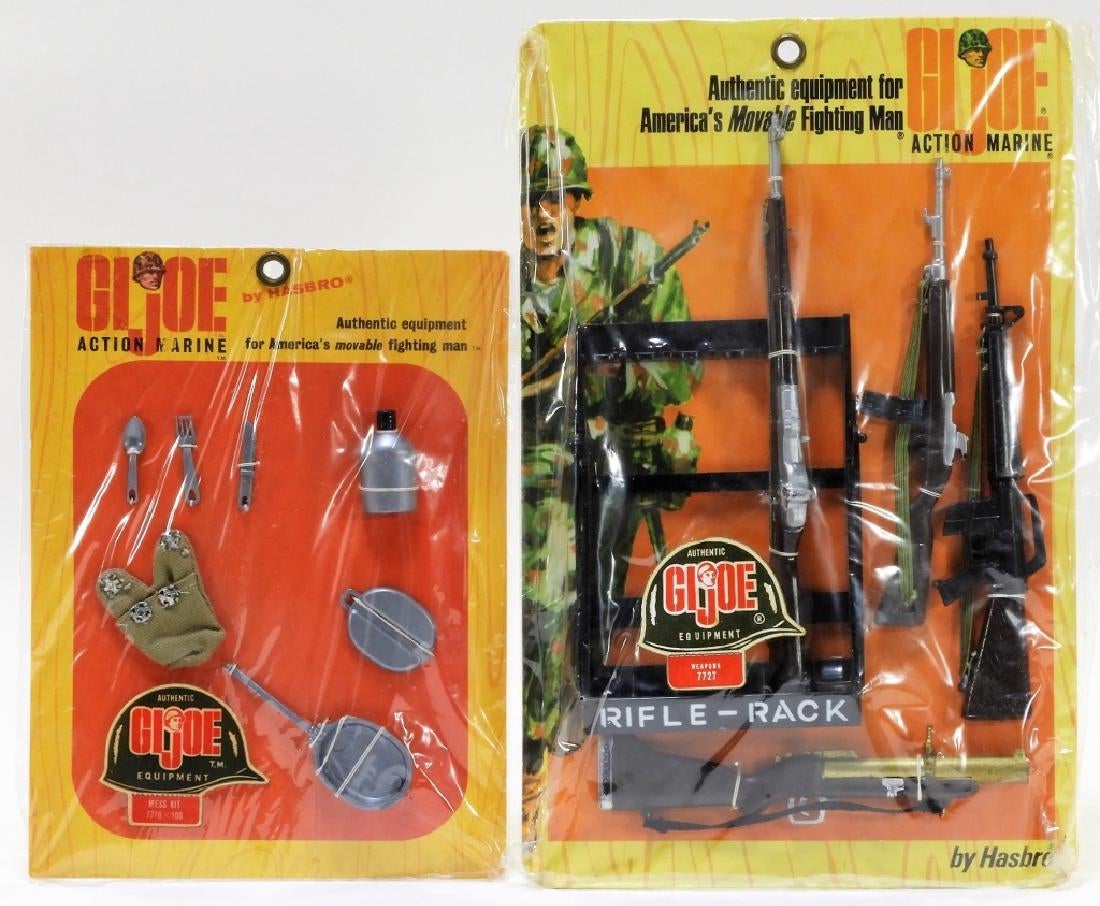 Collectors often seek out carded and boxed items as these usually have the most value but people collect what they can afford or what they like, usually based on nostalgia. Based on when you were born, the 1960s or the 1980 series may be of higher interest, but there is no denying that G.I. Joes have a storied place in toy history.